As the cross section shows, this cabinet really is lab grown and would be impossible without advanced 3D modeling and the latest in complex laser sintering. The opening photo's tie-in with a fine motorcar of Bentley caliber thus wasn't ostentatious. It expressed pride in applying to modern loudspeaker design a similar level of cutting-edge manufacturing resources; and appealed to an audience appreciative of that level of craftsmanship.

The Hylixa concept obviously models a virtual point source à la tri-concentric Cabasse. It's also a curvy passive form of Genelec's 8300 range. It insists on limited cubic volume to maintain its elegant form factor. Principals Ashley May [below left] and David Evans are successful industrial design consultants at Studio17. Ugly and pedantic aren't on their menu. One obvious penalty is very low sensitivity of just 82.4dB. It recalls the gleeful Don Johnson character David Simms needling Kevin Costner's Roy McAvoy for leaving "that monster number" on their golf tournament's score board in the movie Tin Cup. 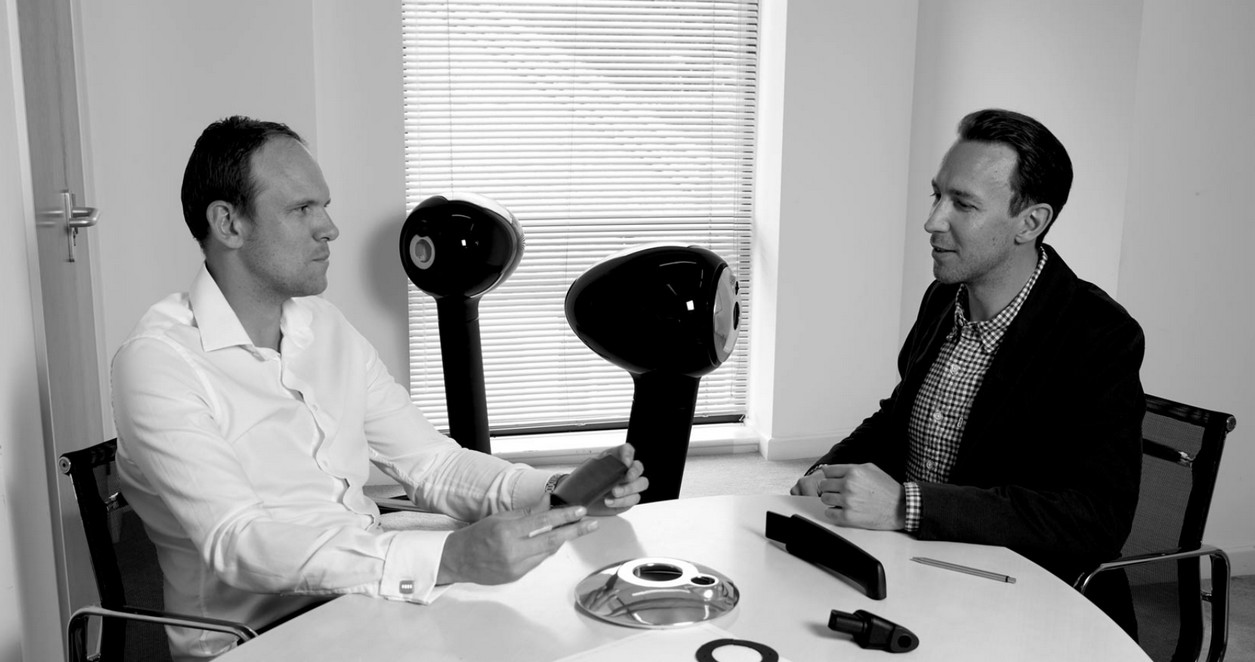 Of course if you play golf and drive up in a Bentley, providing sufficient amplifier power won't be an issue if you mean to go loud. And if you mean to go really loud, you'll be smart enough to start out with something bigger in the first place. Incidentally, the third name on Node's white paper is ex Mission's Christien Ellis of CE Electro-Acoustics. He has previously lent his know-how to Martin Gateley of sound|kaos and Q Acoustics.

If you still can't wrap your head around the model name, remember helix then say hya not goodbye. Voilà, Hylixa. Which begs a question. Why delay half the woofer output by 1.6 meters, then make it exit coincident with the other half? With this inverted bass unit, its back wave exits first right behind/around the front-facing floating driver cluster. Then the anti-phase front wave follows through the three turns of the helix. As the pressure gradient renders suggests, a progressively damped line stuffed with sheep's wool and other filler is rather effective at lowering the secondary wave's power. 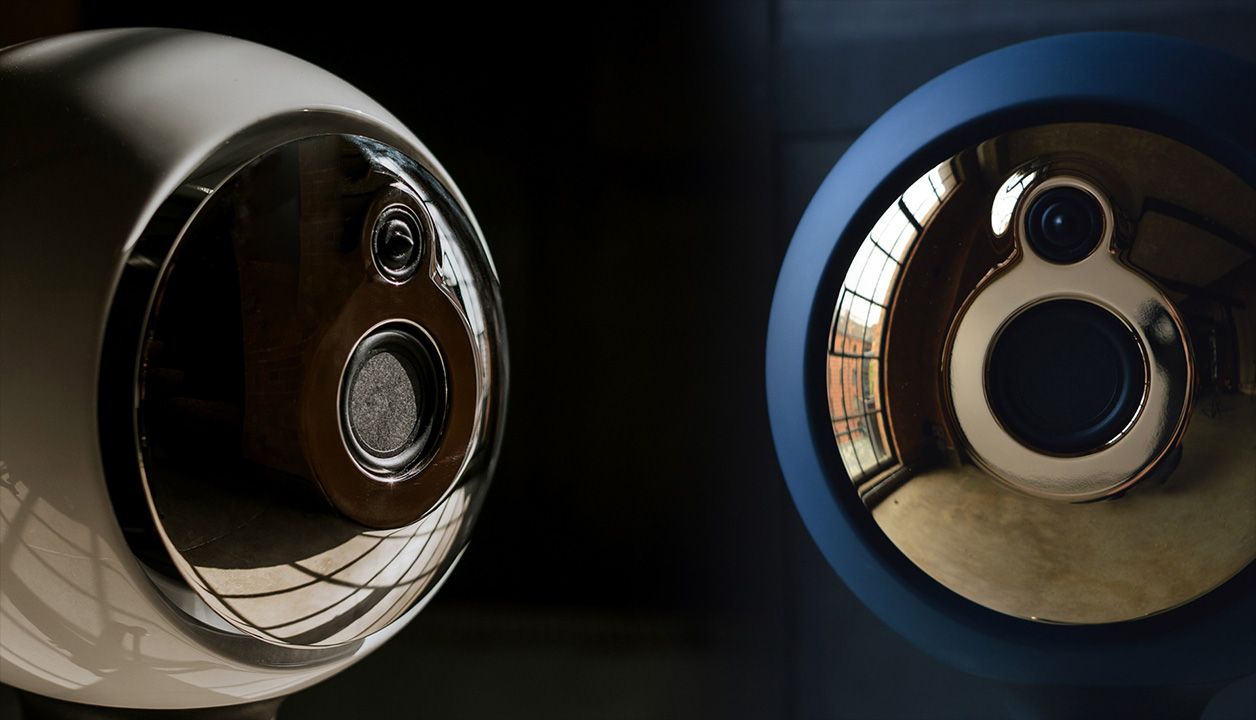 Node explain, "a transmission line is an acoustic wave guide that harnesses a driver's rearward radiation, absorbs higher frequencies yet allows the lowest frequencies to pass through in-phase with the driver's frontal radiation to enhance its output." Hylixa's coincident summing of woofer rear and front waves takes its point-source concept to the ultimate conclusion. Everything radiates off the same circular face even if we should expect ~4.6ms time delay for the spiraling bits. 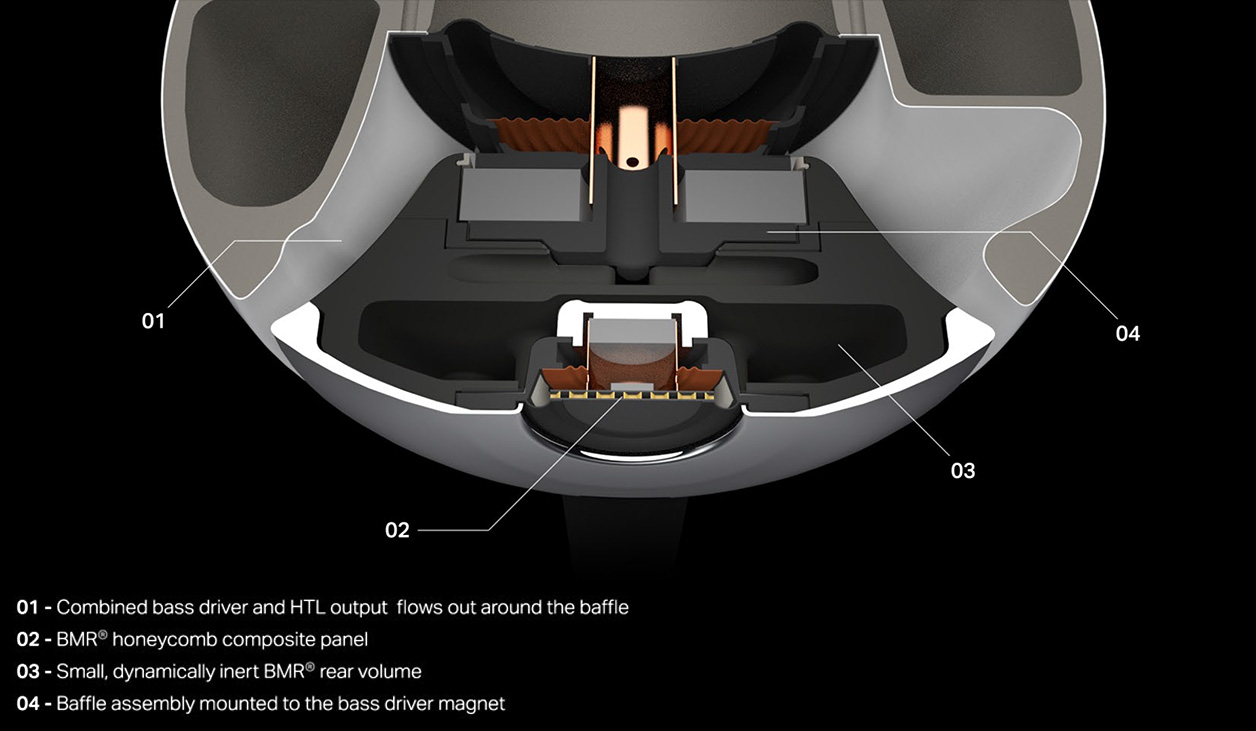 Upscale high-end audio still promotes mistrust whenever anything unusually stylish appears. The sad old mentality of the dumb blonde remains alive and well. Anything prettier—more handsome?—than the rest must fight extra hard to gain respect for its sonic performance. Having ascertained with a few quick glances that Hylixa is uncommonly sleek and cosmetically dialed; having agreed with the white paper's promise of an exceptionally quiet stealth enclosure to expect high dynamic contrast and an acoustic Houdini… pesky doubters nonetheless wonder. Just how much bass extension and SPL can so compact a chassis really support? Will a woofer working in such a high-pressure environment behave with suitably low distortion and linearity?