What's beneath the 404 Reference cover we'll still see but already know from the 404 that George shuns surface-mount parts in favor of thru-hole variants. That's in pursuit of greater rely/repair-ability because "I've repaired, tested and listened to hundreds of vintage tube and solid-state amplifiers, turntables and tape recorders." If experience knows what tends to fail in well-aged circuits, a new design can deliberately compensate. We suspect the same concern for longevity in his choice of control knobs not of the double-tasking push'n'turn type. These only rotate as they did in the 1970s. 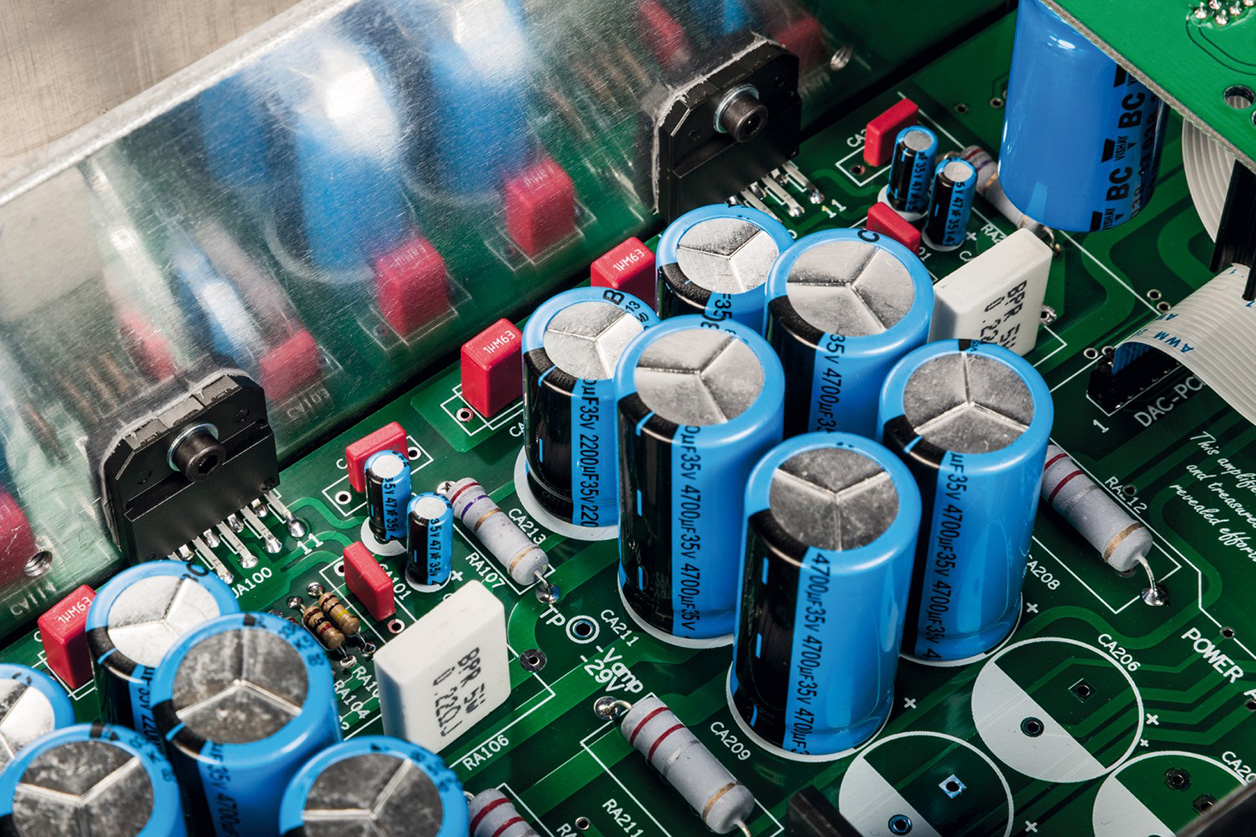 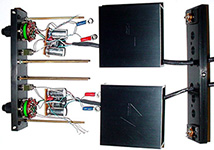 So the 404 Reference is retro in looks, build and proven solutions. Those include the LM3886 part. It's also forward-looking by surrounding the single-chip-per-channel outputs with a truly overbuilt supporting cast; and by aiming its circuit and parts selection at aging well. Who'd know better about that than a prior hifi service tech? How about that 404 'not found' error message? I don't think so. But it could just apply to searching for design mistakes or sonic flaws and finding none? If so, we'll see. First a look at the output stage of the standard 404 above. To a heat sink mount just two power ICs fronted by their capacitor banks. This is clearly an upscaled circuit over the €1'680 Clones Audio 25iRX we saw earlier.

It's why this sells for twice that. €3'000 are also what the original bare-boned 47labs demanded whilst not even offering half the features [at right, its entire gain circuit because dual-mono small power supplies were separate]. Here the 404 platform pays it forward again and not back to the past. The  Reference of course escalates to €5'000 so must pile on interior hardware that makes a really significant difference.

SuperClone²? Not having heard the original, I couldn't tell you about squared. Having heard a number of gainclones, I should be able to tell you about the super bit. Voctave's rendition of the famous song is that already. 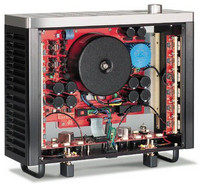 George: "On the clones subject, actually preceding 47labs' use of the LM3886 opamp was Jeff Rowland's $8'000 Model 10 [next page- Ed.] with six of them per channel and an outboard power supply. His Concentra and Concentra II integrateds right, Ed.] still did the same. Of course he also used input transformers as is his custom. His circuit was far more complex so much tougher on DIY copies. The Gaincard was very basic so quite different and my implementation differs again. I started with this part 12 years ago. I made very many variations to learn how to manipulate its sonics particularly with my preceding 2-stage cascoded bipolar preamp stage to properly drive the power stage. I like high-efficiency speakers and tubes but for electronics wanted something more stable. This approach nets me that. Also, the amount of negative feedback I run on my LM3886 is far lower than its application notes suggest." When asked how he managed 15 international distributors in his first year of business—the Model 404 launched in May 2019—George pointed at his CV.

"When I still lived in Athens, I started a hifi distribution firm. That was about 15 years ago. We began with Tripath brands like KingRex. That firm still exists and now represents 30 brands. So I knew the industry from that perspective already. When I left for Sweden 9 years ago, I started working there as a hifi service technician. That taught me what not to do. Anything from the 1970s and 80s we always could repair. I once even replaced the power stage of an old Sansui receiver whose no longer available output transistors had blown with LM3866 outputs because Sansui's power supply had the right voltage. The owner was ecstatic. It sounded better than it ever had. Anything newer where modern SMD parts fail we routinely had to trash. You can't replace such parts. You must replace their entire circuit board. That's often too costly; if a board replacement is even available. Hello built-in obsolescence. I hated that."