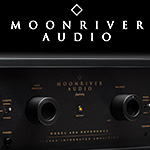 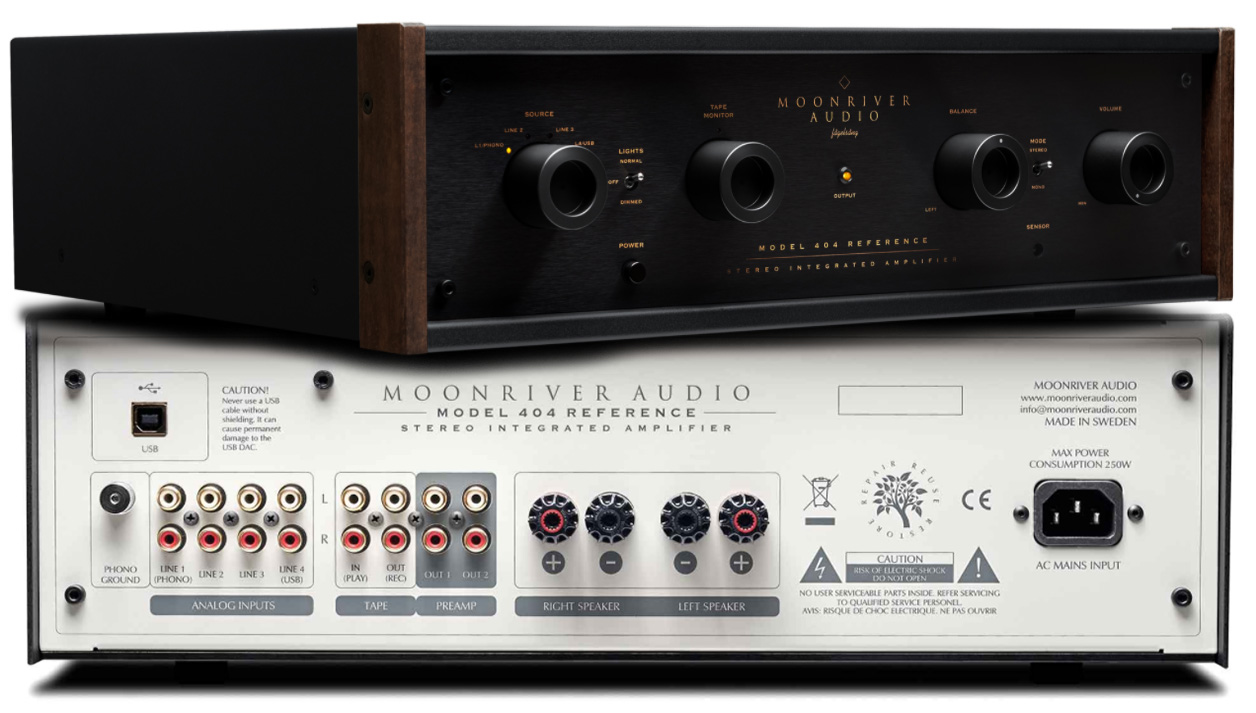 Superman. Super freak. SuperClone. When certain Westerns are called spaghetti not pizza, why not a super clone? Moonriver Audio's 50wpc/4Ω Model 404 integrated already was a rare form of a full-function gainclone. With it the colloquial term just means LM3886-type National Semiconductor output op-amps as popularized by the original 47labs 4706 Gaincard. With the new Reference version, cosmetics, power specs and features of the Model 404 remain virtually unchanged. It's the power supplies which scale up and capacitance which doubles. Said chief engineer George Polychronidis—a very Greek name despite the machine's Malmö origins—"the dynamic character of the amplifier digs out more detail and low-level information; the soundstage is much deeper and articulate; the space between instruments is vast while the bass has greater authority and is more confident than ever before. The texture of each individual instrument is exposed exponentially in comparison with the Standard version. The Moonriver 404 Reference can drive most speakers in the market to significant levels. WBT nextgen speaker terminals ensure the massive flow of current from the amplifier’s output stage to the speakers." 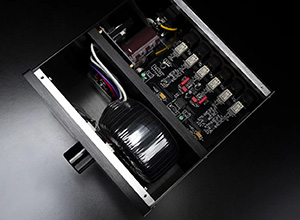 It's how I'd condensed George's press release for our newsroom. By return email, I embedded its link then proposed a review. Self propaganda is how the world spins. I'd been aware of his standard 404 when it first bowed. I really appreciated its concept. I'd many moons prior reviewed the original Gaincard. I'd heard even owned 'clones' from Audio Sector called Patek and, yes, Clones Audio.

The latter still till this fertile field with the new-for-2021 25iRX at right. It's a very minimalist homage to the Japanese pater familias. George's rushes head first into the opposite direction. It does four inputs including optional MM and/or MC and USB. It does a tape loop, dual pre-outs and controls for balance, mono/stereo and display bright/dim/off. It does remote control and some Walnut wood trim like mondo Sansui receivers of yore. Inside are five power supplies, switching by relays and volume by blue Alps.

There's a 30A relay soft start and of the total 107'000μf capacitance, 21'000μf goes to a preamp section. That's another distinguishing feature. It's not just a passive pot with op-amp outputs. There's a fully discrete active preamplifier for a strongly conditioned drive signal.

Hence my SuperClone designation. This isn't a student protester for the less-is-more futon brigade. This is a bon vivant. He sits in an overstuffed purple velvet chair. He's a fully loaded vintage component with all those forgotten very useful mod cons. The company byline is Fågelsång. Germans easily translate it as Vogelgesang so bird song. Super chirp? Already the standard 404 below had a substantial power supply so more craw and peck than tweedle-dee and tweetie-dum. 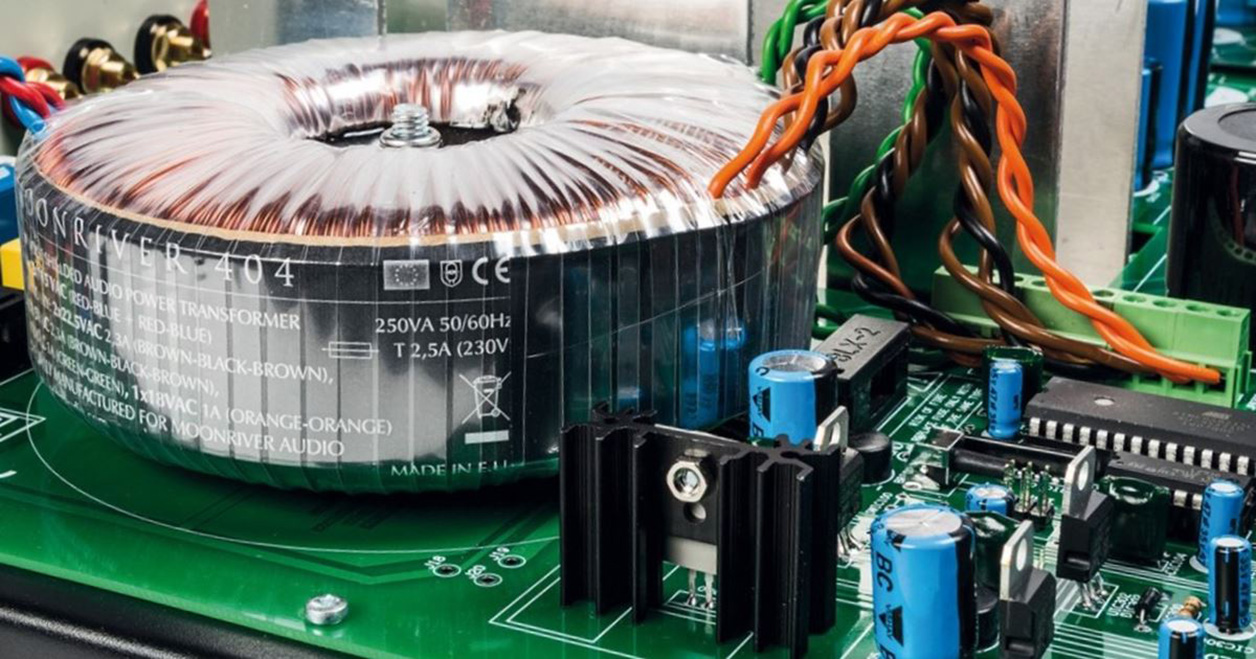