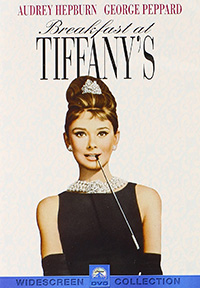 Here are the lyrics of the brand's namesake Henri Mancini song:

"Moon river wider than a mile, I'm crossing you in style some day / Oh dream maker you heart breaker, wherever you're goin', I'm goin' your way /
two drifters off to see the world, there's such a lot of world to see / we're after the same rainbow's end waitin' 'round the bend /
my huckleberry friend, moon river and me…

Rewatch Audrey Hepburn's classic Breakfast at Tiffany's for the original. This 1961 adaption of Truman Capote's novel won an Academy Award for Best Original Song plus two Grammys for Record of the Year and Song of the Year. The song has been covered by the likes of Andy Williams, Frank Sinatra, Judy Garland and Aretha Franklin. "The studio was reportedly worried that Hepburn wasn't a sufficiently strong singer. At first they'd wanted to overdub her. But Henry Mancini, the man behind The Pink Panther theme, was able to create a tune specifically for Hepburn's limited range by watching her performance in Funny Face. It took him about a month to write the first three notes. The rest came to him within half an hour. " It's how Mancini's widow Ginny recalled it in a 2015 BBC interview.

Now we more fully appreciate the connection which brand name and design focus have with the classics. But the song connection might go deeper still. That's because most hifi designers wouldn't attempt another gainclone. It's been done and again particularly in DIY. Remember Hepburn's weaker voice? True visionaries like Mancini develop a perfect solution around it. George Polychronidis too believes that an apparently humble amplifier-on-chips output stage with its high embedded current feedback has spare headroom when surrounded by strong supportive circuitry. Already the standard 404 stood for that. The Reference merely ups that ante on the power supply side. Will Chaka Khan now sing that song? €480 phono board next. 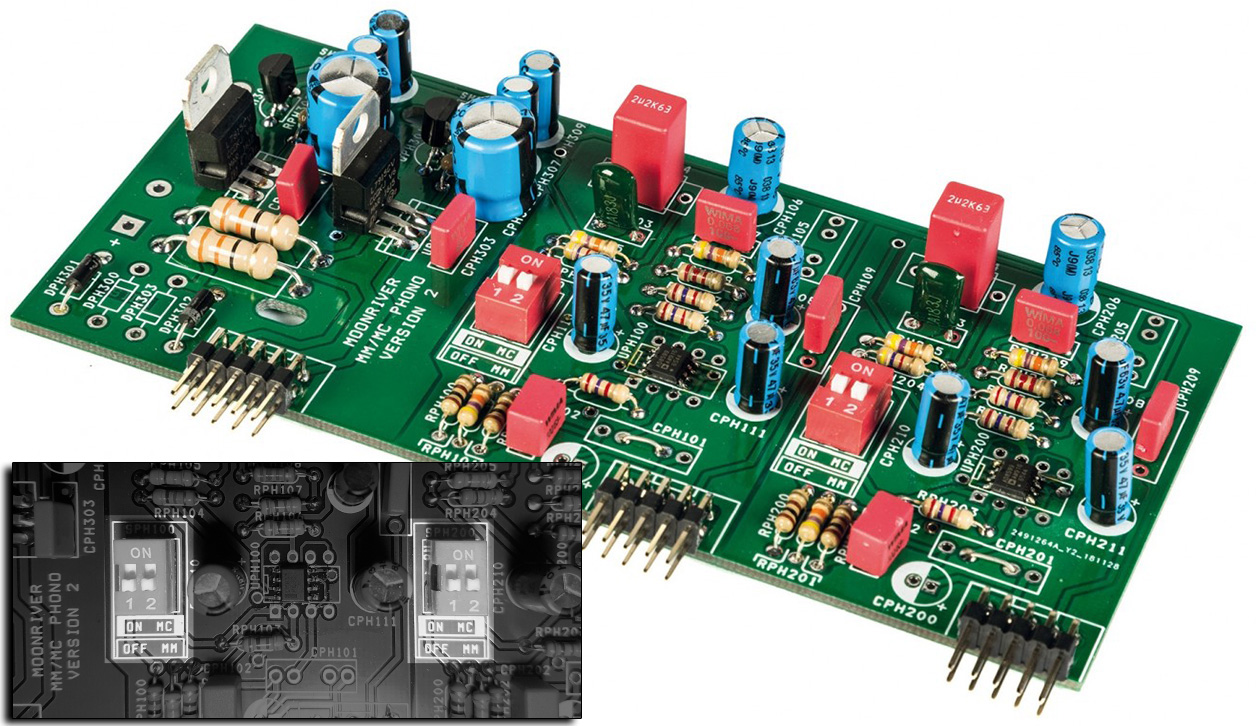 404 error: not found. Barbra Streisand and Elton John did do Moon River, not Chaka Khan. To avoid another error message, we return to the control panel. It reiterates what this SuperClone can do. We applaud classically understated styling, orange lights and matching silk screen. There are no bright digital displays or smudge-prone touch screens. There's no audiophile hairshi(r)tery of eliminating useful features—tape loop say hello to black-box insertion, dual pre-outs welcome stereo subs—but a power switch on the front so you needn't fumble in the back. A balance control can correct for asymmetrical rooms, uneven hearing and skewed recordings or with its center detent bypass the signal path if not needed. No standby means zero power consumption when off is for real and not just 'half'. It also means you won't unnecessarily age parts. And even if you don't do mono records, a mono switch is still useful for dialing in a hifi.

The first €580 USB DAC option for the original 404 discontinued when Asahi Kasei's factory burnt to the ground in late 2020 to destroy their entire production capabilities and choke remaining parts inventories. The Q2/2021 replacement module will probably use an ESS chip instead and offer USB or S/PDIF versions. Like the AK4490-based board, it will again feature separate high-precision clocks for the 44.1kHz/48kHz sample-rate families and run its USB, converter and analog output stages off dedicated power spurs. The full-size 505 phono stage [lower component below] is already in the Malmö works.