LessLoss use the Soekris R-2R board for two reasons: sonics and signal strength. If implemented correctly, the former can be pushed far but most importantly, this solution creates a signal powerful enough to need no conventional output stage. That's why there's nothing between this converter module and its line outs; no tubes, opamps, transformers, even capacitors. Similar circuit minimalism reigns in far more expensive products by TotalDAC and MSB. All internal wiring is LessLoss' own C-MARC soldered in classic point-to-point fashion. Latest-gen Firewall modules locate at strategic circuit junctions. Each small wood compartment filled with hardened resin contains two pairs of these filters. All components and sockets fix to wood. My loaner was the basic Original version but there are two far costlier siblings, the Reference and Reference Supreme. Perhaps one of those will be sent my way in the future so I won't go into them here. 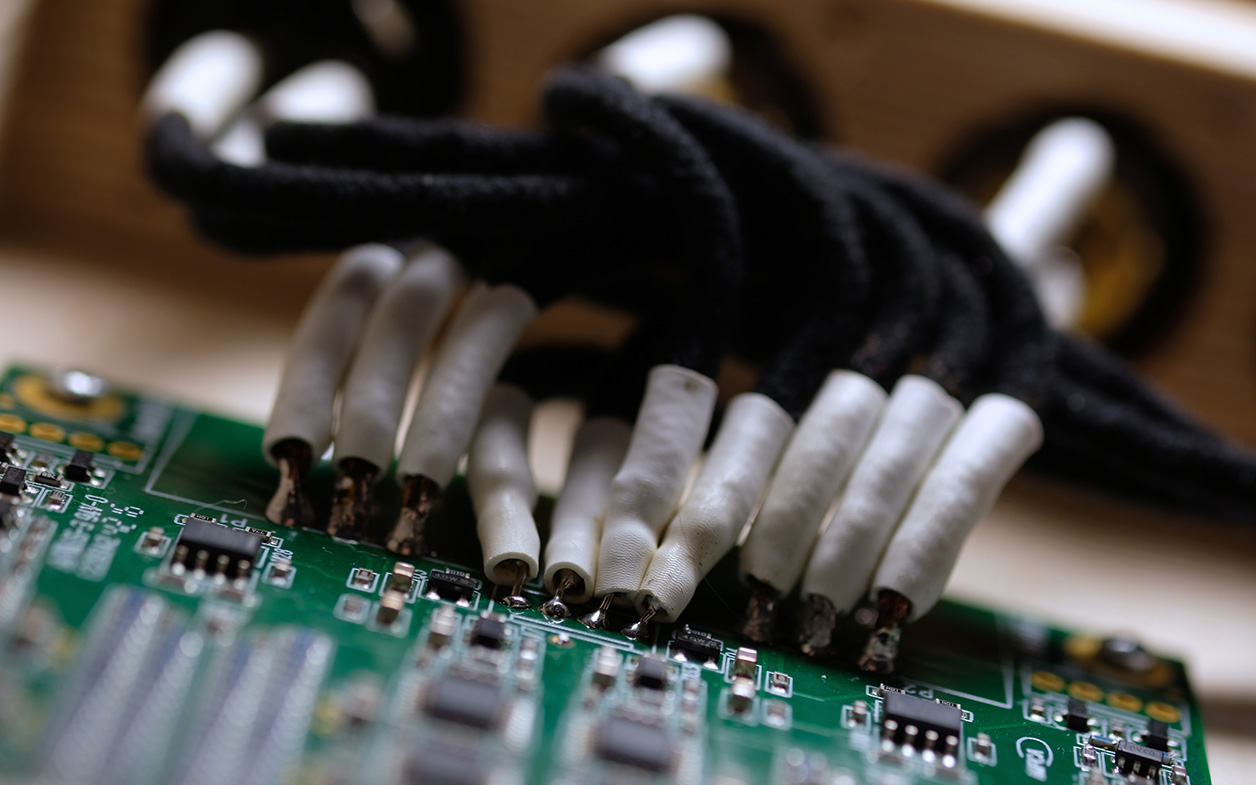 It should be obvious that Echo's End purchasers won't chase parts density or enclosure bling. This is a modest looker designed to score high on performance and ease of use. It's made by people who are strongly convinced that less is more if done right.

To map the Echo's End's flavor, it had to confront my Pacific DAC. To level this skirmish as much as possible, both fed my Trilogy 925's RCA inputs, connected to my power conditioner with the same power cords and occupied the same shelves of my rack. Switching one USB and one RCA cable was all it took to compare them. Familiarity with previous LessLoss items and a fair share of R2R DACs set mild expectations prior to the first audition. These included a pristine black backdrop, pleasant moisture and overall elegance. The only question was about sonic costs. The Echo's End's asks significantly less than my reference after all. In any case, my educated assumptions turned out to be spot on. This indeed sounded like a signature LessLoss product. It behaved in a very particular yet very different manner than my daily source.