The shipment arrived inside a cardboard box so a first layer of foam and bubble wrap. Then came a quality flight case. In it I discovered a perfectly secured deck absent any accessories one might deem standard for such a component. No power cord, no manual, no remote control, nothing but a DAC. Early on I assumed a mistake but soon figured out that it wasn't. The Echo's End is many things but not 'normal'. If I had to point at the most minimalist hassle-free machine of the sort, today's would be it, no question. It measures 375x230x55mm WxDxH and weighs ~3kg, next to nothing once its full-size frame is taken into account. It accepts up to 24/192 PCM and DSD128 via USB. That's it. Should you need MQA and/or quad or octa DSD, look elsewhere. I could care less. My music collection consists of about 95% RedBook. That's 16/44.1! 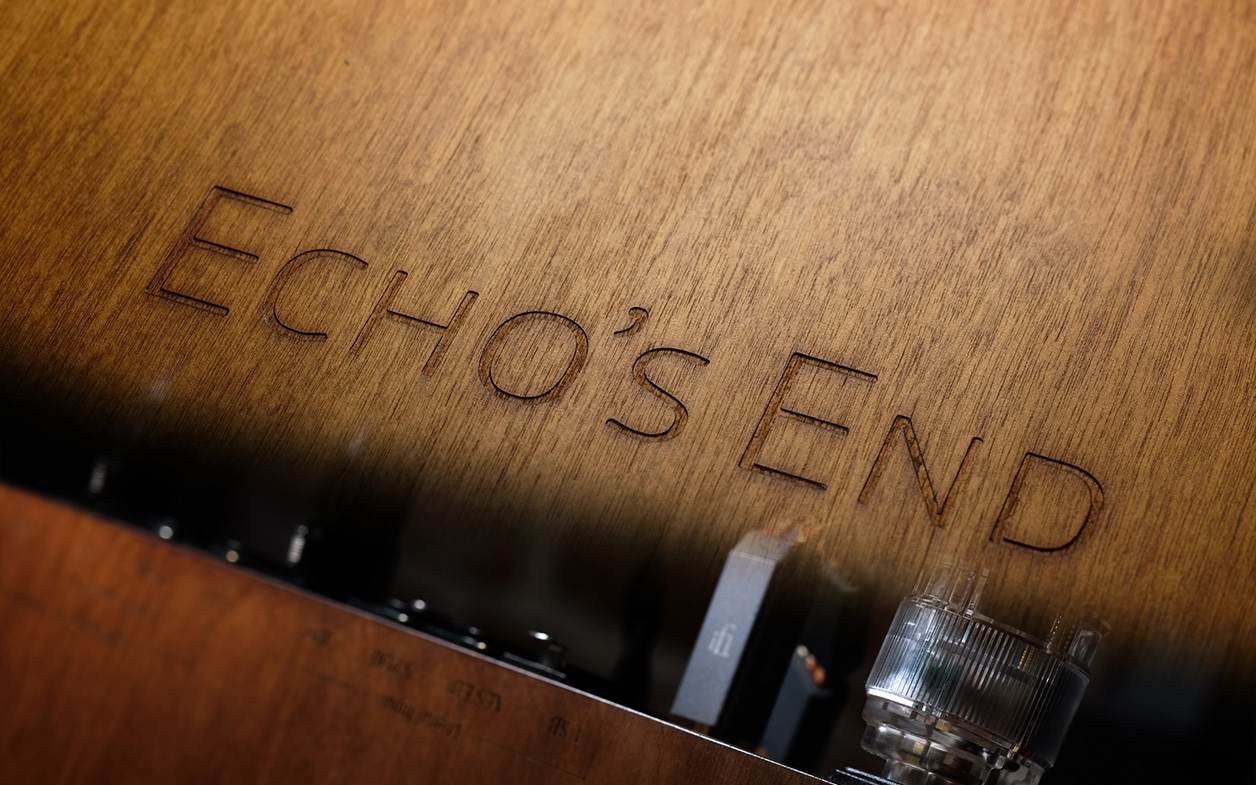 The Echo's End's entire enclosure is made of stacked Plywood. The first thing to notice is the lack of any switches, knobs or lights. Even a power mains is absent. The only additive ornament is the model name engraved on top plus a petite brass logo on the front. That's it. LessLoss clearly pushed for not just visual but also operational minimalism. Once powered up, the machine simply stays on. It's always ready for signal and thermally stable. On its rear there's the main IEC inlet, four auto-sensing inputs of USB, AES/EBU, coax and BNC plus 1.4Vrms RCA and 2Vrms XLR analog outputs. This wooden deck arrived without feet, hence not even the tiniest of rubber bumpers. My loaner instead arrived together with the company's own Bindbreaker feet which they sell separately. I'd thus use them in this review. However, these decouplers deserve their own standalone writeup so here we'll skip over them entirely.

I wanted to photograph the innards so removed several screws on the underbelly. That revealed unusual innards. The internal PSU with small toroidal transformer plus separate stabilization circuit wasn't unusual nor was the Amanero USB transceiver. Many DACs use it, my reference LampizatOr Pacific included. Neither was the discrete R2R board by Soekris Industries from Denmark new to these eyes. To judge a book by its cover, these parts could imply a basic OEM solution in a wooden box and no more. Not. 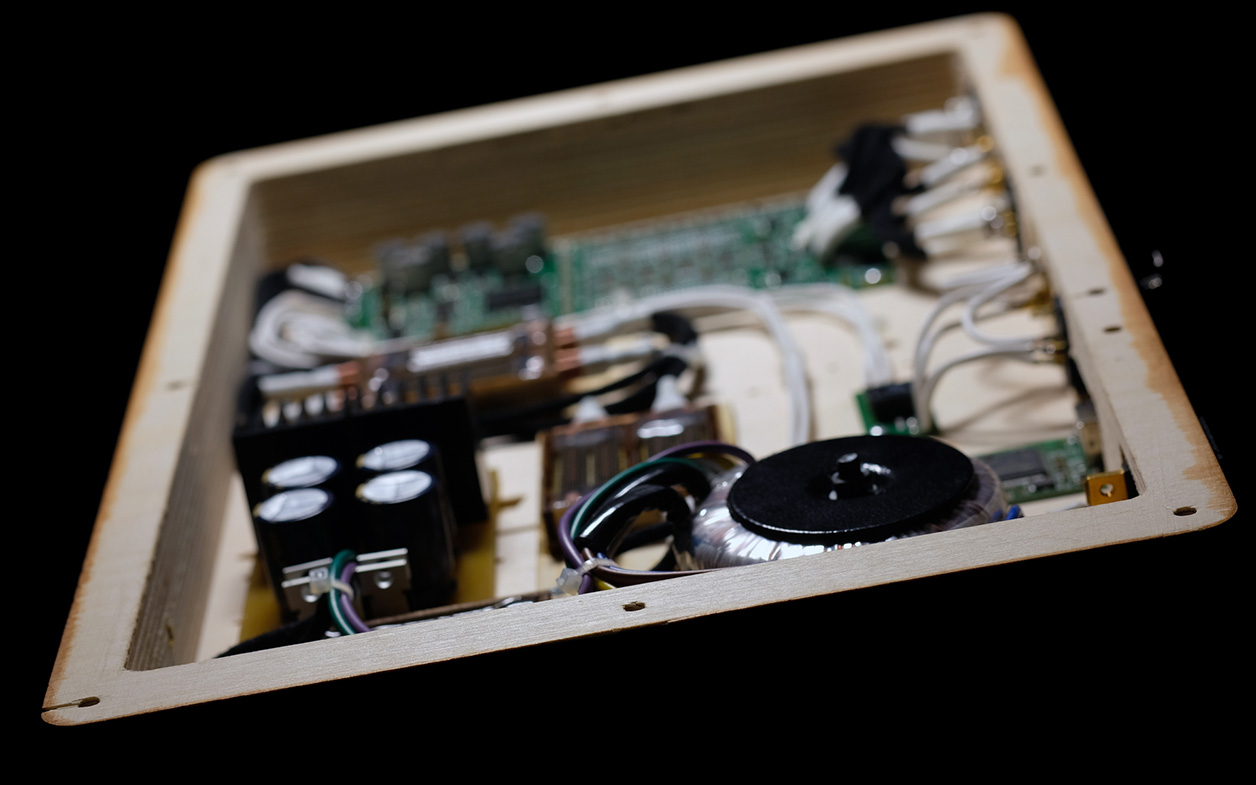 Inside and out the Echo's End applies extensive noise reduction treatments plus careful parts and material selection. The company's design ethos upholds several firm principles and to understand them is to grasp the concept behind our DAC. First off, plastics are taboo. If they absolutely must be used, they may only be clear or white as one can see on the heat shrink of their cables and also here. Wood enclosures avoid EM reflections and mechanical ringing. Mechanical grounding relies on fastest possible egress of vibrations. That explains why this DAC shuns rubber feet or any other springy parts. LessLoss favor solder over clamped joints, aim for lowest resistance and high efficiency. Their power circuit contains no traces but solid-core 4mm² point-to-point copper connections processed with their Entropic method developed for the new Firewall for loudspeakers. And there's more.