V. It could stand for victory, vapor or value. Some find costly boutique parts from Jantzen/Duelund vapid. Just so, €10'745/pr for a sound|kaos Vox 3awf with stand or €12'000/pr for our Kaiser on stand buys them. A €12'400/pr Børresen Z1 with stand does not. sound|kaos go further still with 4 x LessLoss Firewall for Loudspeakers passive noise filters to load up their expenditure. Like Kaiser, they also give us eight drivers per pair, not four like a Z1. As to exotic drivers, all hit equally hard. There's a proprietary AlNiCo widebander with bronze basket, Raal ribbon with bronze plate and force-cancelling custom carbon woofers for the Vox 3awf. There's today's Ellipticor tweeter, Satori mid/woofer and matching force-cancelling passive radiators. There's a custom ribbon tweeter and carbon-fiber mid/woofer in the Z1. On sheer pedigree, that's a meeting of equals though one does expect cost savings for Børresen's in-house driver production. In this lineup, the Dane plainly comes in last on driver quantity and cone surface. One expects the same for raw build cost including Chinese-sourced HDF cabs. sound|kaos use Swiss-made solid wood enclosures, Kaiser's German manufacture the most complex cabinet geometry then tankwood/carbon baffles. On value, that's a clear last place for the Z1. Do the Swiss or German win such calculations? Reviewers never see bills of material. I wouldn't know. An educated guess calls out the Swiss bill as probably heaviest. On perceived value including size, the average shopper should call Kaiser the host with the most. 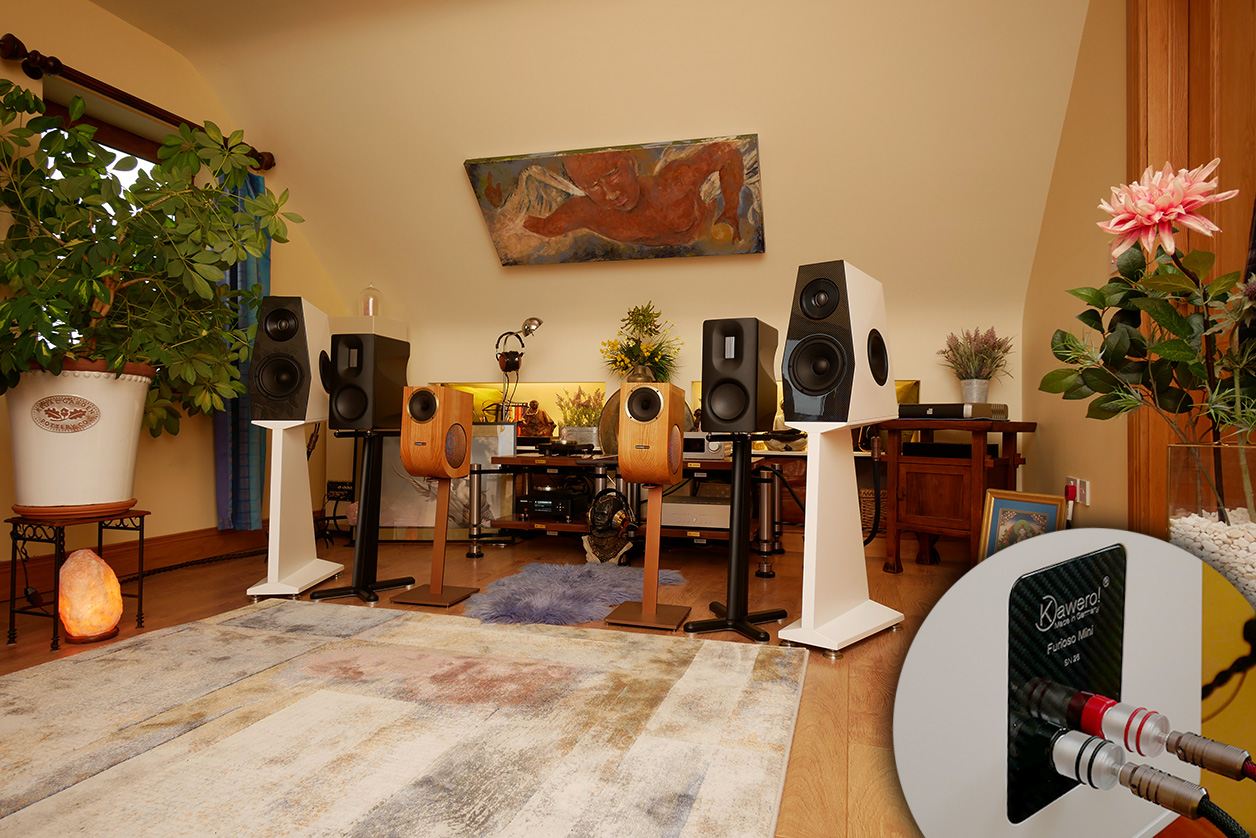 What we can say on just specs is that in the high treble, all three should be similar. In the lower treble, the sound|kaos up-to-10kHz widebander applies the most cone surface to possibly appear most dynamic. For brilliance and sheen, the ultra-light Børresen ribbon thrice as large as the Ellipticor might just take the lead. In the vocal range, only the 3-way sound|kaos widebander doesn't double as bass maker. From that some could expect superior dynamics across its bandwidth. Without argument is that in the bass, the cone area for a Z1 is just 4½". The twin woofers of a Vox add up to 7", the mid/woofer of the Kaiser augmented by its passives exceeds a 12" woofer. That has obvious consequences on raw reach, air displacement, visceral kick in the upper bass, color saturation and more. Here Furioso Mini brings the biggest gun to the fight. That feeds back into perceived value. Let's find out how it translated in the seat.

Versus the Z1. One of my musical tour guides was this track from Mike Massy's Naseej for its lyrical and hammered Fazioli concert piano plus bowed cello, plucked upright bass, hand drum and higher male vocals. For the believable projection of a concert grand's facsimile relative to raw size and sonorous tonality, the Kaiser was far ahead. It backed up Ayad Khalifé's dynamic passages where heavy hands reach into his lower registers with far more weight. Brother Sary's cello too was more woody and big. On the flip side, the Børresen shone rather more light on the piano's metallic overtones reflecting off its hard-lacquered cover, on the bow's varying pressure activating the cello strings. The Kaiser focused me on the cello's reaction of resonant spruce and maple. Børresen made me see the action of about 200 hairs worth of friction causing strings to vibrate before any tone wood responded. The Furioso played it denser and earthier, the Z1 more light-filled and separated. That aspect of greater apartheid between simultaneous sound sources suggested higher resolution so more virtual seeing. The smaller speaker also set the soundstage farther back to create more distance, layers and depth of field. The denser thicker Kaiser which clearly agitated more air was closer up and not as teased out and specific. It spoke more to my gut; less cerebral, more sensuous.

We see how each speaker's core of qualities had a counterpoint in its opponent. How you weigh and rate their perspectives depends on bias. Say you applauded Kaiser for their greater richness and substance. In the same breath you'd have to chide Børresen for being comparatively lean and thin. But dislike Kaiser's take to find it thick and less precise and you'll instead congratulate Børresen for being more lucid and transparent. Likewise if you prioritize percussive exactitude and incisiveness. The lighter quicker Z1 will be the more energetic, crisp and locked to the leading edge where the Furioso follows through with more shove from the hip not shoulder. 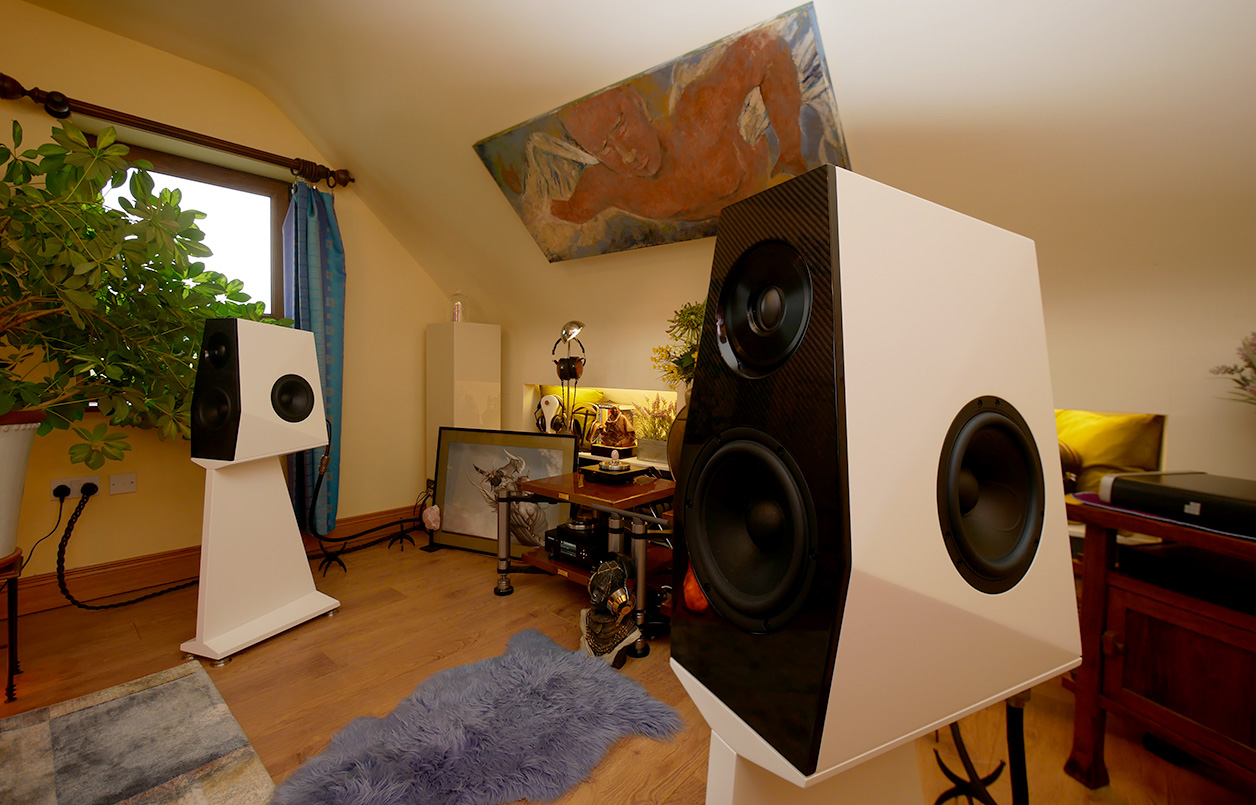 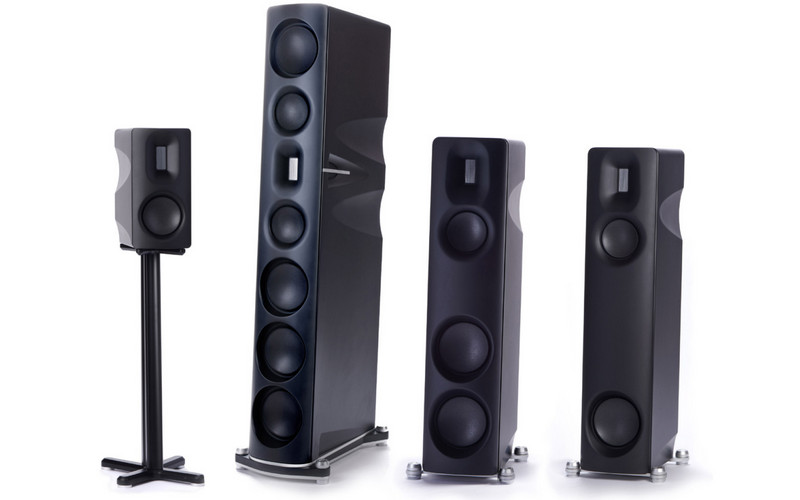 Should you pursue tonal weight, image density and that certain darkness which only comes with more in-room bass, the heavier Kaiser must have your vote. Fanciers of cymbals, triangles, singing bowls and other long-fading champs who with their attention apply a virtual stop watch shall find the Danish ribbon more spectacular. Likewise for its companion, a very low-inductance mid/woofer with deeper-throated intimacy on close-mic'd vocals. Kaiser's compound 12-inch woofer per side behaved far closer to adding our 12-inch downfiring Zu Submission subwoofer in the room's left front corner to the Z1. I tried. Unassisted however, the Børresen was an animal of very different spots. Call it a cheetah not wildebeest.

Saying the same thing the other way, Kaiser practically sunk a passive 12" subwoofer into a monitor box. In the Danish catalogue's Z range shown here across its four models, the Z2's 8" woofer at the far right sums to a 11.3" woofer with its other channel for a quasi mono sub. The Z3 to its left runs one of these 2 x 8" 'subs' per side to add virtual stereo subs to the monitor Z1, just without active-drive benefits. In this context, the Furioso is essentially a half-size Z3 and also sells for half of Børresen's €23K.

Given the design concepts of Z1 and Furioso Mini, my sonic observations were perfectly predictive. Covering them still served a purpose though. Closing out this A/B, we might say that where the Danes spread out certain design decisions across consecutive models, Kaiser pack them all into a single model. That has clear advantages for certain sonic qualities, relative disadvantages for others.