Caesarium II. With the Wyred having flushed Caesar's proverbial pipes for a quicker more energetic delivery, this next cut from Hasan Isakkut's Journey album showed off truly porky popping bass. It gave the tune a far sassier far more swaggering attitude than the Final D8000 planar headphones on the work desk managed right after. What a reality check for small versus big bass living on a very different page than just impressive reach. That really brought home the snotty not streaky Balkan bacon baked into this number. With it the Furioso also showed off cracking dynamics. Those clearly were compliments of elite drivers in a very quiet cabinet. This speaker can go loud without strain. It means that dynamics scale up without obvious compression – at least still within the realms of relative civility. And this cut really does want to be played at stout SPL.

If you don't mind indulging more Turkish vistas, let's do the same album's bucolic closer. It replaces the earlier solo trombone then trumpet with a lead clarinet in G. In typical Ottoman style, the cyclical melody is covered in massive parallel by numerous instruments in unison. It creates gorgeously stacked compound timbres that the Kaiser naturally made the most of. I felt like I was watching a lazily turning Feng Shui prism break up white sunlight across all the rainbow's hues. You never know which, only that they'll all be equally brilliant.

For some literary accompaniment particularly to this latter tune, I heartily recommend Jason Goodwin's Yashim novels set in 19th-century Istanbul to delightful prose in the historical crime-fiction mystery genre. They're most colorful yet concise reads, on par with Eliot Pattison's Inspector Shan series set in Tibet but of a vastly different flavor. And 'most colorful' also describes our speaker today; that and 'well fed'. No fat shaming here especially when removing the DHT preamp had struck that word from the register. Its replacement should probably just say 'robust'.

Robustness applied equally to bass, dynamics and color intensity. It would be too lazy to invoke built-in tubes. Though such a generic pointer might fit the color temperatures, it wouldn't capture the truly ballsy bass nor dynamic dynamite unless we specified a big push/pull tetrode VTL. What Kaiser routinely show with are Kondo electronics so some thermionic tie-in is relevant. Technically, it's a benign impedance curve for easier drive. Our 25wpc Bakoon AMP-13R upstairs clearly had zero issues. 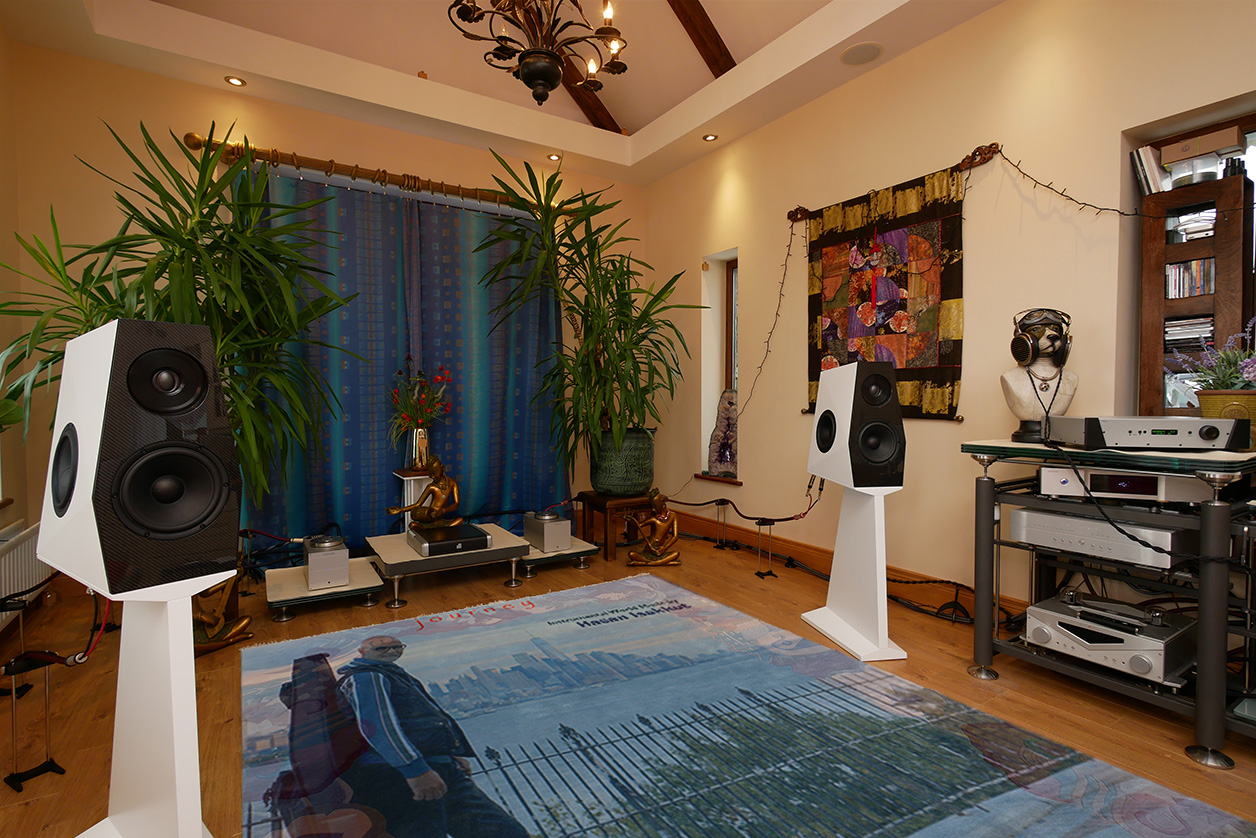 For a closing track to show off all of the speaker's considerable strengths, I cued up Antonio Rey's "Un Sueño Contigo Alma | A dream with your soul". It's from his latest Flamenco sin fronteras album. First, it's an unapologetically romantic number. The Kaiser is a romantic. Second, it's a superior recording. The Kaiser is a superior transducer. Third, it combines the colors of many instruments like guitar, harmonica, piano, bass, percussion, solo and chorus vocals. One might think that Rainer's deliberate "rich & musical" tuning downplays or homogenizes tiers in recording quality. Not! When fronted by premium fare, the push into a higher octave of quality stepped forward exceptionally obvious. To my mind this spoke to a still transparent voicing which didn't apply a thick if pretty patina but worked like a top Leica lens with a slight yellowish filter set to softer 'leading-lady' focus.

Conclusion. In its €10K+ class, Kaiser's Furioso Mini is a clear über monitor. It's not small either but gained significant cosmetic snazz in its makeover past v1. Particularly in juxtaposition to Børresen's Z1, we saw how even in this elevated sector, relative value spreads either thin or thick. I don't think anyone will dispute that with their Mini, Kaiser have laid value on thick. That reminds me of when I applied for my national sales-manager gig at Soliloquy Loudspeaker Company many moons back. With his military background—I believe he used to oversee an aircraft carrier—owner Bernie Byers took one look at my then long ponytail and less trim beard to good-naturedly suggest that I needed a big-boy haircut. Furioso Mini is a big-boy speaker. It's simply one that lets its hair down. Forget a crew much less buzz cut. This big boy sports a luxurious mane and facial hair. The military and audiophile police naturally won't agree but if your listening tastes lean toward the romantic and robust, it'll have your number down big and bold. Not for nothing is kaiser one up from king. The English translate it as emperor. That does seem fitting for this furious maxi Mini – an emperor among monitors. Living large then rather is an intrinsic part of the blue-blooded job description. Isn't it?