Taking a page; or knee? By then the market had grown two other luxury monitors with passive radiators: Mårten Design's Parker Duo; and Vimberg's Amea. But neither uses Rainer's force-cancelling array of two, just one like his Chiara which in this league was historically probably first to replace port with rear-firing passive. Subsequently Sonus faber's Ex3ma too adopted this solution. Numerous very different designers now share the same opinion about its superiority to ports. For Furioso Mini, what if anything did our story still miss? The 2'300Hz 3rd/2nd-order low/high-pass to separate neodymium-powered 7"/18cm SB Acoustics Satori mid/woofer from ScanSpeak tweeter. The asymmetry of this filter with its Janzten 12-gauge wax coils and Duelund cast-carbon resistor and metal foil caps is deliberate. It controls the speaker's soundstage behavior. Except for the tankwood baffle, the rest of the cabinet uses birch-ply/MDF sandwich panels. Final dimensions with custom stand are 11.8"/30cm W x 18.9"/48cm D x 46"/116cm H. Despite compact box dimensions and 37Hz-30kHz published bandwidth, sensitivity remains a standard 89dB/2.83V. Of course Grande too refined to end up a solid 4-way tower with twin Raal ribbon tweeters in a deep wave guide; 8" ScanSpeak Ellipticor midrange on top; 12" AudioTechnology carbon/paper bass-coupler in a sealed enclosure below; and rear-firing 15" Audio Technology carbon/paper woofer in a ported enclosure. At 509 lbs/ea., Grande with its docked twin enclosures had grown into a real heavyweight. 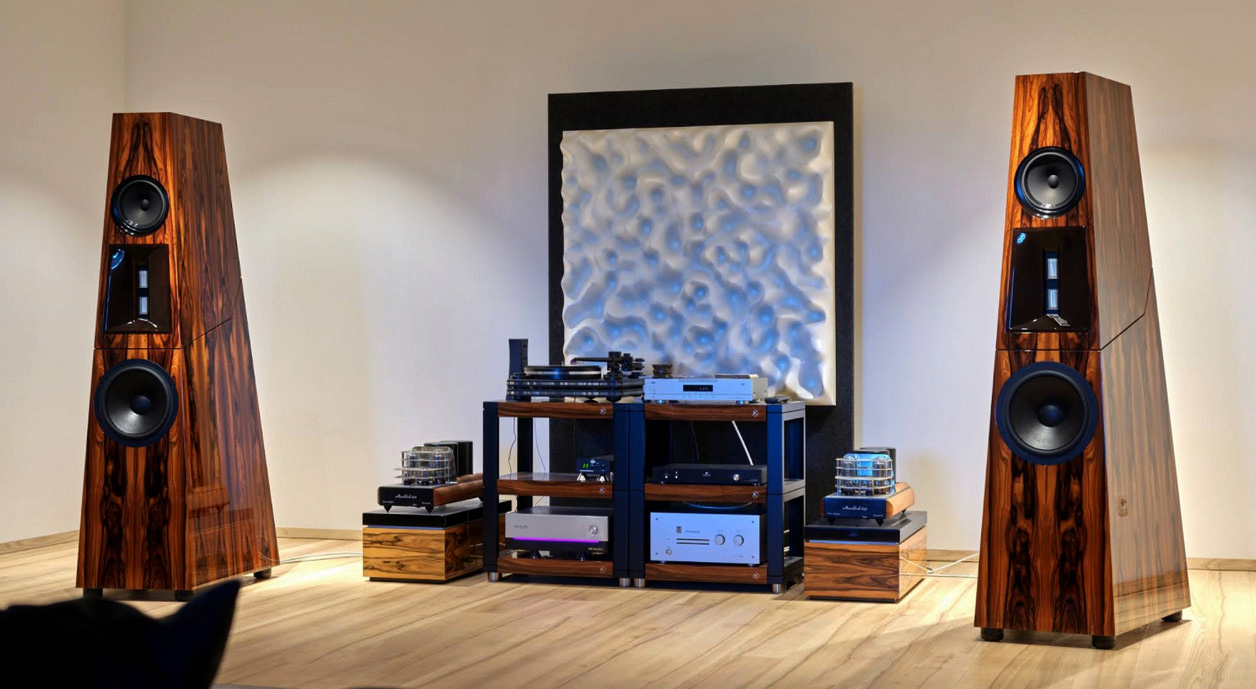 The resident system at Kaiser HQ.

At 40kg assembled, Mini was far more down my back and up my alley. And being able to separate from its stand then securely bolt down again, it could even schlepp upstairs. Far happier days! "Hans-Jürgen will come next Friday to pick up my pair for you. It's white with carbon baffles." Stylish too even if theft was involved. But Rainer proved laconic. "Take your time. I have some other speakers. No rush." Slow theft it was then. Whilst waiting for this caper to conclude, I read Holger Barske's January 2020 review. 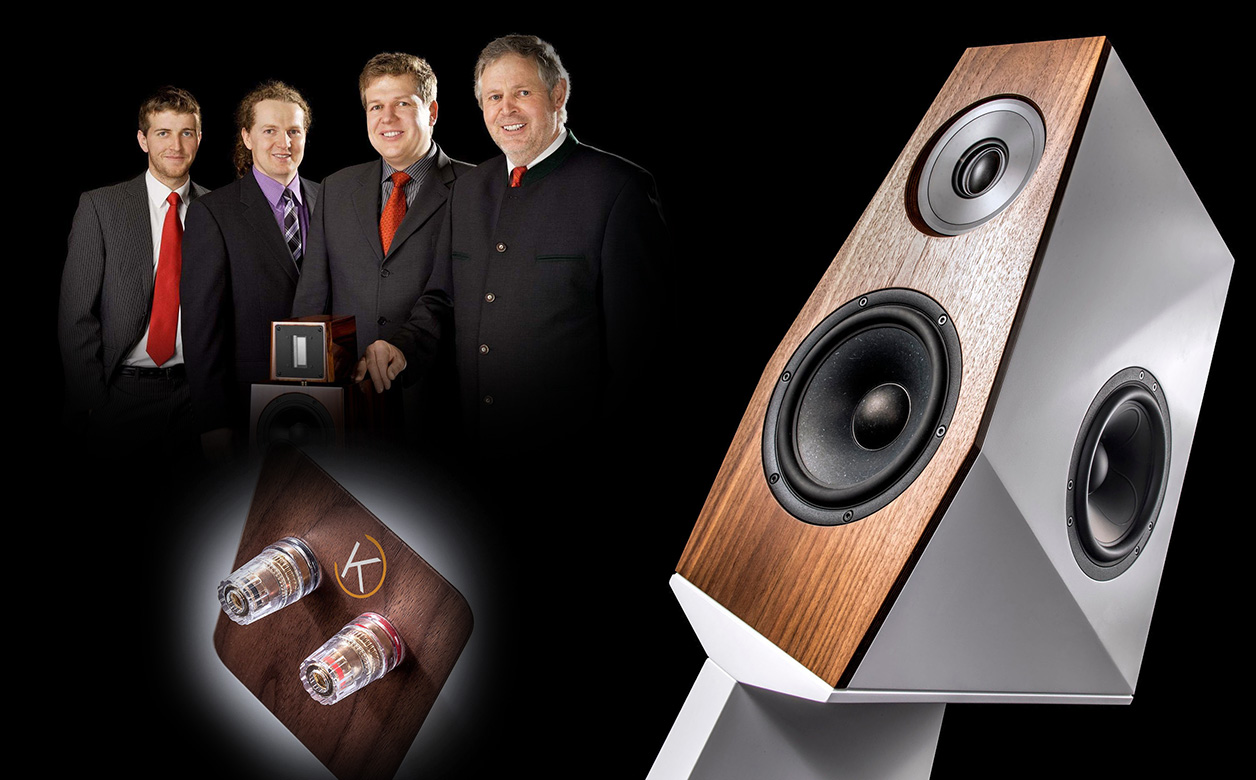 Translated, his entire sonic commentary is this paragraph: "Without hesitation I can claim to never before have experienced a compact speaker with such convincing bass. A personal test to track subterranean power is "Convergence" by Malia and Boris Blank. The authority by which this little Kaiser parked such powerful synth bass in the room was seriously astonishing. With Bruce Springstreen's "Darkness on the edge of town", I made out drums which heretofore had been the sole providence of big floorstanders. That wasn't the whole story yet. This easy-to-place speaker manifested Nina Simone with full conviction in front of the microphone. Here the exceptional Ellipticor tweeter paid dividends by sounding extremely sophisticated and nuanced but also full and energetic. By contrast, our domestic Nada's beryllium dome felt nearly a bit nervous and stressed. I'd never thought I'd say that. A brilliant must-audition loudspeaker." Most laudatory indeed. Would I have just a bit more to say?

Delivery was by single pallet with two cardboard boxes. Each contained a speaker and the three white slabs for its stand in an ingenious nested array executed with precision cut-outs in the base and an interlocking two-piece foam frame. Taking it apart was child's play. Remembering it seemed trickier so I took a few photos for when pack-it time came. 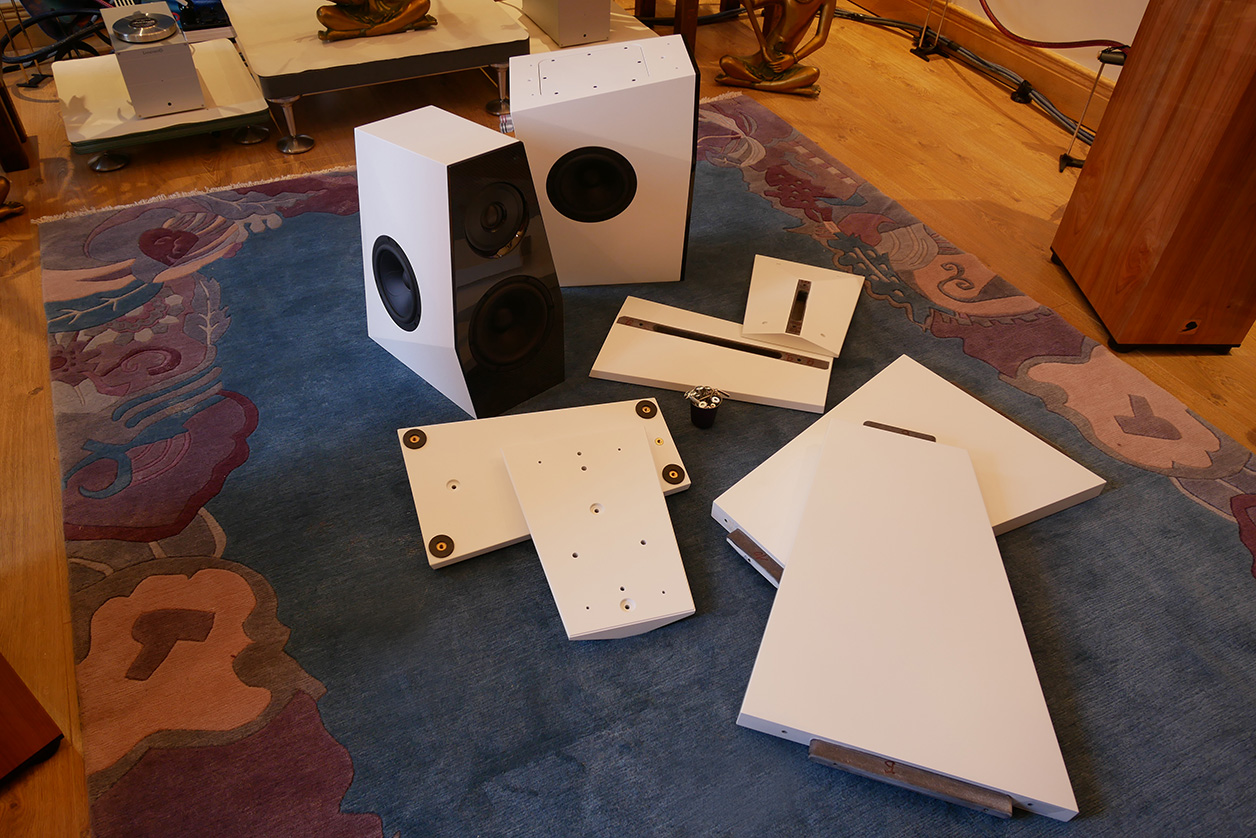 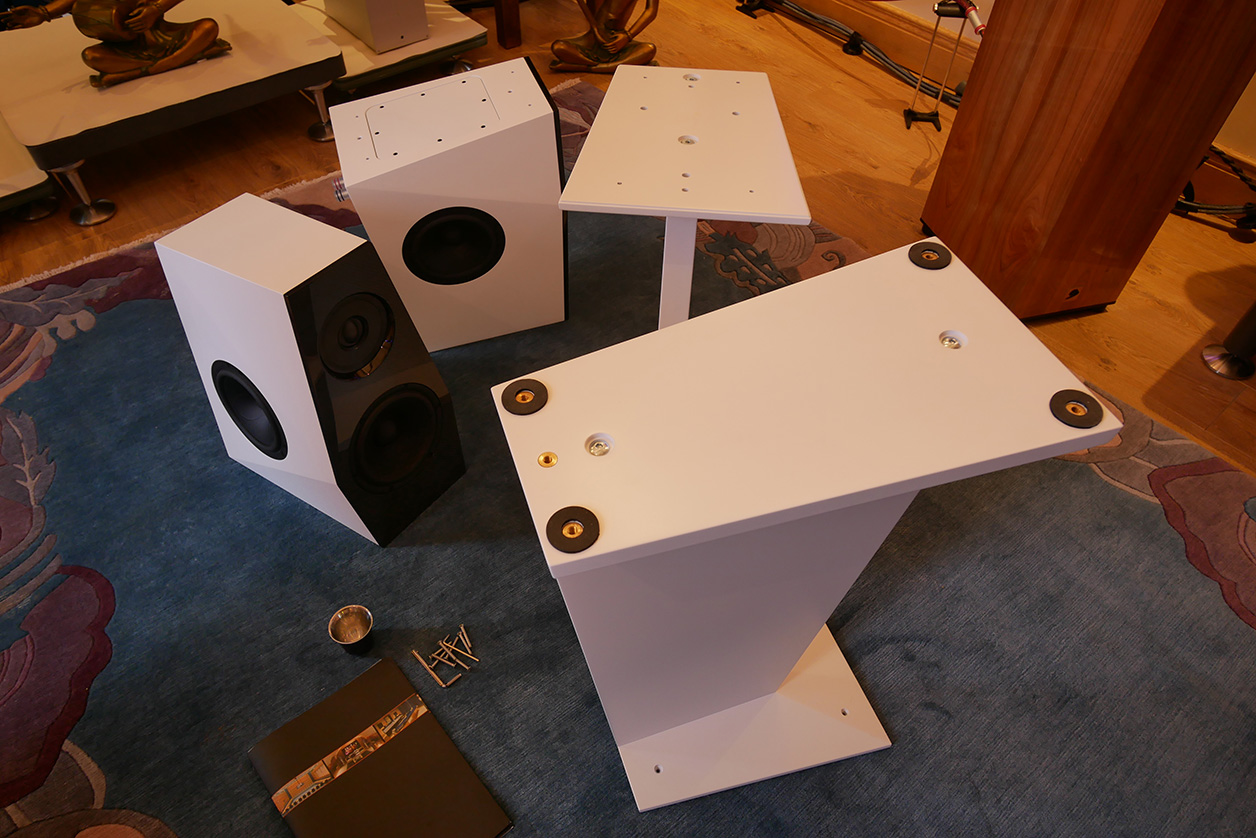 The speaker attached with four thinner bolts to end up with one solid structure of very few right angles. Not for nothing is the Kaiser workshop the envy of most woodworkers. They eat compound angles for breakfast. 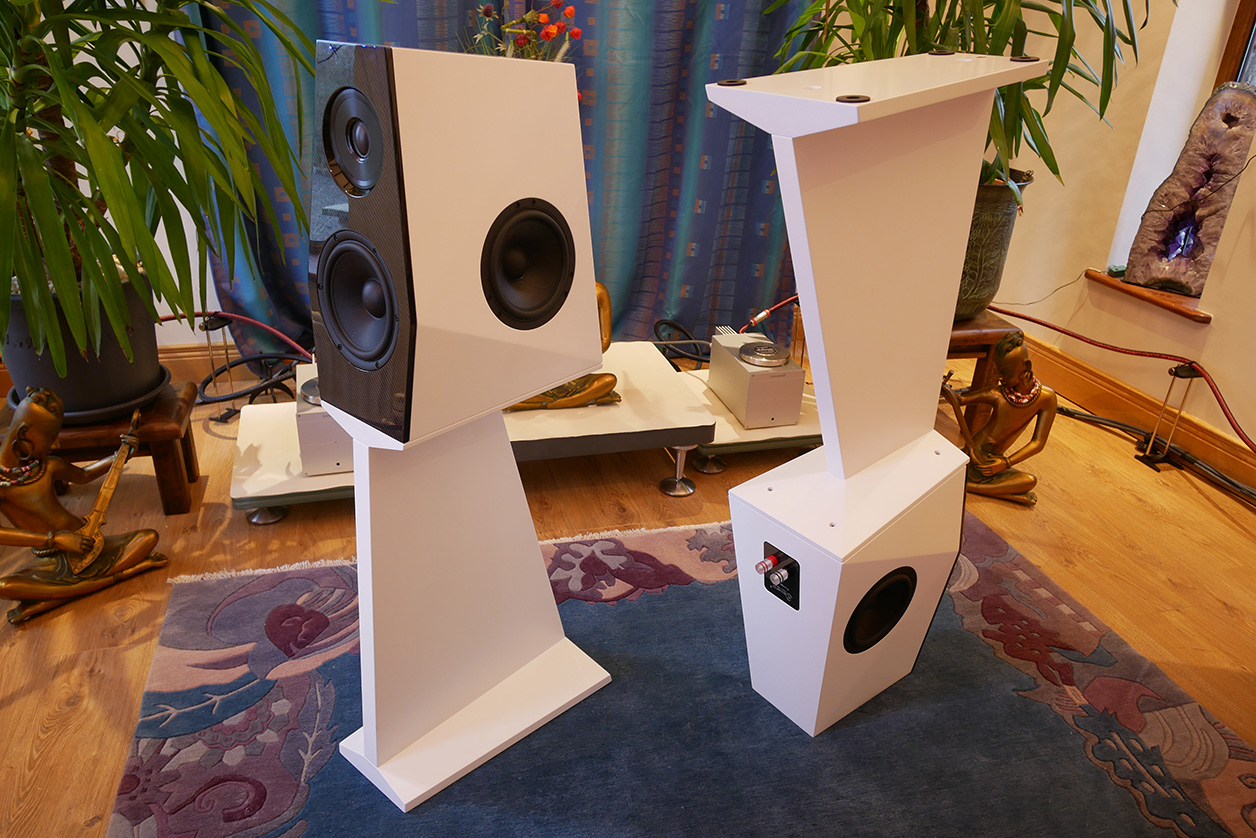 The glossy carbon-fiber baffles of Rainer's personal pair were an extra touch of luxury on very angular modernist sculptures that don't just look sleek but also make sound. But you knew that already. What kind of sound? First, some general observations relative to the two competitors I'd compare them to.