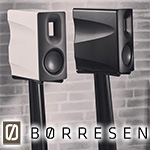 Zee one that makes everything betta? At Denver's 2019 show, attendees had their first exposure to Børresen's latest monitor. It's to their main line what ScanSonic is to Raidho, former home of Lars Kristensen and Michael Børresen. Today our two Danes and business partners run Audio Group Denmark previously UpperLevel ApS. It's the parent company to Aavik, Ansuz & Børresen. They're all manufactured on these premises in an Aalborg industrial park I visited in April 2019. 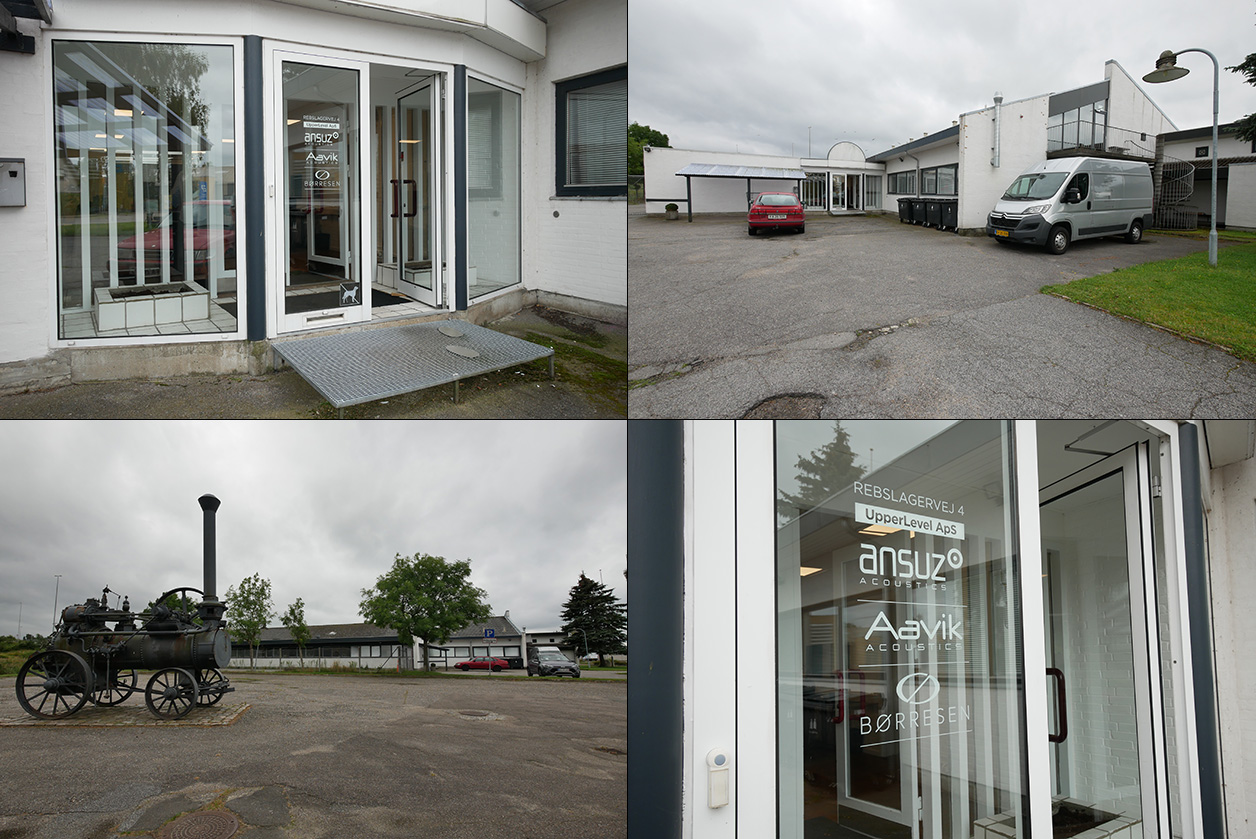 Upon hearing early Z1 demonstrators at Denver's 2019 show, PartTimeAudiophile called them "an absolute assassin at this price point. With so many ultra-high-end brands debuting bookshelf speakers in this price range almost monthly, none off the top of my head other maybe than Vimberg impressed me more than the new Z1." [Vimberg's Amea is a ~€13'000/pr two-way monitor with rear-firing passive radiator in all Accuton driver trim – Ed.] 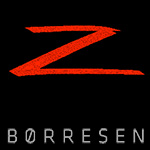 During my Aalborg visit, I'd spied first prototype cabs but no opportunity for a listen. I was told that the B01's complex vents for dipole ribbon operation on the cheeks would have to go, its vertical bass reflex slot give way to a simpler horizontal slot port. The carbon-composite 4.8" driver's low-inductance neodymium motor with copper pole pieces would likely have to make do without copper. It'd be the familiar routine. Shave off build costs without too much stepping on the dearer sibling's toes. Simpler squared-out cabinets plus other material savings would attempt to slash labor fees with the efficiency of Zorro's blade. Snip.

Michael's signature ribbon would have to stay. With a less aspirated classical silk drone er dome, it'd be no Børresen. Their team prioritize speed and dynamics. Low mass and maximum control are the mandate. Superior stop'n'go is the aim. With it come low energy storage and top resolution from proprietary low-mass drivers which are built in house.

My prior review of the B-02 described their sound.

Once Warsaw contributor Dawid Grzyb traveled up north, he could take snaps of working Z1 protos. I inserted into the upper right corner the equivalent ScanSonic model for historical continuity. With that MB-1B still to market, the Z1 was obviously keen to hone a competitive edge. "Newer equals better" is what consumers expect no matter what came before. And what do we think the MB of Scansonic's model name abbreviates? It can keep a designer who already did good sleepless. 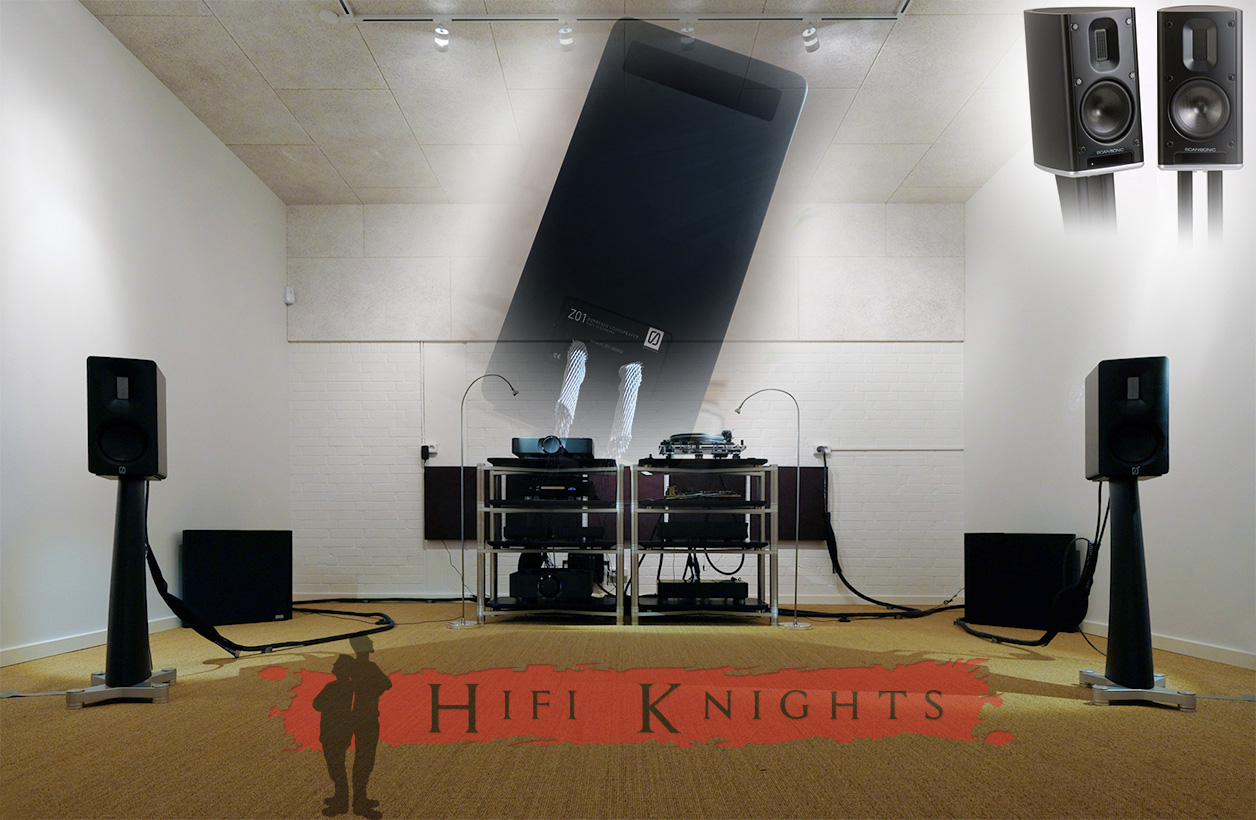 Scandinavia's crop of ambitious monitors, just around the time of the cancelled HighEnd Munich 2020, had grown another contender in Mårten Design's Parker Duo. It applies a concept and execution very similar to Vimberg's Amea. What is it about Nordic countries that make them so good at transducer design both as raw drivers by AudioTechnology, Dynaudio, Peerless, SB Acoustics, ScanSpeak, Viva & Co; and for loudspeakers by Amphion, Arendal, Audiovector, Aurelia, B&O, Børresen, Buchardt, Dali, Davone, Dynaudio, Gamut, Gato, Genelec, Gradient, Gryphon, Jamo, Mårten, Peak Consult, Penaudio, Qln, Raidho, Scansonic, Transmission, XTZ plus others I forgot or don't know of? 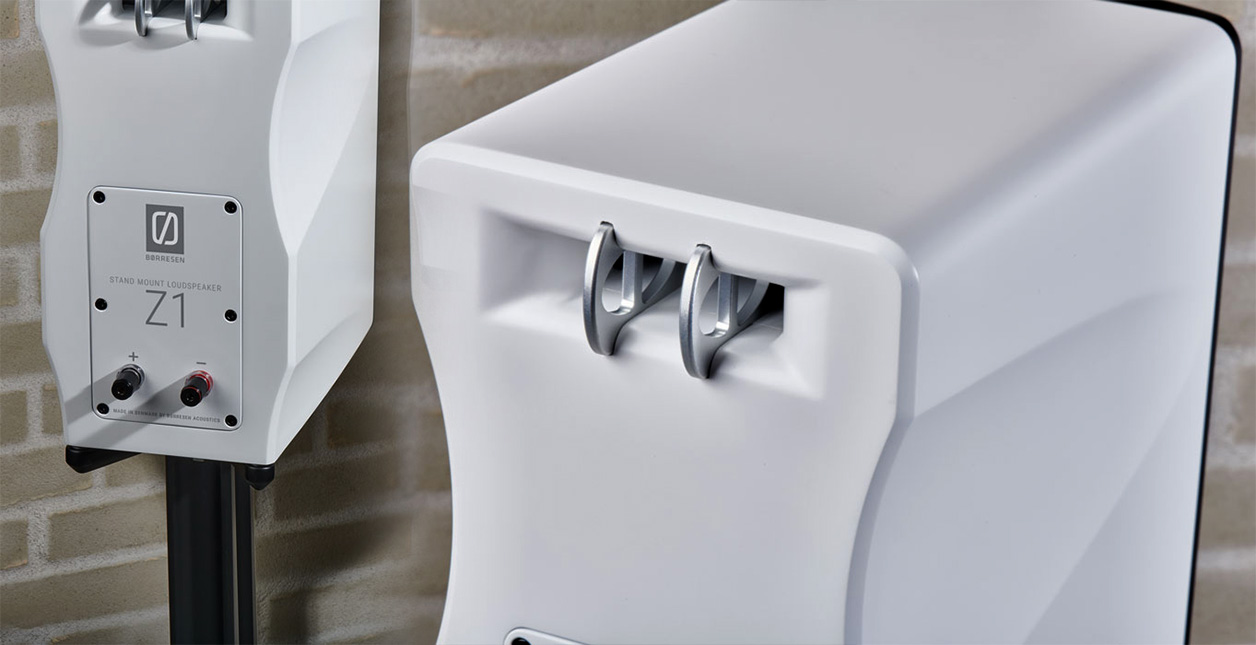 By May 31st, first Z images appeared. They showed unexpected flared grooves and port vanes, the €23'000/pr Z3 two 8" woofers. In the main line those only factor in the B-05. That would signal a flagship were it not for the even bigger Z5. The Z2 is €16'000/pr and subtracts one 8" woofer from the Z3. All share the same 75x30mm ribbon, 4.8" mid/woofer and—except for the 2-way Z1—a 2.5-way split. Black and white paint skins eliminate wood. With such cheeky treatments, veneer applications would add unnecessary costs. At ~60% off the least loaded B-01, the Z1 presents a sizable savings on a new not used Børresen monitor. Zorro did visit if not the stands. At €2'400, those still command a premium. But being optional, the aftermarket offers far too many alternatives to get cross. By late August, final specs for the Z1 were 37×18.5×33.8cm HxWxD and 11.6kg. Its 64.5cm tall stand adds 3.3kg. Like the B-01, published bandwidth is 50Hz-50kHz, sensitivity 86dB, nominal impedance above 6Ω. The Z2 with the extra 8" woofer above the floor grows to 102cm. Towering above it and the 120cm Z3 is the 75kg heavy 155cm tall Z5. That runs twin midranges to bracket the tweeter, then places one 8" woofer above and three below. Its terse descriptions call it a "simplified Børresen 05 though the Z5 is far from being a simple speaker." In one fell swoop, this Danish speaker portfolio had added four new models. That was nothing if not industrious, prolific and ambitious. Meanwhile Aavik had launched the 180/280/580 ranges of separates. Just what was in the water of Aalborg? 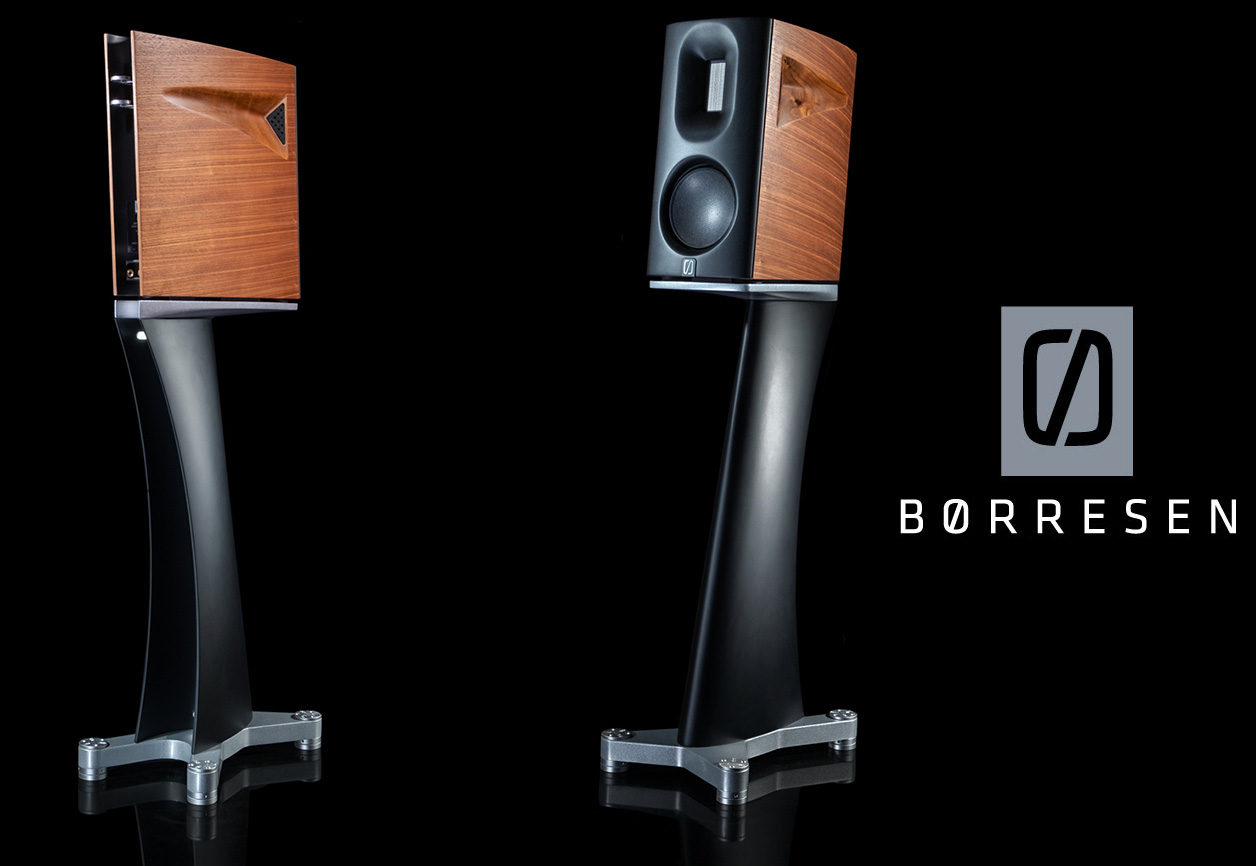 By mid October, we syndicated Dawid's B-01 report. As reviewed, his samples demand a cool €34'100/pr. Did you want a non-Raidho monitor from Michael Børresen? Now the Z1 at just €12'400/pr on its own stand might move more within reach.