Push. Breathe. Push. Breathe. You know what the woman in labor thinks. "Eff you. I'm doing all the work here." That day was December 2nd. "After much delay and unfulfilled promises, I'm ready to send you the first 'real' Gradient Box. Martin's colour LED version in August was just an intermediate prototype. I can't say that the GB project and current GB2 is finished. That's the big advantage and disadvantage of any product with upgradeable firmware. I have a number of GB2 ready to ship but don't want to release them before I get some feedback and suggestions about the firmware, UI or bugs you find which I didn't. I honestly never installed or used a normal sub. The whole GB idea came from you. I did my best to guess what the best compromise would be. I could have sent this a week sooner but one of our common friends pushed hard to urgently make him a few LR crossovers with two switchable filter frequencies like Martin used in Munich. I didn't like that idea and instead designed and ordered boards and box parts for the GB Lite version. GB3? See below right."

"After the long delay now there'll be two GB versions at once; and in January a third of preamp + GB3 in one case."

"My favorite firmware trick is the display rotation for setup and normal listening mode."

"I don't yet have an owner's manual. But I'm satisfied with the measurements and specifications. Distortion is nearly the same as the icOn autoformer preamps; typically 0.001%." 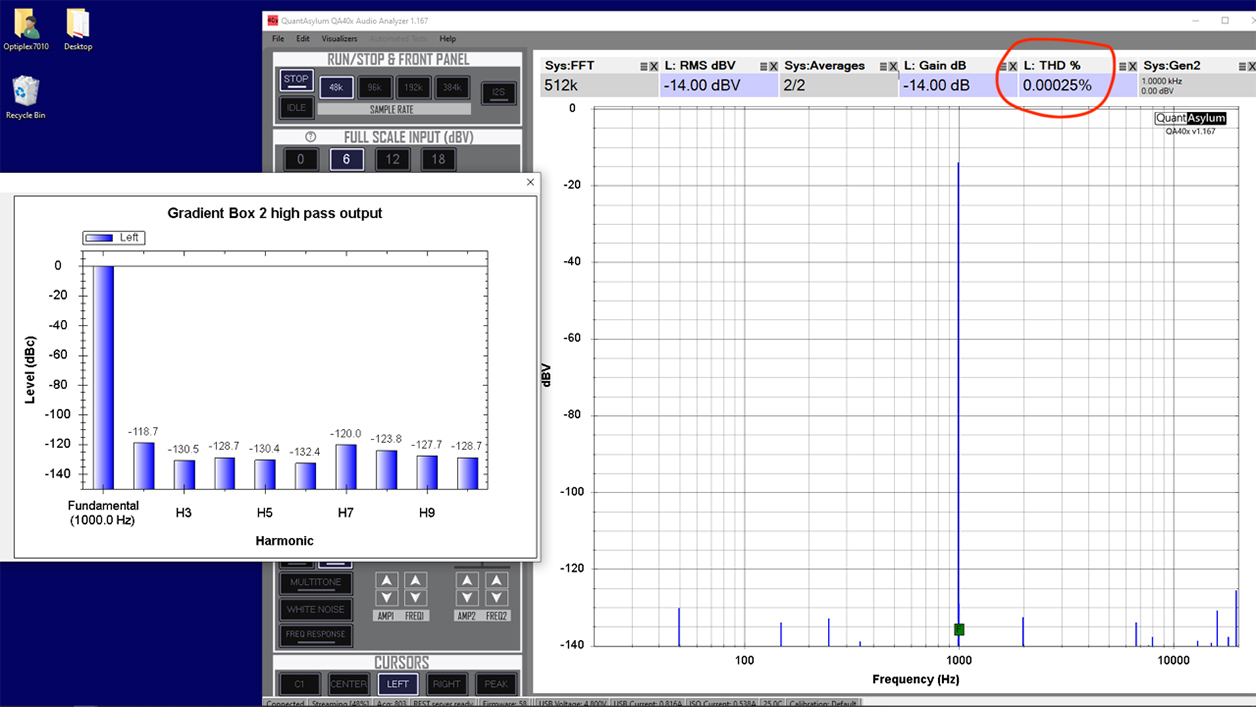 "The frequency characteristics are exemplary due to the handpicked polypro condensers all within 1%. I hope you won't be very unsatisfied with your brainchild the Gradient Box." 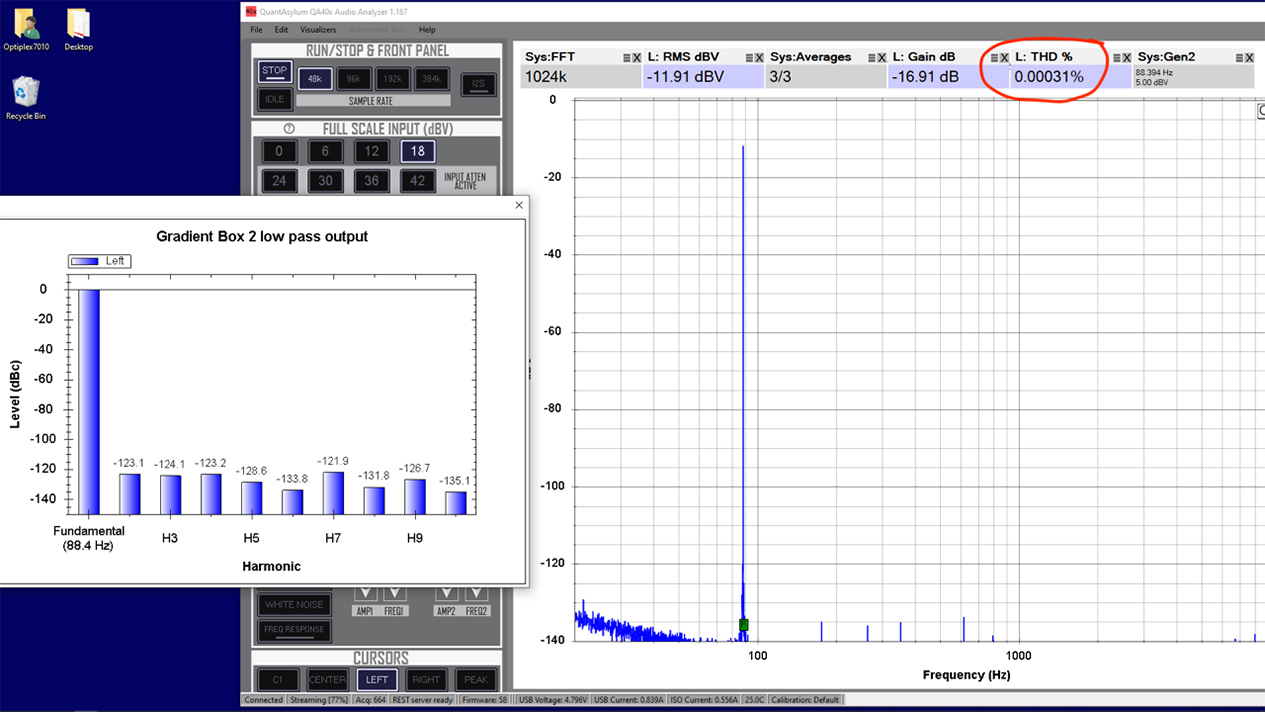 Just then Martin Gateley of sound|kaos updated status of his smaller subs. "I was hoping to send you a pair of Gravitas 12 before year's end but my Swiss woodshop won't be able to produce them on time due to a family issue. Visually they're closer to the Vox monitor to come in matching wood finishes. The redesign was due to trying to drive manufacturing costs so retail down as much as possible. I just decided to work with a woodshop outside CH for box production to be more competitive. At 42x38x38cm they're also a little more manageable on size. The front spacing of the drivers is proportional to your 15" but I have left extra space behind each to accommodate different drivers. Audio Technology woofers are €500/ea. I'm experimenting with alternatives which could bring down cost by half. The cabs will be solid wood since by the time you add labor for finishing visible edges—radiused edges on cutouts can only be done in solid strips—the cost of solid wood is more competitive than veneer. However, there's a marked difference for walnut compared to cherry, oak and ash. Walnut is 1/3rd more." Customers often don't appreciate just how much thought and research goes on behind the scenes to keep product pricing down.