By October 26th, finals were in view. Pál asked his group about the lettering on the remote since the first wands would dispatch to the laser engraver a day later whilst face and rear plates were already being cut and engraved in Germany. "Some buttons on the remote will switch more than two states (on/off) since there are no more buttons. EQ for example will shuttle through EQ1, EQ2 then off. LP shuttles through low-pass left, low-pass right, L+R LP and LP off. The central button works as home button, switches to normal crossover function (LP+HP on) or displays all function states in ticker-tape rolling text. LP- and LP+ works as sub volume during setup, as sub/sat balance during normal listening. VOL± is a 60dB attenuator, one each dedicated to the LP and HP outputs. The EQ and +10dB LP gain control together with 0dB LP attenuation push out 12Vrms sub signal if the input is 2Vrms. That's set by the ±15V power supply. The HP leg has no gain. A is for the right-side filter switches, B for the left, BYP is bypass, PH is 0/180° subwoofer phase. The new hardware with all remote volume functions, display etc. works fine. After some wrong expectations I'm very careful now with deadline predictions but before Xmas the first production run of GB2 should leave our 'manufacturing plant' which takes up most of our small house." 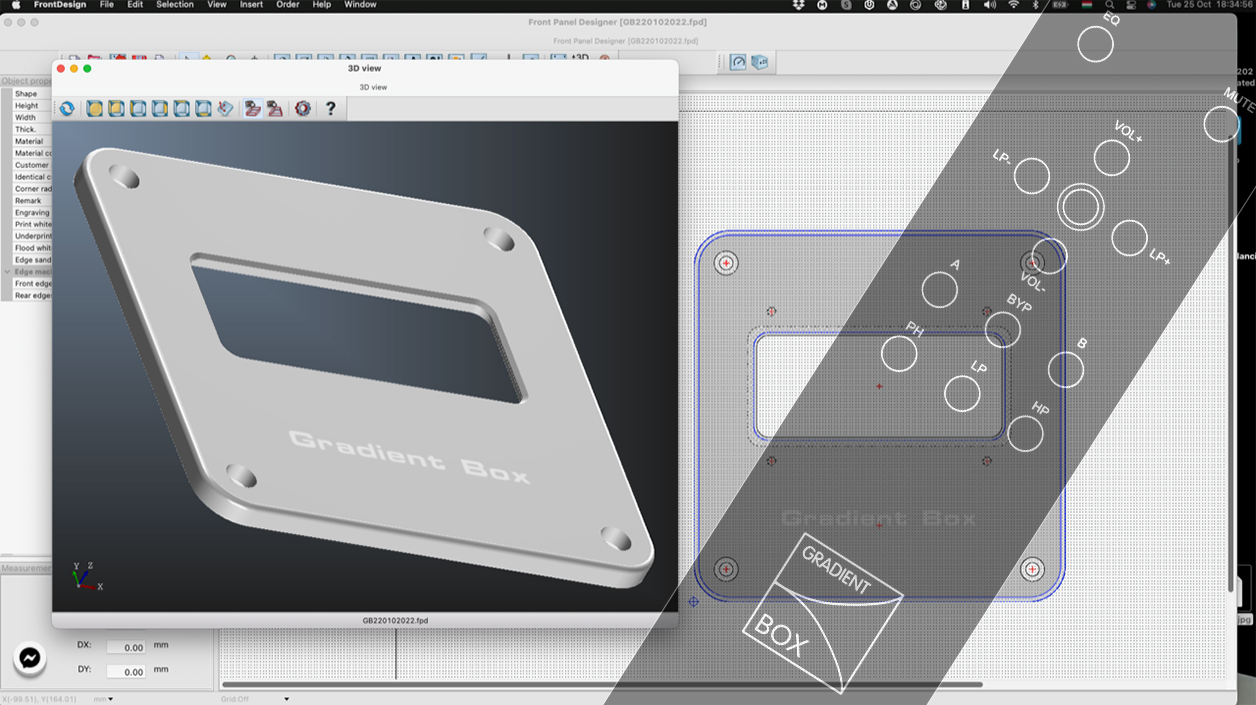 "The balanced SUB out has mini XLR for a small adapter cable to standard XRL. The SUB level pot controls the raw gain range adjustment for the subwoofer. The DC sockets connect in parallel. Linear-power enthusiast can use their own favorite 6V supply with standard 2.1mm barrel connector. I supply my usual switcher with the small aviation connector and finally will also have an optional icOn hybrid supply which combines switching power with supercaps." Attentive viewers appreciate how the Gradient Box grew XLR i/o which is a neat trick given the limited real estate. The RCA/XLR toggle sets the desired input to avoid running both simultaneously. The two outputs then can be any mix of RCA/XLR entirely independent of the input. That's proper flexible. 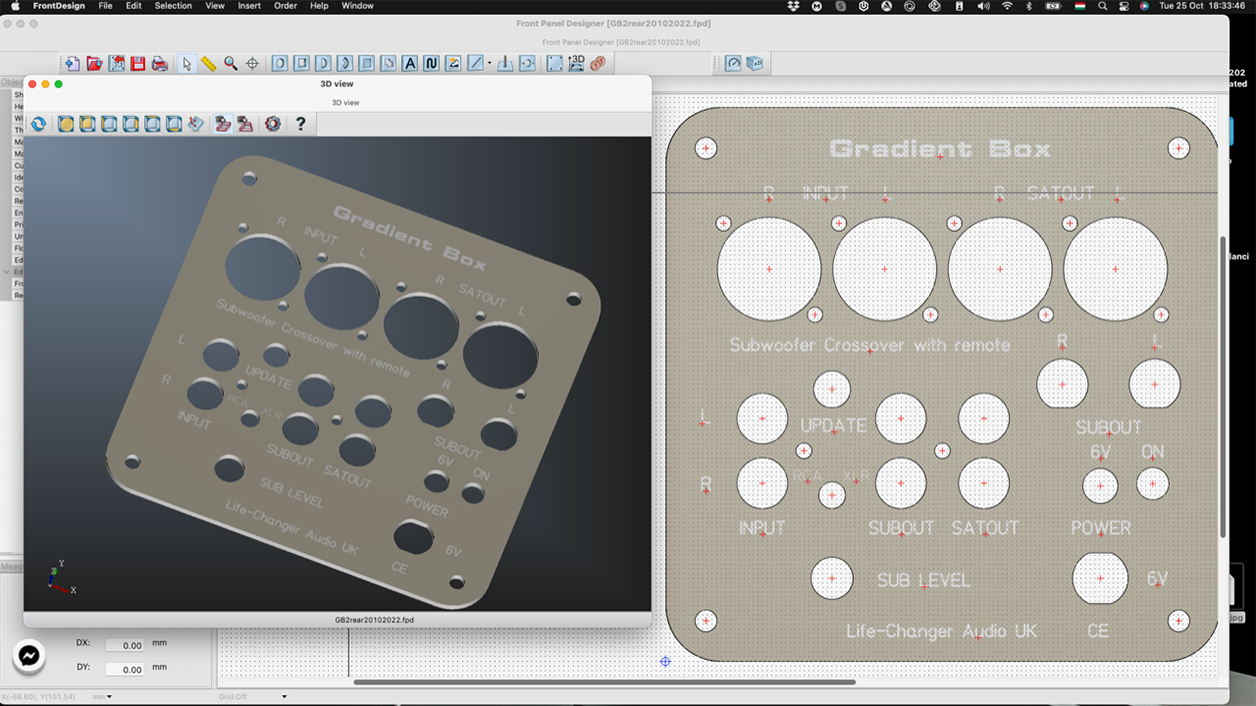 Continuing in that vein…

… are the separate HP/LP filter options for two different frequencies at a time to compare them via remote control from the seat; and to use channel-specific values for both HP and LP, even deliberately disparate ones to leave a small 'hole' in the overlapping response thus notch out a room mode without any DSP. 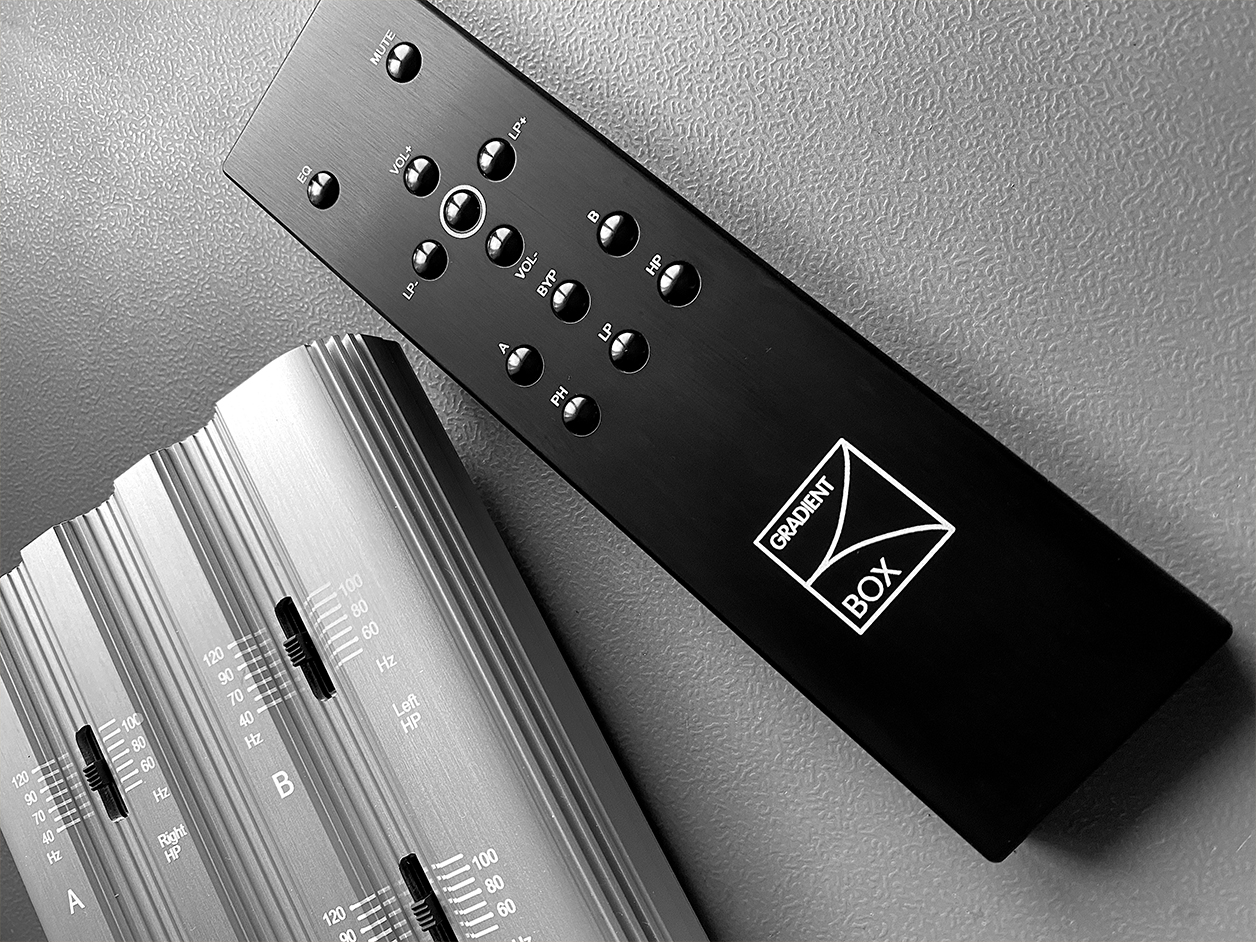 For the actual filter settings, precise CNC and laser work mean that one doesn't have to click through the seven stops to count and know what frequency is selected. Remember, these settings don't run through the microprocessor. They switch manually so don't shown in the display. One simply aligns each of the four switches' center groove with the desired frequency's line. Set the A sides to their figures, the B sides to theirs. Evaluate the difference with the remote's A/B buttons until you know which setting sounds better. Work your way through all applicable values until elimination leaves you with the winning number/s of your final filter setting/s. 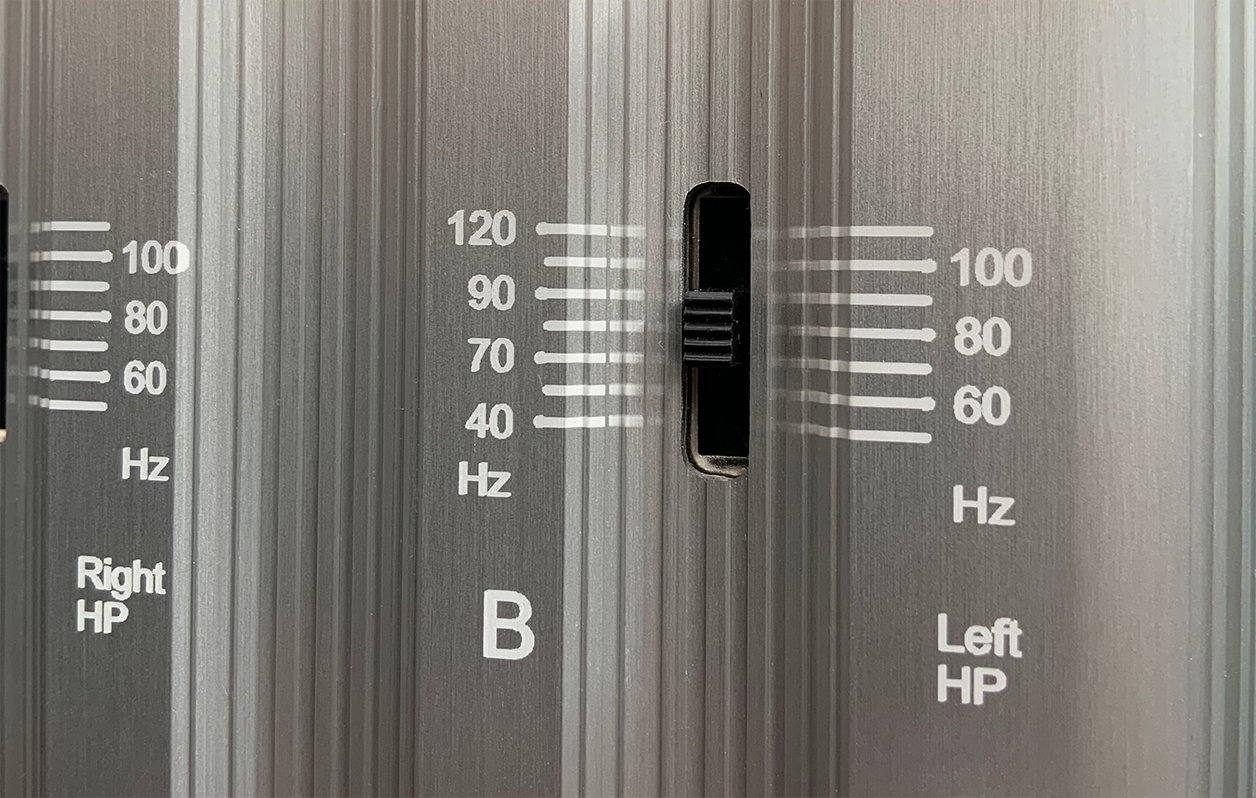 Pál: "Truth told, my engineer soul suffered from the idea of 'squandering' a shiny bespoke remote, big and bright display plus lots of electronics and firmware just for a half hour's worth of setup after which this will be used as a static dumb black box." Retailers and reviewers meanwhile will fiddle with all these settings each and every time that speakers, sub/s and amplifiers change; which could be weekly if not daily. Savvy operators of course keep notes to quickly repeat scenarios that have already proven out. It's the revolving hardware doors of reviewers which don't ever repeat. Now this level of functionality becomes a serious boon not squander.

By November 8th the pre-production unit in the smaller 12cm cubed box above was ready. Just some code writing was left; and receipt of all necessary parts for first production which would house in the longer 12x12x22cm enclosure. A day later we had the retail price: £2'200 ex VAT. With my intro having listed costlier competitors with far fewer features, nuff said. What shouldn't need saying? Though sheer uniqueness would demand an award on principle, my remote involvement with this project puts that well out of bounds. Use your imagination instead as until now we also had to for such a machine.