Sonar. It took no mist-covered periscope to make out differences. I was surprised by how distinctive they were. In one word? Aalborg as the bay of eels not pigs. Regular readers know. Warsaw contributor Dawid Grzyb and I, on two separate occasions, had traveled to that Danish town to visit Aavik, Ansuz and Børresen. As our separate factory tours here and on HifiKnights.com recount, we shared in the same experience. Everything the Danes do past their electronics and speakers—power delivery, cables, vibration control—pursues ever more detail and dynamics from more and more effective noise attenuation. In my Ansuz review, I described how our system veered recognizably into their aural aesthetic when just their power distributor/cords replaced our Vibex/Allnic stash. The same shift happened now with the Korean rack. 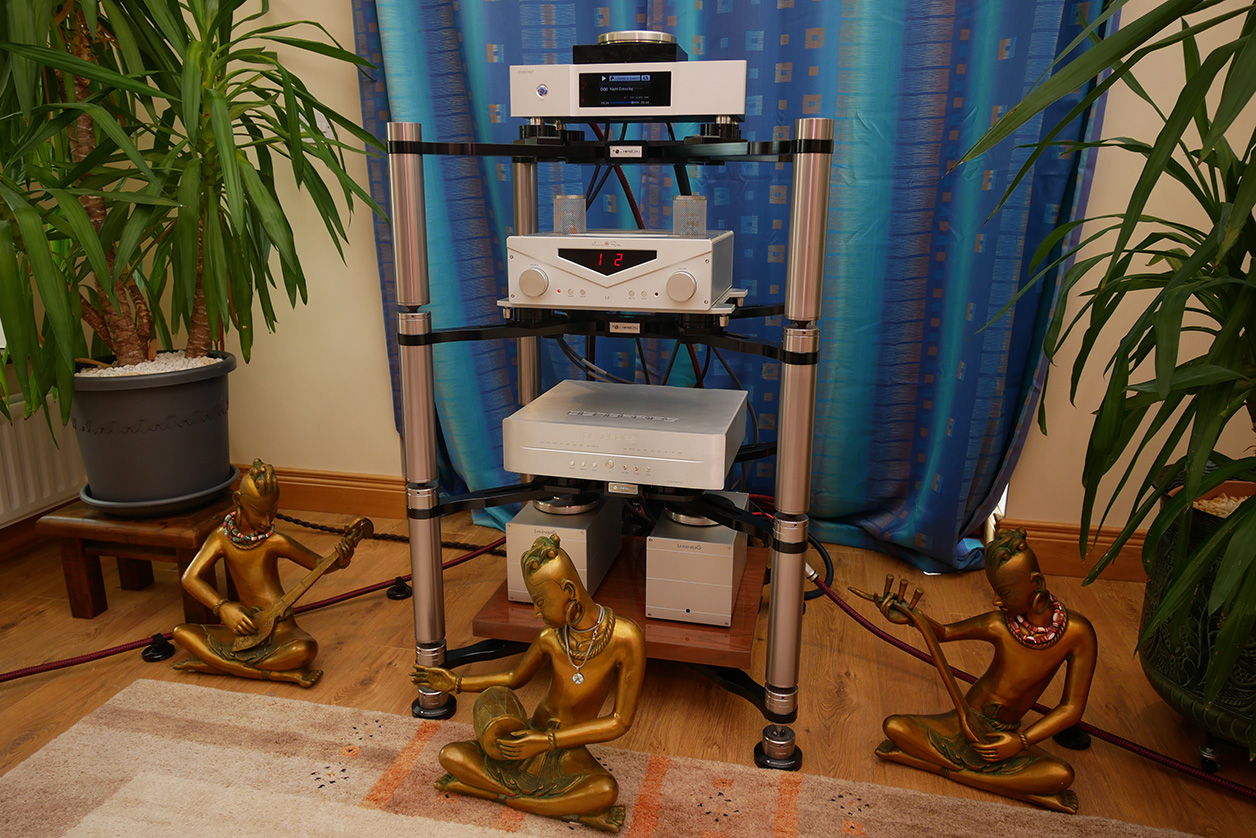 Whilst it reads idiotic to say that it was faster—both it and the Artesanía just sat there glued to the floor—the sound certainly behaved more aspirated and twitchy. Dynamic contrast was higher, percussive attacks spiked more vigorously. Specific string attacks on oud and tanbur expressed more snarl. In casual parlance, we'd group it all under stronger image pop. Thinking of images pop shows an action. It is different than images that float by passively. Voilà, higher microdynamic jump or busier rhythmic life. More pronounced accents interrupt and time music's horizontal flow in the amplitude domain. Beats stick out more. Leaning deeper into dynamic fluctuations was the primary difference between the usurper and resident rack. 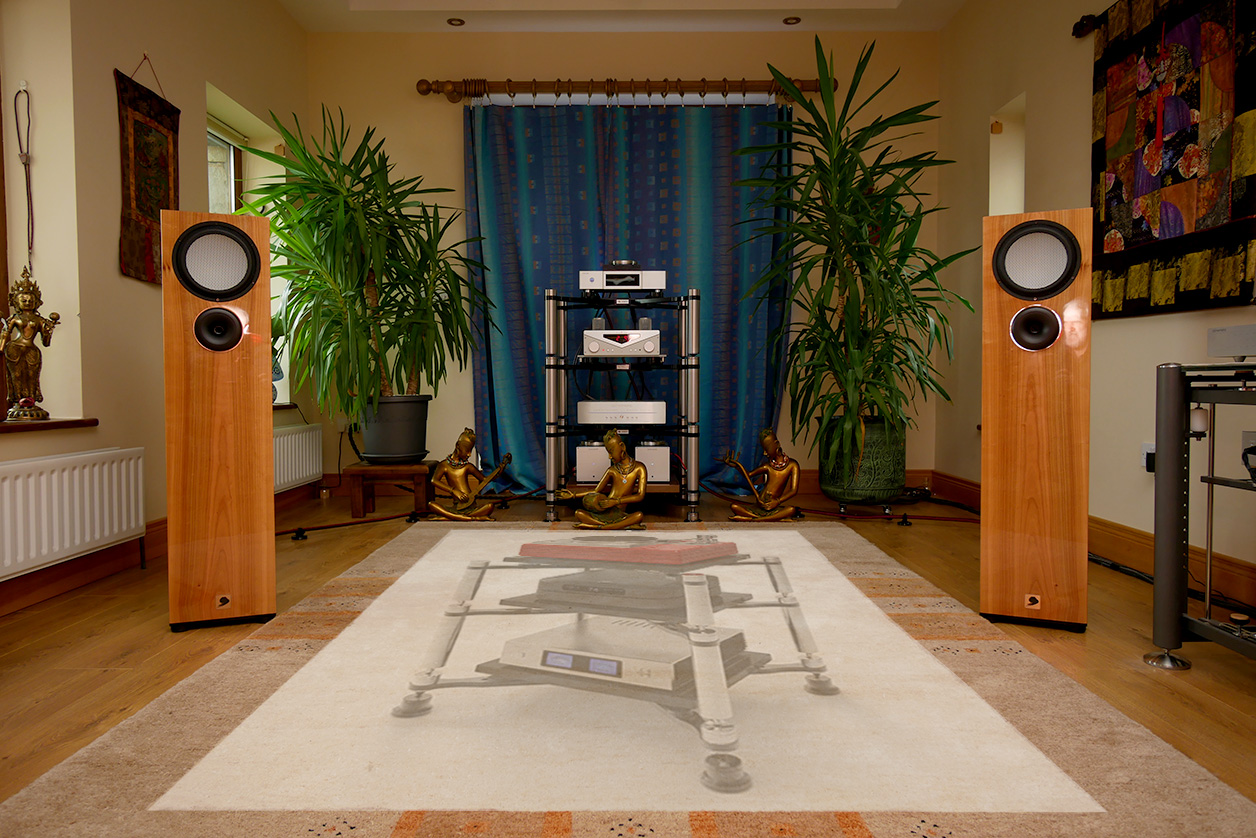 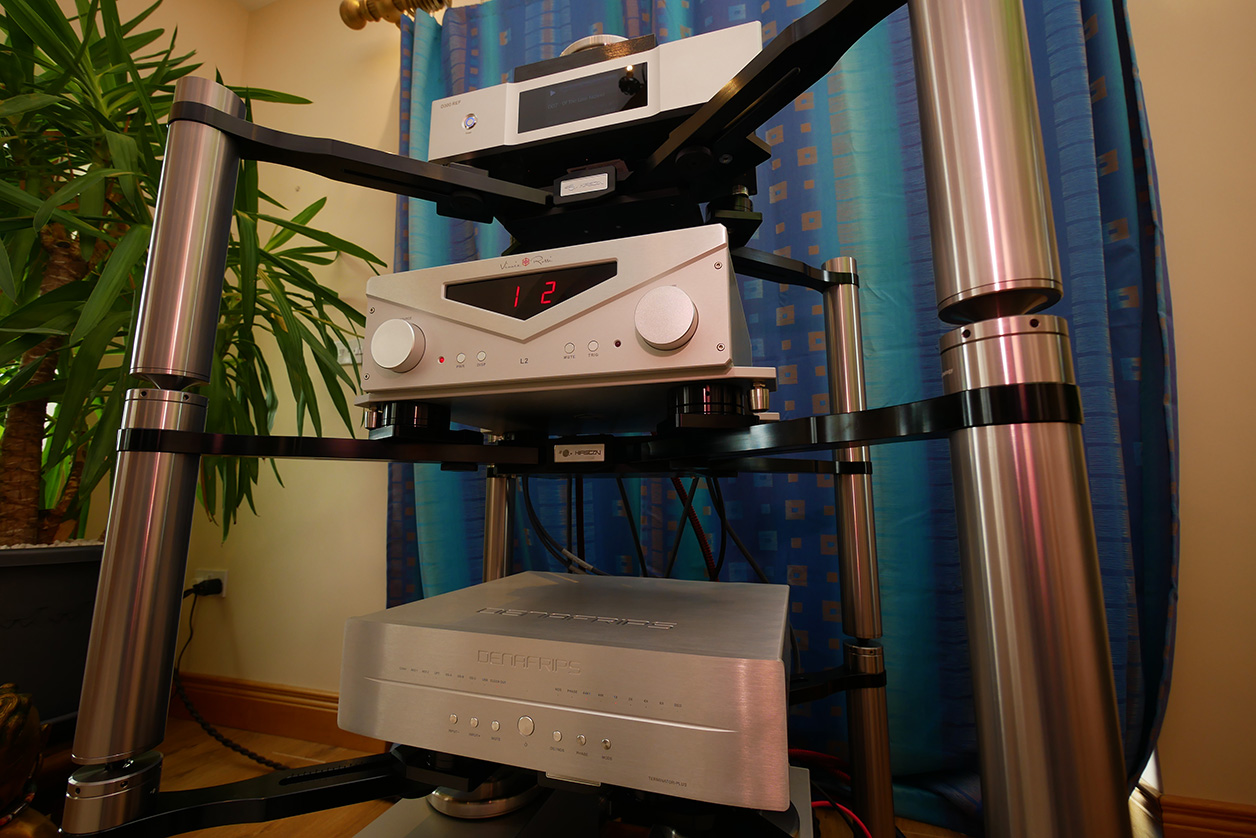 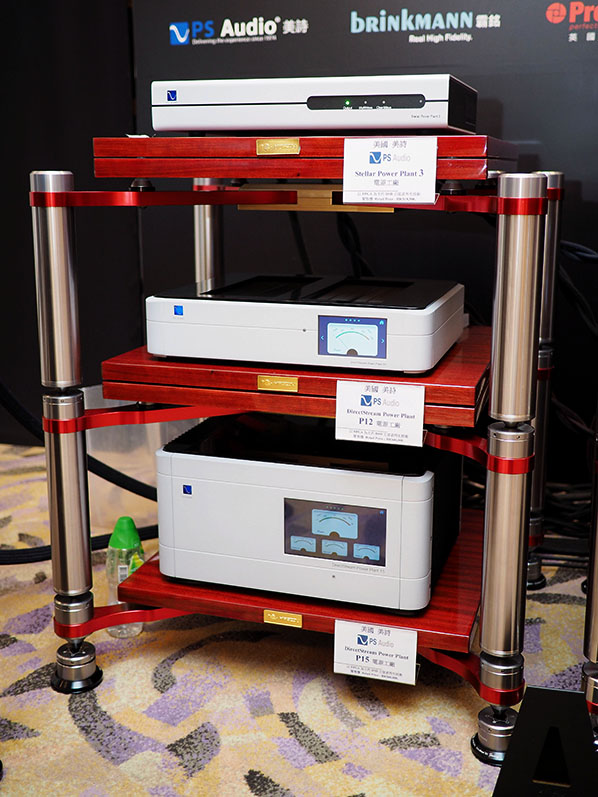 The second difference was an even deeper dig into micro detail. This detail was present before but now peeled out further as though it stood more clear of its noisier surroundings. When we hear farther down to read deeper between the (musical) lines, the accompanying sense is one of enhanced visibility. And that's just another way of saying, higher resolution.

In the final analysis and to use two words, that was the advantage which the Mythology X-Frame rack had over ours.

Stepping away from sonic performance, X also edged ours out on modularity thus ease of setup; on luxury finishing; and on mechanical complexity.

I'm adamant that the entirety of such observations rolls into performance. Especially for this type coin and real estate taken up, looks must perform. To get the goods into position, possibly up some stairs, mandates that they disassemble into manageable bits.

And for that pride-of-ownership thing, nebulous as it might be, looking at immaculately tuned footers with floating spike receivers and self-centering ball bearings does more than solid aluminium discs with neoprene dampers.

To invoke a popular term, from where we had played until now, the Mythology Transform X-Frame was next-level stuff.

Each component decoupler can be individually leveled by quite an offset to account for uneven bases. Ditto the floor shoes to set up perpendicularity for the structure above. In short, this is a mature design into which much thought and obvious experience have gone.

Given the widespread popularity of the rack we already own, there's no doubt in my mind that anyone serious about this aspect of our mad art—the building of a high-performance home audio system—now must include Hifistay from South Korea at the very top of their list of contenders.

The poster for today's movie could read, "there's far more gold in them thar hills of your existing gear than you've dreamed of, Horatio. Start digging, here!"

To make no bones, this assignment was exhilarating and off-putting to equal degrees.

The former was so for enjoying the extra performance without making a single change to our signal paths.

The latter was for soon becoming a mental nag which won't forget. C'est la vie mélomane.

In the end, the only real mystery is why it's taken this resourceful firm so long to finally approach the EU's audiences. Mr. Pyun & Co. have been in biz for already 18 years just like us. Why didn't anyone say something sooner?

Never mind. They're here now. And if their name is any indication, they're here to stay. 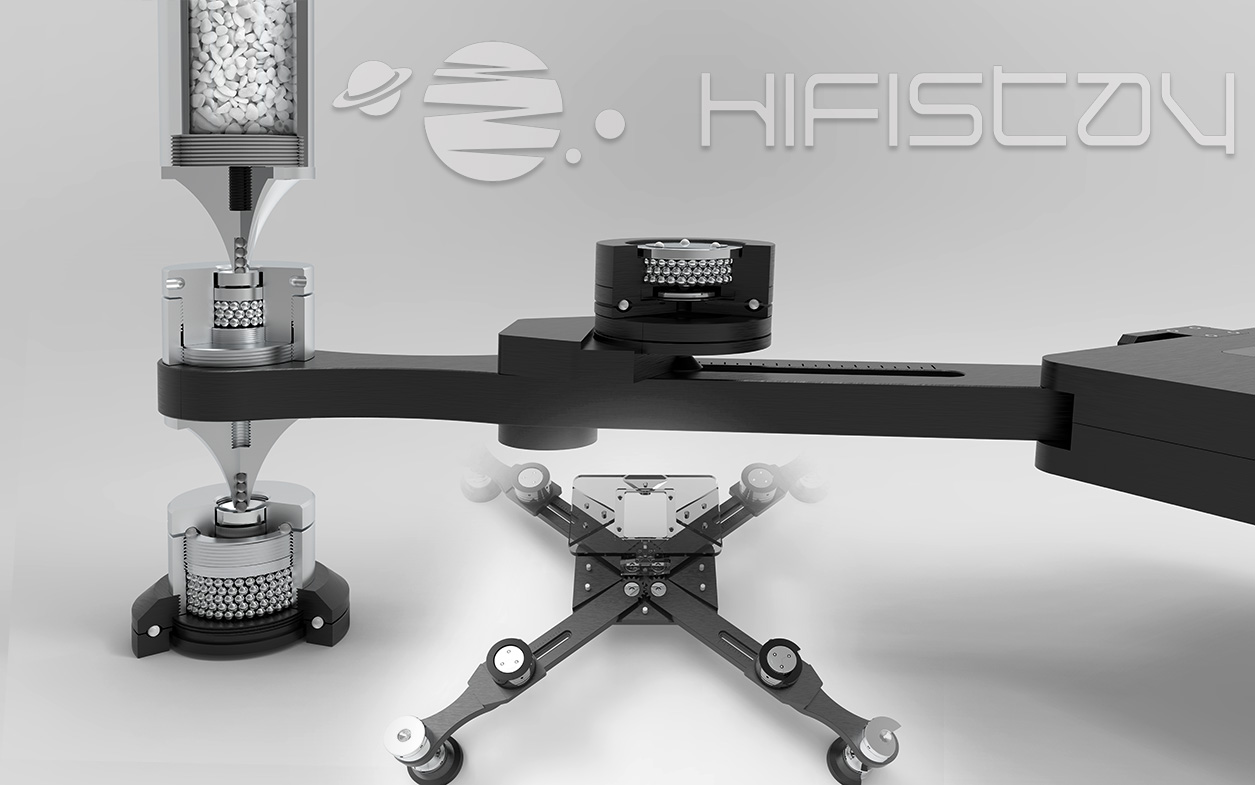