SPL shiftiness. We all know where our volume tends to sit, be it a figure on a display, a dot on a knob, a hyphen against a hairline scale or the row of LED on our Bakoon AMP-13R. With the new rack, things behaved patently louder, emphasis on 'behaved'. Certainly the SPL scale itself didn't move. That's a fixed value. Perception of fine detail did. To equal the before state meant a considerably lower volume. I refer to this as the curtain rise. It's the subjective loudness threshold at which—in our system and room, to our ears—the music shows up in full. Anything less and things begin to disappear. Anything more just gets louder. In all other aspects, it doesn't become more. With the Mythology X-Frame rack, the curtain rose a lot sooner. This was a remarkably keen very specific insight right after the switch. Another way of saying it is that the fullness of all the details now fit into a rather smaller loudness container. 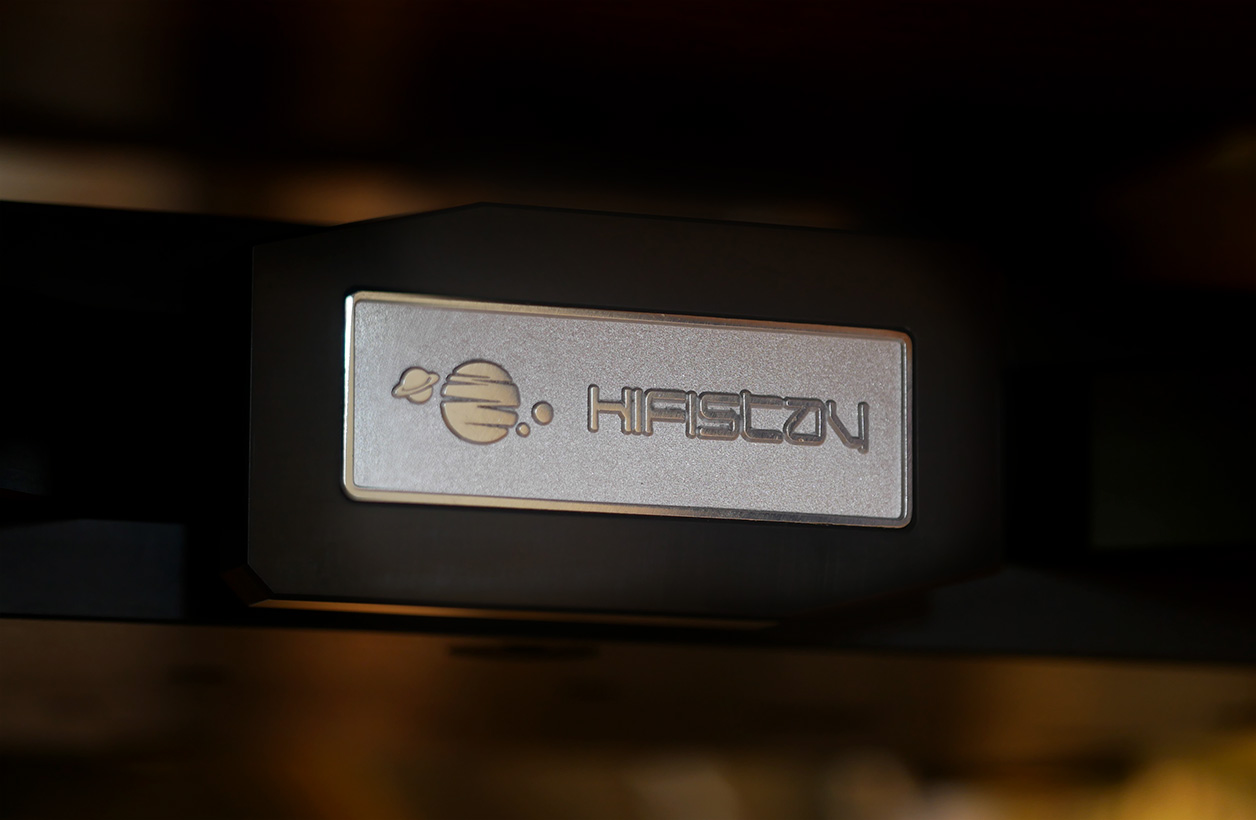 Silver decal on metal strut, one per tier

Acknowledged and assimilated, my mind instantly qualified it as being a more significant performance delta than experiments had netted just a few days prior, of comparing our Denafrips Terminator DAC to a loaner Terminator-Plus to then clock-syncing the latter's master clock to two different Soundaware SD transports. The playground of all those tests combined had been smaller than the now x-framed lesser hardware with standard Terminator DAC sans clock sync. 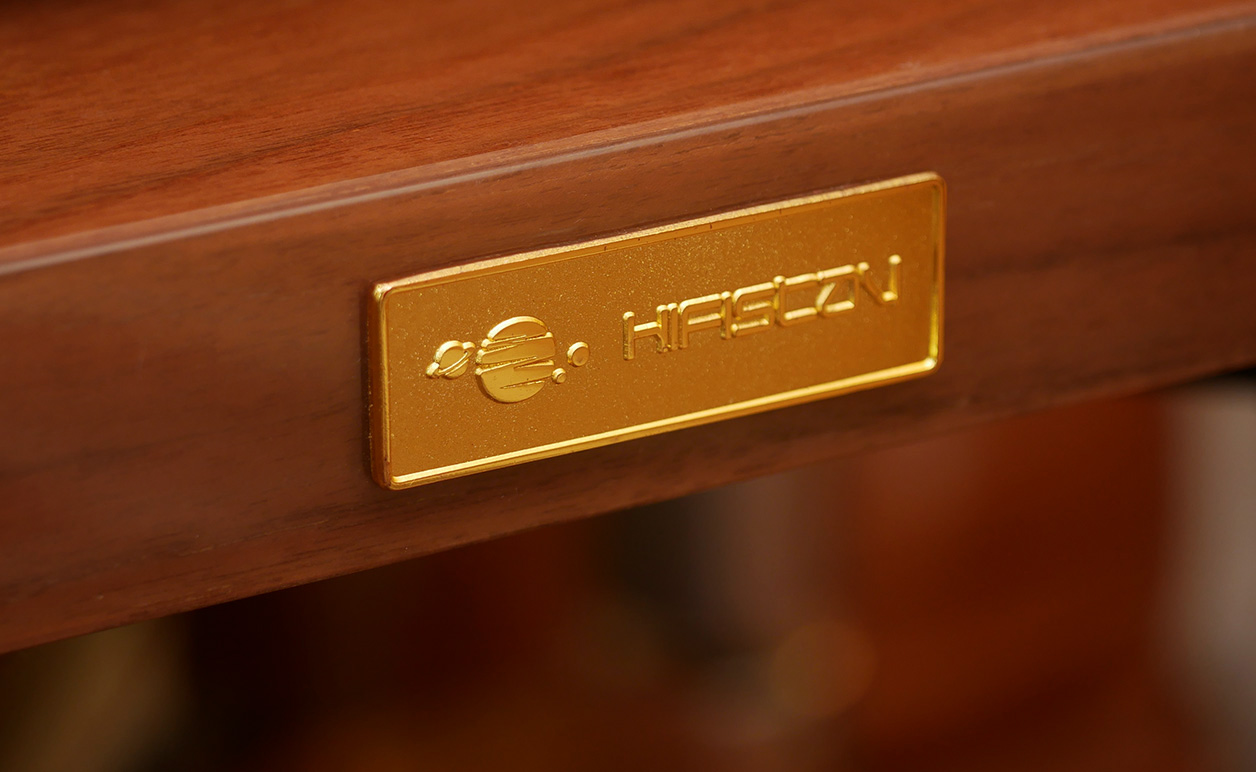 Once that mental penny dropped, I tuned into that strange but pervasive feel of louder silences between/behind the notes. In the dictionary, silence just means absence of sound as if it were a fixed value like '0'. So let's use numbers to paint the picture. In our before system, loudness differences granulated in whole numbers. The lowest sound I could still hear was a 1. If we call the total scale 100, I had 99 different loudness values. With the Korean flagship rack replacing a piece of mundane wood furniture—with two components squatting unceremoniously on the floor beneath it—my loudness granulation had acquired a decimal point. Now the quietest sound before zero was 0.1. Instead of 99 steps, I had ten times as many. This is an overdrawn attempt to explain the perception of increased subtlety and very distinct ability to have lower volumes than before show "everything". Other benefits were superior bass diction; and a clear lack of grain during close-mic'd female vocals traversing their top register at full power even with elevated SPL. Likewise for those potentially metallic whiffs of massed orchestral strings mixed too close up. Also, the sense of between-the-notes spaciousness had heightened as had contrast ratio. It clearly was high time I did something drastic for this hifi's mechanical support system.

I should have known better of course. The last time I'd done a without/with rack comparison simply dated very many years back. In the big system, I'd not driven rack-less since. I'd forgotten just how profound effective micro resonance attenuation can be. The upstairs system had started life as a personal after-hours pleasure. Then it had grown ever more serious. Soon it began to factor in reviews, either as alternate setting or even the primary theater when component price/size dictated. Now Hifistay had provided me with a very expensive if short-term reality check of still untapped potential. Sadly my primitive brain lacks a convenient 'purge/reset' button. How could I forget again the many tasty morsels I'd left below this hifi table? Oy veh be me? 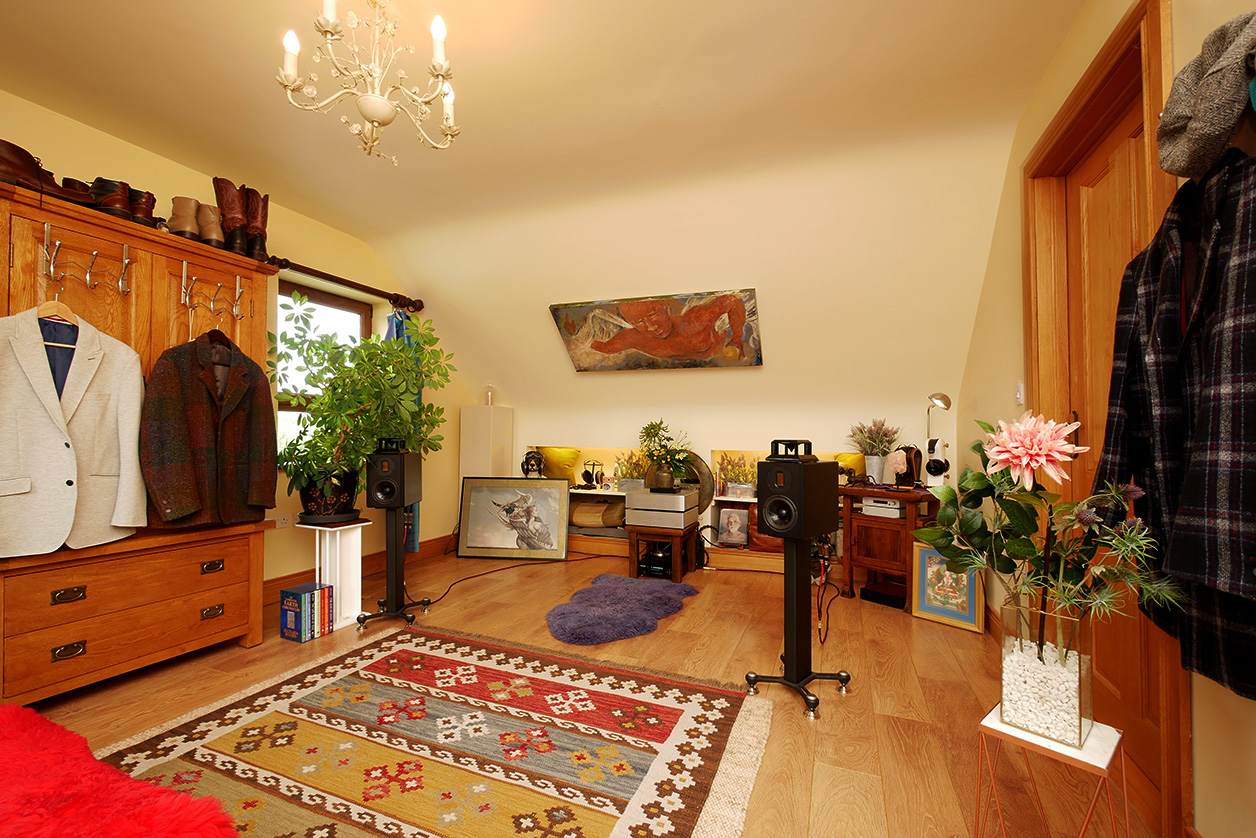 The state of affairs before, now clearly outed as sonically compromised and unduly 'primitive'…

I was rather feeling sorry for myself. Of course one glance at the global news just then spelled "get a grip". It's important to maintain a sorted perspective on this stuff. And, there are worse addictions to have than a lust for ever better sound. Audiophools Anonymous Inc? Quite. Cheers to another comrade fallen hard. Next a view on how the assembly looks double wide. The right stack used the shorter uprights at the bottom and four Stella60 repurposed from underneath the speakers. Those got topless Gyrotension footers instead. To arrive at two equal rack halves would require the following extras: 4 x Anti Gravity shoes and 4 x taller floor spikes to eliminate the uprights under the first tier of the right stack; and 4 x solid end caps to replace the self-centering spike couplers on the left stack's top. 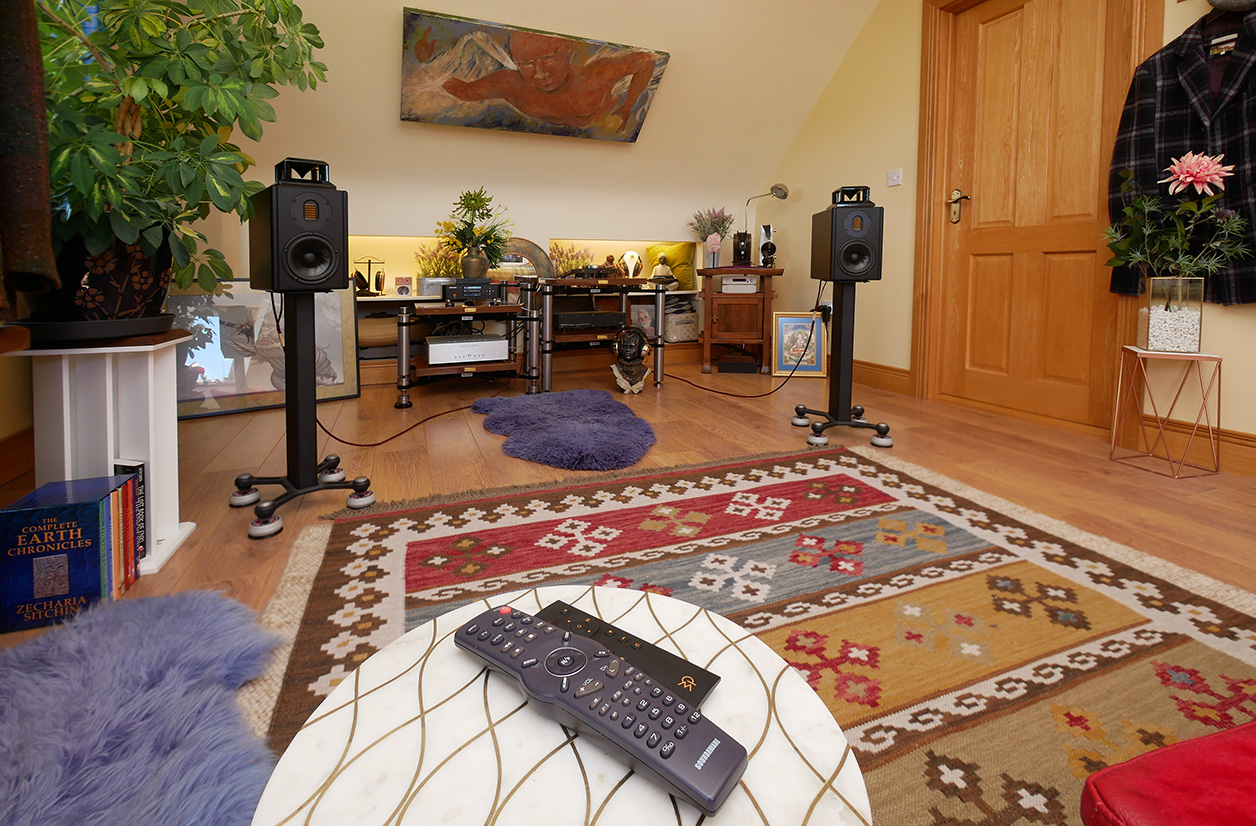 Another potential state of affairs after…