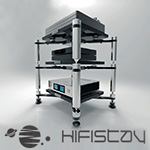 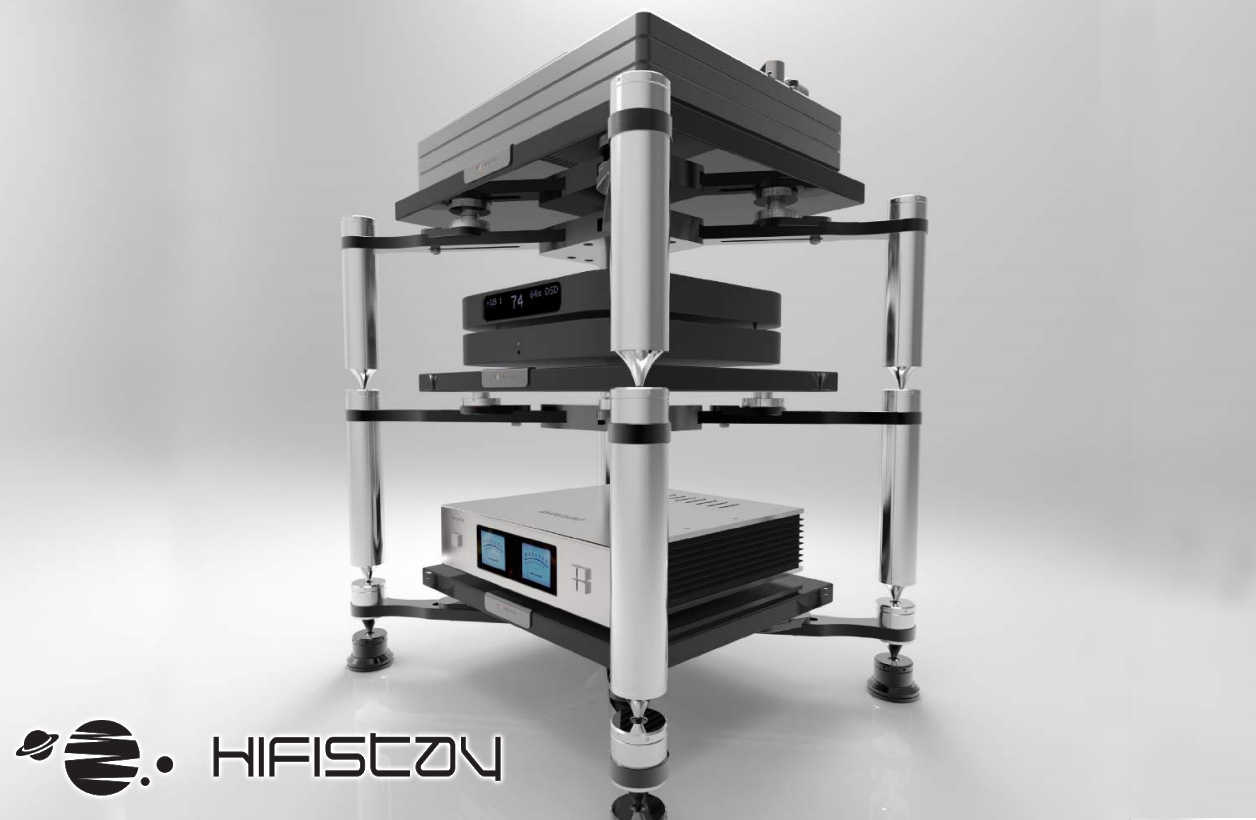 Racks. Go medieval to conjure up gruesome tortures. Move to the present. Slip into the presence of your hifi system. Its sound might already be tortured. Its pain just won't be obvious until the Grande Inquisitor brings in his rack. Sign the confession he demands. In your benighted foolishness, you believed that hifi racks were stupid. You claimed that regular household furniture was good enough.

But now you've heard his evidence. You've seen the light. In racks lies salvation. "I believe. I believe!"

Squeeze out a little tear to be convincing. The tired old chap with all the scars will let you go without a scratch.

The extra adjustment of today's X-Frame flagship over the newer Lite versions is the angle of the diagonal struts.

… leave your kit loafing at reduced capacity. So jump on the rack. You've already heard its effects. Now it's simply time to also squeeze out salty tears. A purpose-engineered true performance rack not shiny fashion item will cost you dearly. Be it Ansuz, Artesanía, Critical Mass Systems, Finite Elemente, Grand Prix Audio, HRS or Silent Running, the good stuff demands real money. R&D will have involved accelerometer and amplitude tests, lengthy prototyping, costly machining to tight tolerances in often very hard materials, finishing to look the part. If the final product subscribes to mass loading, it could weigh and cost a lot – in this case, €19'000 and 120kg as reviewed.

Into this upper echelon of rack providers who go most medieval on mechanical vibrations belong Korea's Hifistay. Founder Pyun Naiwon started this company in 2002. The first iteration of his Mythology rack premiered for the West at RMAF 2009 in Denver. He's no Johnny-come-lately to the sector. He's one of its very early developers. In April 2020, he began to add Mythology Transform Lite versions in standard and half sizes to his catalogue. The latter says hello to kit like classic Nagra and Linn, Simon Audio's 5 series or other half-width gear. If you admire Alvin Lloyd's sleek compact Grand Prix Audio Monaco 2.0 turntable because it sidesteps the oil-rig pretensions of other high-mass vinyl monstrosities, you could find Hifistay's executions – well, more industrial and oil-rig inspired. Wood furniture they clearly are not.

When I accepted to review their new Stella60 Double Swing spike-shoe footers, I nursed similar sentiments. Then I had my visit from the Grande Inquisitor. He whipped my sorry assumptions into shape. Duly castigated, I even penned a follow-on feature. Mind you, this wasn't about any atonement. I'm a live-and-let-live guy. This was genuine enthusiasm. I wanted to share it with fellow doubters. You might say that the sonic rewards made me do it. When London-based John Lim subsequently inquired whether I'd accept their flagship rack for review, I naturally was curious. How might my experience of four decoupling footers beneath each stand of a heavy monitor speaker compound were the same effective vibration-attenuating engineering applied to all the gear driving said speakers? Cue greed. How much better could it get?