"The Mythology Transform X-Frame (TX) 4-tier is ready for dispatch. As stated, Mr. Pyun applied an upgrade. This was to his Perfect Point component interface installed on your samples (all 250mm columns plus one set/4 200mm columns just in case). Perfect Point+ still has the same single swing structure with 3 ceramic balls at the bottom. Unlike Perfect Point's roller top with one large ceramic bearing, Perfect Point+'s new stainless steel structure contains three layers of steel balls plus 3 ceramic bearings on top for more effective contact with the component (or shelf). We're also shipping you 4 high-performance optional boards. Called Perfect Board, we're still in the final prototype stage to conduct more field tests over the next few months. But what we included will allow your photos to already show the final appearance. The Perfect Board bonds three MDF layers together under high pressure and the middle layer contains an acoustic pattern filled with special damping materials."

For four tiers, one could instead order a double-wide configuration as shown; convert a single 4-up tall stack to two low riders with another quad of floor decouplers; or do a 3-up + amp stand.

With any such modular approach, flexibility is king.

Here we see how components of different depth/width will exploit the swivel feature; and how the packaging of the individual parts organizes in stacked layers. Hifistay recommend two people for assembly. My shipping docs announced three boxes each measuring 93 x 80 x 43cm for a combined weight of 136.5kg! 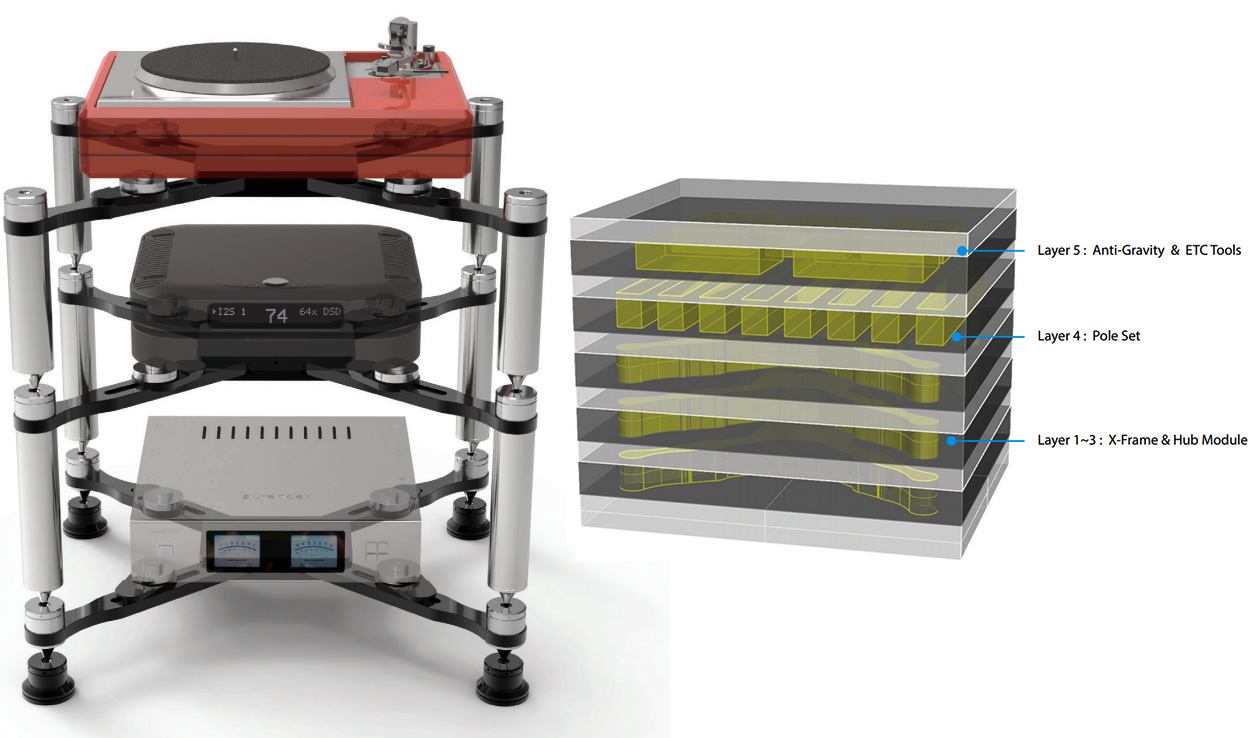 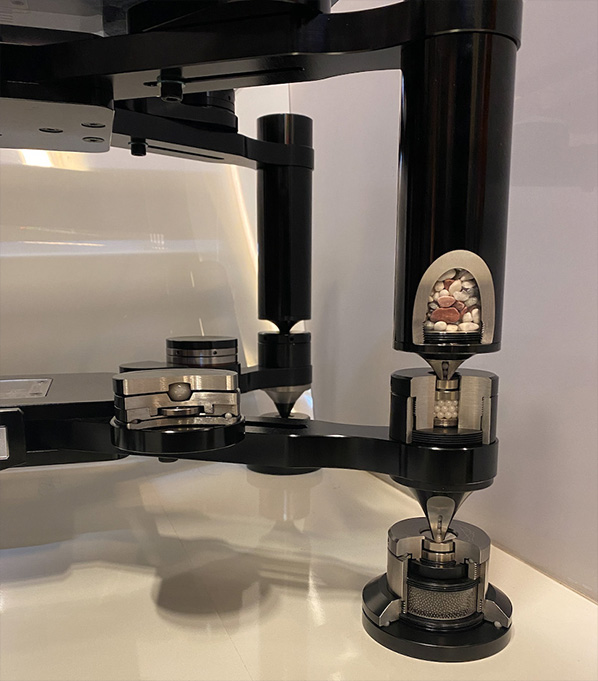 Due to the freight's high value even at manufacturing cost for insurance purposes, the demand for VAT plus customs clearance nearly hit four figures. Unlike FedEx, DHL & Co., freight forwarder Interlink hadn't yet modernized to an online payment terminal. They required an old-fashioned wire transfer to Dankse Bank in Dublin.

If Hifistay were just a factory-direct operation, buyers would pay such value-added tax upon delivery. That could add from 7.7% in Switzerland to 27% in Hungary. Alas, they're not. For Europe, at press time there were established distributors in France and Greece. Benelux was in the wings. Starting in September 2020, John Lim in London would handle all EU/UK markets still lacking formal distributors. Discussions for partners in Germany, Italy and Spain were underway.

This frees buyers from significant hidden fees by not self-importing heavy gear across international borders. It also creates opportunities to see, touch and evaluate the goods prior to placing an order. There was more.

"Our current 3D renders of the Mythology TX are outdated. New visuals are in the works. Here is a brief description of updates incorporated beyond the new Perfect Point+ already explained. Our current Anti Gravity spike shoes on the floor were upgraded to a triple-swing structure based on our Ballerino 88.

"The middle spike shoes in the uprights now feature a new internal structure of 3 layers of steel balls. These upgrades applied to all Mythology TX racks sold since early 2020. We simply made no official announcements about them yet but this render of the new Mythology TX Lite rack now shows them."

It's rare for manufacturers to implement running upgrades without making any noise about it. Now that cat was out of the bag. It was big-gun open hunting season on any bad little vibes even thinking about messing with any components isolated on this flagship Hifistay rack.

Of course cynics call it all gratuitous overkill. That's their job. My ears would listen to learn whether these elaborate efforts pay dividends. That's their job. Actually paying for it in hard currency could be yours? Going into today's gig, we knew that playing isolation games at this level doesn't come cheap no matter whose name decal sparkles on the rack. Mr. Naiwon's team applies very serious machine-shop chops and time to perfect complex constructions and luxury finishing. Unlike mostly empty component casings decorated with fat face plates, buying their rack let's you and your back know without doubt where your money went. It's equipment support done Heavy Metal style. Unlike such music, the focus isn't to make lots of noise. It's the exact opposite: being as mechanically silent as possible. 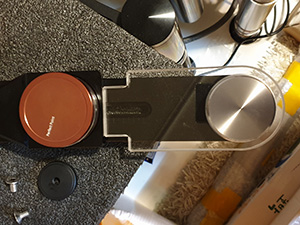 "For the Perfect Boards, fix the X-Frame angle for the struts in the basic position so they're in line with the last mark. Then unscrew the Perfect Point+ tops and replace them with the tops of the old Perfect Points. Those shipped mounted to the bottom of the boards. Place a large ceramic ball into each to face the metal covers on the underside of the boards."

"For the intended optimal alignment of Perfect Point+ to shelf, use the included acrylic spacers. They will set the slider inserts at the right distance. Then simply tighten them down with the bolts below."

I felt like I'd play at legos again, jigs and all. The plan was to scratch-free unpack the lot on the carpet of the main system, configure all the tiers, then walk each upstairs. There I'd build a three-up stack for the smaller system. The full 4-tier rack would later rise behind the downstairs speakers to compare against our Artesanía double-wide Exoteryc on the sidewall. Upstairs the comparison would be against a wooden foot stool such as non-audiophiles would use without thinking twice.