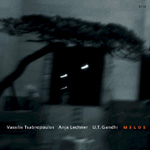 Starting off simple, I cued up "Promenade" from the Vassilis Tsabropolous / Anja Lechner album Melos on ECM [Spotify link] with percussion by U.T. Gandhi. As expected, the triangle's silver strike at 0:17 rose completely unfettered and crystal-bell like. More impressive even were the very beginnings of all bowed cello tones. The tonewood resonances immediately following them are that instrument's calling card. Different was hearing the action of horse hairs on strings preceding the wooden aspects so clearly. To my ear/brain, it was more obvious than ever how this instrument's sounds occur via string friction as the first points of contact. I saw it plain as day. It made the illusion of a cello being played a more active presence and constant process rather than mere result. Like the falling felt-covered concert grand hammers, this was about heightened transient fidelity. Because the energy storage of these transducers was clearly unusually low, they could even resolve tiny metallic pings by Mr. Gandhi which all our usual speakers—I've listened to this track for years—never do because they're so deeply embedded in, hence overlaid by, far louder sounds.

In one plain familiar track, Børresen's 02 had lucidly explained the benefits of its low-inductance driver tech. Whilst very high specificity of image locations was a logical aside, I don't pursue or value extreme soundstaging in the way Lars Kristensen does. As a conservatory-trained musician with 15 years of active playing, I never heard it live, thus don't consider it very important or realistic. So I didn't tune into that aspect aside from noticing its presence. Instead I tuned into its enabler – heightened timing precision. That's usually grouped under the catch-all acronym PRaT for pace, rhythm and timing. However, it's far from exclusive to rhythmically propulsive tracks accompanied by manic head bopping. Timing starts with single tones. It's about how they rise out of the inky blackness of nothing. Complex stuff just consists of many single tones. Those occur in succession, horizontally, and/or stacked one atop the other, simultaneous and vertical. So timing is far more elemental than complexity. It doesn't rely on rhythmic complications to matter. True, the attendant higher suchness/verity accompanied by easier comprehension or intelligibility most certainly compounds when timing doesn't waver once things get dense. But as a core quality, it's perfectly evident already on an elegiac legato tune like this gorgeous piano/cello number; or a solo guitar. 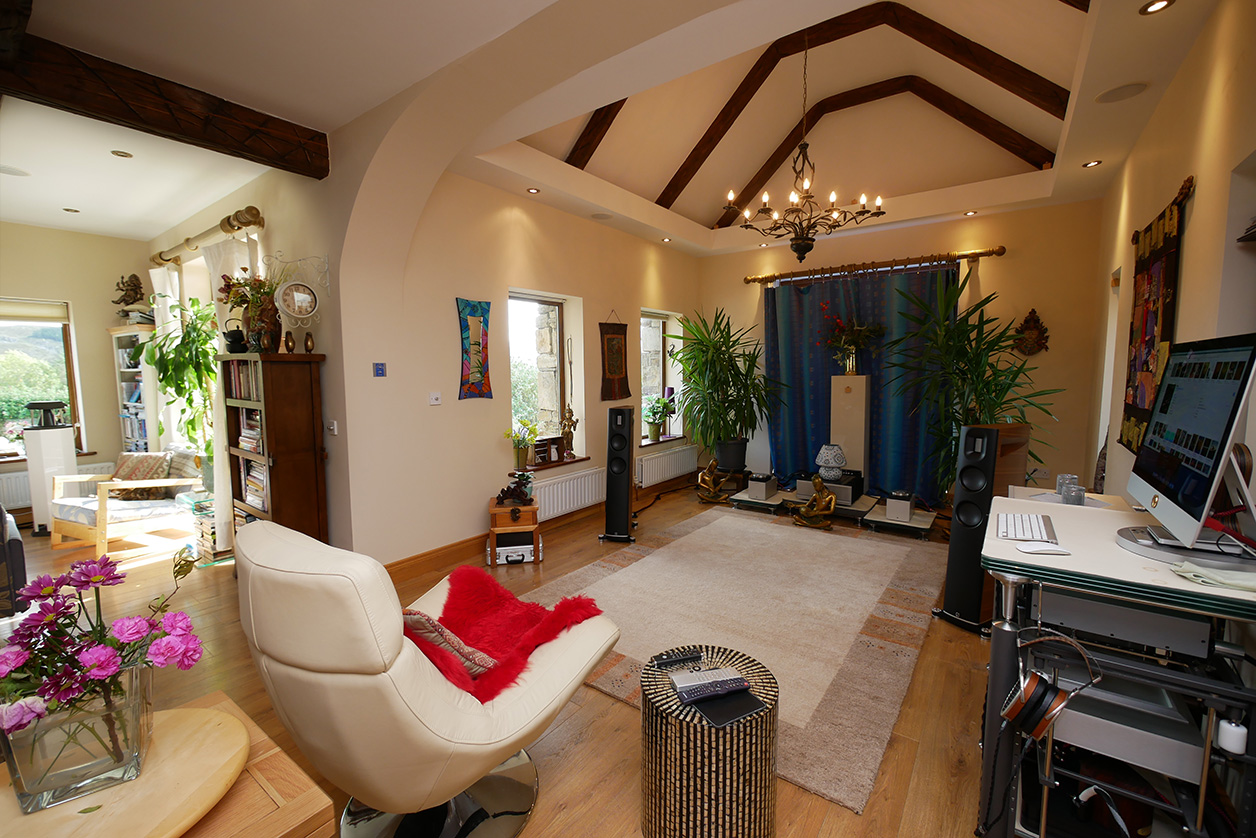 What the 02 couldn't do like our customary 4-way Audio Physic Codex with hidden long-stroke 10" woofer? It couldn't capture the full gravitas and weight of Vassili's left-handed piano accents. Here max 25Hz extension with far higher cone surface area has the obvious advantage over 50Hz reach from the cone area of a compound 5.7" driver. That's simple common sense but still a valid reminder for those who expect this €46'700/pr speaker to do it all. In that sense, the 02 is groomed as a race not draft horse. If you want to race beer wagons, you need more drivers. Hello at least 03.

To add a few more performers to my virtual stage, I progressed to Enrique Heredia Negri's take on the Agustín Lara song "El útimo beso" from the eponymous album. As before, subjective stage height was taller than usual, with vocals slightly above the gold vase atop the Zu Submission subwoofer. Percussive events again were exceptionally acute, often startling. Soundstage layer separation whereby each instrument occupied its very own clearly delineated space was very high. Venue images from reflections around their sources were plain. The purity and power of the high male vocals was intense. Had I held any secret concerns that tone would be slightly lean, colors slightly pale, I would have underestimated my German designer triodes inside Vinnie Rossi's direct-coupled preamp with 900kHz bandwidth. Their triode-aroma molecules flew right at the listening throne, unfiltered through these very quick transparent not-holding-on transducers. Versus my recall of the Aalborg sessions, those DHT contributions of temporal elasticity and rich harmonics in fact made the most obvious sonic difference.

Which begs a tire change to inspect what we intuitively associate with speed in playback hardware. It's not hyper-caffeinated haggardness. It's not nervy exaggeration which overcooks leading edges into virtual crisp sizzling bacon. As I understand it, speed is what's left or laid bare when energetic resistance—which itself is electromechanical reluctance to let go of the signal—disappears. Indecisive let go means that portions of the signal arrive late. That could be due to internal cabinet reflections which leak back out through the driver membranes. It could be due to energies stored in the diaphragms and their suspensions which add themselves back 'behind the beat' as it were. It could be due to crossover even membrane phase shift…

…and the harmonic discombolution that occurs when the fundamental of a tone and all of its harmonics don't arrive at the ear at the same time. All of it steps on the brakes. When those actions are eliminated or sufficiently weakened, speed is the inevitable result. As such it is the absence of indecisive and sloppy timing, of blur and fuzz which are often mistaken for warmth. It simply doesn't figure that this would be synonymous with sharpness, hardness or exaggerated edging; with inherent leanness or bleached-out colors. 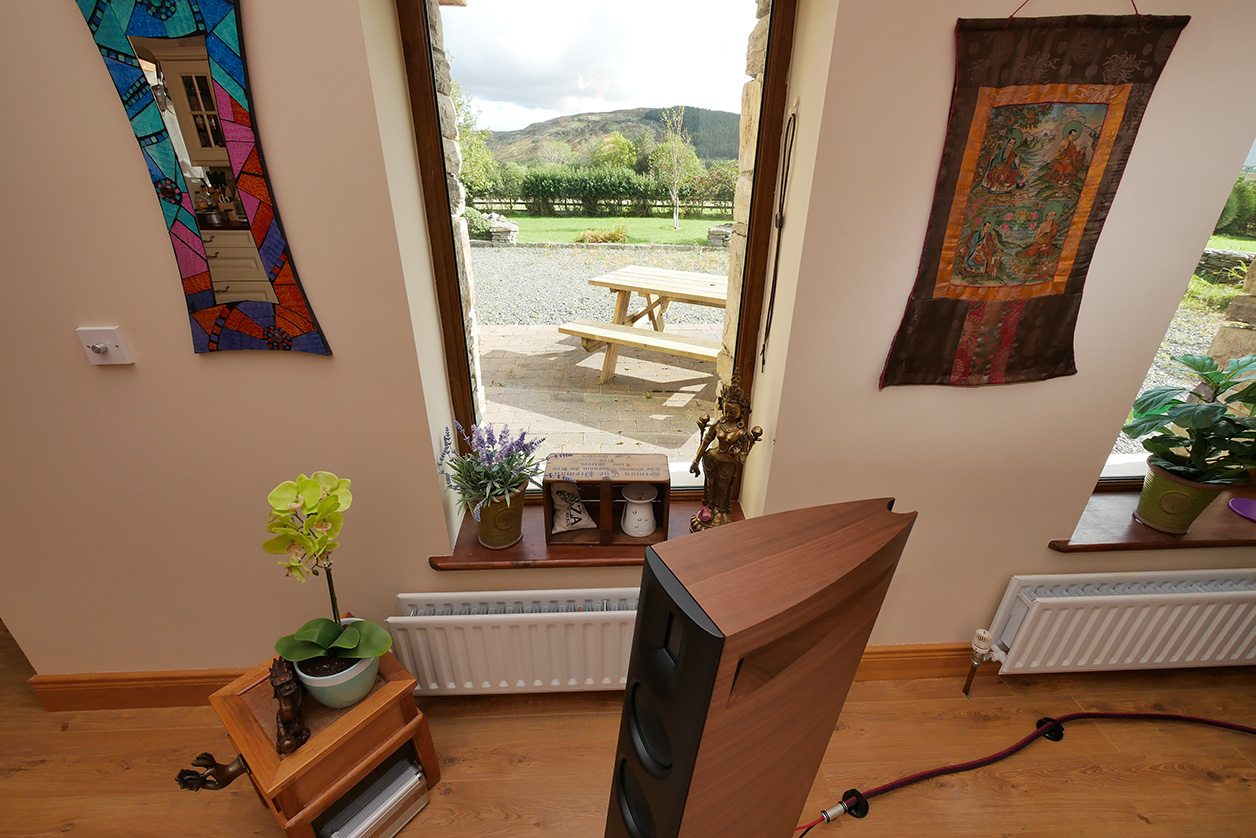 The cabinet's cross section with  concave rear channel spells serious machine-shop expertise. Getting the solid Walnut channels for the tweeter vents to blend perfectly with the veneer can't be a walk in the park, either.

Instead, the sonic qualities of speed are great nearly crystallized clarity and easy articulate timing. From that stems beat fidelity which is particularly apparent with anything percussive. The sonic qualities of speed are also magnified resolution to impact soundstage precision and separation; and greater energy projection whereby the music no longer lingers passively behind the speakers but projects from great stage depth actively across the room straight into the listener's lap. Which is precisely what I heard and which, in the end, is probably the hifi quality I value most: energetic projection as the communicating force of the musical message which, lyrics aside, isn't about wordy meanings at all but the encoded emotional charge the musicians left behind. Applying Richard Vandersteen's video on non-pistonic driver behavior, it seems fair to suspect that Michael's ultra-stiff carbon/composite cones too operate exceptionally pistonic across their bandwidth. Exploiting the latest in hi-tech materials to craft drivers for very expensive 'high-end' speakers would seem mandatory then, not rely on yet another lossy, friendly and non-offensive but also low-resolution simple paper cone.