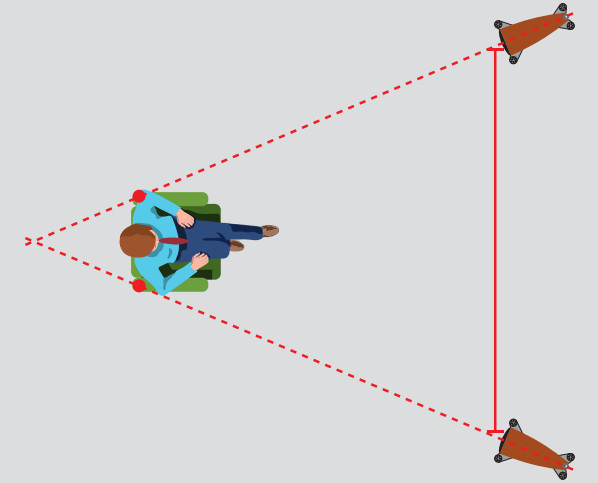 The matching 4" mid/woofer exploits a non-woven carbon-fiber from Toray of Japan which weighs just 22g/m². As they do for Formula One race-car wings, two very thin skins of this composite graft to a Nomex honey-comb core. That nets a moving mass of just 5 grams, 8 grams lighter than Michael's previous Raidho driver yet strong enough to be stepped on. As we saw, this is an exceptionally well-ventilated  transducer for minimal air turbulence and reflections.

It gets its own N52 super-neodymium motor (N52 is the currently highest-grade neodymium) with solid copper pole pieces to be entirely without iron. Losing the iron reduces inductance to 0.05mH, an order of magnitude lower than conventional drivers. One benefit is that the first impedance peak of the 02 ports occurs at a low 6Ω. The second peak is nearly gone. Now the amplifier delivers far more current into low frequencies than it would into the typical impedance curve of a ported speaker whose first peak could be 50Ω or higher. Such resistive extremes sacrifice power delivery hence control. And that leads to typical room boom.

The Børresen 02 is far easier to place. Room interaction through its twin ports is much reduced. The second benefit of low inductance is that the driver accelerates faster to keep up with the ribbon tweeter.

"Instead of using iron to conduct our magnetic flux, we squeeze it together with two south magnets on the outside and two north magnets on the inside which short-circuit themselves and produce 1.1 Tesla in the gap. In an iron motor, just 1/10th of a millimeter of added copper reduces sensitivity so only very little can be used. Meanwhile our design gets to exploit thick sold inner and outer copper rings which remove nonlinear voice-coil behavior on the in/out strokes, hence lower our dynamic distortion which is very hard to measure but easy to hear. Copper also makes for an exceptional thermal conductor to dissipate heat and its reluctance to magnetic change helps keep our inductance low."

For the same reason, the voice-coil former is titanium not aluminium to avoid the breaking effect of hysteresis as the phenomenon in which the value of a physical property lags behind changes in the effect that cause it, as for instance when magnetic induction lags behind the magnetizing force. 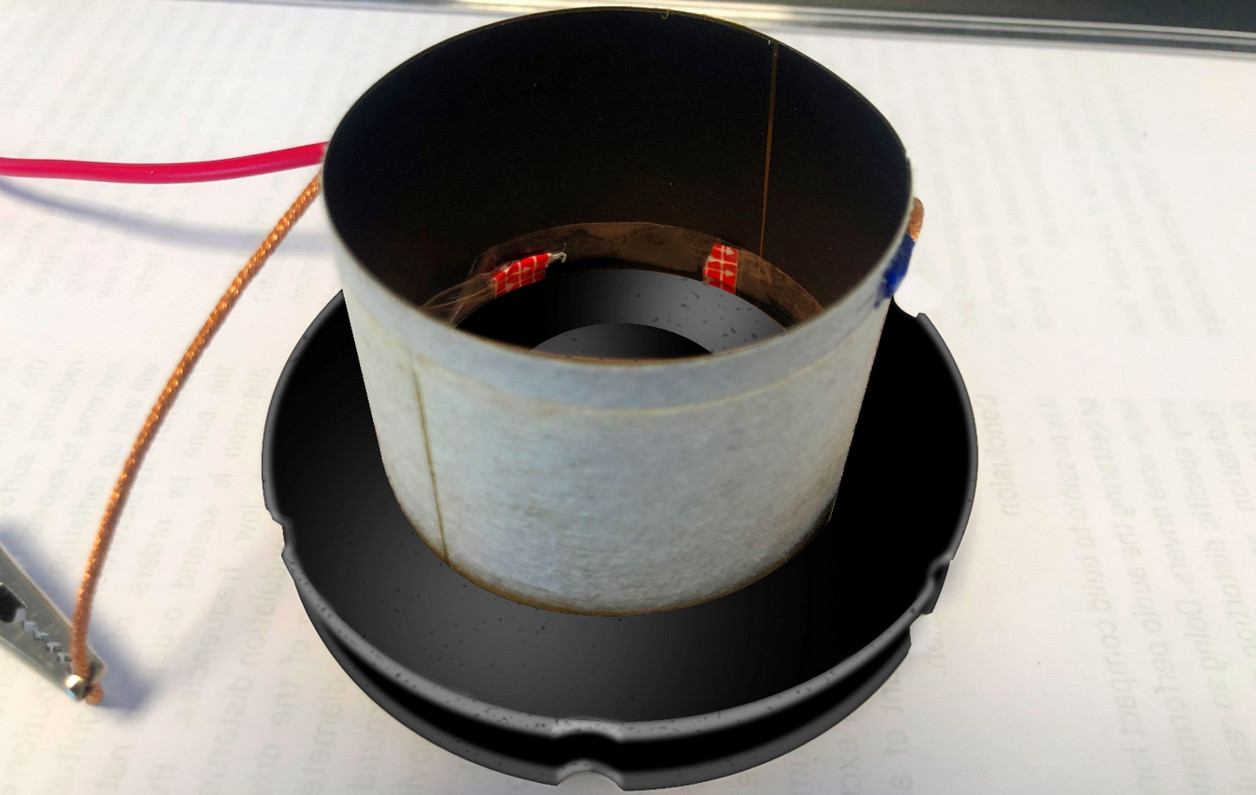 To demonstrate voice-coil data in different pole piece materials, Michael submitted the following graphs. Those are from experiments they conducted as part of their patent survey for the iron-less motor. "As the main interest here is to get the lowest possible inductance from the voice coil, we experimented with one of the best currently available electrically conductive non-magnetic materials, C101/CW004A copper, and a highly magnetic conductive (high permeability) material, annealed soft AISI1006 iron. These experiments had the same voice coil placed in identical magnet systems with different pole piece materials. As such they are representative of the performance gains we see in our proprietary drivers. As seen in the measurements, copper or any other highly electrically conductive material of low magnetic permeability significantly reduces the inductive voice-coil elements to become a very desirable trait in loudspeaker design. These measurements were conducted with a PC system and Dayton Audio DATS V2. The screen shots are of the actual impedance sweeps." 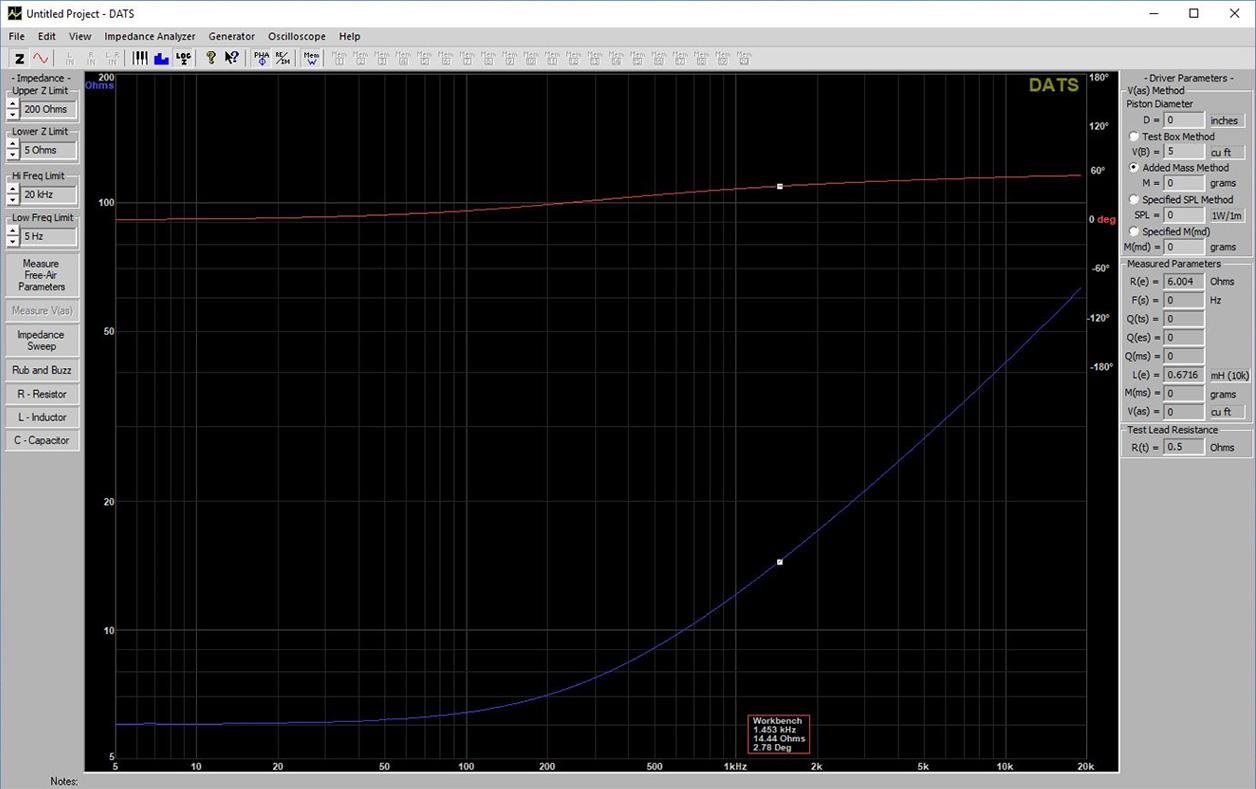 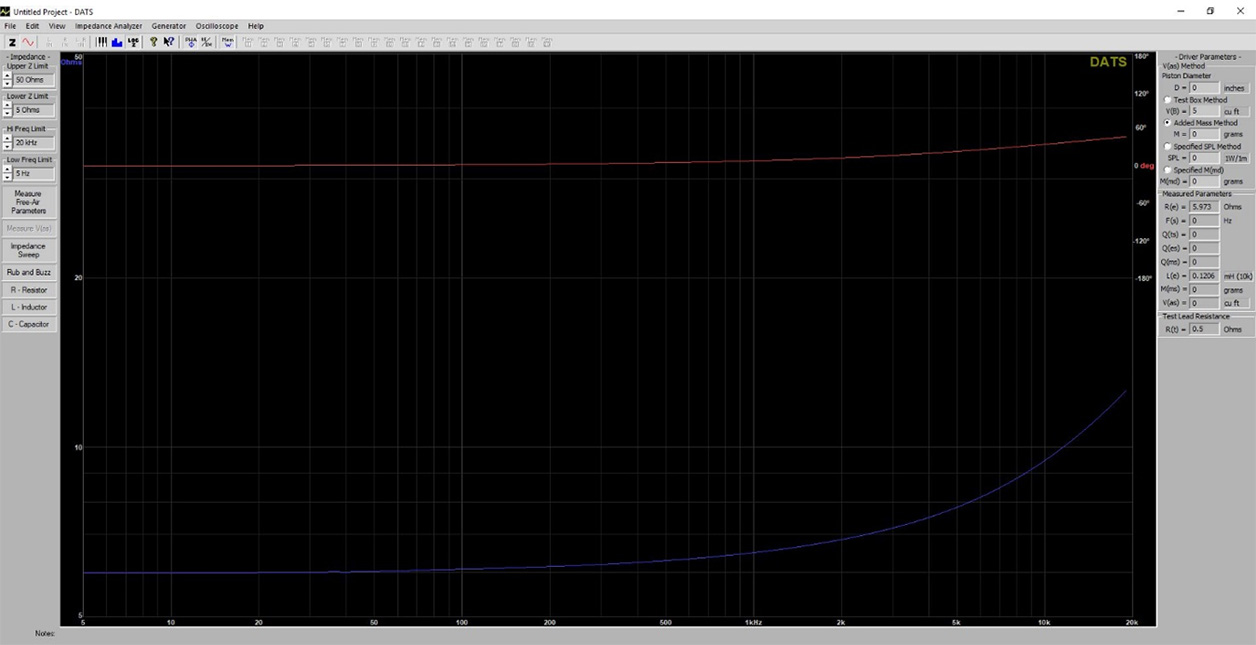 To demonstrate the effect of the copper/neodymium motor on the actual impedance plot of the speakers, here we see the Børresen 01… 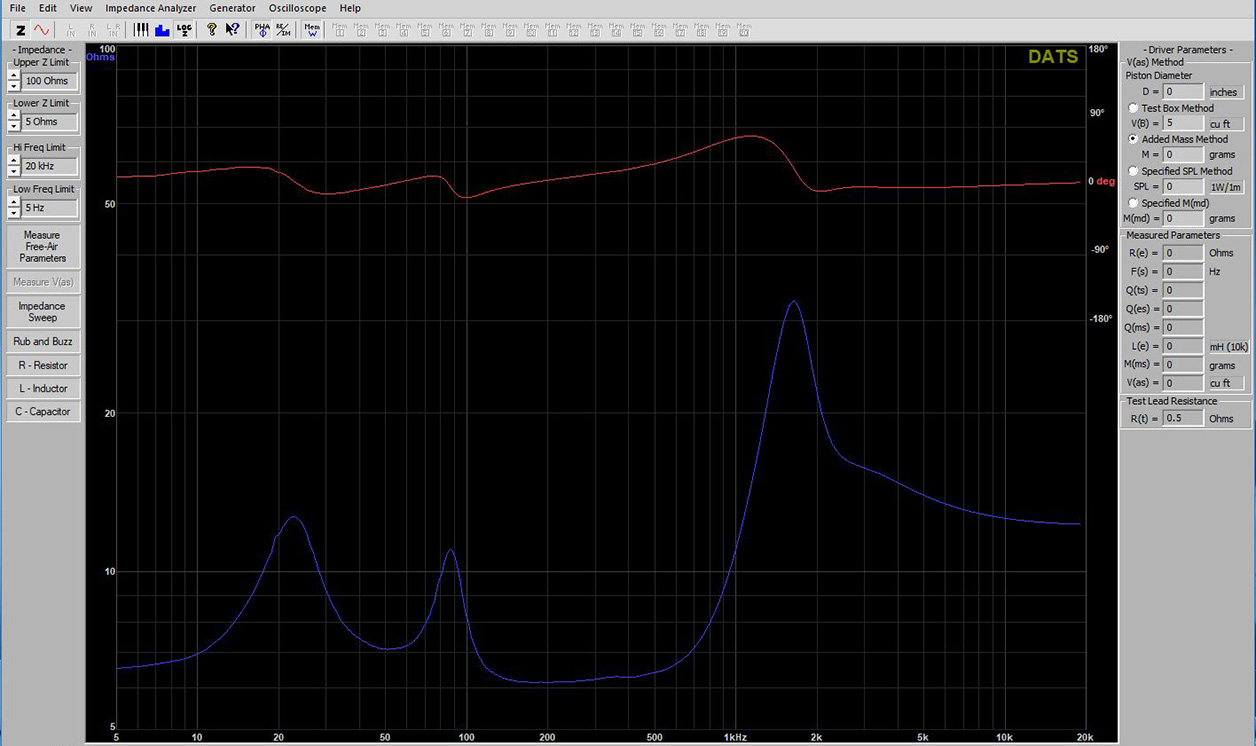 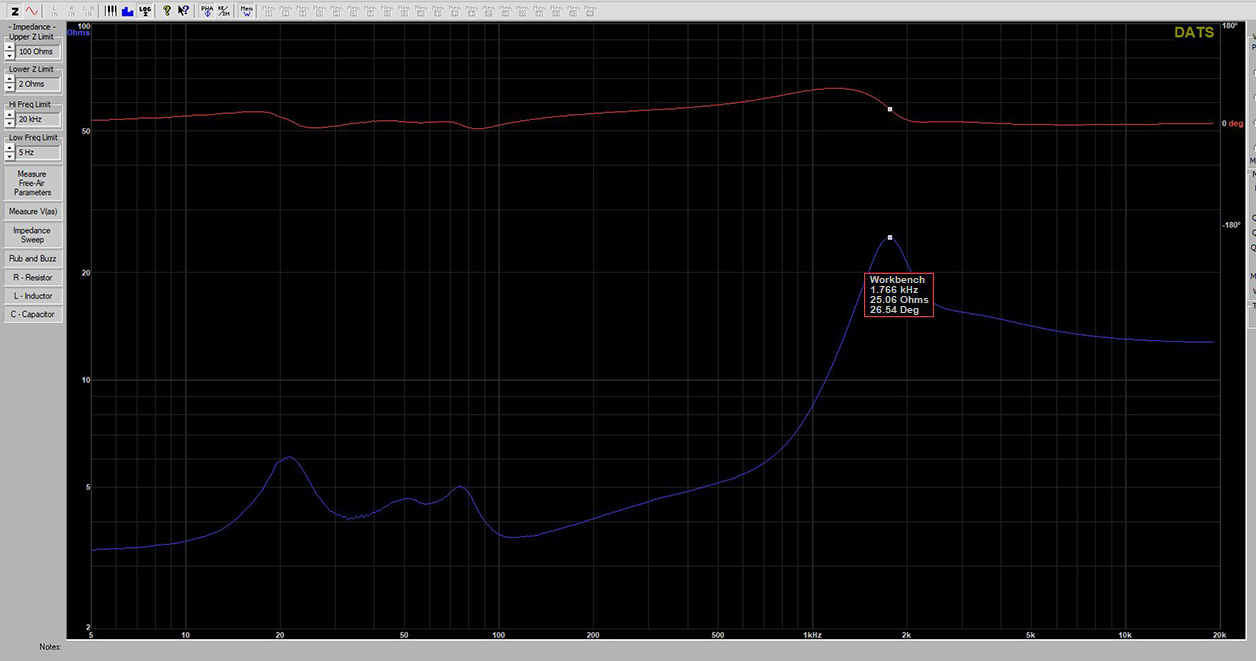 … and 03. With the red lines representing phase, we appreciate just how linear these speakers are on that score. 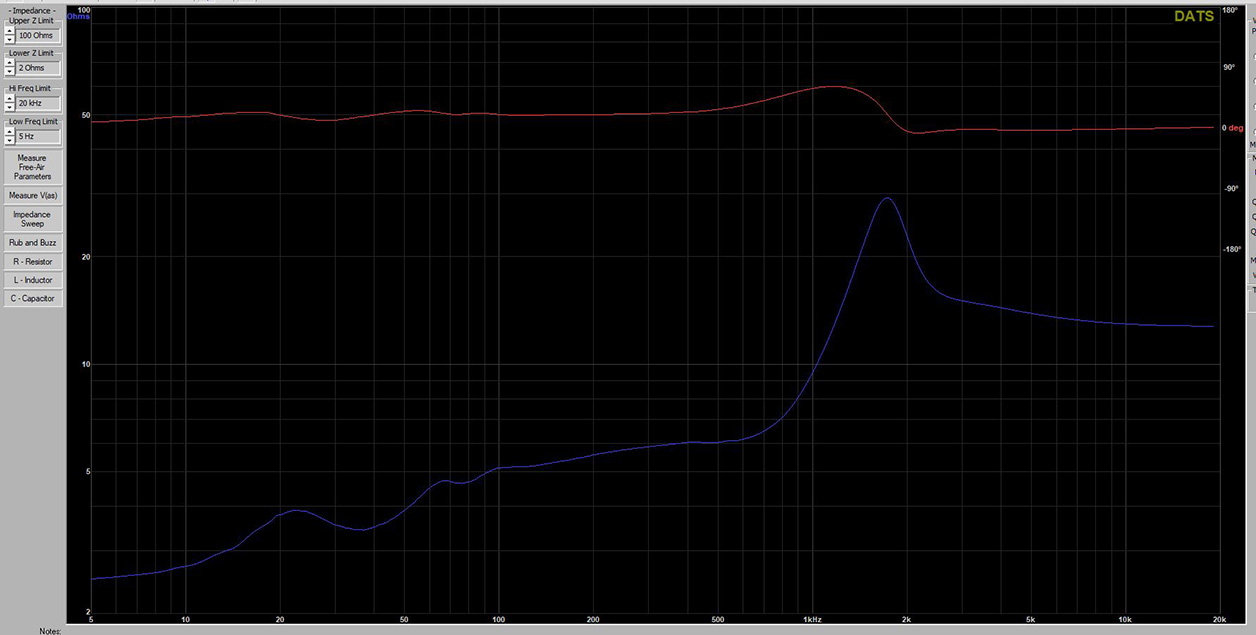 "The mid-frequency rise is due to the crossover where the two drivers share their current thus sum their impedance through the series crossover."