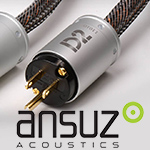 Six feet under. It's where we go to push up daisies. Eventually. Today we're still on this side. Now going deep makes for a solid foundation. In hifi, a solid foundation means quality AC delivery from premium power distribution. After all, the sound we hear is modulated utility power. While we can still shift that burden on inanimate hardware so away from our mortal coil, getting the usual noise which accompanies power delivery to push six feet under is the aim. Here the Ansuz Mainz8 conditioner shown next uses lots of coils in the pursuit of noise attenuation; Tesla coils to be exact. It also uses dither tech, the term Ansuz use for modulating the remaining ground noise similar to how advanced marine sonar does it. Ansuz also exploit scalar fields including the Schumann resonance and its harmonics by injecting random squares at low frequencies. That's a further development of what company principals Lars Kristensen and Michael Børresen had worked on at Nordost when they licensed Bill Stierhout's quantum resonance technology aka QRT. 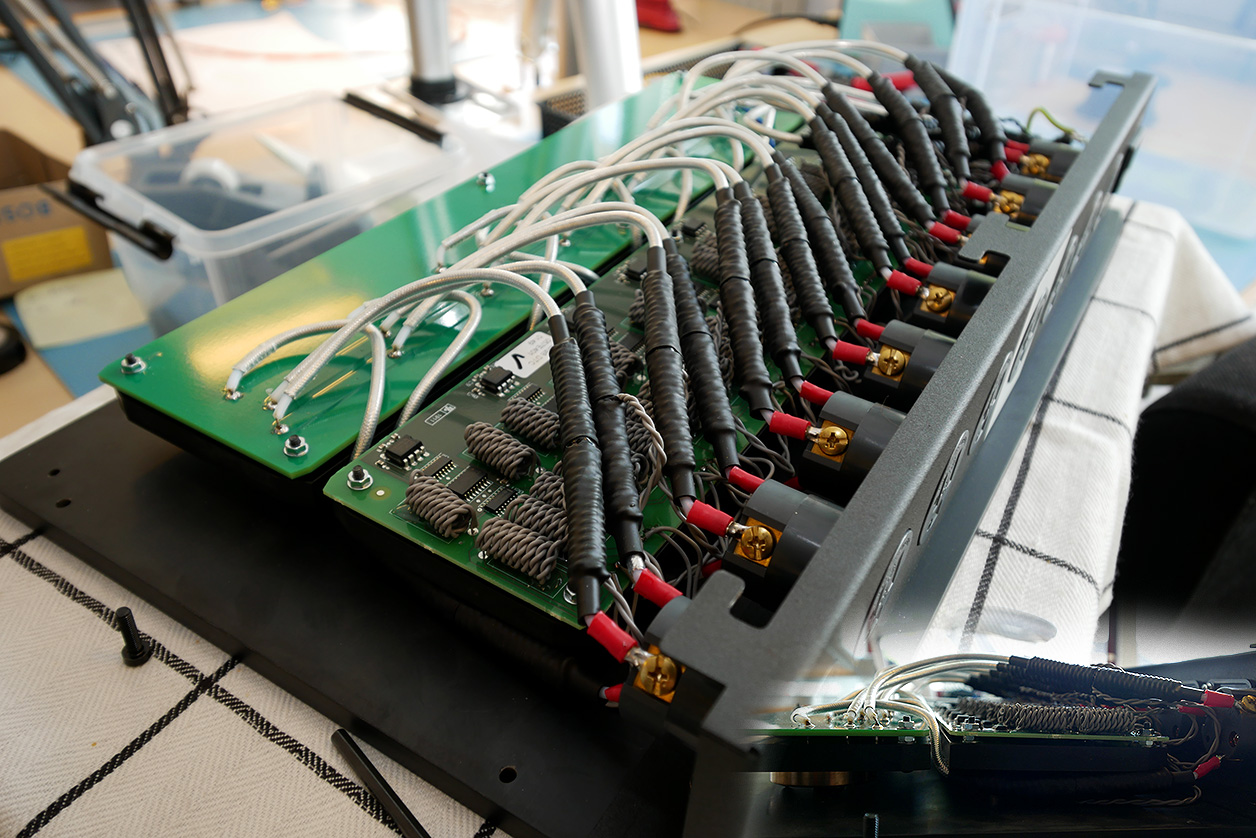 The enclosure is MDF and steel to avoid the hysteresis effects of paramagnetic aluminium. At present, outlets can be EU/Schuko or US.

Ansuz dislike power conditioners based on transformers, capacitors and inductors. "Too sluggish" is their reason. Theirs are power distributors. Instead of filtering AC, their open coils attenuate the peaks of transients atop the 50/60Hz wave to soften the HF spikes and change the shape of the noise. A transient in a coil creates a current which the counter-rotating coil cancels. That action operates well beyond 100kHz. It's not noise we hear directly. It's noise that makes the power supplies and rectifiers of our gear work harder. Sonic gains come from them working better. The bigger a power transformer, the more it becomes a passband for high frequencies due to the capacitance between its windings.

To avoid the aerial effect of cables, Ansuz build theirs with plenty of loop backs, twists of different lays and spliced sections. That spreads out a single large standing wave of a straight-thru build over many far smaller waves. Being composed of many dissimilar lengths, these cables don't know how long they are. They cannot work as antennae. In the world according to Ansuz—that would be Odin whose rune is ansuz for wisdom—it's not about standard filtering methods. It's about lowering the inductance of the AC supply to maximize power transfer whilst minimizing the effects of ultrasonic noise on the attached components. But there's still more: mechanical grounding. If you look closely at the insert of the upper photo, there's an Ansuz Darkz footer beneath the circuit board. Darkz are three-layer discs separated by 2 x 3 ball bearings. Depending on one of four grades, the hardness of the bearing interface rises to increase the transmission effectiveness of micro resonances. This goes from anodized to hard-anodized aluminium to diamond over aluminium to diamond over tantalum over scandium over titanium. These layers are generated in the particle accelerator of the Physic department at Aarhus University. There raw parts undergo a lengthy process involving an argon atmosphere and being bombarded with carbon and other powders to grow alloyed interlocking skins. Darkz footers appear inside Børresen speakers, beneath Aavik electronics and as couplers of the Ansuz titanium rack (above and below the shelves, separating the upright sections and on the floor). 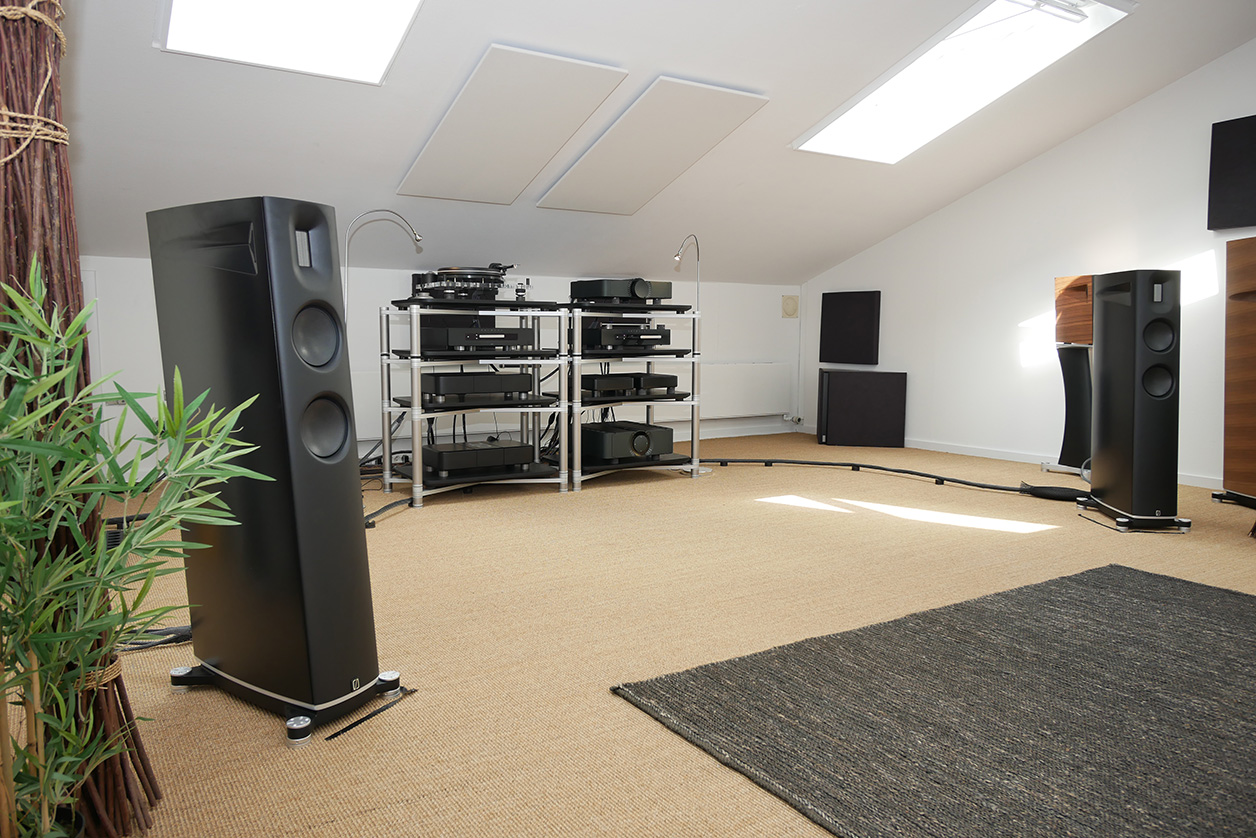 A listening room at the Ansuz | Aavik | Børresen facility in Aalborg.

What makes the Ansuz range interesting is that it forms the actual foundation of any Aavik/Børresen system playing a trade show. The people behind it have a holistic view on system behaviour. With their current portfolio, they control every aspect of the hifi chain except for turntables, streamers and CD player/transports. It's why my contact Morten Thyrrestrup suggested "the D2 power distributor and a 4m D2 power cable to the wall plus three to four 2m D2 power cords for your gear." Talk about a good first and second layer of massive concrete foundation for our rig. After my visit to the Aalborg factory, this would become my second review assignment after the Børresen 02 speakers, with the Aavik U-380 integrated to follow suit. With suitable overlap between gigs, I'd arrive at a near complete interim Aalborg system.