Star-crossed lovers? With the Mainz8, the subject is star-grounded lines to avoid star-crossed lovers. That means that the central power outlet is the star ground with the lowest impedance. It's meant for your preamplifier as the component which most of your other gear plugs into and where all the signals meet.

From that outlet, the other components cascade down and ideally the outer outlets feed your power amplifiers where everything ends. It's why the best power cord you can afford should go from the wall to the power distributor's inlet and the second best from its star ground to the preamp.

This concept differs from filtered power conditioners which routinely dedicate two "high-current unfiltered" outlets to your amps. That clearly signifies that their filtered outlets restrict current flow. It's the exact thing the Ansuz Mainz8 wants to avoid. The subject continues with the 10mm² ground leg of all Ansuz power cables which is "5-10 times bigger than most". By plugging into the Mainz8 which also distributes the ground, you not only avoid floating your components. You create a very strong central electrical ground connection and reference to enjoy the least lossy signal transfer.

In the following video, Michael Børresen explains the concept. Empty sockets in the Mainz8 can be fitted with the Sparkz plugs shown in the insert to add more Tesla coils and scalar signal.

"The Ansuz double-inverted helix coil technology aka DIHC describes how we wind and configure our cables. By insuring that the hot and return conductors are closely wound in a double helix pattern, we effectively reduce inductance to less than half of a conventional design via inverse cancellation. If physics allowed us to place + and – at the exact same location, induction would cancel completely. The next best thing is to bring the wires as closely together as absolutely possible, then wrap them in a double helix position where the two elongated coils tend to cancel each other's induction. 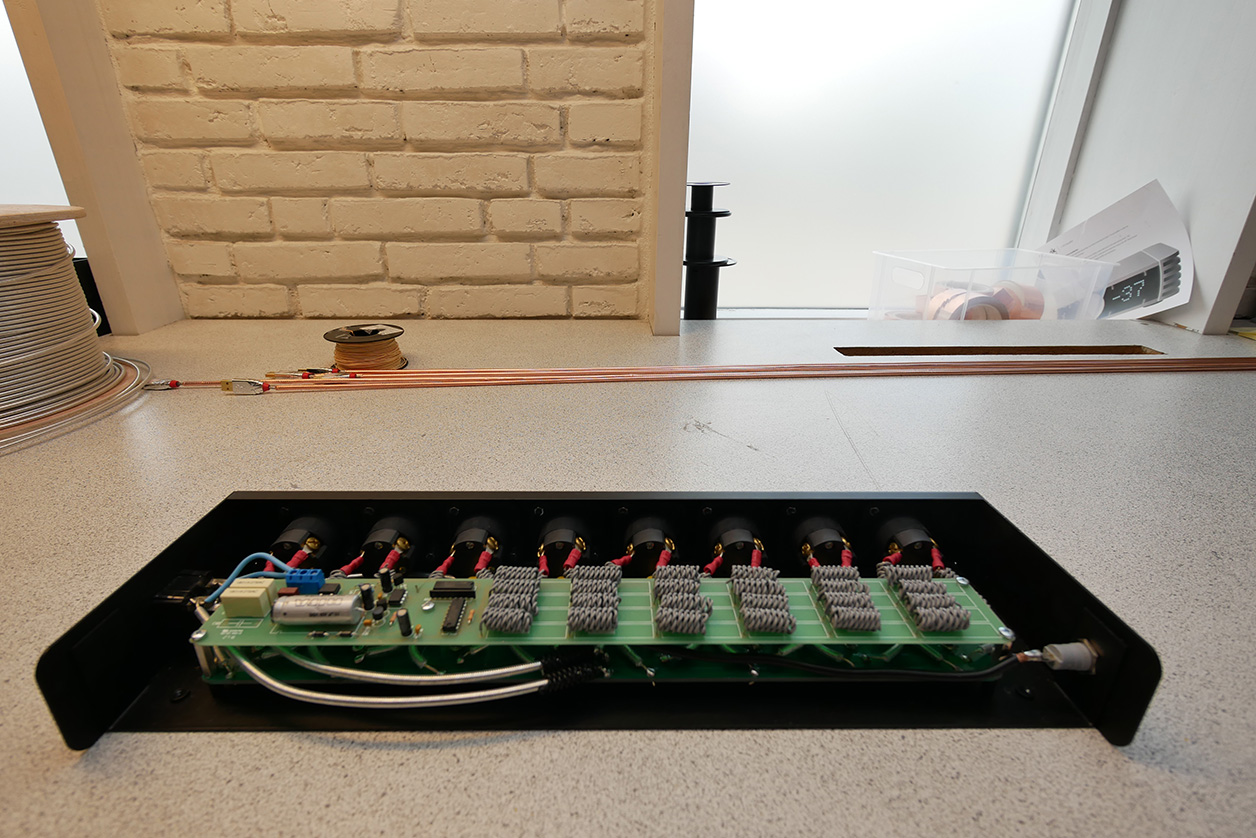 "Our noise suppressing coil or NSC technology is a passive noise suppression element which addresses noise cancellation of AC power spikes. We  do this by connecting a double-inverted coil to the power conductors. When the NSC dual coil encounters a voltage spike, its counter-wound section develops a counter spike. As noise spikes are pure voltage and carry virtually no charge, cancellation isn't 100%. Thus adding more NSC coils in parallel increases the effectiveness of this cancellation to improve the perceived blackness of the music's background."