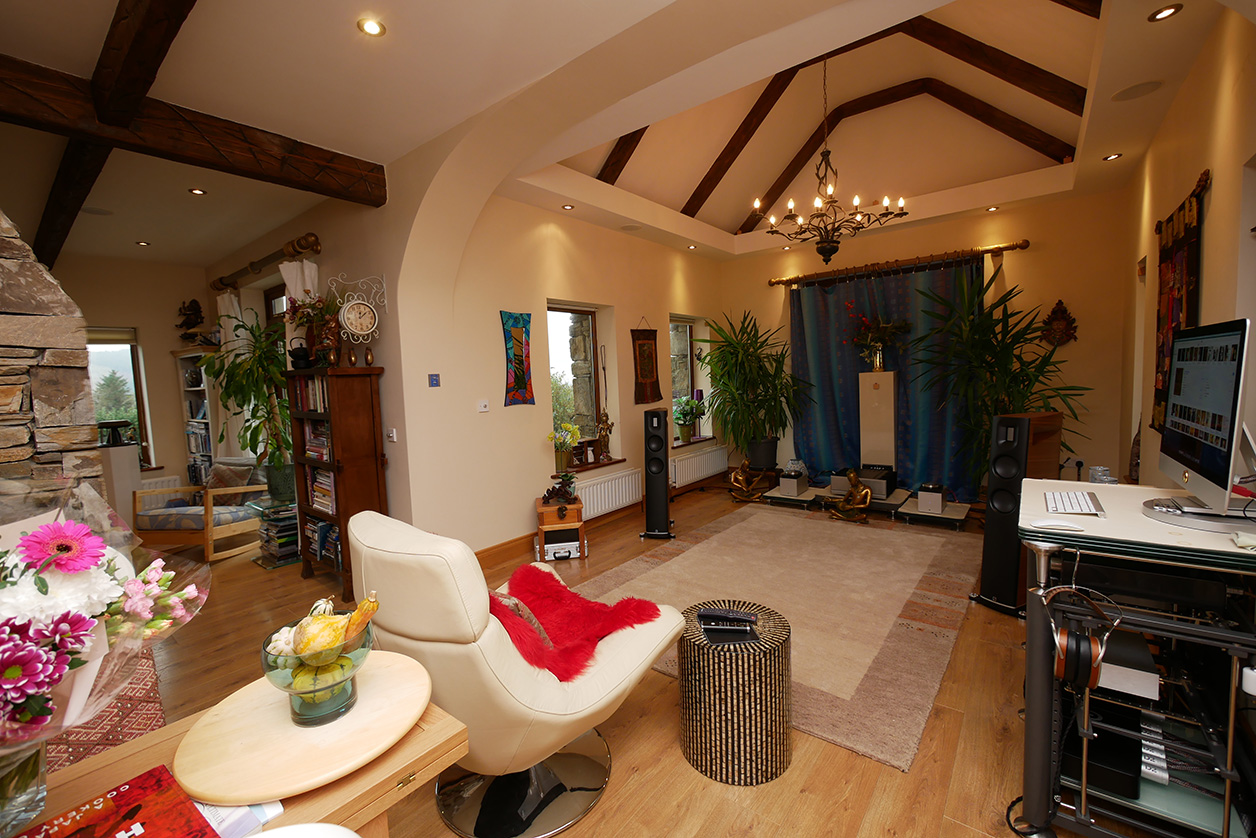 That meant one D2 cord coming into the Mainz8 distributor, six going out. 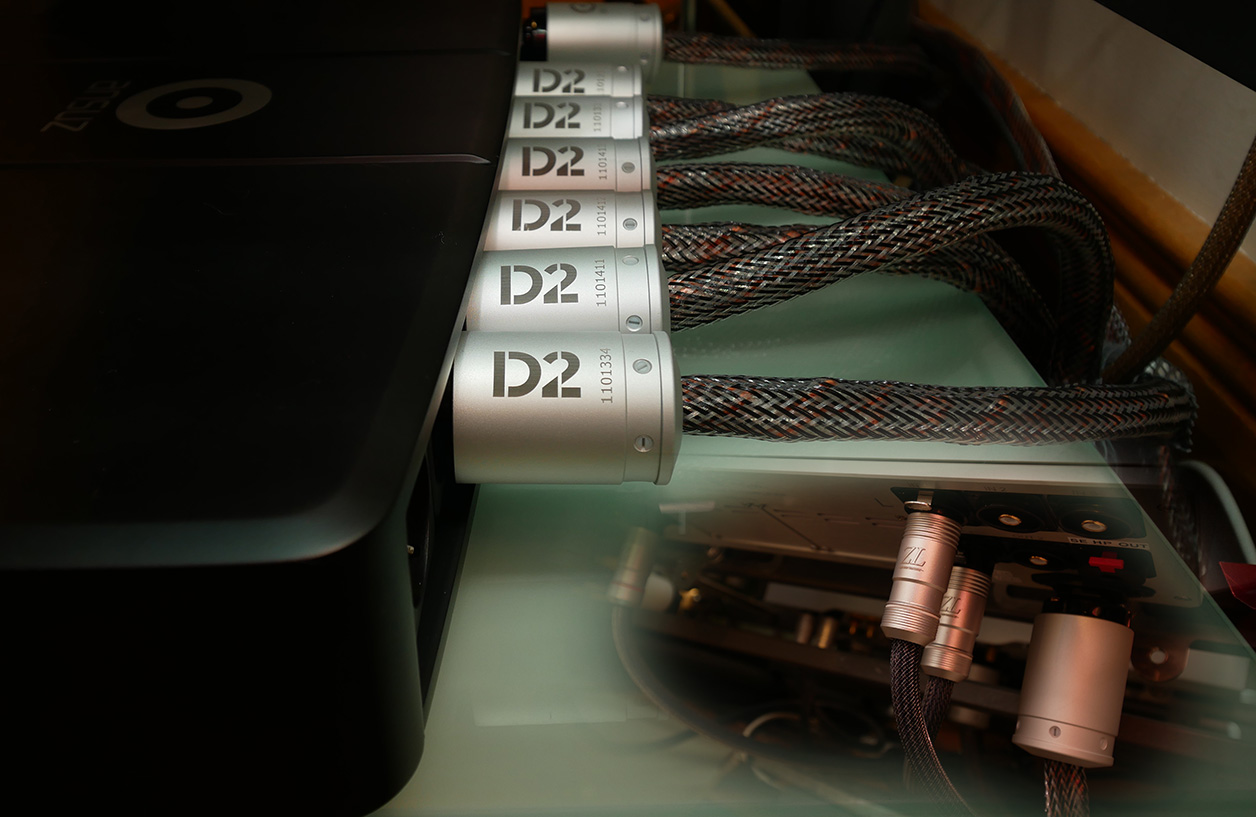 Hearing its effect, my first thought was of a new bumper sticker. Forget orange! Blacker is the new black. The background was inkier, micro resolution higher. From that we appreciate a key benefit. The louder we play, the more the tiniest signal is pulled up by its bootstraps. It gets to peek out above our ambient noise like garden gnomes on an overgrown lawn. They matter to be counted. As we ramp down the volume, the speck 'n' dust bits are sucked back down into the noise. They disappear from audibility. As we hit whisper levels, a lot has vanished. Call it dilution of density. Call it a white-out of the color palette. Call it a compacting of 3D. Call it flat-lined dynamics. It's all that and more and we all know the effect. We know how, crossing a certain personal loudness threshold, suddenly the curtain lifts in full, all the lights come on and everything on the virtual stage shows up. With the Ansuz power loom, I could listen to still lower volumes than before. An even blacker blackground delayed the curtain drop with its inevitable losses.

My second thought stayed on 'b' but black turned to bass. Ansuz power increased the speakers' bass power/weight. Those are two common assets of more potent amplifiers. In this instance, probable cause was higher AC current delivery to the amps. We can justifiably say that the virtual effect was exactly that of increasing the amplifiers' power rating and/or growing woofer diameters. But aside from more bass quantity, I also heard more cracking bass transients. Subjective speed and dynamic twitch in the low-end action heightened. For that the right music and higher SPL really sealed the deal.

My third thought was back on space is the place. This again was about unusually intense contrast ratio. It's the difference frisson between sounds and silence, between something and negative space. When that grows, precise mapping, specific image sizing and small performer movements, sculptural relief and virtual holography all grow in lockstep. It's the proverbial sharper glasses after we got used to slightly diminished eyesight. Everything had become somewhat softer, the offset of focus between close and far objects bigger. We simply didn't know those losses since we couldn't see through other eyes. But suddenly well-calibrated precision specs after a hi-tech eye scan increased our depth of field. Outlines crisped up. Close and far objects had far more similar focus. A subliminal effort or compensation we didn't know we made suddenly relaxed to become unnecessary. I call the lot superior contrast ratio. And as its sonic equivalent, the Ansuz power loom made it so. It turned up the lights at the very back of the soundstage and maximized width. That enhanced scale and visibility across and into it. You might simply call the upshot bigger sound and you'd not be wrong. That captures the essence.