"The Ansuz anti-aerial resonance coil or AARC technology reduces our cables' ability to absorb airborne radio-frequency and electromagnetic interference. With the old generation of GSM telephones, we heard the effect of airborne RF being modulated in the 'dikkedit dikkedit' sounds just prior to receiving a phone call. Today the same noise is ever more present but modulated differently. Now it takes on the character of a white haze which reduces the blackness and dynamics of playback. The mechanism of our AARC technology is to insure that a cable has no definitive length so it can't act as an antenna and absorb standing waves which would bleed into the system." 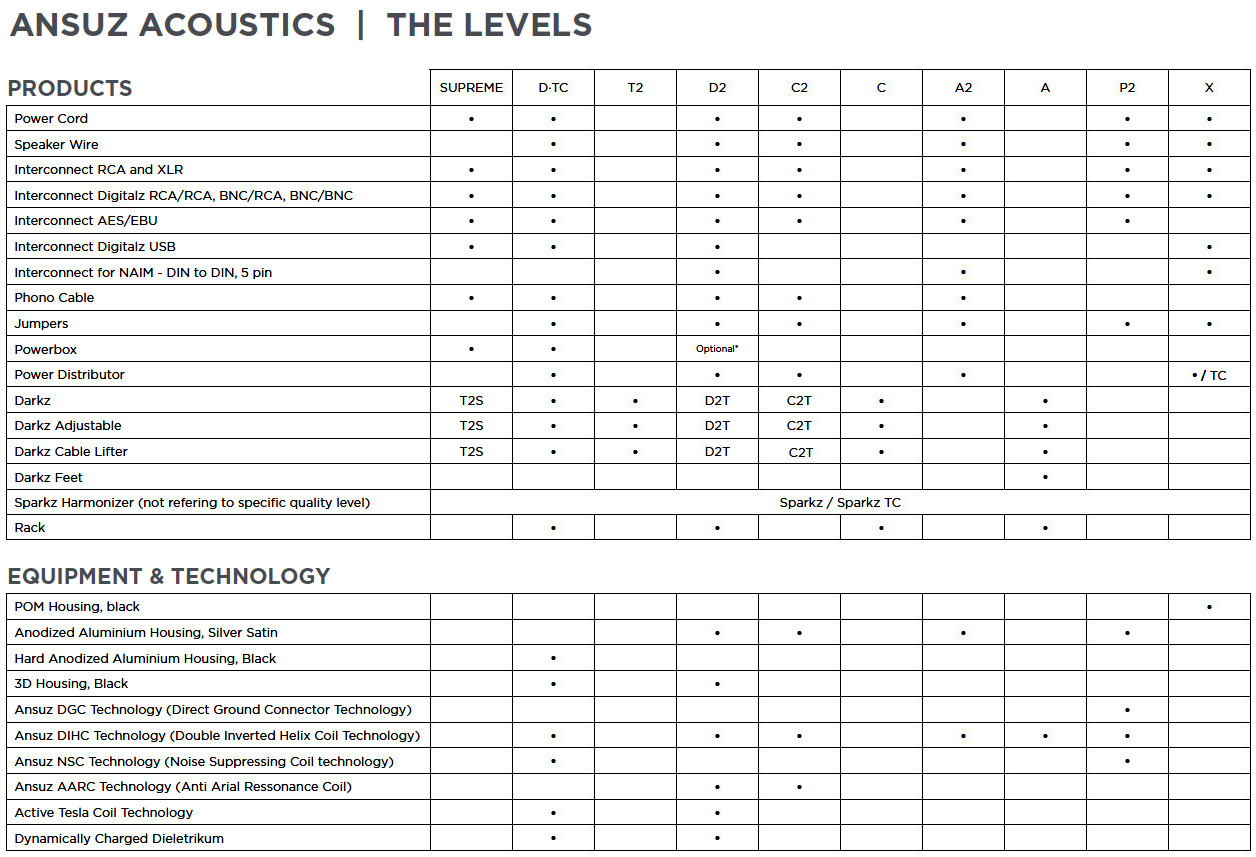 Chart shows how the various tech solutions apply and add up across different model tiers.

"The Ansuz ATC technology is responsible for the analog dither we use across a wide range of our products. The technology originated in radar where to the surprise of engineers the results in mobile live situations as in planes or boats were superior to stationary fixed land systems. They concluded that the vibration of the planes and ships aided the radar's sonar performance. Thus the idea of analog dithering was born which we add at a very low level as random noise. By modulating the noise floor, it becomes possible to see what's below and get a clearer picture of the full content of a music recording. Here is further information on dither."

When Morten Thyrrestrup double-checked our system requirements before finalizing the shipment, I confirmed that his list would rewire the power loom to our entire front-end stack as planned. It'd mean a 4m wall-to-distributor cord which he explained sounds better than their 2m leash to add more Ansuz tech at this most vital junction. It'd mean 4 x 2m lengths to the iMac server, Soundaware D300Pro USB bridge, Denafrips Terminator DAC and Vinnie Rossi L2 Signature preamp. Only the power amps would fly seperate. That's because in our 'American' setup—it's how Lars Kristensen at the factory referred to layouts which place the main rack on the sidewall and just amp/s between speakers—the mono amps would need a 6m and 5m cord to reach the power distributor. It seemed excessive to ask a maker for such long custom leads. Yet Morten proved unfazed. He proposed going full pork. Living large even for just a few weeks might be entertaining and educational? If withdrawal symptoms were to be my punishment, I'd be maximally set up. So I agreed. I'm a glutton for punishment.

The Ansuz Power Switch adds their tech to Ethernet switching, then provides 10 power feeds to activate the dielectric of applicable Ansuz signal cabling. 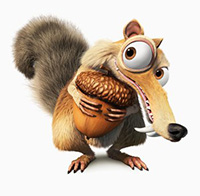 Which segues into the unmentionable final number on the score board. With a 1-meter D2 cord demanding a cool €8'800 plus 50% for each additional meter, my loaner set would ring in the next Ice Age at €105'600 for a 7-piece loom of 24 total meters. That's exactly 8 times more than an equivalent P2 loom. While we're still frosty—aren't cryogenics supposed to extend life indefinitely—the Ansuz catalogue doesn't stop there. A 2m D-TC cord is €18'000 plus 25% for each additional meter. A 3m D-TC Supreme clocks in at €36'000 with an equal 25% per extra meter. Likewise for the Mainsz8 D2 reviewed. That's not the end of Odin's waiting list to Valhalla either. That would be the D-TC for €20'000. As a frozen stiff, don't expect further comments from me on this score. I'd be listening on a foundation far more serious than that of the actual house we were living in. It suggested that my sound might quite collapse once it was pulled out from under it again. But going back to 'normal' is part of a reviewer's job description. Our kind is very fortunate to explore sonics well beyond the realm we could otherwise afford to sample. In this instance, it'd also be a personal first in a long time to hear my system's power loom all originating from a single point again. Ever since we left Cyprus where two Grand Prix Audio racks still sat between the speakers to carry the lot into a single wall outlet, our power amps have always been on a separate line.

To read a review of a complete Ansuz loom with not just power delivery but also signal cables, it's Alan Sircom at Hifi+ who has us covered. What would the Danish power loom weigh? Far from the 200kg worth of ZenSati Silenzio cables Mono & Stereo had just received. It's a reminder. Ansuz are far from solitary up there on the cable sector's permafrost plateau. The best from Crystal Cable, Siltech and Nordost belongs there as well. So do others. But frankly, that's not my area of expertise. Surviving one Ice Age would be enough.