Not far from Barbastro, the ancient Moorish fortress city of Alquézar sits perched on limestone overlooking the Rio Vero canyon. It acted as the city's protector during the Arabs' rein of the peninsula after they'd been defeated in France to make this their northern-most Spanish outpost. Today the canyon has become very popular with adventure types and under the present mayor's efforts, the previously nearly abandoned village has revived into a very busy tourist attraction. With limestone's propensity for caves, the area even features neolithic cave drawings. 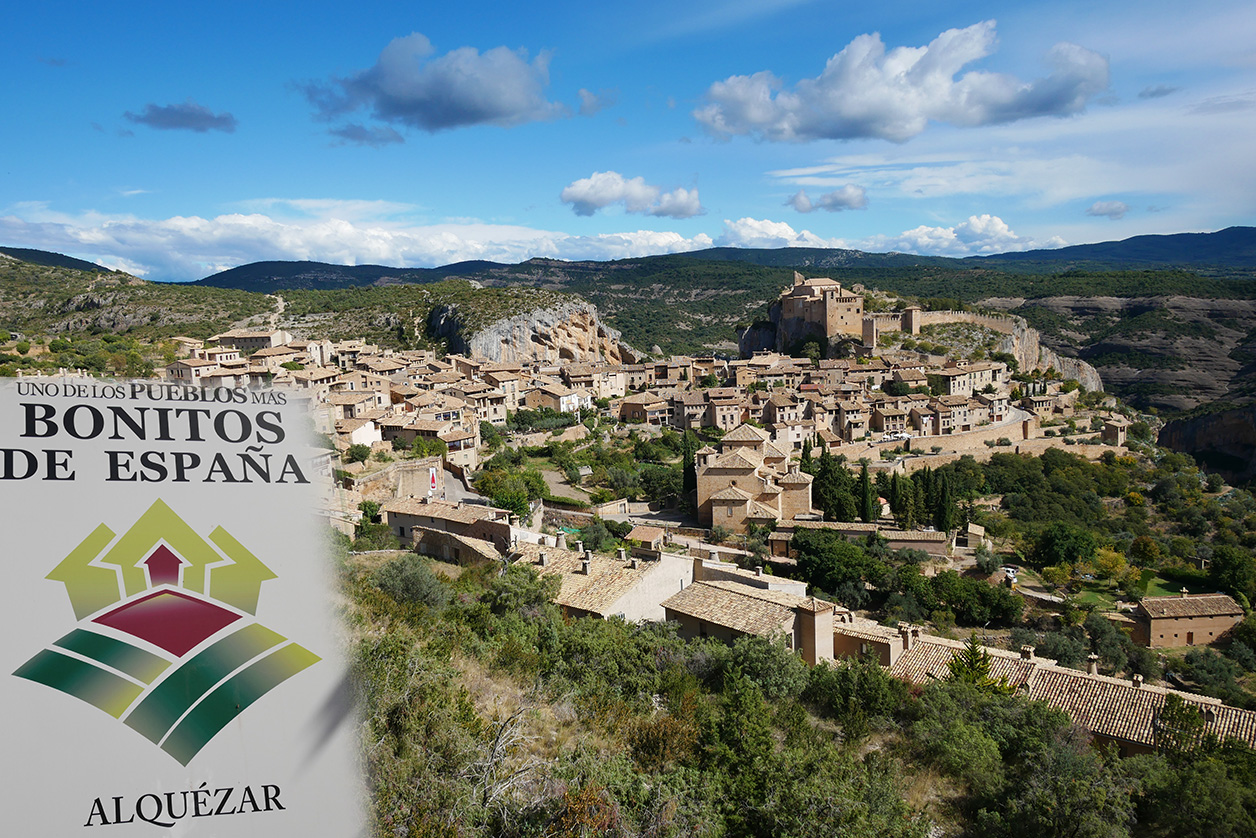 Given the locale, the various Alquézar restaurant menus naturally included dishes with wild boar and rabbit. Being situated in the wine-growing region of Somontano where Spain's sparkling cava is produced, there naturally was no shortage of regional wines either. 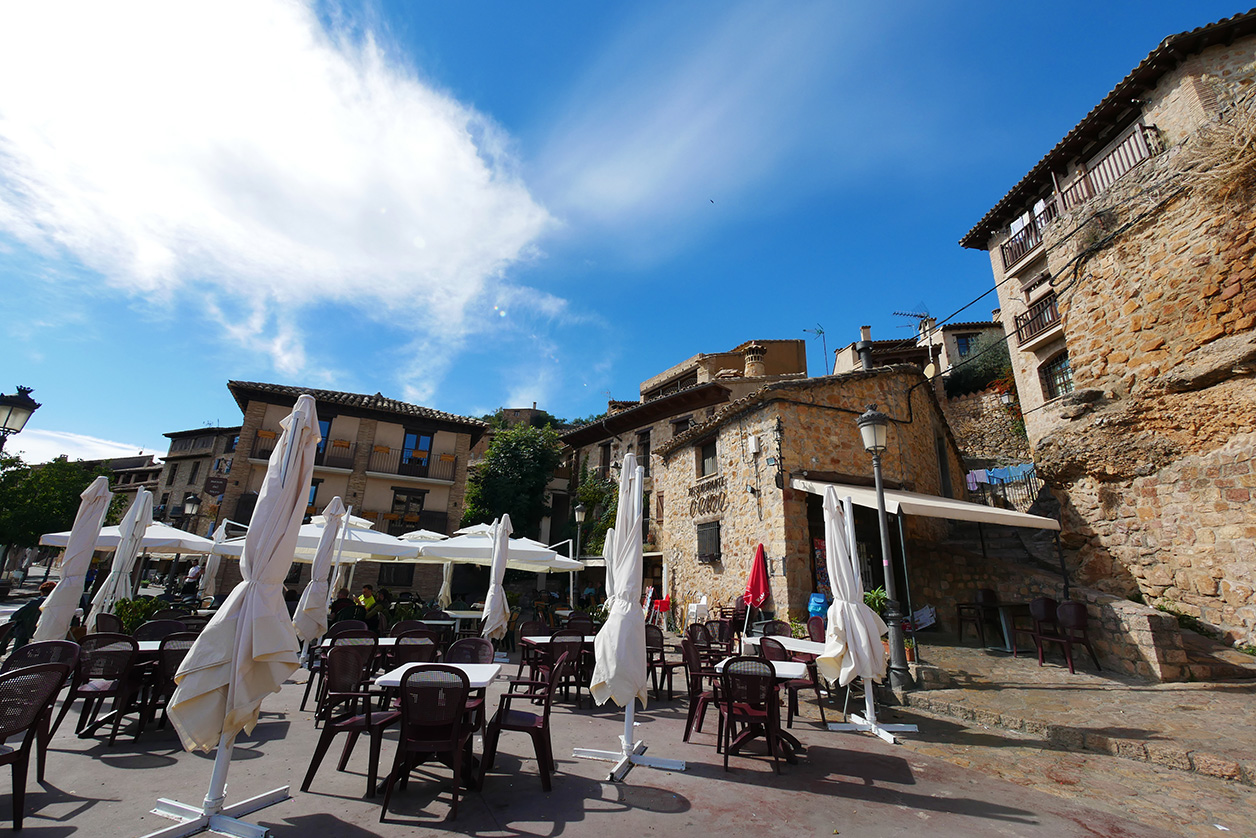 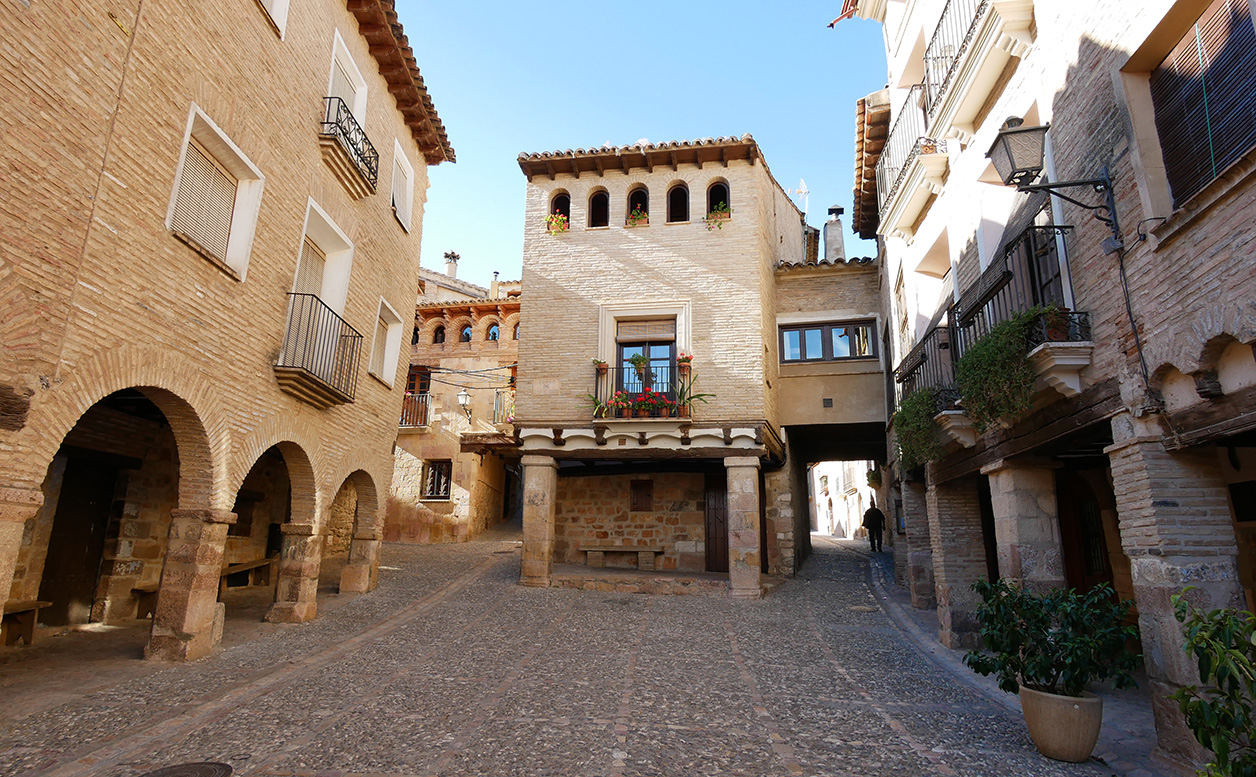 … framing this window, we spotted more sandstone from Javier's canteria. 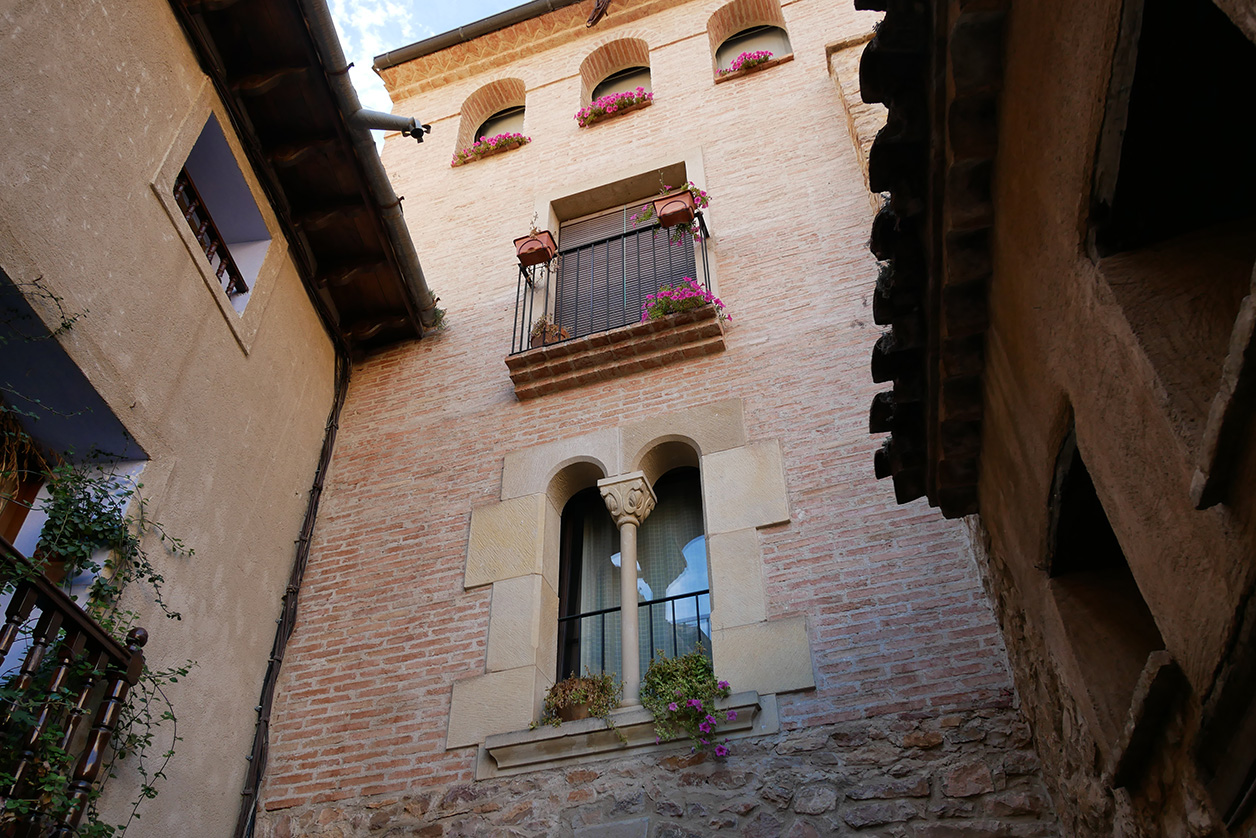 To close out my visual tour of Artesania Audio, it seemed only fitting to use the Alquézar monastery with a Spanish map highlighting the Aragon region and the Aragon heraldic emblem. 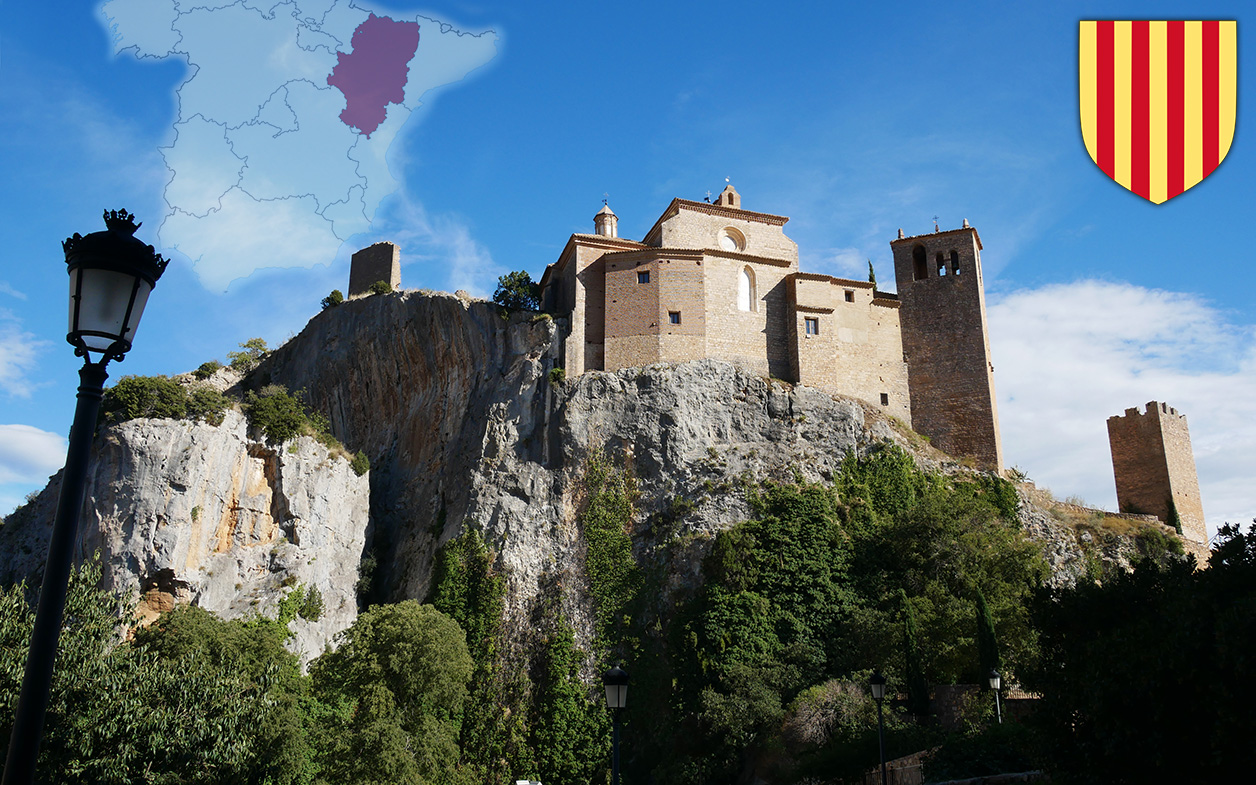 Founded more than 20 years ago by José Luis Lafarga of Barbastro, it took the hard-working team under Javier Sazatornil Ferraz to turn a complicated albeit very efficacious design into an actually manufacturable cleanly finished product, then expand the firm's operations into worldwide export business. In a clever stunt of guerilla marketing for their first Munich showing, they used the M.O.C.'s lavatories to promote the brand with humorous wall flyers and to traffic attendees to their room. "For about €600 and given that each attendee would have to use the bathroom at least once, we made sure everyone knew we were there." In years to follow, the Artesania team brought up to 15 racks to each Munich show to exhibit with HighEnd's top brands. Today they're known as one of the top brands in the sector. "Not bad for a social project" is how Javier would probably put it with a gentle smile. That'd be Catalonian understatement; to be taken with a copious swig of Somontano bubbly.