Javier Sazatornil Ferraz. Javier is the man behind Somontano Social, a unique company which presently employs 190 disabled people out of Barbastro. To create sustainable jobs for his employees which suffer various handicaps including prior job accidents, he runs a surprising amount of parallel projects. All of them provide highly competitive services or products. These include a call centre, a mail centre, a team which writes video subtitles, four Repsol gas stations, a trucking company, a plant which refurbishes industrial items like steel and hard-plastic pallets plus the card-board cores of PET bobbins, a shop which produces foam-core moldings, a saw mill for local sandstone, a shipping service which handles study books for Barbastro's long-distance university, a QC station for plastic water-bottle shells before they're being expanded to their final size – and Artesania. 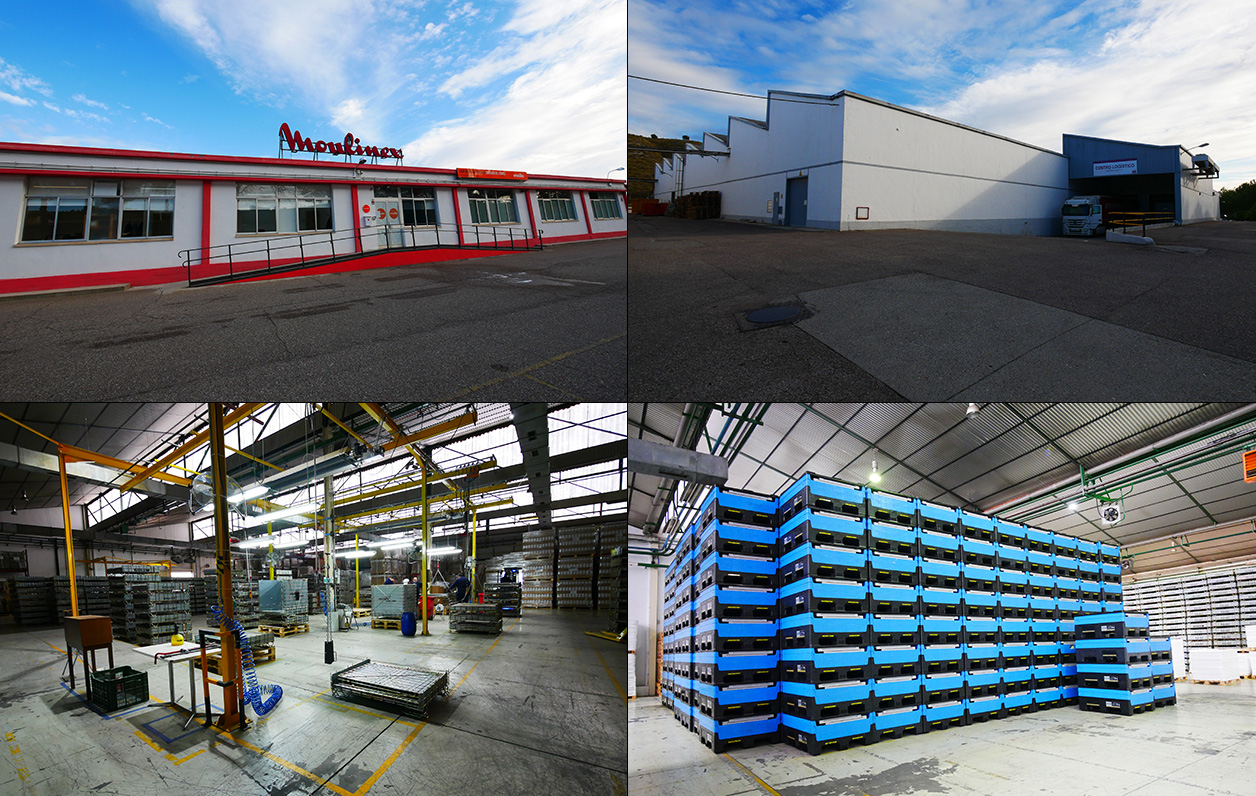 The trucking company, the Envialia industrial refurbishing plant and the production line for the architectural Molithe molds are located around and in a building which previously housed the Moulinex factory. To honor this significant former local employer, Javier left their signage intact. The sheer volume of industrial parts being refurbished—the inset shows the very small percentage of steel and wood pallets beyond repair—was astonishing. Each single part is meticulously barcoded. Contracting with Javier's labour force, the companies which send in their used parts save a lot of money from having them refurbished rather than trashed and/or recycled. 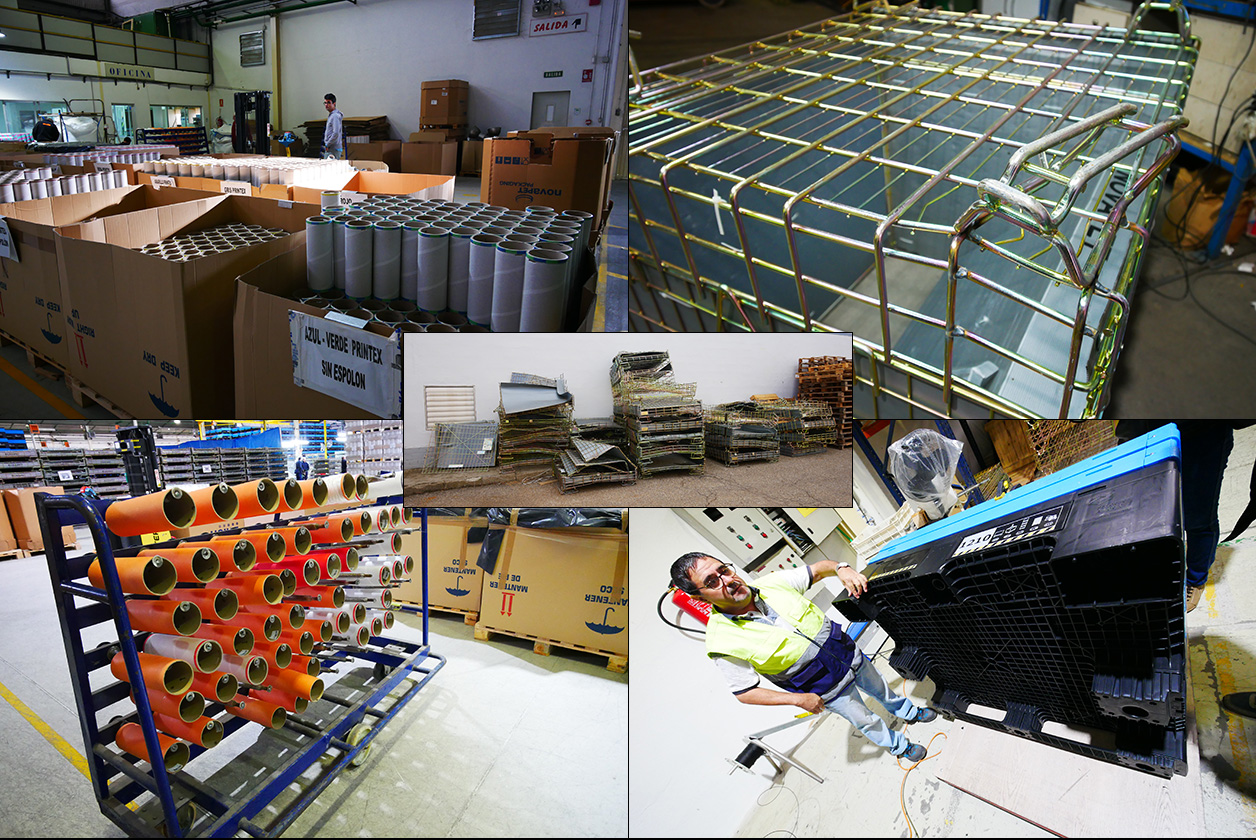 The Molithe molds are cut from big foam blocks with an enormous 3D-guided heated wire, then surfaced for painting or other finishing. 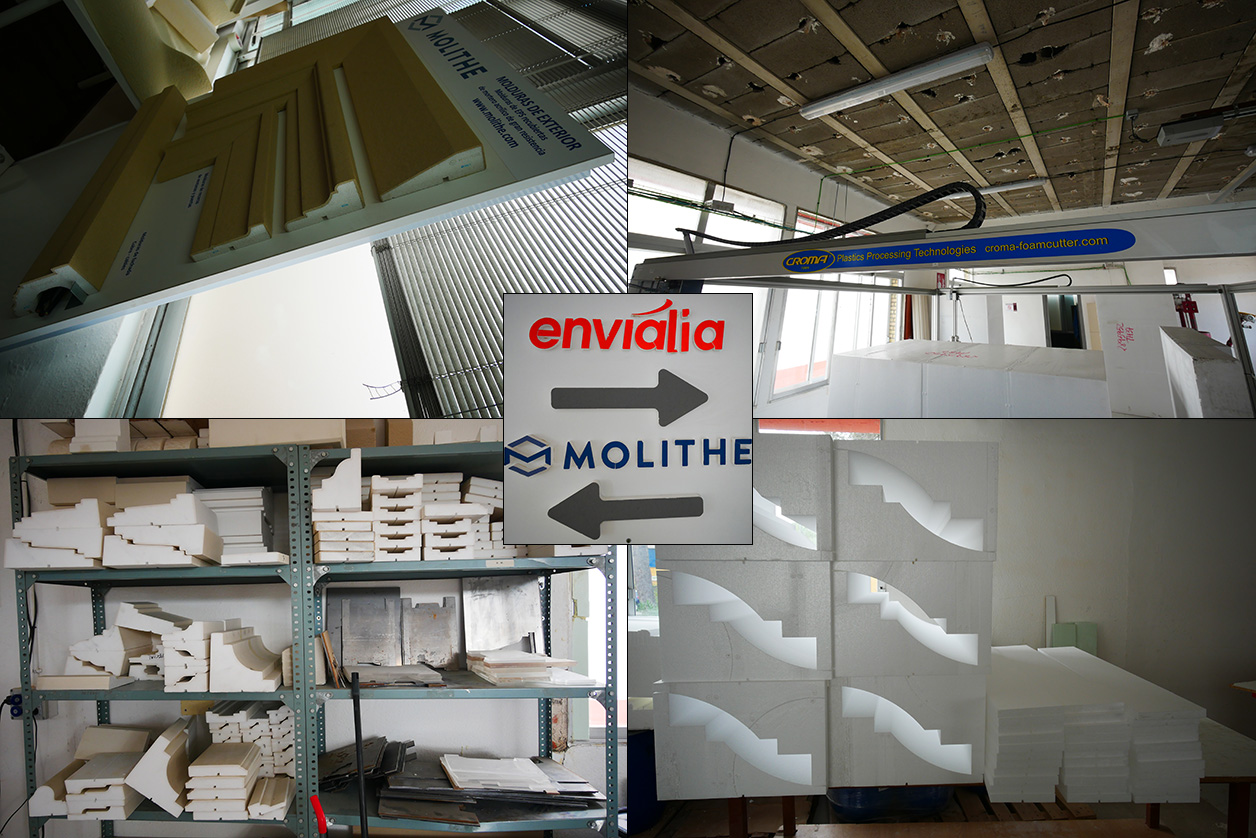 The Canteria del Somontano stone mill cuts and polishes locally sourced sandstone which then shows up in bridges and buildings around the region. 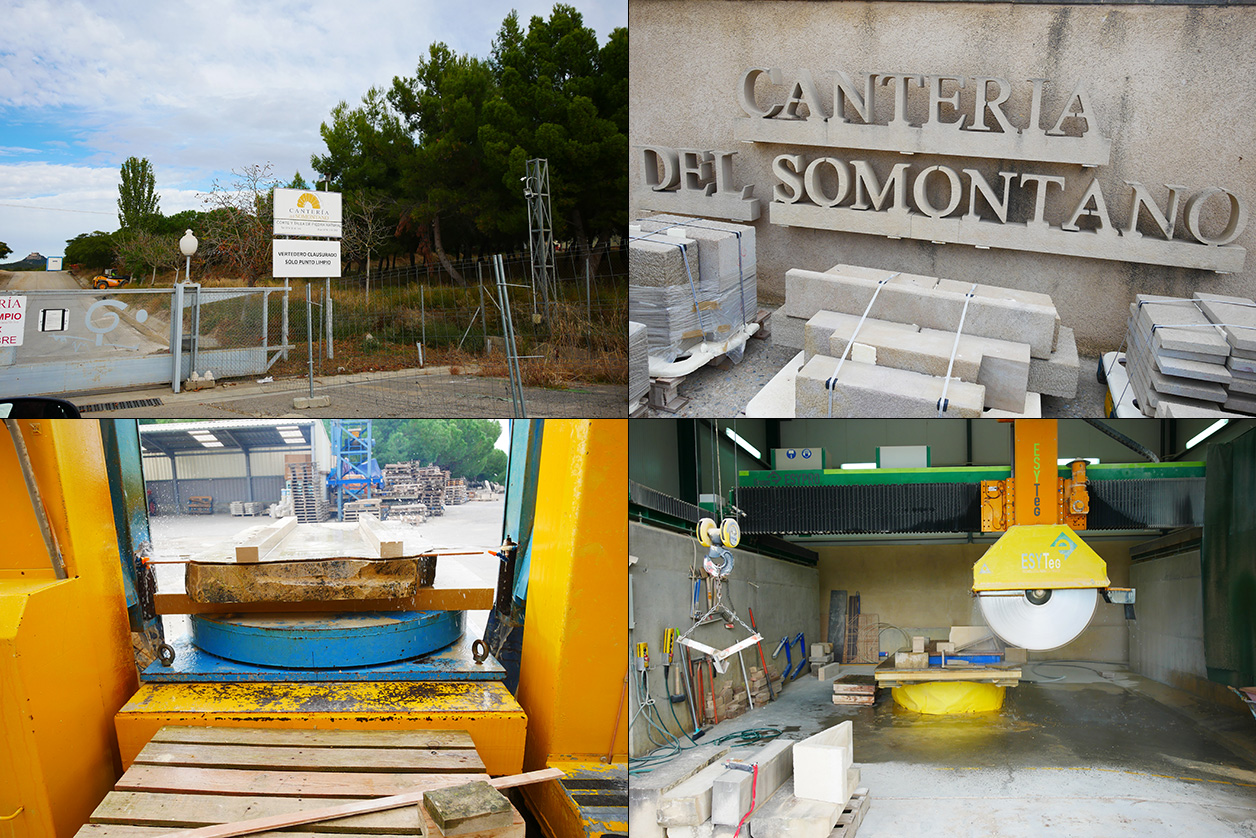 Whenever a particular project slows down because demand dwindles or market forces shift, Javier creates new ones to keep his people employed. When we visited, he was about to kick off a new 3D printing project. Unlike non-profit social organizations and charities which rely on outside donations, Somontano Social is all about creating paying jobs for people whose handicaps would otherwise see them unemployed. This even includes people whose disabilities mean they can only work from home. Then it's about keeping them employed throughout the seasons of change. Unlike typical for-profit endeavours which pay out dividends to shareholders and large salaries to management, Somontano Social reinvests all of its earnings. It's why Javier drives a very modest compact Fiat. Reinvestments could mean new projects, machinery, equipment, training and more. All of it relies on resourcefulness and constant networking. And Artesania Audio are part of the same portfolio of Javier's large social project. That's where Artesania differ from most hifi companies. It's where Artesania buyers make a different kind of difference. They don't just support their hifi ambitions. They support social change for the better when perfectly able-bodied persons will ask for a handout on a street corner because they don't want to work or prefer drugs. 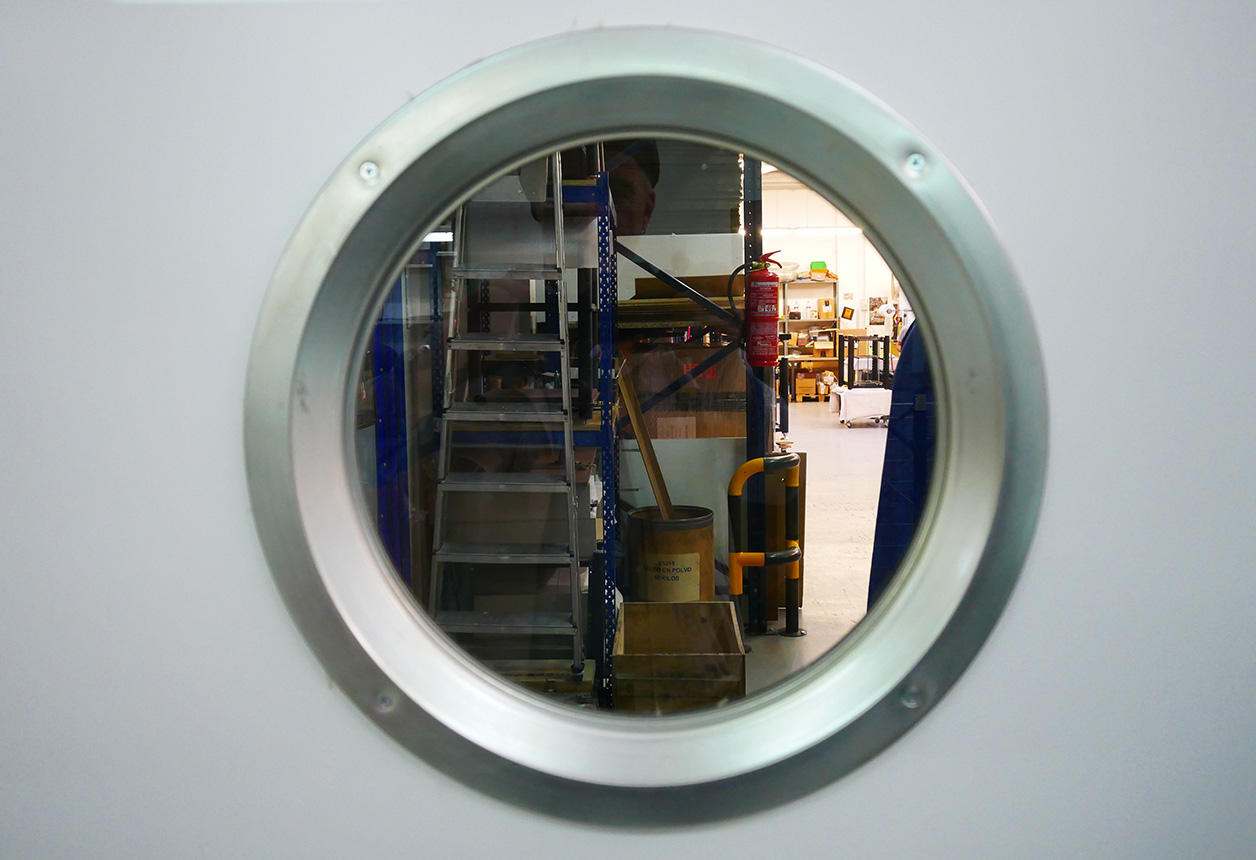 Artesania's assembly and packaging occur behind this porthole.