For a bit of local mise-en-scène, here we see some snaps of Barbastro. The Gran Hotel on the central square sported a spy hole in front of its entrance. Asked its original purpose, we were told it was an old olive oil container sunk below the ground for cool storage. Now it was used to display some bottles and a cask from the nearby Sommos vineyard which produces Chardonnay, Gewürztraminer, Pinot Noir, Tempranillo, Merlot, Syrah and Cabernet Sauvignon and is fronted by an utopian "Sydney opera" building housing the reception, tasting rooms, cellars and restaurant. 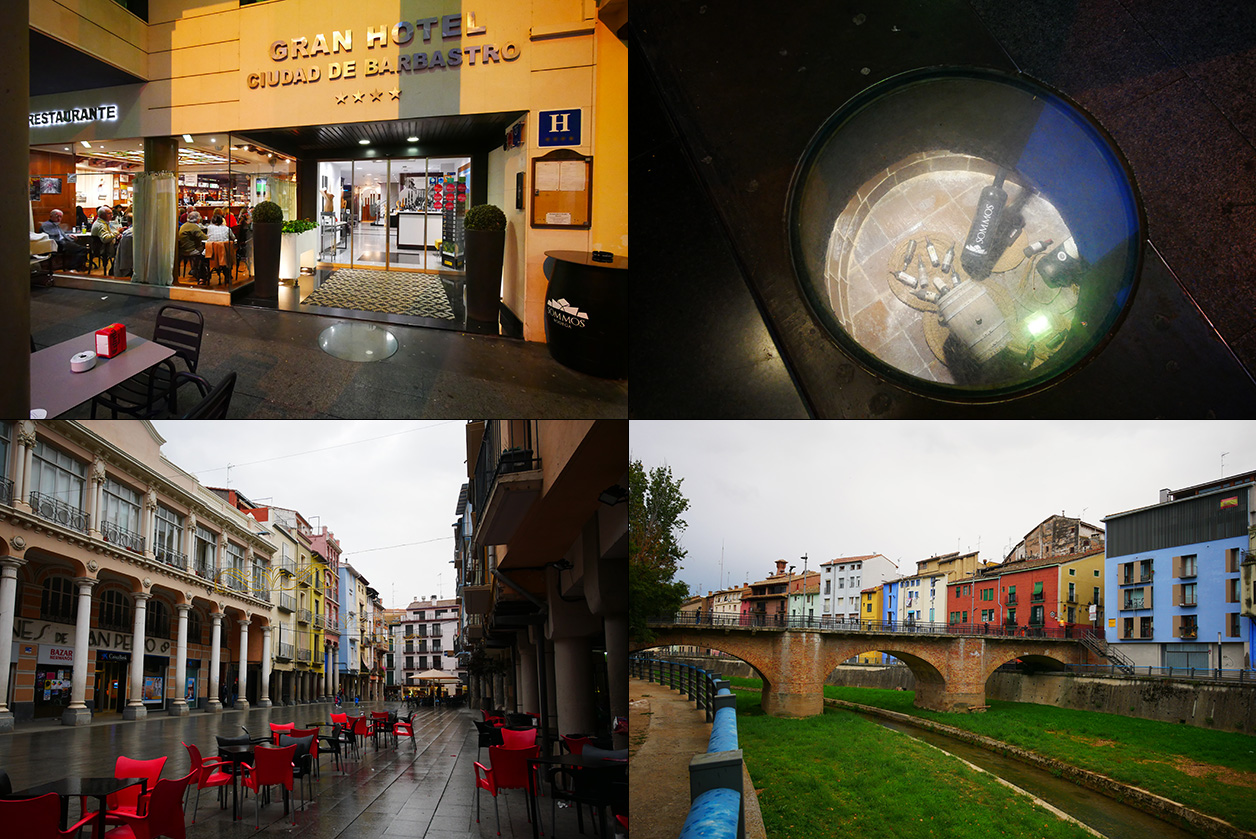 Situated along the rivers Cinca and Vero, Barbastro features a bullfighting arena on top of a small hill. See whether you can make it out on the map. A modern hospital sits right next door. 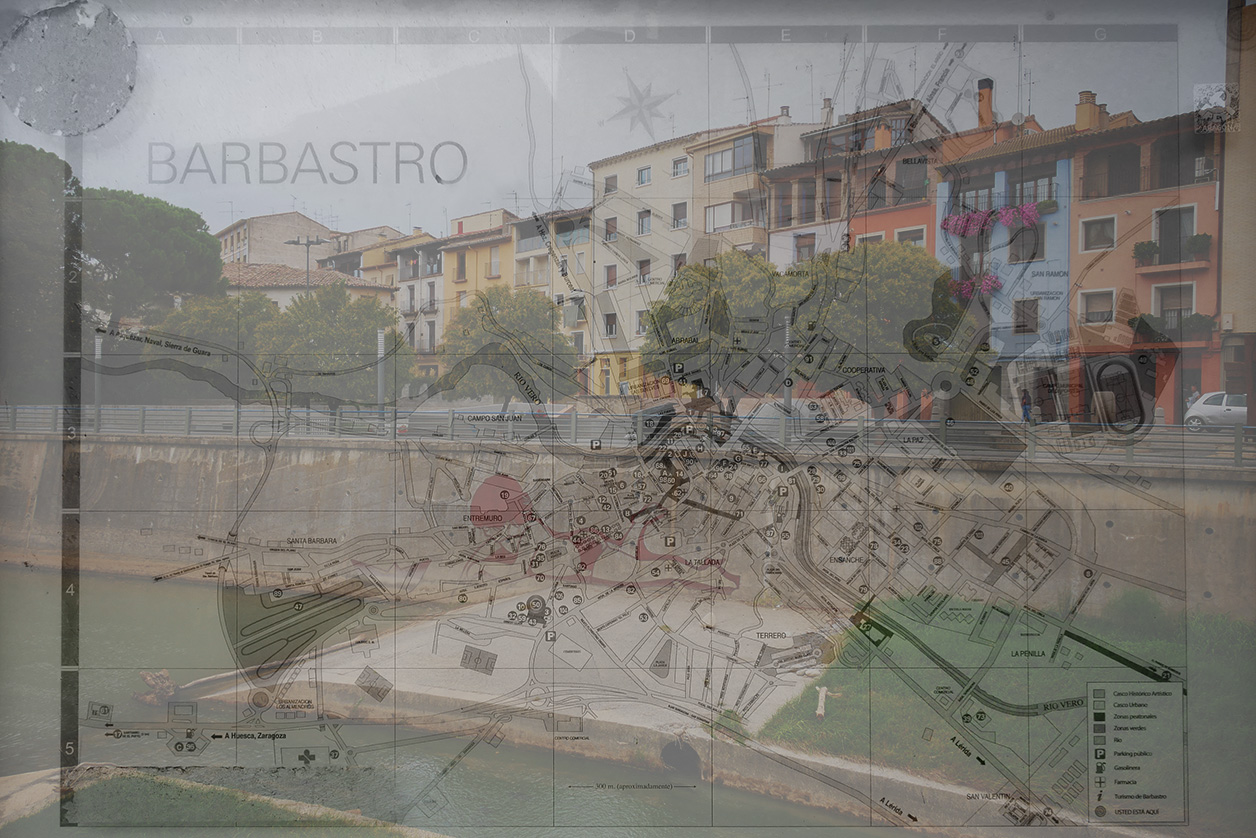 Benefitting from fertile soil and a warm climate, the local vegetation even in October was still rather luxuriant. 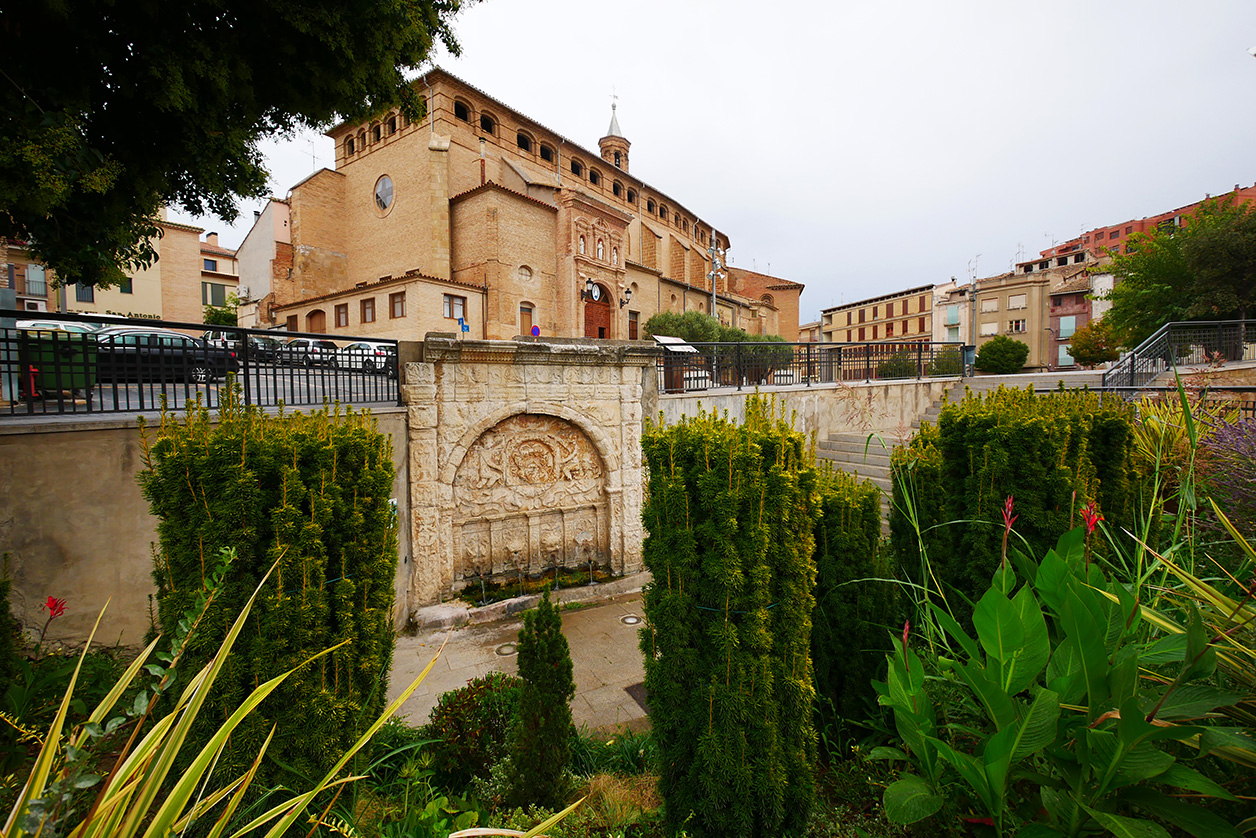 The local cathedral looks more like a fortress on the outside but revealed a magnificent interior. 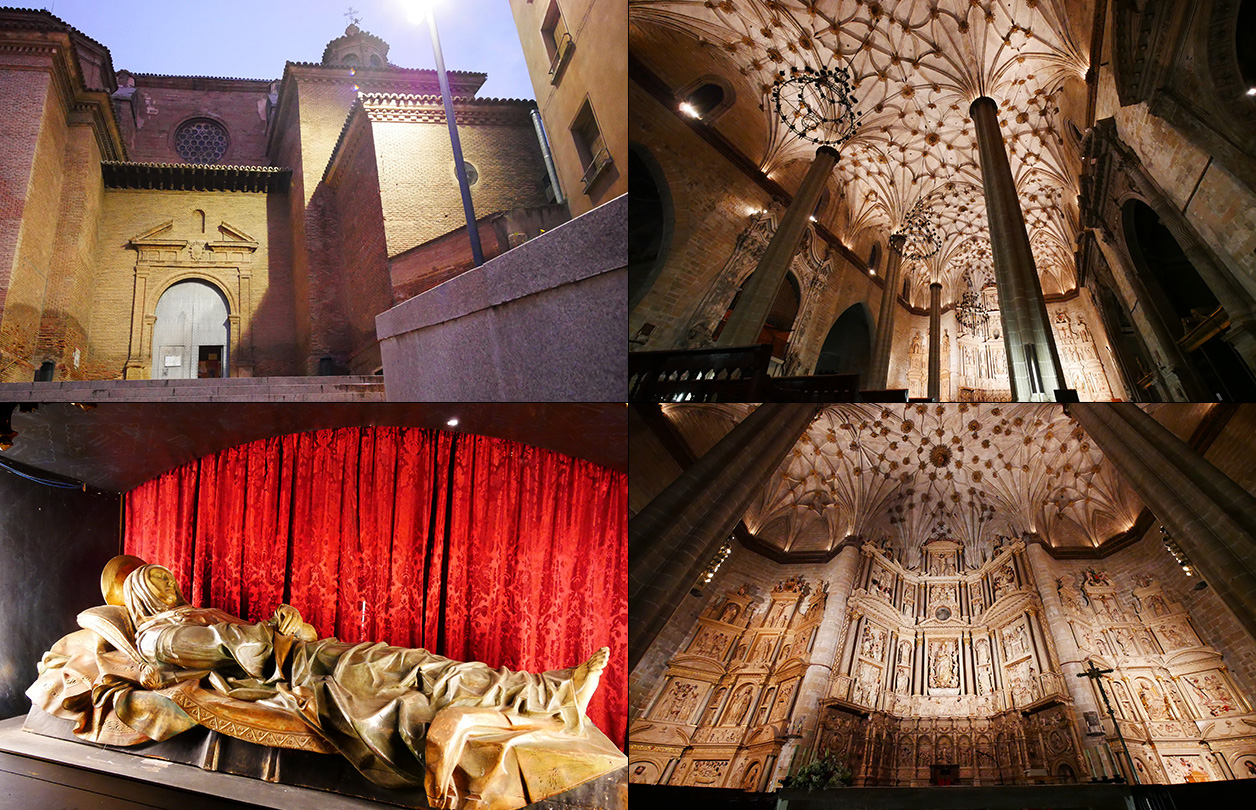 Its arched ceiling still carried the bullet holes of fascists trying to destroy it during the war. 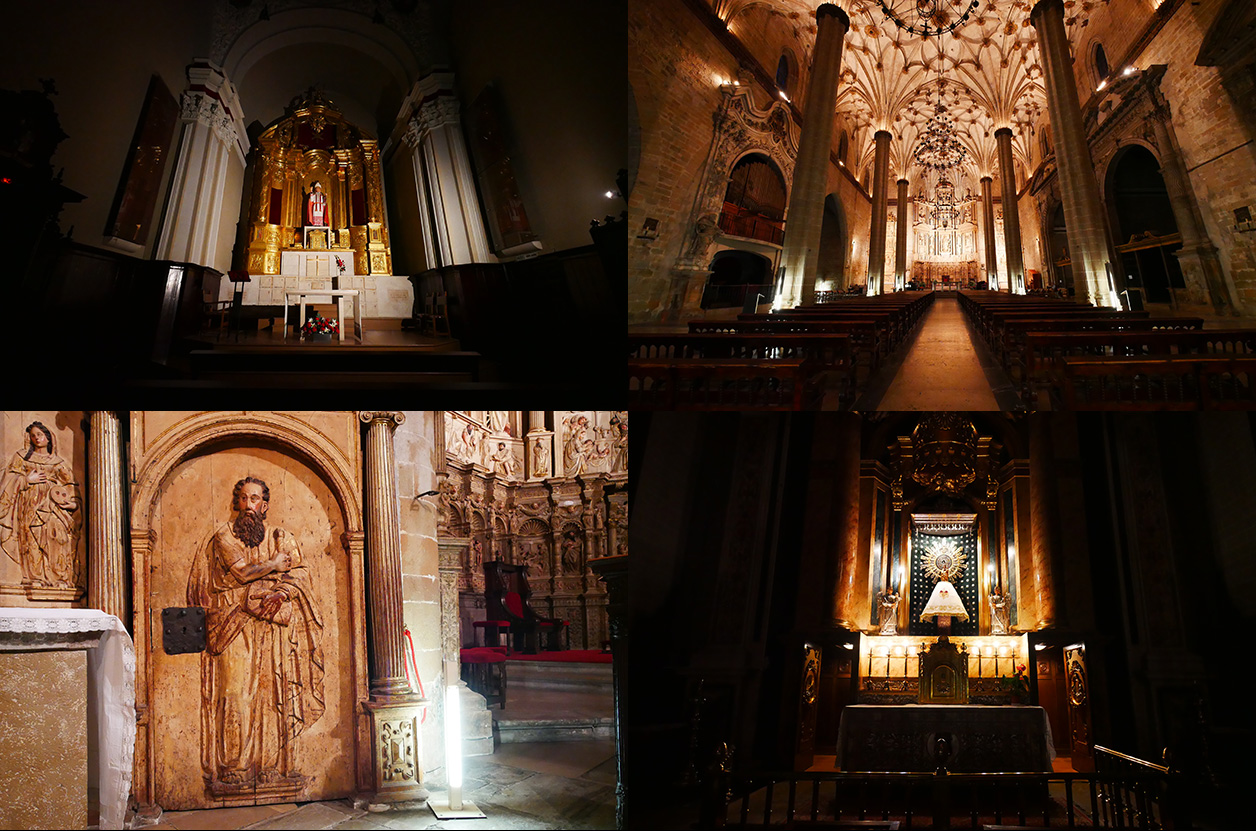 On the outside facing a Moorish prayer tower, Javier pointed out 'his' sandstone used during the reconstruction of the cathedral's facade. 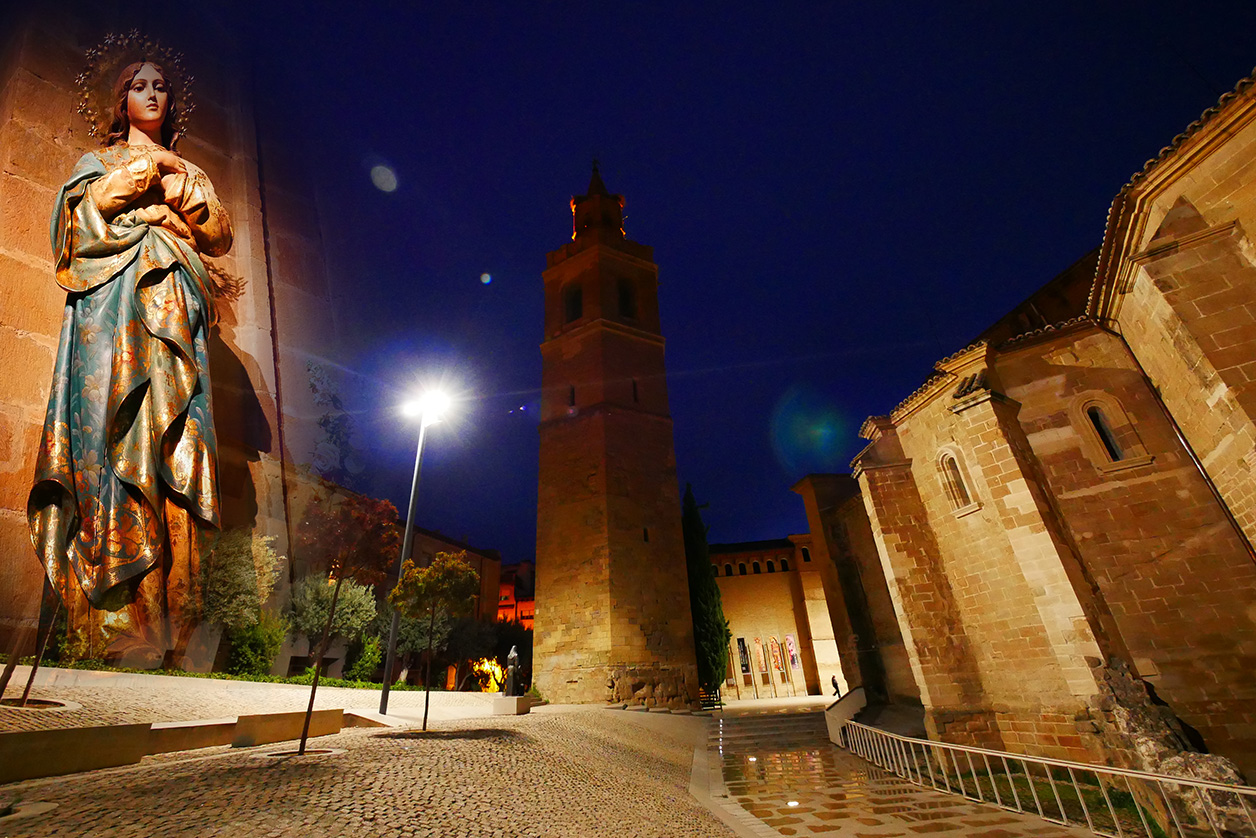