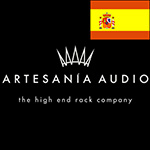 A Visit to Artesania Audio 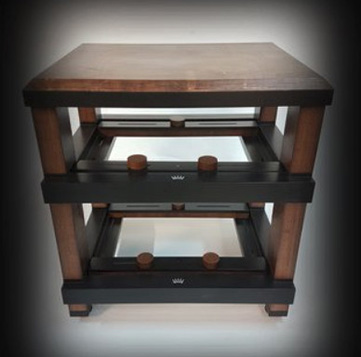 Dedicated to high-performance racks which at international hifi shows appear in large numbers of ambitious exhibits and have graced our own listening room since my 2012 Exoteryc review, this company from Barbastro do things differently.

To learn how, Ivette and I took the Vueling flight from Dublin to Barcelona on the same weekend that US-based audiophiles were flocking to Denver for this year's Rocky Mountain Audio Fest. This followed up a longstanding invite by Artesanía's marketing manager Cayetano Castellano. Now it was timed to coincide with their production of a new and different-looking line of equipment supports. Its reference tankwood/Krion models had been previewed at this year's Munich show in the alternate Hifi Deluxe venue and were covered in my report.

There they showed with loudspeakers by fellow Spaniards Miguel Castro and Javier Milan of Granada hifi house Kroma Audio. To fill out the list of Spanish hifi manufacturers I'm familiar with, there's Cliff Orman's Vibex in Ciudad Real designing and building top-quality powerline products. And in Madrid, there are digital experts Wadax and Aria Audio. There might be more. But it's fair to say that unlike Switzerland, Spain isn't exactly a hot bed of hifi firms.

Visiting with Artesanía thus was an opportunity to peek behind the Iberian curtain.

I knew upfront that we'd stop by the Enosound Barcelona fall event organized by Cayetano's distribution company Audio Club Premier in collaboration with Ultimate Audio and the shops of Werner and Lafarga & Herranz.

That had been announced by Miguel Castro's HifiLiveMagazine: "As always, attendees can enjoy exquisite wines, listen to their favorite music in the best sound systems in magnificent rooms all in a festive, informal and relaxed atmosphere. We will enjoy the magnificent high-sensitivity Avantgarde Trio Luxury Edition hornspeakers amplified by the magic of the exquisite valves from the Japanese house of Shindo. We will listen to the versatile German Kii Audio Three actives." 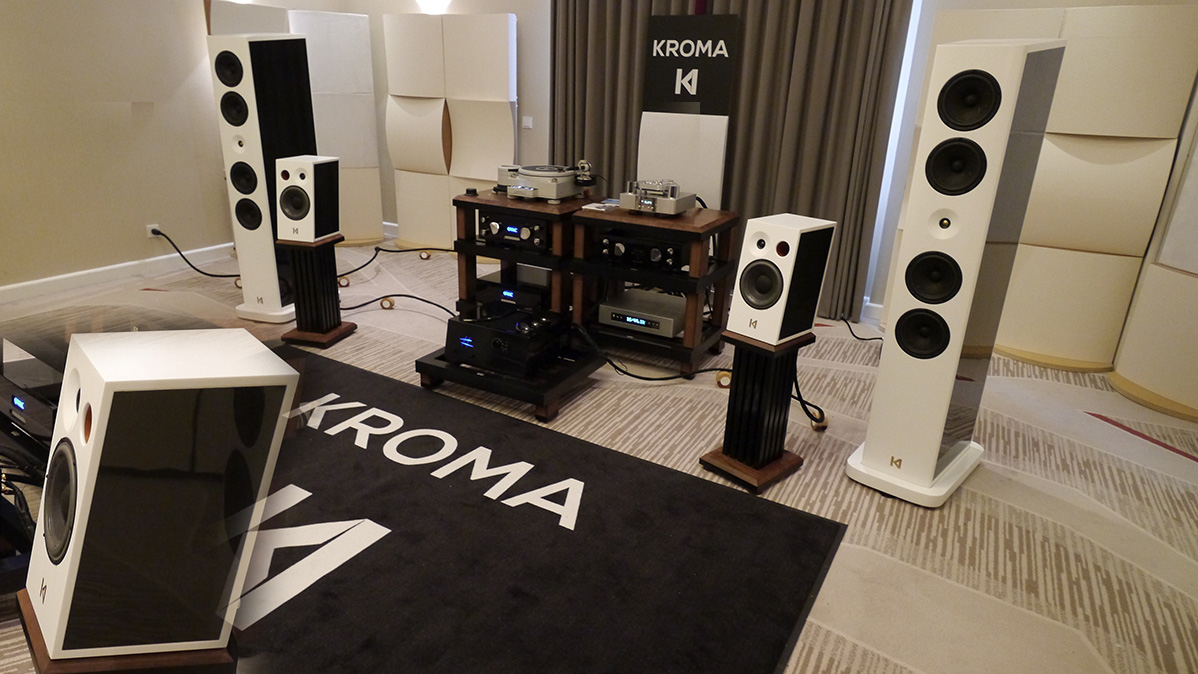 "To finish off, Spanish Kroma Audio will demonstrate their Mimì monitor." 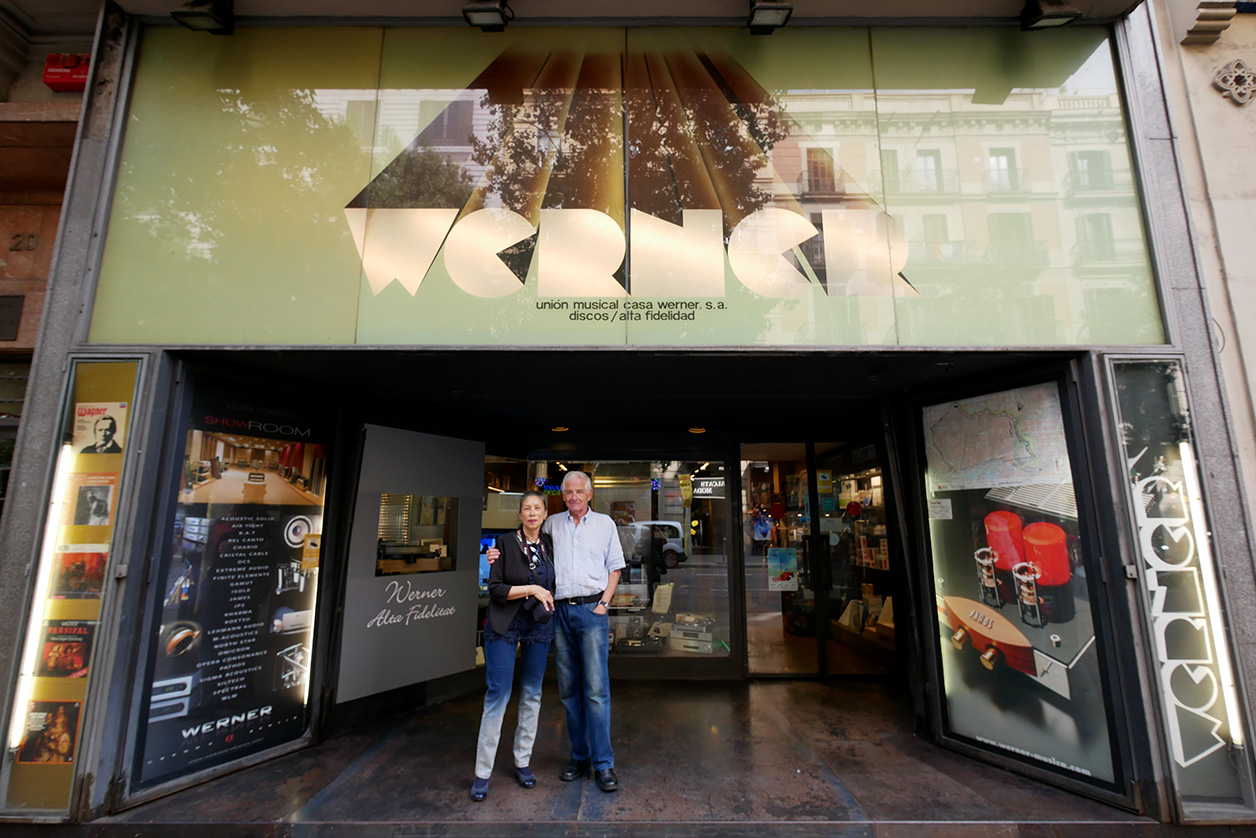 … is the actual wall of this downstairs listening room with Kii Three speakers. 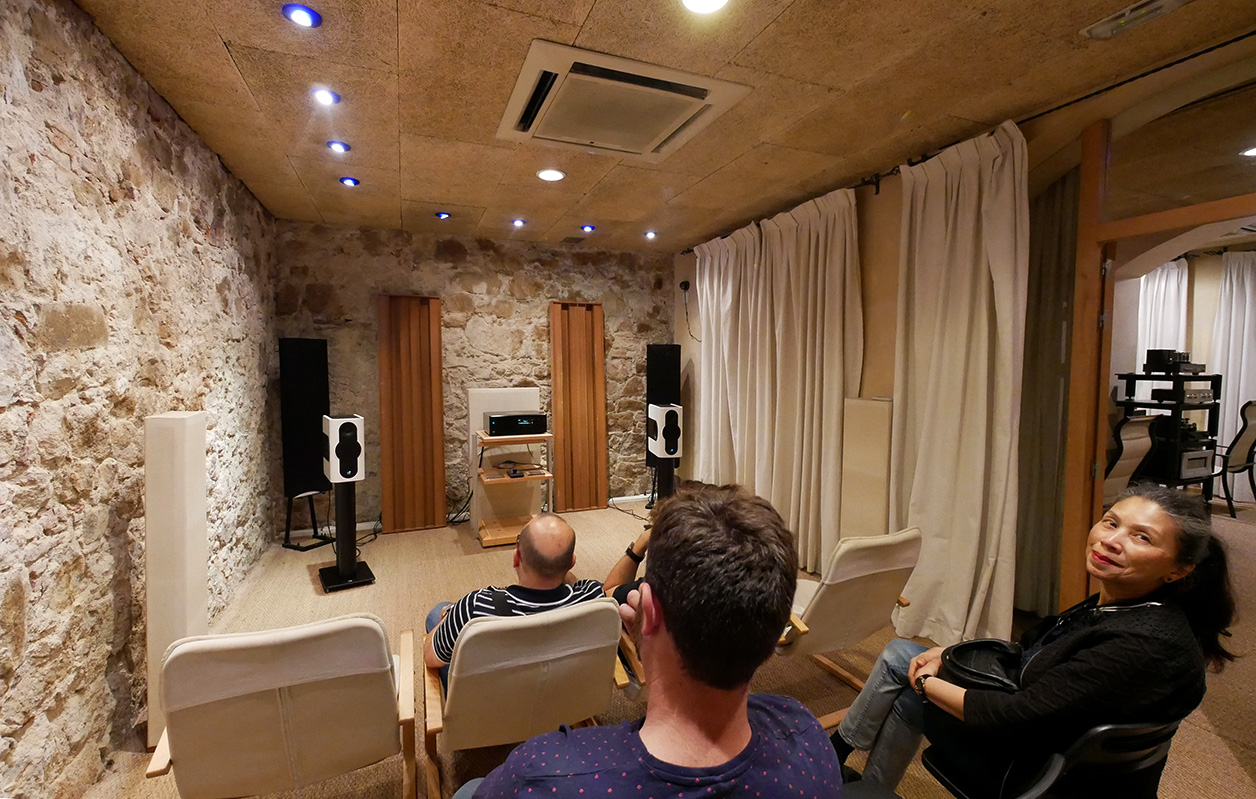 This map shows the old fortified settlement which bordered the harbour. Present-day Barcelona then expanded beyond its walls. 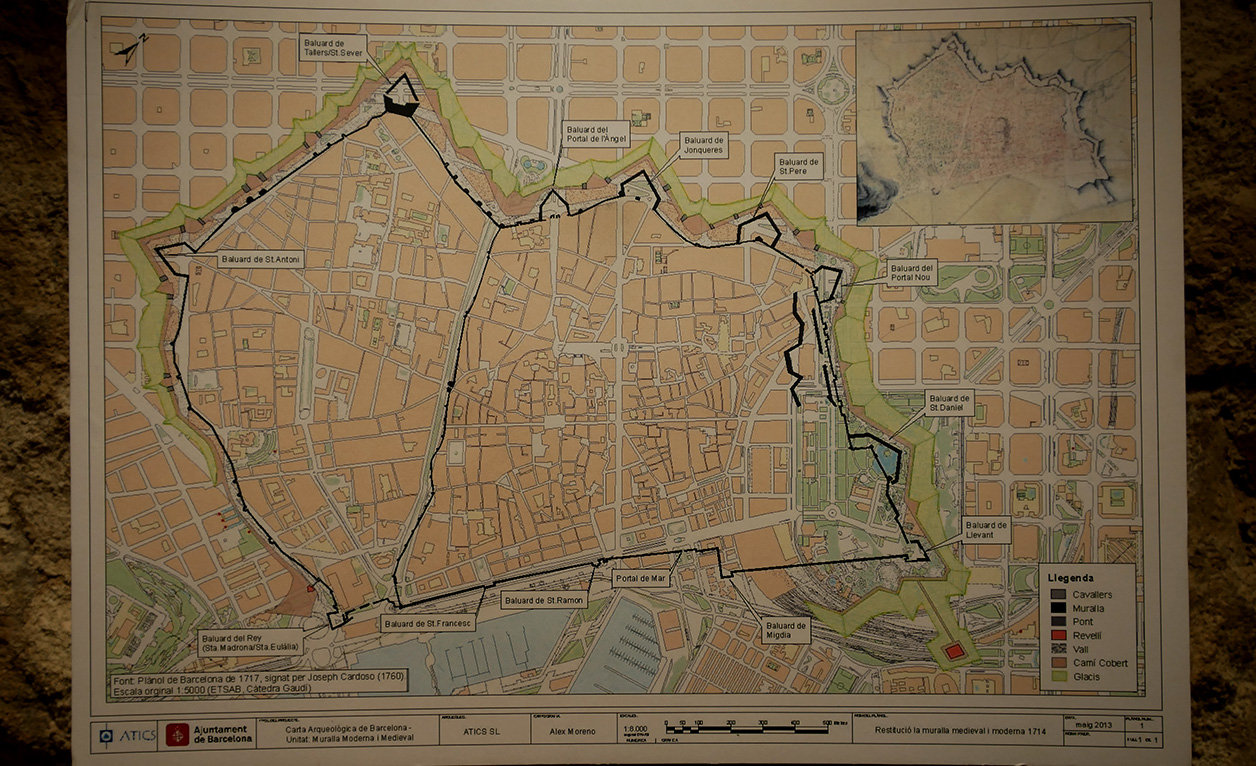 Located on the 4th floor of a nearby residential building was Werner's loft which, for this occasion, hosted a system around the big German hornspeakers. 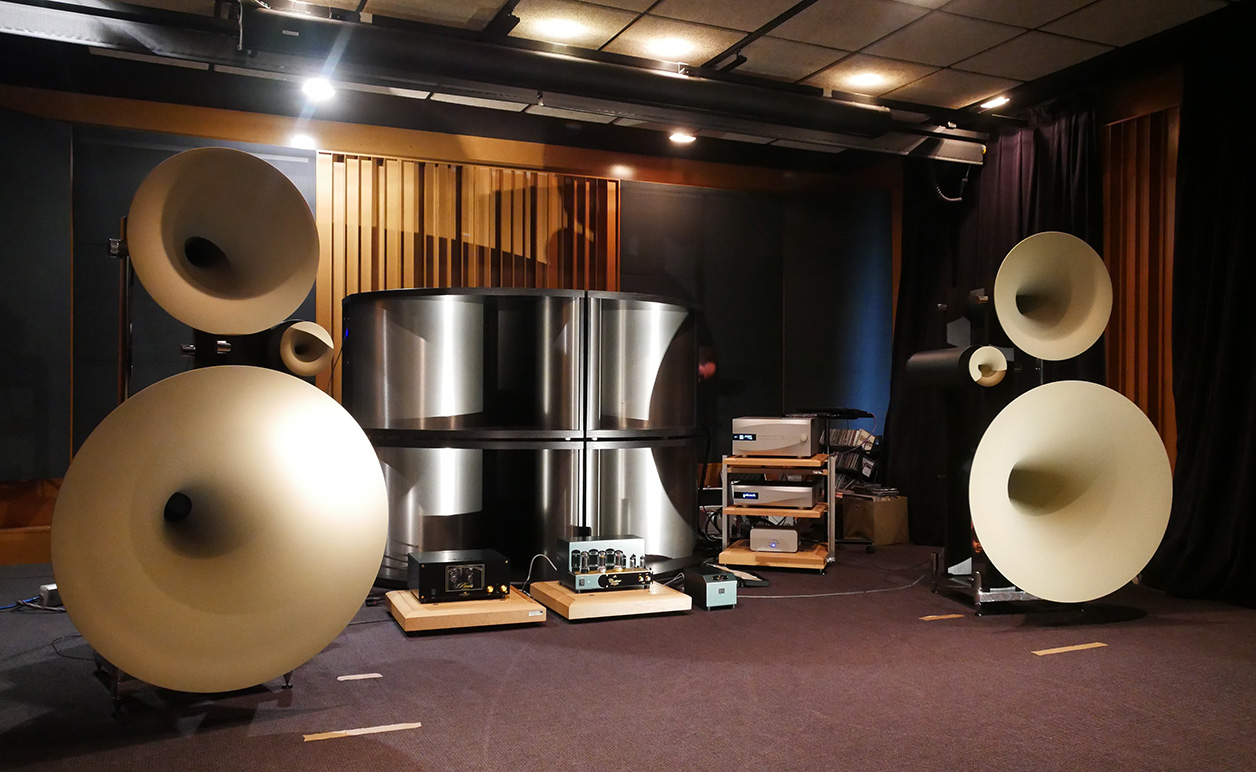 The wine served for the 'eno' portion of the Enosound event came from Cayetano's Pekatu winery. 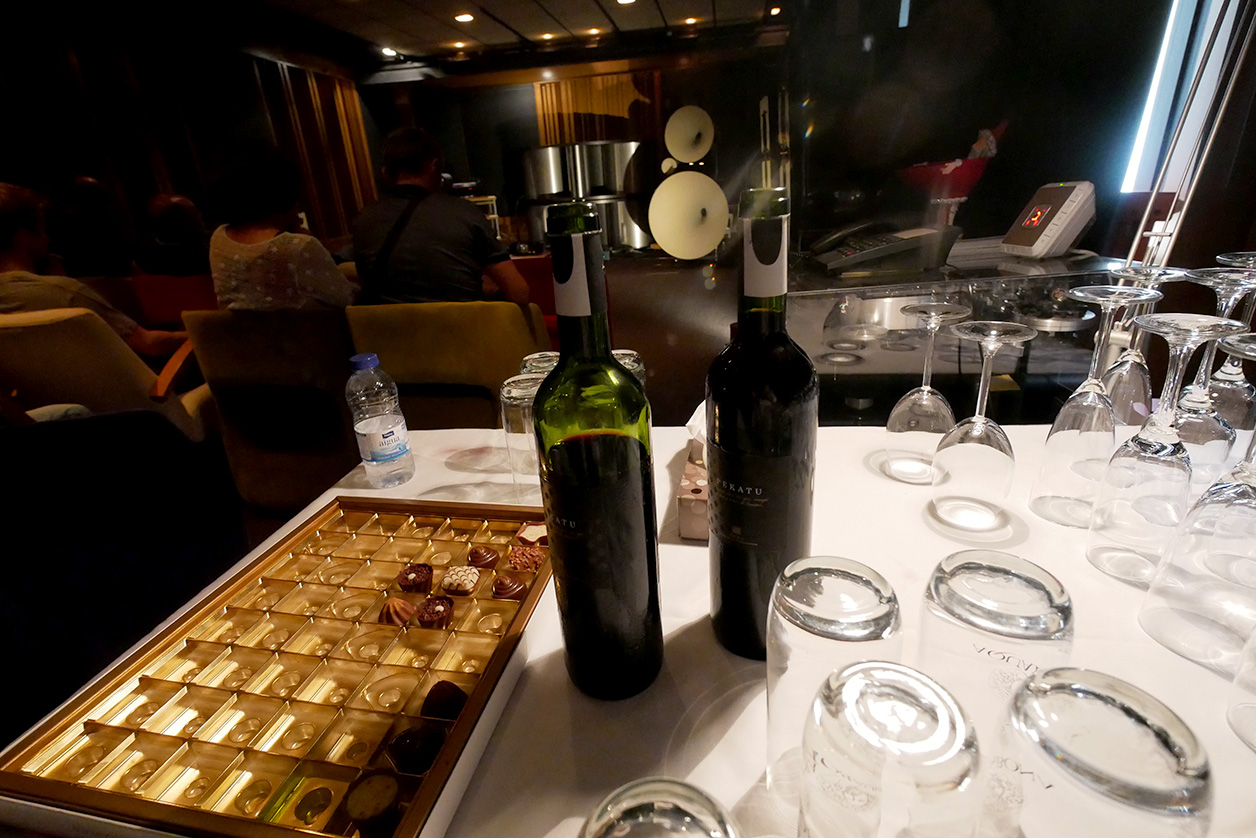 Closing out the day's listening sessions was this Accuphase/Kroma system in Oriol Martínez Monje's shoppe in another part of town. It showed Artesanía's new modular rack in their Organic line (think Krion shelves with Panzerholz layer and stackable/interchangeable aluminium uprights), new cable lifters and a new all-Krion stand for Javier and Miguel's monitor speaker. This was my favourite system of the day. Music played included selections from the new trptk label, in particular from their albums Paper Motion, Maya Fridman's Red Velvet and Rafael Fraga's Trova Caminhada. With Cayetano having taken on Kroma Audio's marketing, I immediately signed up for a November/December review of these overachieving monitors. 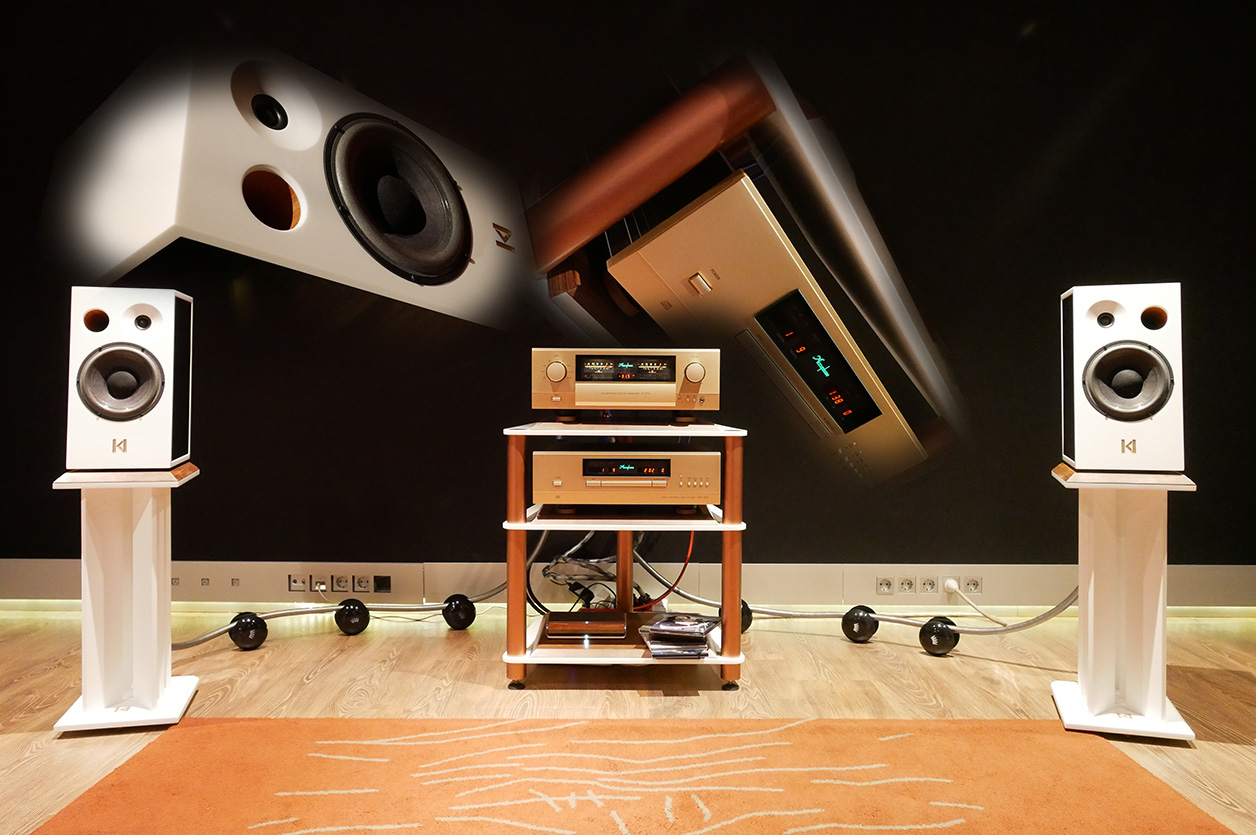 With a parting shot of Barcelona's version of London's gherkin… 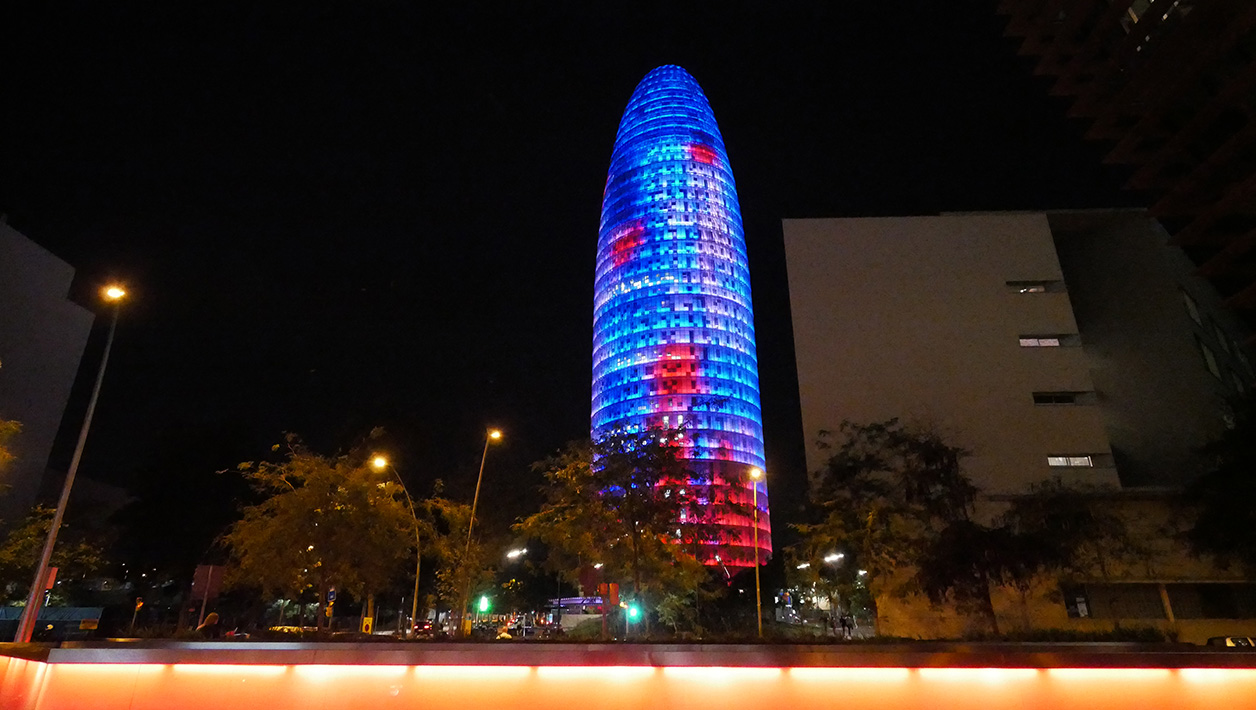 … and one of the city's many Gaudi buildings… 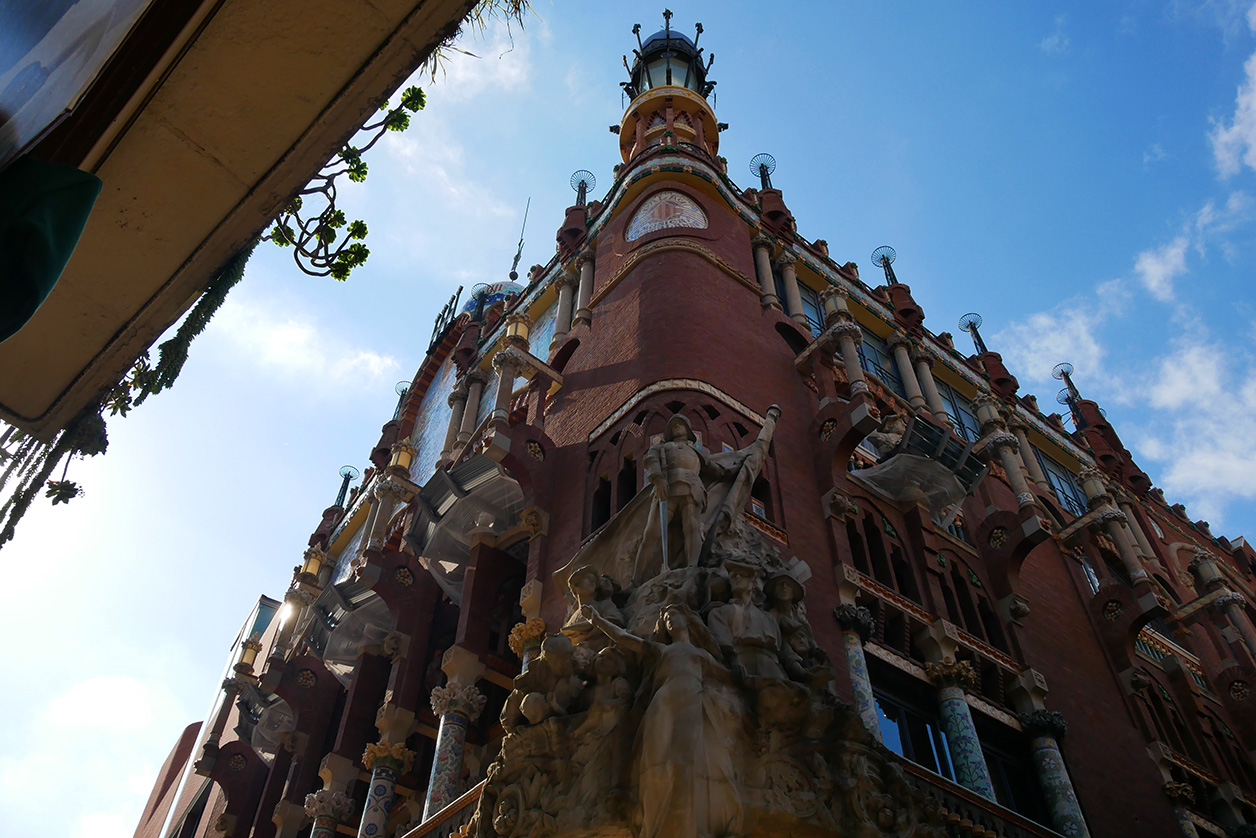 … our journey then took us to Barbastro where Artesanía Audio are located.