As it turned out, Nic was already deep into R&D on such a full care package. It finally emerged after four years of intense work and revealed itself as a three-box statement tiered well above his earlier work. The man not only fulfilled my secret wish but delivered far more. He actually outdid himself and today's review tells the story. Each 995R mono amplifier arrived snugly foam-hugged in a large box inside outer cardboard. Albeit substantial, this cargo was cleverly designed to allow single-handed extraction. One £120 ISOL-8 IsoLink Wave power cord was inside as well, this being Mr. Poulson's other company focused solely on power delivery products.

As are most Trilogy products, the 995R is a hybrid. It measures 19 x 46 x 35cm WxDxH and weighs in at a healthy 38kg, hence is fairly compact but feels very heavy. Carrying it around wasn't impossible but surely difficult. In class A/B mode, it delivers 200W into 8Ω. In alternate class A mode, it puts out 40W (usable 55W). Just as it should given such a resumé, the 995R gets very hot very quickly, hence massive radiation surface to dissipate all that heat was key. Bandwidth is 5Hz–100KHz (+/-0.5dB) and gain on the RCA/XLR inputs is 25/31dB respectively.

Due to its tower build, the Trilogy 995R doesn't look like a classic mono amp. In my opinion its clean design is both elegant and impressive. The 995R's thick, slightly curved massive front sports ribs of different thickness on its sides. This radiator scheme also found on Trilogy's 925 and 993 increases dissipation efficiency. The secondary on/off switch found in a small sculpted recess on the front neighbors red and blue diodes. Red signifies class A/B mode, both on class A bias. The company logo and several openings are found on top and three small footer pucks on the bottom. 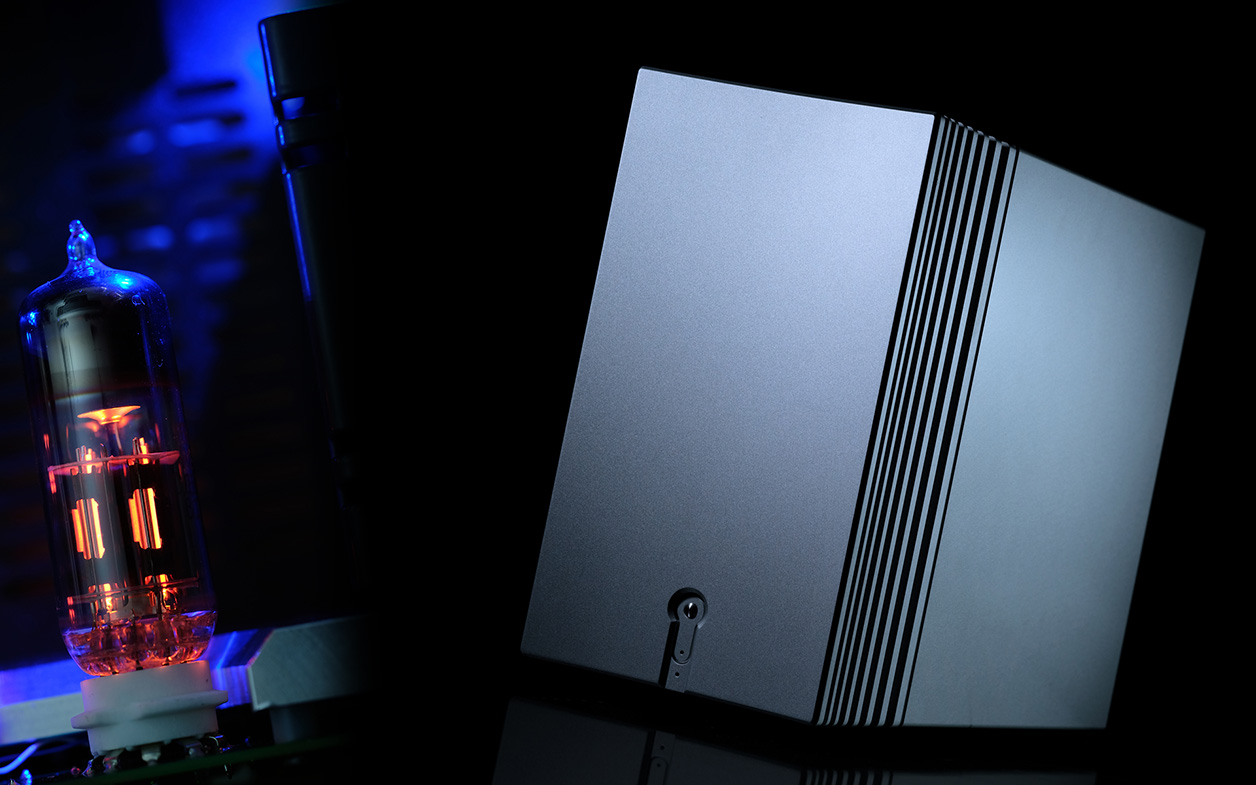 The 995R's rear houses a pair of robust and convenient Mundorf binding post. A small socket to connect an external ground on the left gives way to think that we might see complementary items in the future. The IEC socket and breaker neighbor the mains switch and Trilogy's proprietary TASlink network based on two RJ45 sits above them. A petite button next to this interface is the mode selector which cycles through class A/B, A and eco A bias. The last one is typical class A when music plays but if for a minute there's no signal, bias drops significantly to reduce power draw. Nic explained that it took him four months to execute this feature in a stable manner without any compromise on performance. Lastly, input selection and mute knobs in close proximity to the XLR and RCA sockets on the back have labels both regular and upside down. Because of this, there was no need to crawl behind the product to identify any sockets. 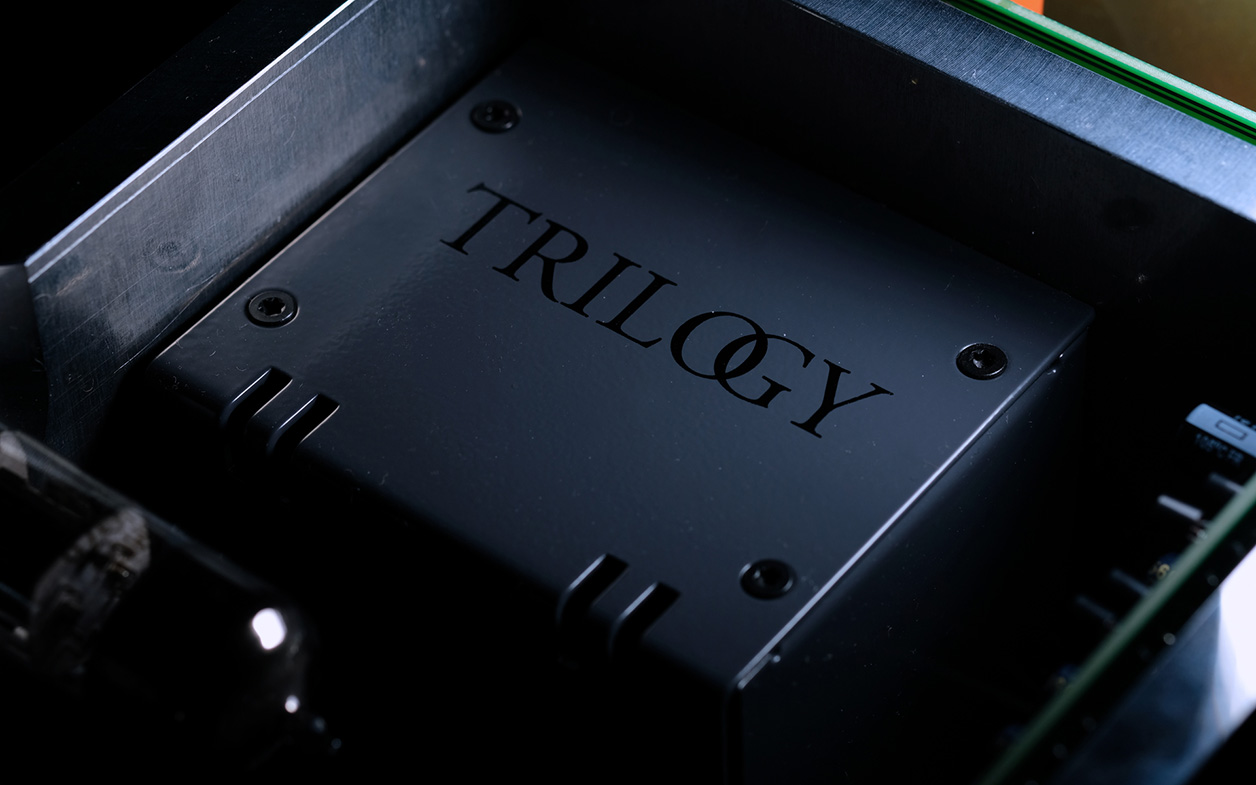 Internally the Trilogy 995R looked as good as it does on the outside. The circuit has no feedback, is fully balanced and so is its bridged output stage. Its hybrid topology involves two 6H6P as voltage amplifiers whilst small linear Mosfets plus a dozen Japanese bipolars make up the compound push/pull compound stage. The PSU is based on a large toroidal transformer with choke input and its caps made are exclusively for Trilogy.