Glow, baby, glow. To kick off, I decided to follow Grzegorz's advice about the PX4 being particularly compadre with the Nenuphar's 10-inch widebanders. Since I had four of them, I splurged. 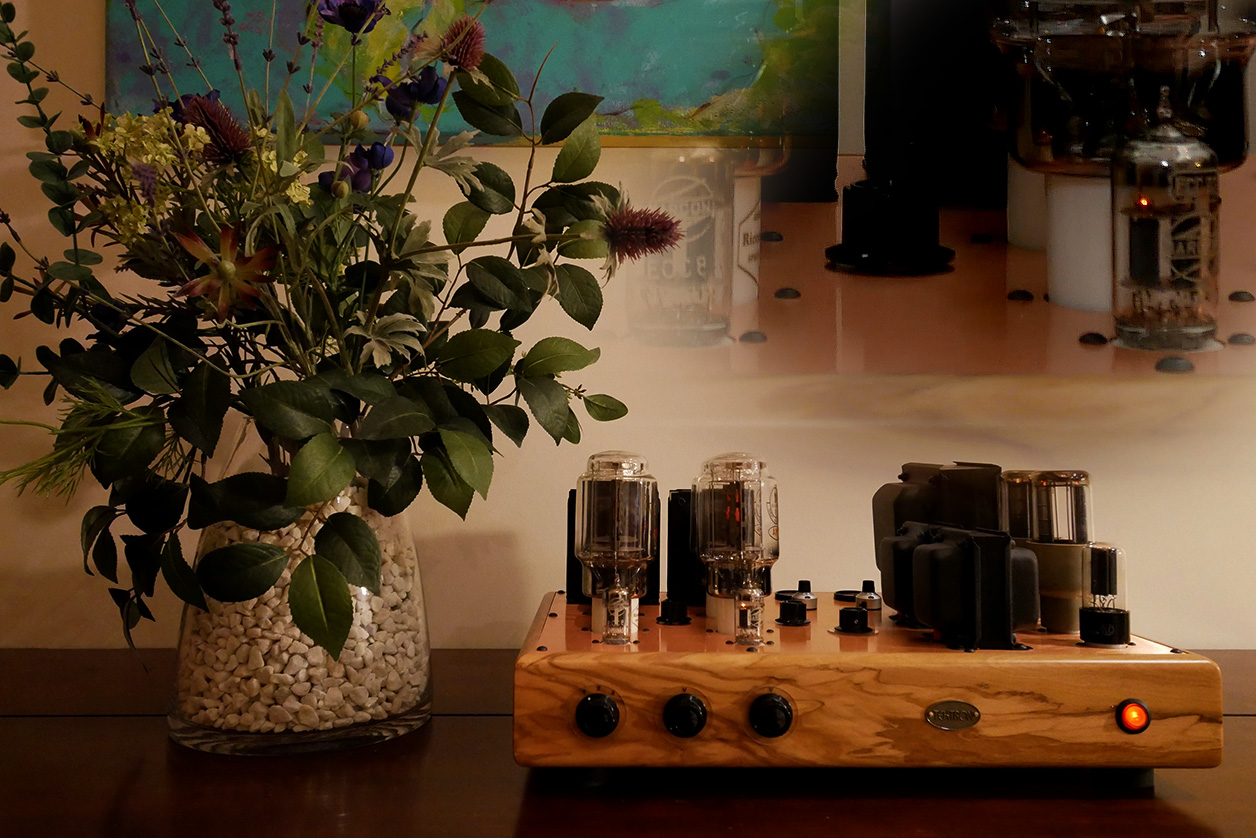 Here we look sideways to include the driver tubes. 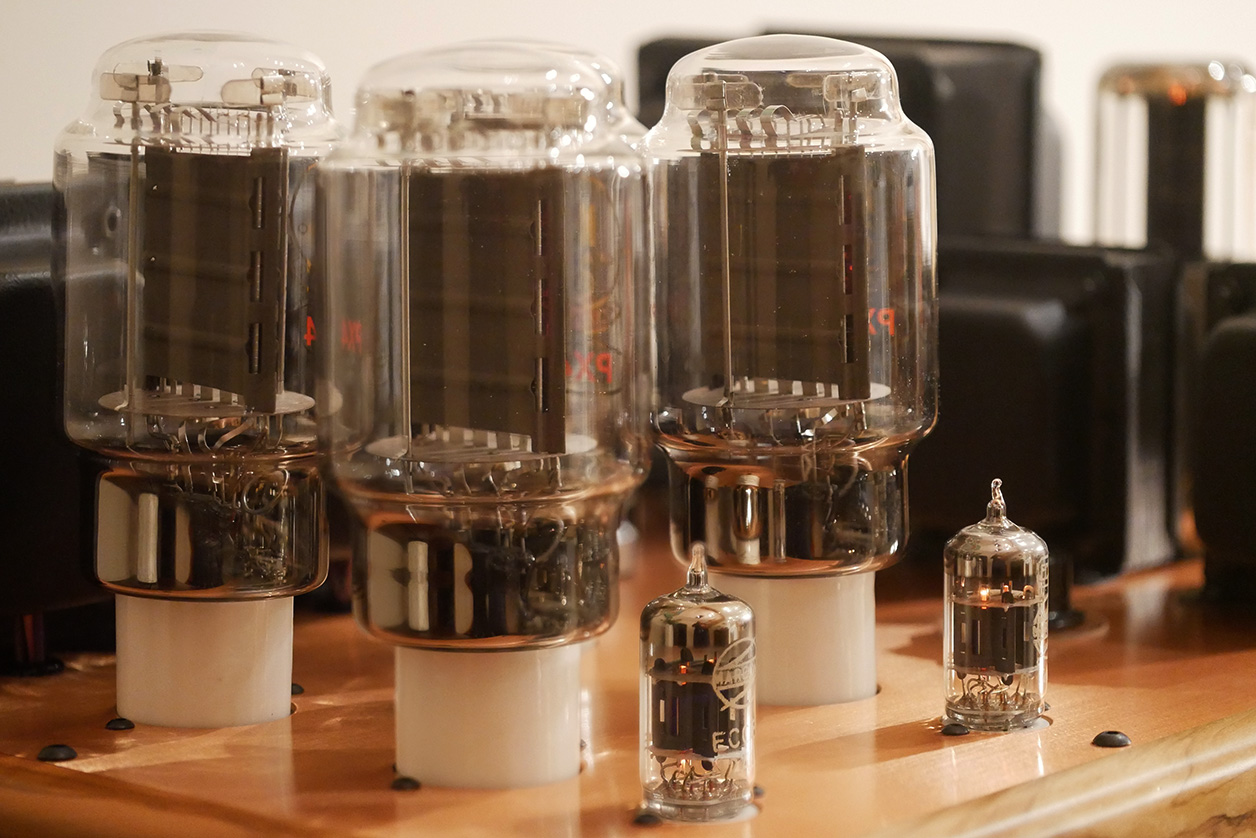 Here is that Madrid-issue Marconi in closeup plus the bases of two Riccardo Kron Special Edition PX4 and one of the hum trim pots. 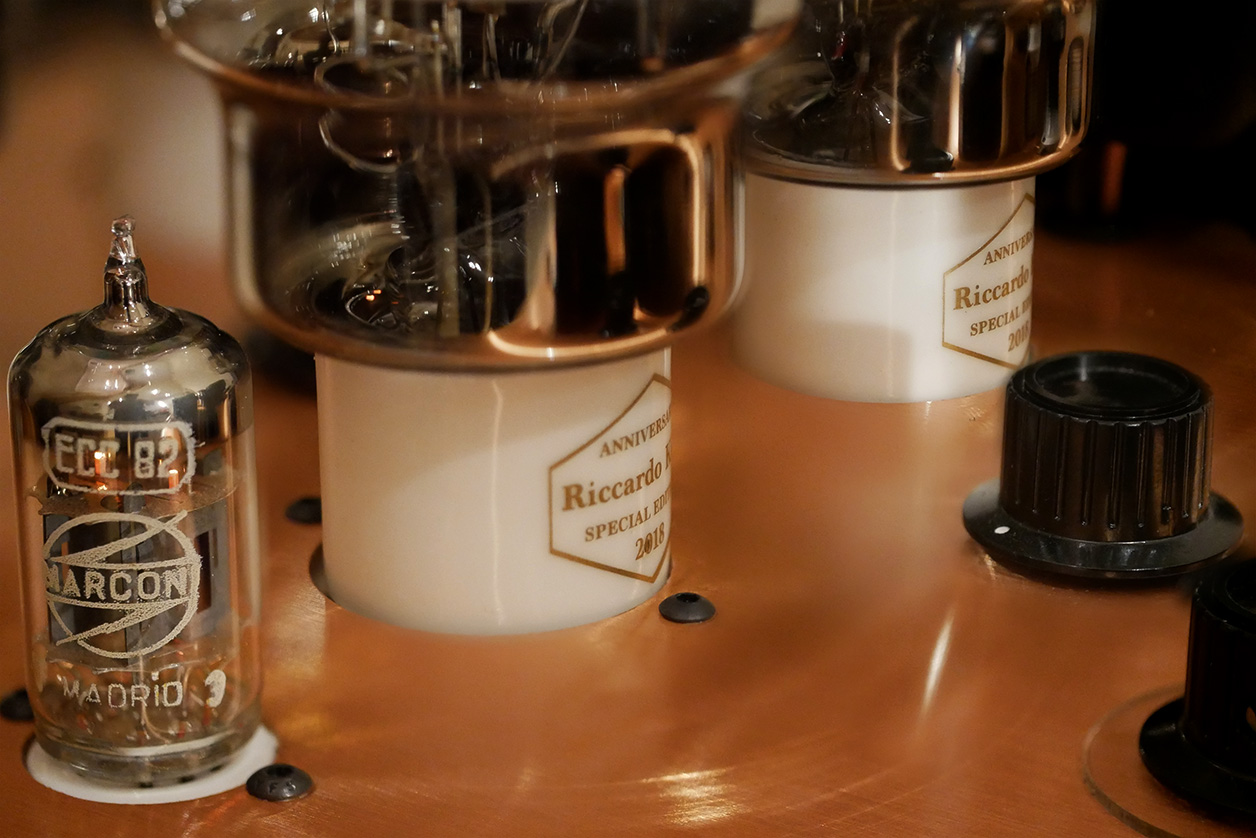 Meanwhile on the other end…

… we get to the triple rectifiers. 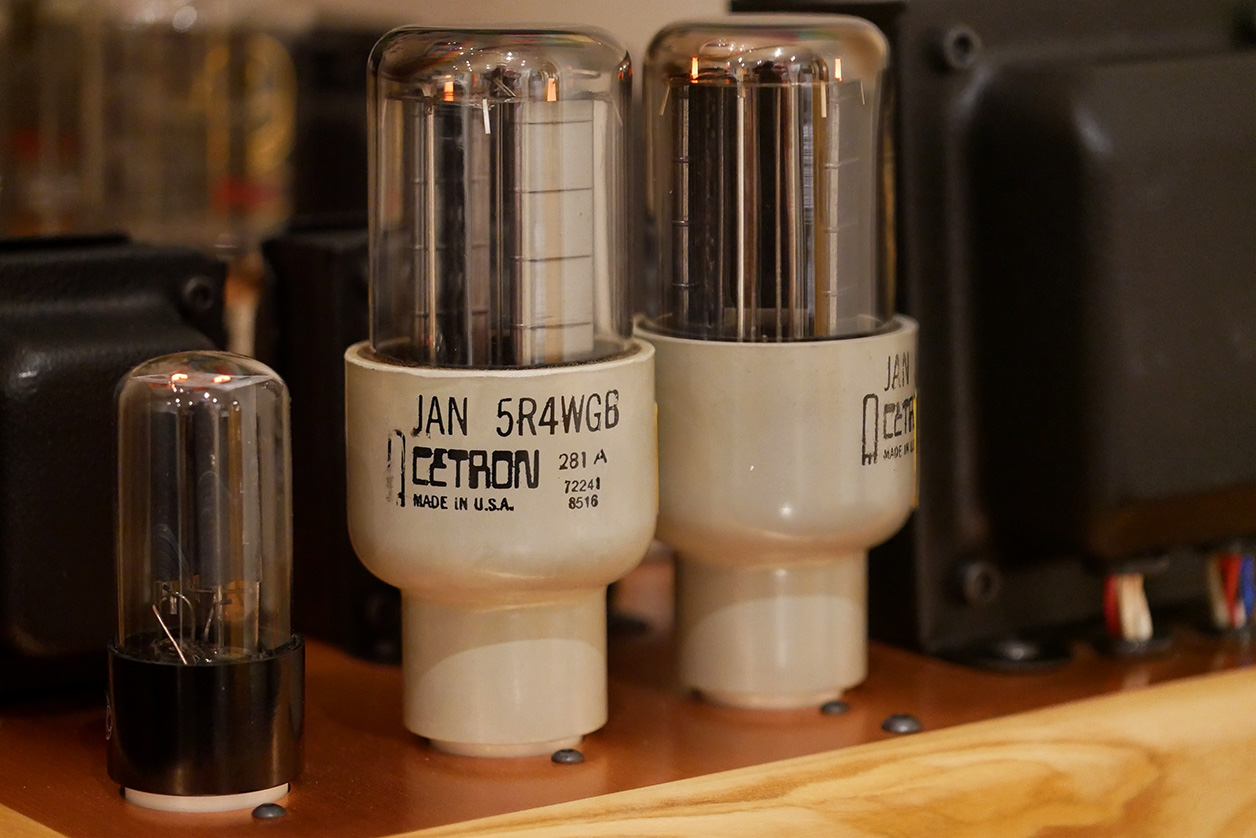 On the back end toward the binding posts, there sit these two bias meters which here indicate 40mA for single-ended PX4 drive, meaning I still had to double that value to 80mA for my quartet. 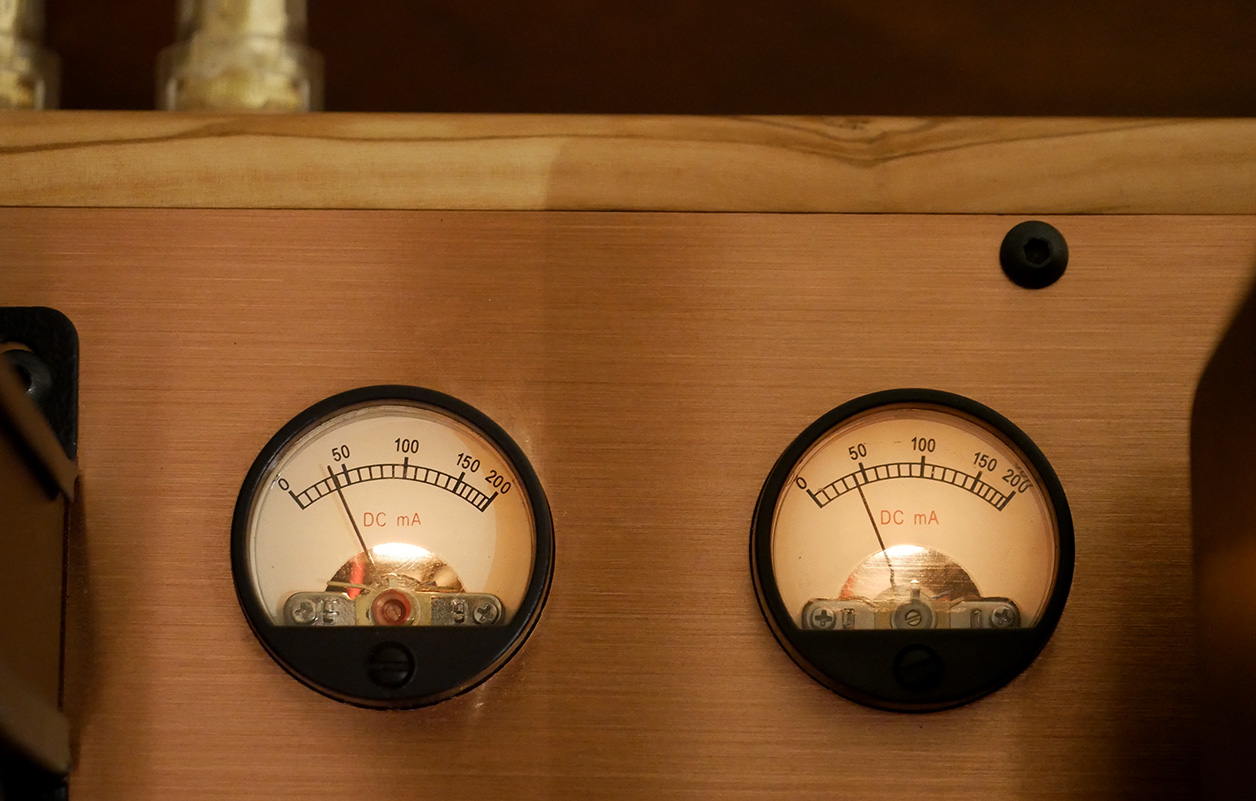 Making it so were these locking trimmer knobs. 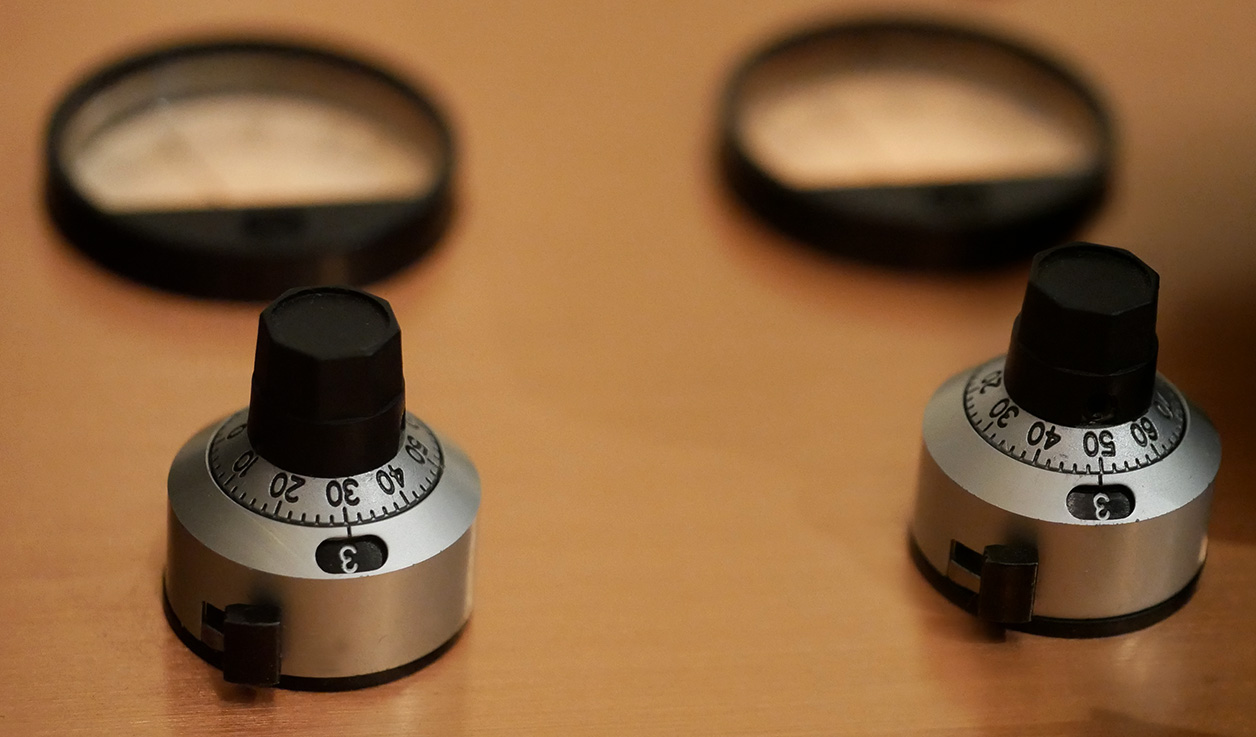