Come Tuesday, you might fret. Though aware that tubes are still made, who really fabricates any more PX4/25 and 45? It turns out that KR Audio of Czechia support the first two, Emission Labs also of the Czech Republic and TJ/Full Music of China the PX25 and 45. For the 300B and its halved 2A3 cousin, add Sophia Electric. For just 300B, add Takatsuki of Japan, Elrog of Germany and EAT again from Czechia. Which hasn't yet touched on Slovakian, Russian or Chinese vendors like JJ, New Sensor (Electro-Harmonix, Genalex, Mullard, Sovtek, Svetlana, Tung-Sol), Psvane or Shuguang, not to mention the back catalogue of new-old stock; or the on/off announcements for Western Electric. There's lots of contemporary glass to roll into the Tektron.

By Wednesday, your doubting mind has fully recovered. You want to know who this Attilio is. An Audio Engineering Society fellow and prior repair man. He lives and works just outside Catania on Sicily's central west coast as overshadowed by Mt. Etna in the north. As he paraphrases it, all his wares use high-efficiency transformers, rare selected NOS tubes, more benign overload and distortion behaviours, simple but effective hard-wiring, quality parts like Roederstein resistors and paper-in-oil capacitors, solid-wood enclosures in several timber options, copper or brass top plates and "efficient online tech support worldwide."

"With more than 24 years of restoring and repairing antique tube radios, we now build high-end audio devices with heart, soul and passion to bring out the best of NOS and modern tubes with meticulously handcrafted, visually stunning, truly affordable and ultra reliable creations that reach the highest audio performance possible." The upshot of all this is that unlike with a turn-key transistor device that's set'n'forget, a Tektron gets you involved into tailoring it to your own tastes; to play with and explore many alternate options. That countermands stasis from sameness no matter how brilliant. Let's face it, much of audio's self-inflicted sell/buy cycling just satisfies idle curiosity born of boredom. It also helps refine your understanding of what you like. It's only with ongoing exposure that one learns that. And this Tektron can really expose you. Finally, scalable power will keep the pace and peace with sundry still strategically inspired speaker changes over time.

Checking with Cube Audio's Grzegorz after the Warsaw show, "our local Tektron distributor Pawel Derkowski from Artisan Audio made available his demonstrator which differed from the 2A3 amp we used in Munich. With his very versatile amp and to my ears, the PX4 sounded best on Nenuphar." That was excellent starter advice to get me back into the power triode game. Pawel: "I'll include some Emission Labs 45, Ricardo Kron PX4 and 300B and 2A3." Mercy bocoopers. Having read this far, Dan teased me about "opening the possible amplifier can of worms where one can have 95% of paradise at 5% of the price." Owning many custom commissions from David Berning to Thomas Mayer who'd taken over Elrog to the early Josh Stippitch of Electronluv to Sasa Cokic of Trafomatic to designers I've never heard of; plus regular production from Kondo, Yamamoto, Wavelength, Wyetech and many others… he'd know. Having explored that deepest end of the pool to know where it ends, Dan now had much more fun pursuing those rare 5-percenters. It's why his recommendation of Tektron was so valuable. Relative to his Nenuphar setup, he'd tried "SIT1, SET with 46, 50 or 300B and Berning ZOTL with VT52 or 300B. Preamps were a Thomas Mayer 10Y, your Wyred4Sound and a Townshend Allegri+. Sources via SD card and HDMI were the Denafrips Terminator, APL Hifi PCM and iFi DSD-Pro all via the Soundaware D300Ref." 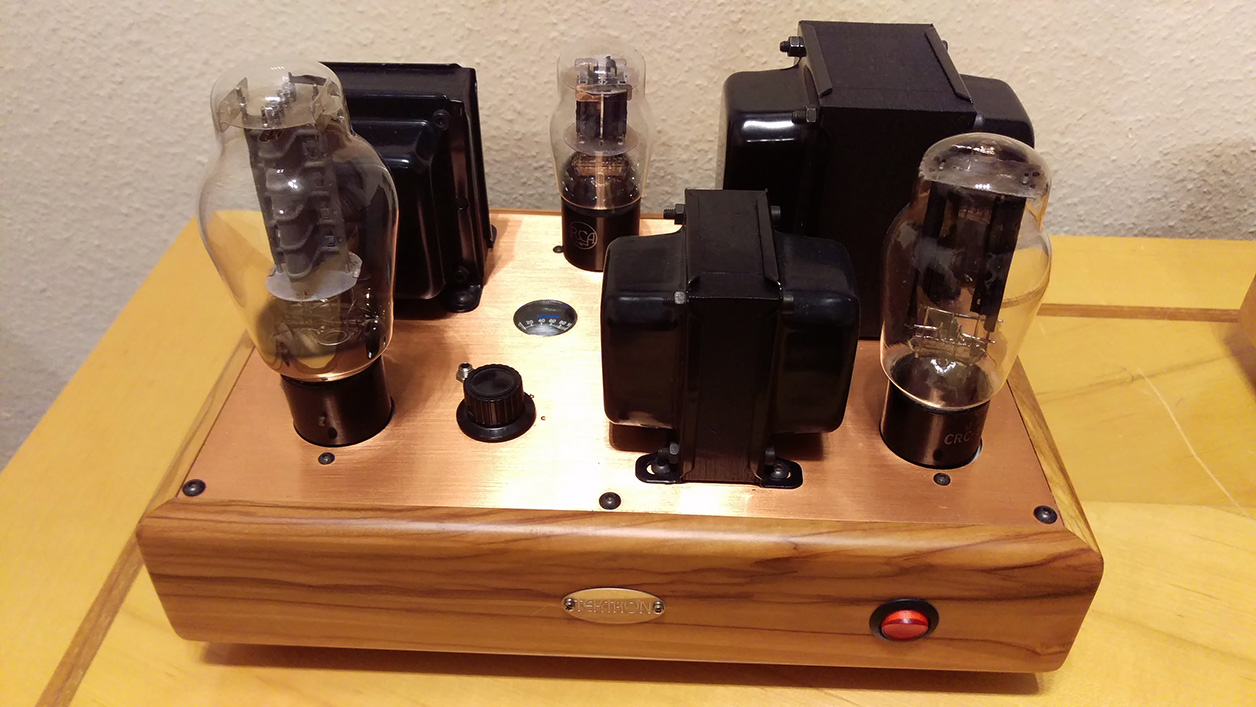 Checking on the next island over from Ireland, I learnt that the UK had three Tektron dealers, one of them Wilkinson TV whose website had this photo of a TK2A3 50M Ref mono. It too is a roly-poly, taking 45, 2A3, 300B, UX345, VT50, VT52, even 46. Obviously extremists shall claim that despite the necessary bias adjustment provision, such multi-kulti shenanigans imply that the output transformers couldn't possibly be perfectly optimized for just one particular tube type. That would rather miss the point but it's something extremists are very good at. In fairness though, it's probably correct to think that if one wanted Attilio's ultimate amp, you'd tell him what exact output tube to build it around. For most audio adventure types, being able to swing and swap without circuit mods should be wildly more entertaining however. 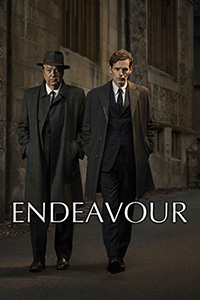 Come Thursday, it's not just Detective Constable Endeavour Morse. It's also his superior, Inspector Fred Thursday. Two bright brains, two approaches to solving crime. Being a younger man still wedded to perfectionism, Morse would call less distortion definitely better. So he points at power and how it relates. If a valve amp specs 0.5% total harmonic distortion at 1/10th power, 3% at half power and 10% at full power, the most rudimentary math tells us that to remain inside its 0.5% window, we need 10 times as much power as we actually consume. Headroom. If we need 1 watt to enjoy satisfyingly loud peaks in our seat at three metres from our 93dB speakers, we really want a 10-watt amp to keep distortion in the sweet spot.

As the older wiser man meanwhile, Thursday first questions our basic notions on the nature of this distortion. A funny arcade mirror renders the viewer abnormally fat, skinny or wavy. He admits that its audio equivalent is not any distortion we want. Neither is screeching, clipping, crackling, oscillating or any other form of obvious misbehaviour. But his point is that we don't hear low-order harmonic distortion as any such ugly noise or obvious error like digital stutters, signal dropouts, chugging ports or woofers hitting their stops. To use a simple analogy, low-order harmonic distortion typical for simple valve amps without feedback is more or less sugar versus more or less salt. It creates flavour. What is the most agreeable mix of the sonically salty, sweet, sour and bitter?

As long as an apple navigates between the sour and sweet and doesn't suddenly taste like a mushroom, it properly describes an apple. It doesn't distort the apple to unrecognizable grotesqueness like our bent arcade mirror. It's you who decides what's most persuasive, recognizable or realistic; whatever your criteria might be. Here Thursday reminds us. For this particular purpose, our word 'distortion' is misleading. It connotes something bad, wrong and to be avoided at all costs. That's plain silly. Who wants music without flavour? Then best buy a Halcro. 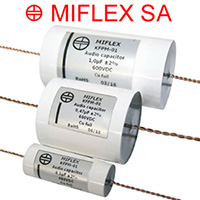 Anyone familiar with the British television series Endeavour also knows that Morse and Thursday work together to solve heady murders in Oxford. So consider both perspectives, then decide who you side with. Going in, I'd already pledged my allegiance to Fred Thursday. My far more thrilling question was, with what tube? Pawel Derkowski very generously offered quads of four different types so I could do the single/parallel Potomac two-step. When he called the following Monday to confirm dispatch, I asked some questions. I learnt that Pawel is LampizatOr's German distributor and was introduced to Tektron by a customer who like Dan had been through his share of Japanese boutique amps. He confided that he preferred Tektron which also smoked less of his cashish.

It led Pavel to become Attilio's agent for Poland, then commission today's amp. "Attilio hadn't made amps for PX4/25 before. He also hadn't worked in parallel single-ended. In fact he built this amp to my specs and needs, including two resistor-ladder volume controls to double for balance; and Miflex copper-foil coupling caps." Being unfamiliar with those boutique critters, Pawel explained that this Polish company started fabricating capacitors ~1945 and a few years ago added high-end audio models. In Poland, their top caps enjoy a reputation on par with equivalent Duelund and Jupiter units and are used by LampizatOr's Lukasz Fikus. Miflex caps and other bespoke parts reflect in Attilio's 'Ref' suffix. All of his base models end in ECY for ecomony. Today's is unapologetically positioned as a REFerence. And, Monday turned out to be a really good day for hifi adventures. Again.