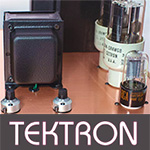 Say hello to my little friend. With that, Al Pacino as Tony Montana in Brian de Palma's 1983 movie Scarface wasn't flashing his wife in bed. Neither would you if you brought home some of Attilio Caccamo's tube monos. First, you'd be talking plural. Friends. And you'd be facing loudspeakers, not your wife. When outfitted with type 45/50 triodes, you of course would need a most understanding companion to tolerate just 1.8". Goosed with 300B, those watts-that will grow to a manlier 6.5. With 807 glass, you'd strut a positively pornographic 10 inches/watts. But cheap adolescence aside, it's obvious how this breed of flea-to-fly-power amp needs the right load to sing not choke. And it's not primarily a matter of speaker sensitivity. Extra voltage gain can come from the source and/or preamp. 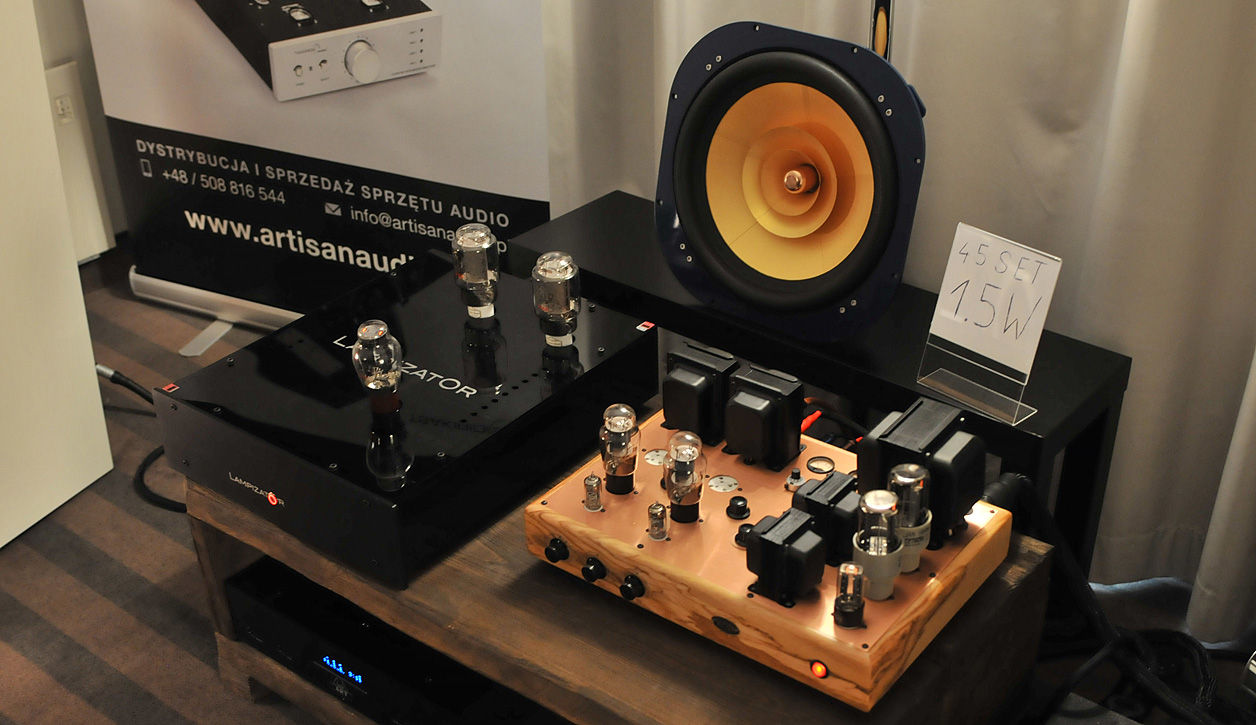 Arguably still more important is whether a speaker thrives on high output Ω. Or does it act ill-mannered particularly in the bass? Purist single-ended amps shun negative feedback which would lower their output resistance. So their values could be just like your speaker's nominal value: 4Ω or 8Ω. That makes for single-digit damping factor. Yet most widebanders with massive motors and light membranes love that. They're very well damped to begin with. They don't want more control. So strap on your typical amp with low output impedance. It's the kind of thing conventional speakers prefer. But suddenly your exotic widebanders choke as though in a stranglehold. They suffer premature bass roll-off. They exhibit a rising presence response colloquially dubbed the Lowther Shout. They could still be bright in the lower treble. Overall they'll be lean and mean. Squeaky. Entirely wrong tool for the job. Instant divorce. Bad system matching. Pick your poison. But pick it well!

Dawid captured this prototype Cube widebander rumoured to be 38cm in diameter.

It was only when Cube Audio's 10-inch Nenuphar widebander settled long-term into our digs that after many years, I once again had speakers which begged for a SET aka single-ended triode amp. Which needn't mean tubes. Our Nelson Pass SIT amps under the FirstWatt banner—SIT means static induction transistor—behave like their glassy triode brethren on power and output impedance though still lower on noise/distortion and higher on bandwidth to distinguish themselves from most of their tubular kin. Asking my friend Dan what he runs his Nenuphar with, he mentioned the SIT-1. And Berning. With his being one-up unobtainium commissions, I asked for a realistic reco. "Tektron/Italy" he replied. Daw! Suddenly I remembered. Not only had Cube shown with Tektron at the alternate Munich show. Reader Michele Surdi, happy Tektron owner, had told me afterwards that Attilio Caccamo had wanted to meet there to arrange a review. Alas, we hadn't been in the same place at the same time. But still being able to add 1+1+1 into a three-strikes-and-you're-in thingie after the fact, off went an exploratory email missive not missile to Sicily. Because unlike Tony Montana, Attila isn't from Cuba.

A few hours later, I really was; in. "My Polish distributor Pawel shall send you the demo amp from the Warsaw show. It's my new TK2A3/300PSES-i Ref. It can take one or two 45, 2A3, PX4, PX25, 300B or 300B XLS to make from 1.5 to 22wpc." This amp was so new, it wasn't yet on Attilio's website. Talk about the stuff tube rollers live for. Synchronicity, too. This entire gig—my email to Dan, my email to Tektron, Attilio's call to Warsaw, his okay on something just premiered three days prior—completed in less than half a day. Or as I saw Doug Schneider put it in his SoundStage! report on the Warsaw event, "Cube Audio was getting some serious bass out of their Nenuphar … According to the company, at 93dB sensitivity, the Nenuphar only needs 1.5W to get up and go, which is all they were feeding it in their display room. The pair sounded dynamic and fun, with none of the nasty peaks often heard from single drivers." That power figure meant that Cube's team had fitted Attilio's amp with a single 45 per side; just like Dan reported he can in Switzerland without running out of steam. To make said point, Warsaw had had that hand-written tacky sign right behind the Tektron. If you thought 93dB speakers weren't copasetic, think far stronger happier thoughts.

With this amp's flexitarian glass diet of course, more is on tap if desired. Given that most speakers happy with high output impedances tend to not really need it, the primary appeal will be rolling sonic flavours. It's something Transistor Man can only dream of. To goose his power ratings by two, Attilio had even thrown in that unconventional option of SE/parallel SE drive. Twice the power didn't need mono amps for a change. And was there a better commercial endorsement for Tektron+Cube happiness than exhibiting together at two very big international shows already? Even widebander disbeliever Doug Schneider who hadn't been lucky with other specimens of the breed was suddenly openly complimentary. After many exclusive years with solid-state amps, for me this would mark an overdue return to power triodes. Second coming, latter days and all that. Given the front-panel knobbery visible in Dawid's earlier photo, I also expected an integrated not power amp though likely with just a passive pot. This would yet further play to simplicity as a subject which single-driver speakers without crossover networks celebrate already. Synchronicity really had ruled this Monday in Western Ireland.