The DPD driver unloaded two rather big cardboard boxes which did the job of securely dispatching their demonstrator innards. 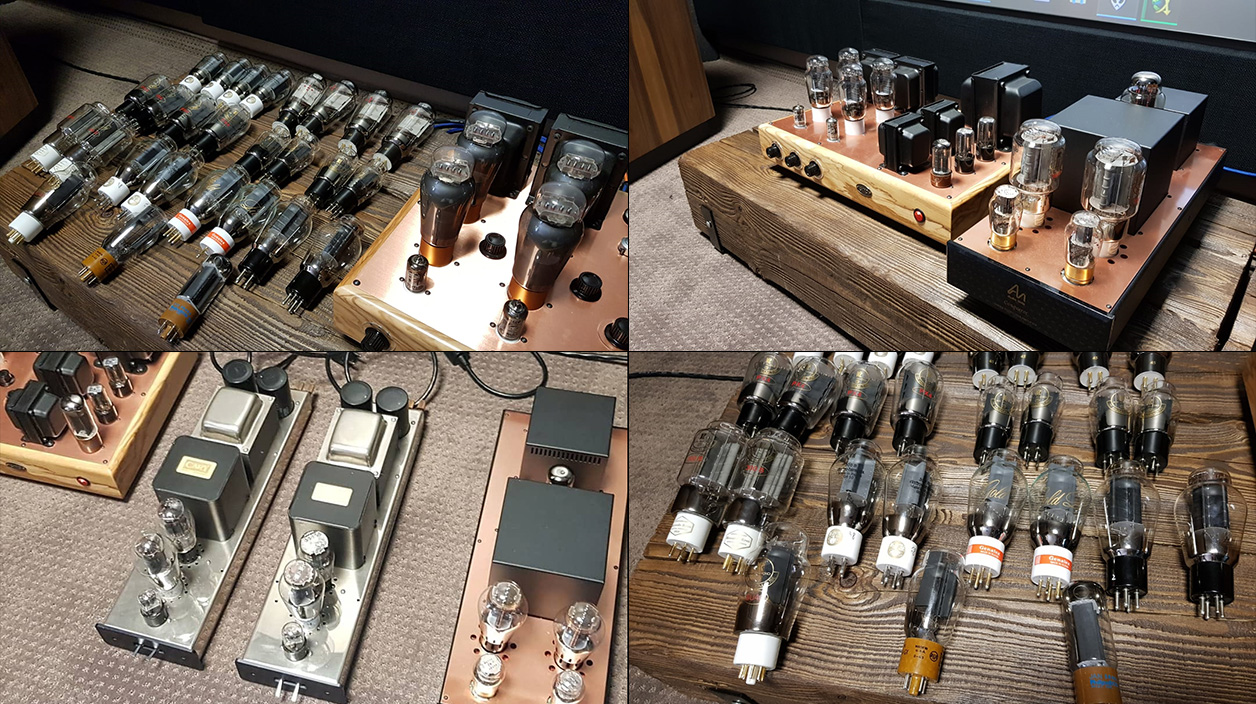 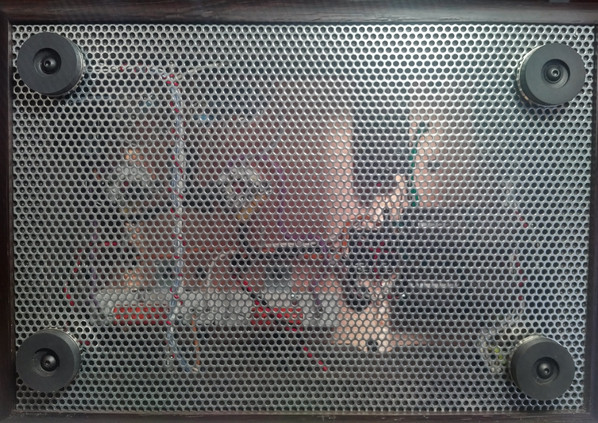 On glass, Pawel had graciously included a quad of KR Audio PX4, a quad of Emission Labs 45, a quad of ElectroHarmonix 2A3 Gold and a pair Gold Lion PX300B.

Or as he put it, "these tubes represent my personal choices. The ECC81 drivers from Marconi 's Madrid plant are very musical. The well-known Raytheon 5R4 rectifiers were also used by Kondo-san in his legendary 211 amps. The 5Y3 rectifier again from Marconi but this time Canada is very sweet. With 300B installed, this Tektron sounded better to me than an Audio Note Conqueror or Cary Audio 300B SE monos I had in my system."

For parallel single-ended mode i.e. twice the tubes, one obviously doubles those values.

For a look-see, I had to undo a temporary Medite cover which Attilio had cut quickly to make the Warsaw show dead line. The production cover would be this perforated metal sheet.

Pawel explained that he actually planned to approach a local shoppe for a Plexi equivalent so he could show off the innards to prospective buyers without undoing any wood screws.

Either way, the barely-there concept of massive perforations helps to cool the innards via the air gap left by the footers. One would thus not park this amp on plush carpet and obscure the intended air flow. Working cooler has parts last longer. 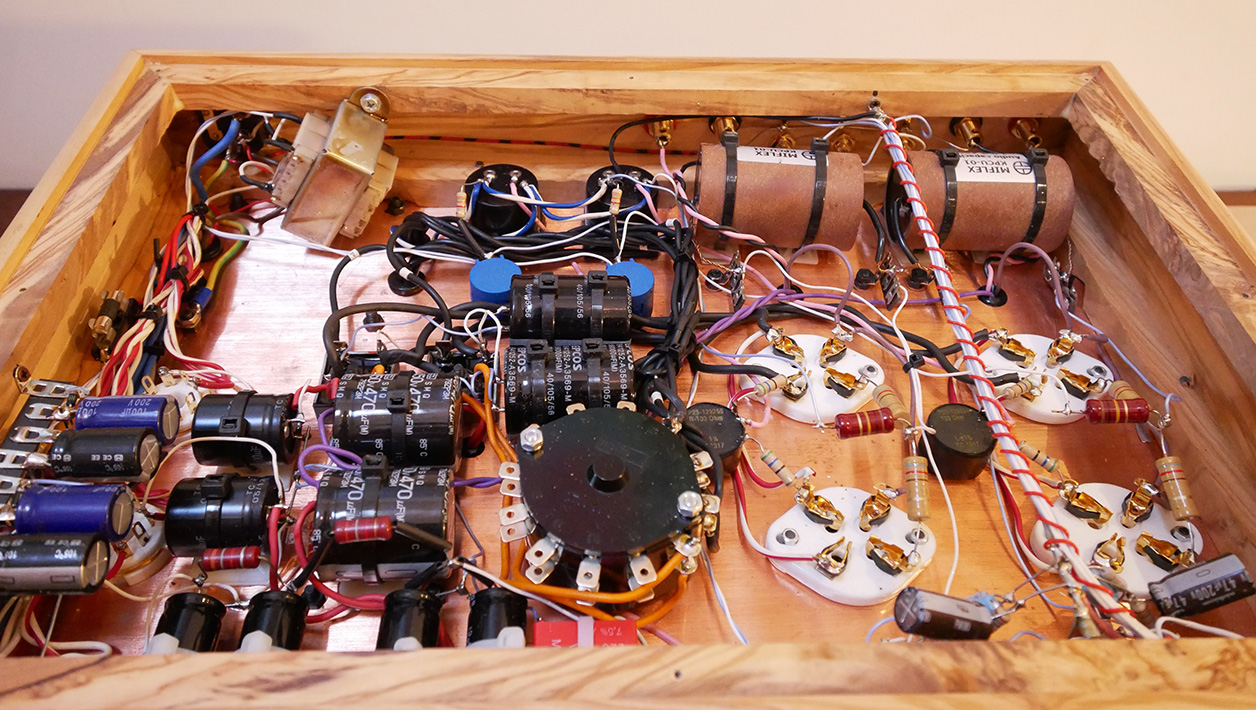 Once I'd removed my temp cover, here was the point-to-point wired story. 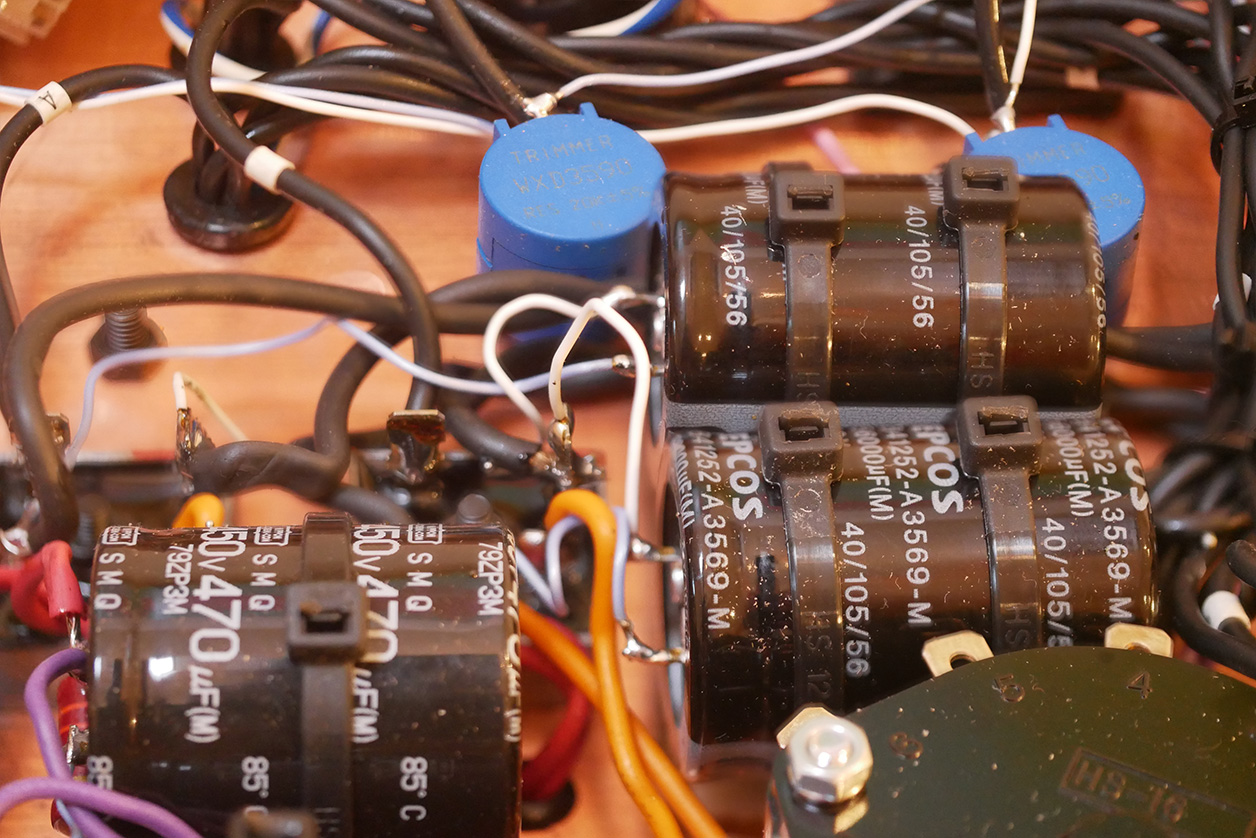 Capacitors were tie-wrapped to stick-on retainers. In transit, the two such retainers under one of the big Miflex output caps had come undone. I reseated them in a glue pad that still seemed sticky enough. 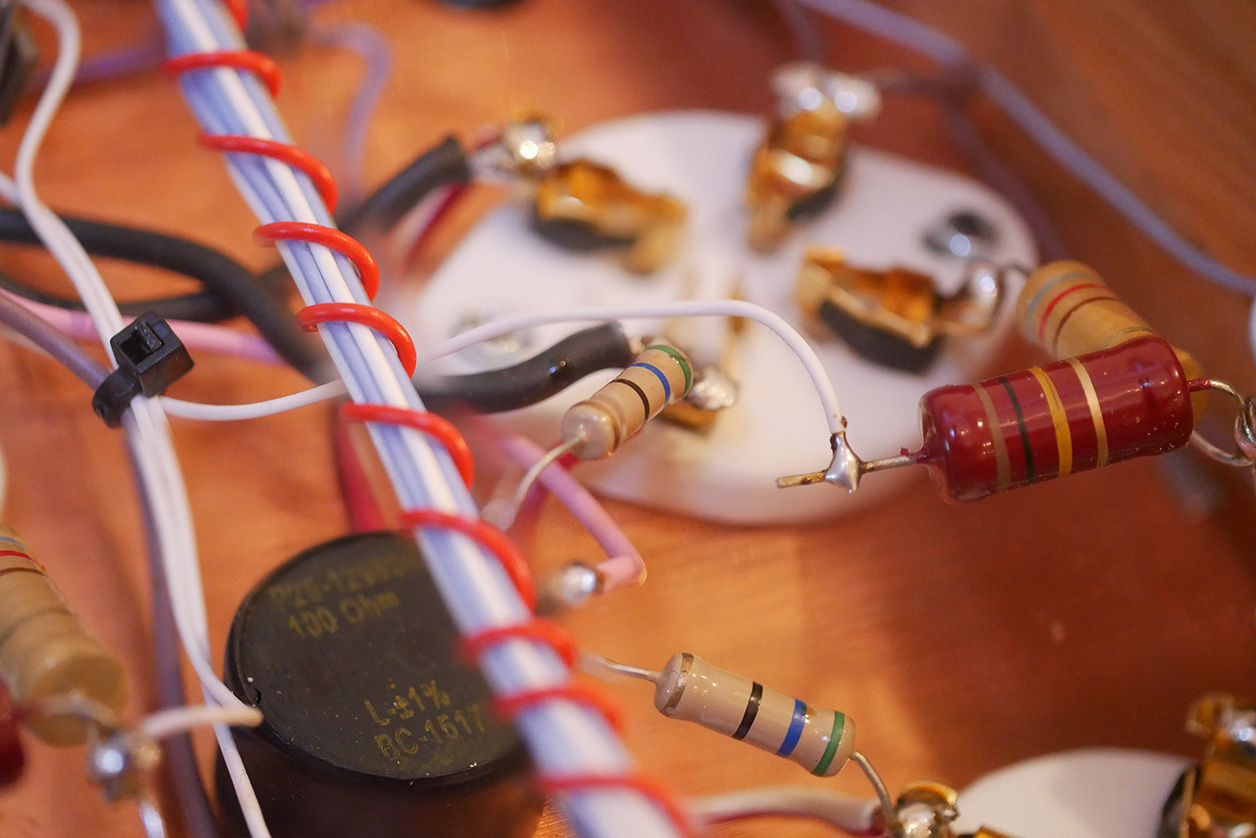 Small parts like these resistors float and are supported by just their leads.

A filter choke mounted angled in one corner directly on the Olive wood frame. 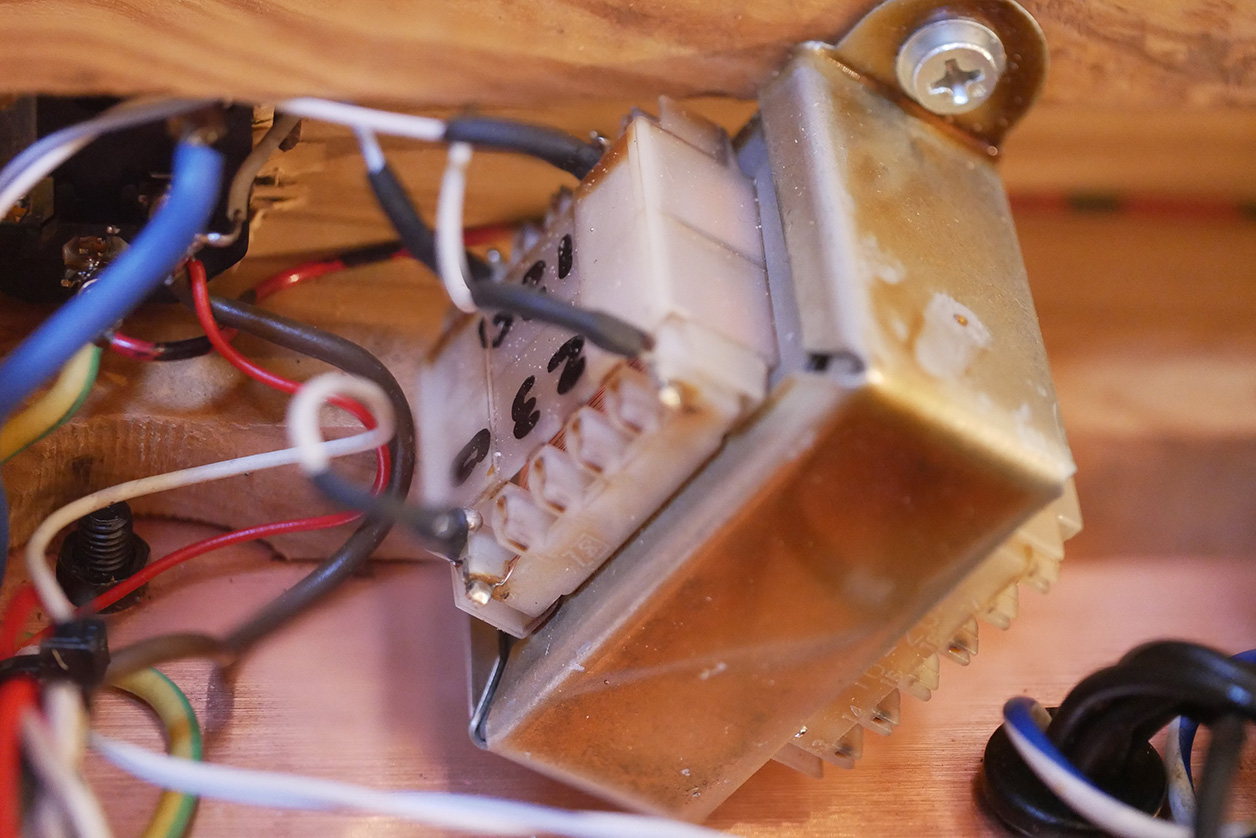 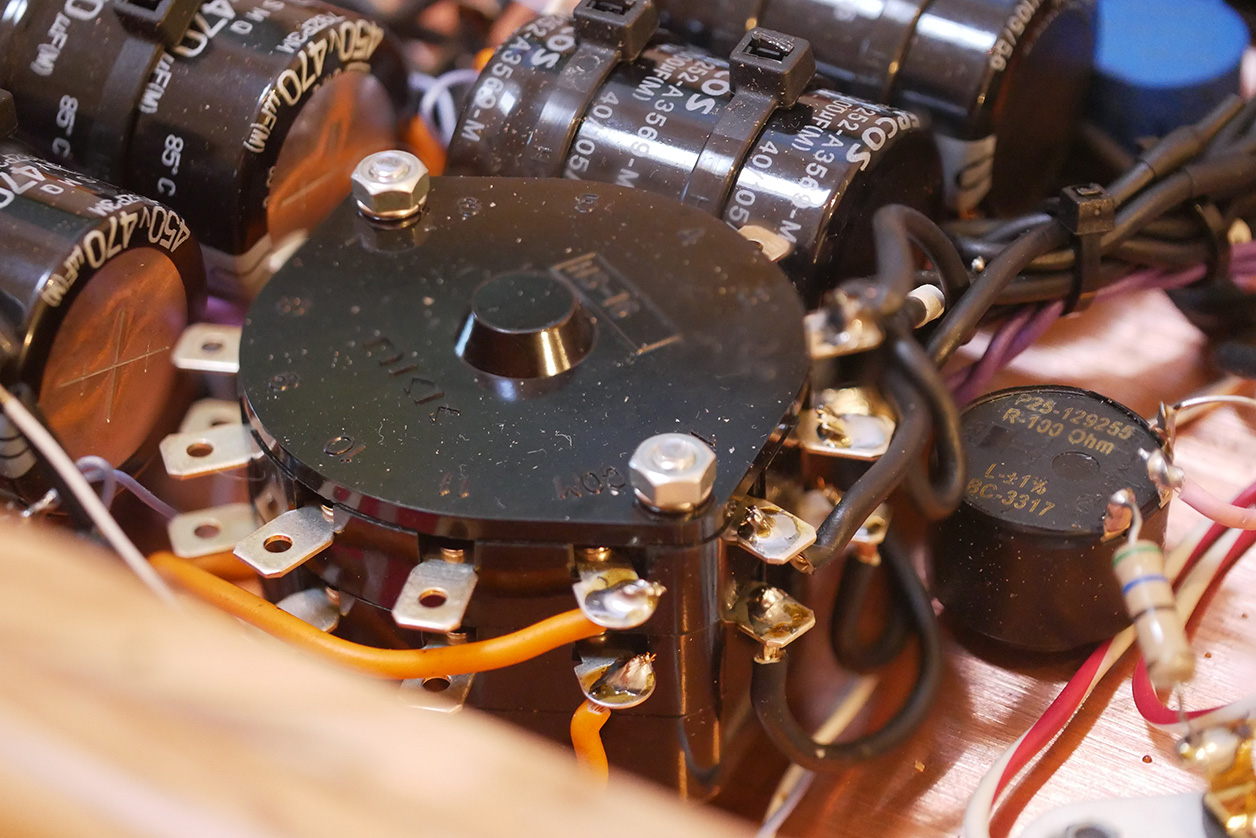 Now we flip things right-side up to enjoy the tube show.