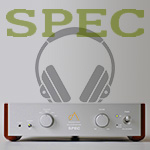 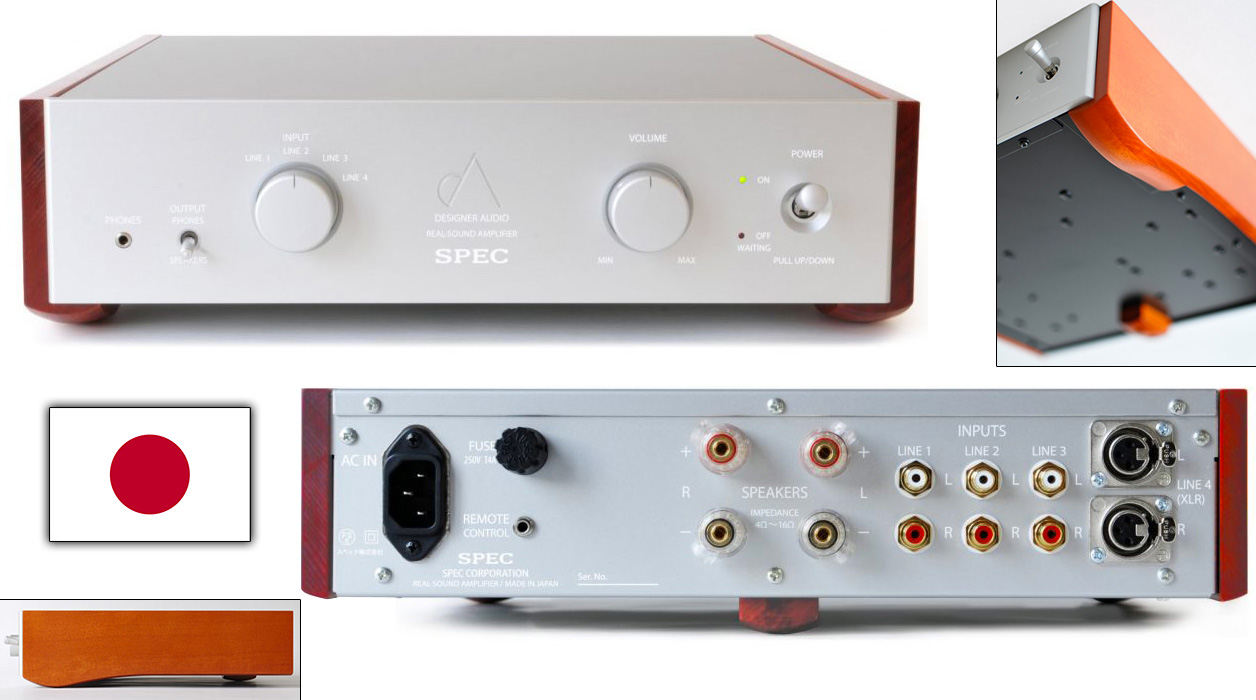 The emailer was Tsutomu Banno from Japan's SPEC, an upscale class D house who do things differently. "We are preparing an RSA-777EX for your review. It sounds natural and responsive and with it, headphones have the same taste. They share the power supply and electronic volume of the main amplifier but are then driven by a dedicated headphone amplifier. Your sample will be shipped by Hontani-san of the MuSon Project Inc. as our export agent."

With this making six reviews for six moons, SPEC are no strangers to our long-term readers. In fact, our last review, of their flagship 300-watt RPA-MG1000 monos, had netted a Blue Moon Award from senior writers Marja & Henk. That was soon mirrored by Wojciech Pacula's Gold Fingerprint award from Poland's High Fidelity. Sonic greatness translates into all languages.

If you're a headphone and speaker listener with a smaller wallet meanwhile, already their RSA-777EX has you covered. That's the sand box we'll be playing in today. 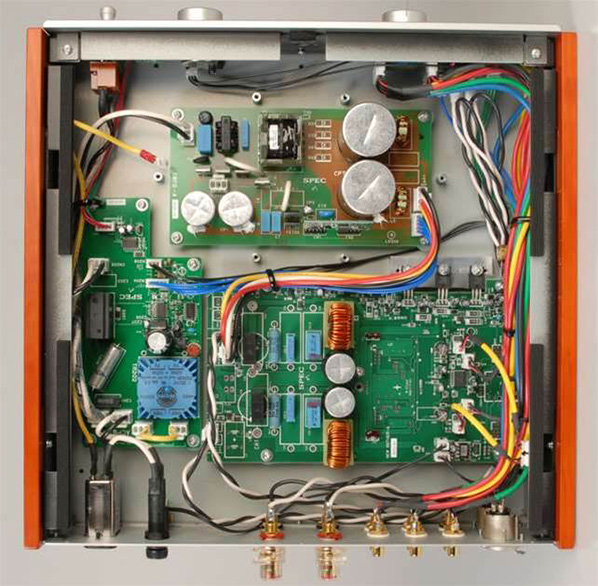 One glance at Yoshi Hotani's portfolio suggests rather exotic brands including major tube electronics from Air Tight, Takatsuki and Triode Corp. That also describes SPEC whose sonics are modeled on, yes, vintage valve amps. Tube sound from class D? Should that intrigue even irritate, read on. This is an altogether different addendum to the book on class D as written by Hypex, ICEpower, Ncore, Pascal and Purifi, the latter very recently profiled. SPEC don't pursue lowest measurable distortion or ultra-high feedback. They believe that in the natural evolution of sound, tubes were the beginning, traditional transistor circuits followed and class D is the logical next step which begins where tubes left off to virtually skip over the intervening era. Yoshi's portfolio also includes headphones from Japan's Crosszone. So naturally, their €900 CZ-10 would become part of today's assignment.

Tsutomu Banno: "The separate headphone amplifier consists of an op-amp circuit to deliver 105mW into 30Ω, 120mW/50Ω, 125mW/100Ω, 95mW/300Ω and 60mW/600Ω. Because it is analog, we tuned this circuit in the usual way. An important factor for sound quality is the power supply. By sharing the switching supply of the main amplifier, you could think of it as seriously overbuilt for headfi. Another important factor is volume control. We believe that routing the audio signal through a mechanical volume control reduces the sound's freshness. So our headphone signal branches off from the main electronic volume control to benefit from the quality of our resistor-divider network. Now the sound quality never changes regardless of the encoder knob's position even at very low levels. On these two counts, the headphone output is exactly like the amp's speaker output and realistic enough to reproduce fine signals well."

That main amp's class D power stage uses tiny Infineon Fets. Those can scale signal amplitude up to 300 watts whilst producing hardly any heat. That allows SPEC to couple spruce and maple tone-wood panels directly to their hermetically sealed chassis without any air vents. Special paper-in-oil coupling capacitors are built to their specs and the power supply capacitors are from Nichicon called hibiki-ichi meaning vibrancy. [Photo of the RSA-717EX precursor]. Even their metal-film resistors are proprietary to underline how for SPEC, it's not just unique circuity but bespoke parts selection and resonance control which make all the difference.

Basic specs for 777 takeoff are 50/75/100wpc into 8/6/4Ω, 10Hz-30kHz ±1dB bandwidth, 0.02% THD at 80% output, high 37.3dB voltage gain and very high 300mVrms input sensitivity. Power consumption at idle is just 18 watts, ten times that at max output. The enclosure is 35×9.5×37.5cm WxHxD and a mere 7kg since this switching power supply needs no heavy transformer nor the class D outputs any heat sinks. The optional remote wand and IR interface box sell separate. The latter plugs into a rear port on the amplifier to keep its circuit separate from the signal path.