Hifi. It's short for high fidelity. But fidelity to what? The recording? Now we mean the choices of the recording/mastering engineers. Were those of high fidelity to the musical reality? Or did they pursue a better-than-life alternate reality? It's not a frilly question. A violin's F holes face upward, away from the listener. If an orchestral recording includes ceiling-hung microphones, they hear all violins very differently. In fact, any close-up microphone captures sounds where no human ears ever are – except perhaps for the actual instrumentalist or singer but never the audience. By design, such choices skew recordings away from what one might hear in the very same venue with just two ears suitably distant from the stage. The whole suite of mixing-console manipulations change those data into what the sound engineers envision the playback experience ought to be. It's a construct of creative imagination based also on the verity of the near-field studio monitors they had to track their machinations. 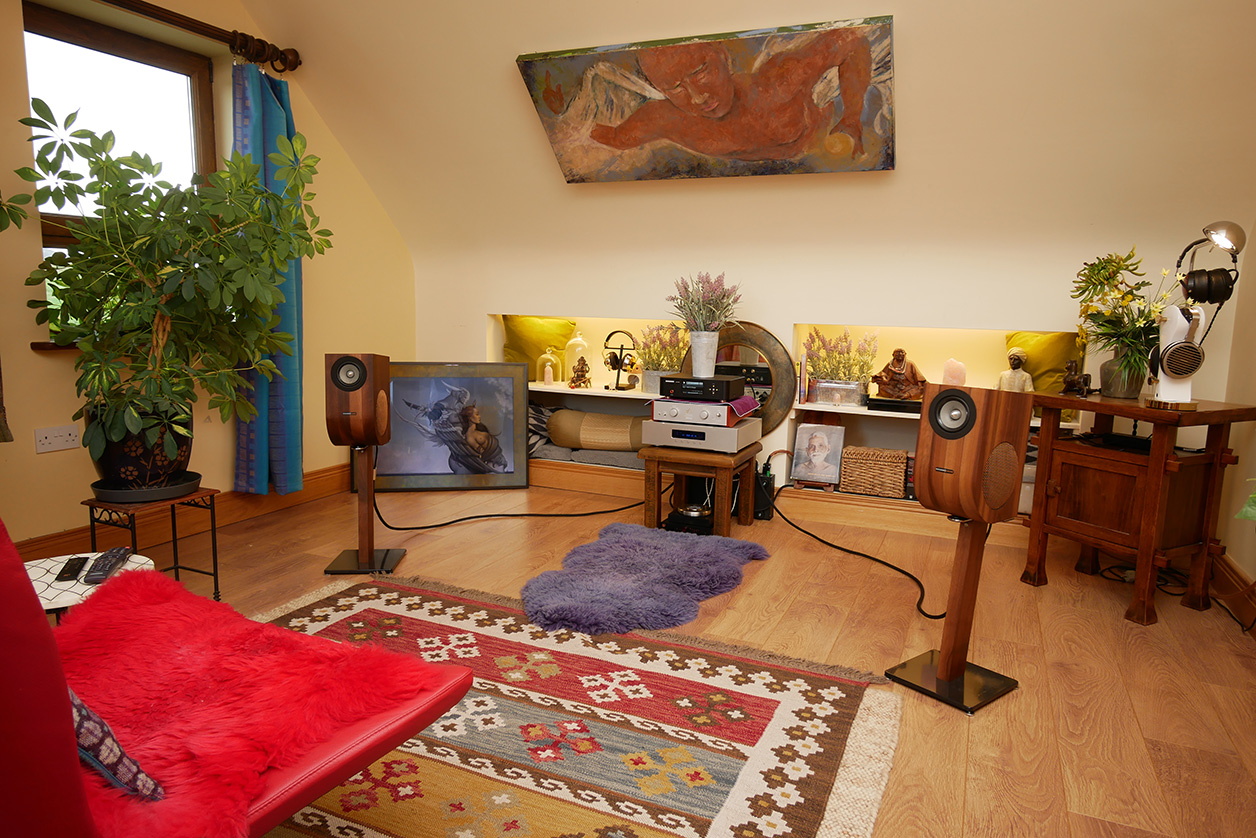 Combine close-mic'd recordings with fast wide-bandwidth electronics and transducers of zero energy storage like our Raal Requisite floating nude ribbon ear speakers. The upshot will be detail density so far beyond what one ever hears live that it's difficult to process for any length of time without suffering sensory overload or turning the volume down. That experience is very much of an alternate reality whose micro detail, sorting precision, separation and layering all operate in a much higher realm than live music. It's thus fair to say that with the proper intention, source material and strategically picked hardware, playback can be styled to improve/elevate particularly the quasi visual elements of live music. Those are imaging, staging, separation, outline sharpness and location specificity. It's the tribe that's lost when a multi-sensory experience is reduced to just audio data and particularly when it's the eyes as our primary sense we must suddenly do without. Part of the fun of a modern hifi is the ability to virtually see sounds and how very precisely they organize on a virtual stage in 3D space.

That's different from even eyes-open live music. Yet it fills holes in the playback experience which lacks video.

Against this backdrop, one suspects that team S.P.E.C. voice their electronics against a live-music reference. Albeit in a necessarily very generalized one-size-fits-all fashion, this intentionally corrects or compensates for certain infidelities of modern recording practices. I say this because listening to the 777 versus our Bakoon AMP-13R—just €500 more but with remote control, exactly half the power—demonstrated clearly lower levels of virtual visualisation cues: less detail, less sorting separation, less layer specificity, less spatial particulars. In modern hifi parlance, this meant lower resolution by way of less intense close-up magnification power.

Continuing with our musing on high fidelity and what it is true to, this meant that for an organically cohesive rather than separated teased-out panorama, one could justifiably claim that the 777EX expressed more fidelity to musical rather than recorded fidelity. Perhaps due to a past life, I'm very fond of Wael Jassar's Arabian vignettes from his Collection album and the longer but similarly styled tracks on his Fi Hadret El Mahboub albums. That's musically speaking. My inner audiophile is annoyed by the often excessive reverb the recording engineers inject around his voice. On the Raal headfi which represents our most extreme resolution magnifier, this excess is maximally exposed. With the S.P.E.C. amp's far lower separation looking at the same scenery from farther away, it blended more into the background. Now the vocals enriched as intended rather than split off into two discrete entities. No more ghosts circling the singer.

In terms of fidelity to the recording, the Bakoon was patently truer. It was possessed of the higher fi factor because that stuff's on the recording. You just need a microscope of proper enlargement powers to see it fully. In terms of serving the music and my enjoyment however, I could say with equal sincerity that the S.P.E.C. was superior. That's a roundabout way of following up on the intro page. There I wrote that in the book of class D, S.P.E.C. are penning a very different chapter from Hypex, ICEpower, Ncore, Pascal and Purifi. In their review, Marja & Henk compared the company's flagship to their Ncore and 300B Audio Note Meishu amps. They concluded that the S.P.E.C. monos were ultra-powerful no-noise superior triodes. I no longer own tube amps.

What I can say is that the RSA-777EX too sounded unusually thick, saturated and muscular whilst raw resolution wasn't very high. That meant an altogether different aesthetic which prioritized chunkiness of tone, strength of colors and interlocked not separated performers. In terms of perceived speed, music progressed through time more leisurely and relaxed. Talking of fashion models, this represented the antithesis of the unhealthy ideal of the adolescent anorexic.

This was a mature example of that industry's big-is-beautiful counter movement like this meaty track from Roberto de Brasov and Koby Israelite.