To illustrate the zooming effect which heightened resolution can apply to particulars of complex music to let us comprehend them more, consider this clattering duel of the two Romanian cymbaloms. There are 44 musicians on stage which the camera shows here and there before it zooms back on the hammered dulcimer cousins. Remember, the audience sat much farther away. They only had the full-stage perspective to work with. That's exactly the perspective which the S.P.E.C. integrated maintained.

If one correlates ultimate speed with mastery, all other instruments must eventually be subservient to the cymbalom as played in Romania and Hungary but also Iran. To hear all of this rapid action in its clearest form relies on spot microphones and a hifi set up and configured to recreate that nearness. If you enjoy to mentally zoom in on specific instruments within a melée, it's like trying to follow a private conversation in a busy restaurant a few tables over. You must zone in and focus down to exclude the competing distractions. With S.P.E.C.'s signature thickness and density, you won't get as far as, or must apply more effort than, with more transparent resolved gear. One key question would-be buyers should ask is whether their listening involves more of their discriminating faculties—virtual seeing, mapping and comprehending of musical structures and details—or instead prioritizes merging by wishing to become one with the music and drown in it. Those are two very different but equally valid experiences. By now it goes without saying which one the RSA-777EX is more conducive to.

If we take the Rouh Trio's inspired instrumental cover of two famous Arabian songs, the S.P.E.C. will particularly soften the snare aspects of the cajon and the snappy crackling on the bongo skins. Their transient brightness gets softer and more diffusive. Many listeners are very sensitive to such brightness to perceive it as hard and aggressive. If that's you, the RSA-777EX won't give you any trouble. If we skip speaker bail to consider headfi with its far more direct and intimate perspective, that has obvious benefits. Even a Sennheiser HD800 or Final Sonorous VI which adds balanced armatures to dynamic drivers become mellower. They get more toneful than blistery, more earthy and robust than expansively spacious. That's true despite not using the same output stage as the loudspeakers. By the same token, with the Crosszone CZ-10 reviewed here, a similar voicing compounded or squared if you will. That's how selectivity—exactly how one combines diverse hardware—explores the whole roster of  "50 shades of grey" between the polarities of black and white. You determine where you wish to be. Using S.P.E.C. amps to drive 109dB sensitive Avantgarde spherical hornspeakers like Marja & Henk did will be a quite different meshing of qualities than using Harbeth box speakers.

Returning to the Balkans with the Orchestra Moldovlaska, we revisit such folk music's massive parallelism. Lots of instruments play the very same fast lines at the same time. If you didn't see it on the video, would you have recognized that beside the violins, accordions, brasses, clarinets and saxophone, there was a pan flute in the mix? Some people key naturally into the compound timbres created by paralleled unison passages and the fine shifts prompted when the mix changes. Others mean to dissect and recognize these stacked timbres like a chef who reverses a competitor's blended soup recipe. All of these music examples only show how the very same voicing applies itself to different facets of the listening experience. By now all the relevant points have been made. What's left to do is assess the relative magnitude of these core qualities. How strong are they vis-à-vis certain other gear? Time for the downstairs system.

Here the RSA-777EX moved in behind the XA30.8 class A Pass Labs on small-detail retrieval which itself slots behind our class A/B LinnenberG Liszt monos. As standalone amplifiers, ours still needed a preamp. The S.P.E.C. did not. On perceived warmth, the Japanese uni-boxer took up the middle position but was clearly much closer to the Pass than cooler LinnenberG. On tone density, it was virtually the Pass' equal though took slightly higher SPL to make it so. Where the unusual class D amp still differed from the others was in the subjective feel of distance to the musical action. It felt farthest behind the speakers. This created a typical mid-hall concert perspective. The musical action of playback also happened way over there, not here. This is not a forward amplifier. 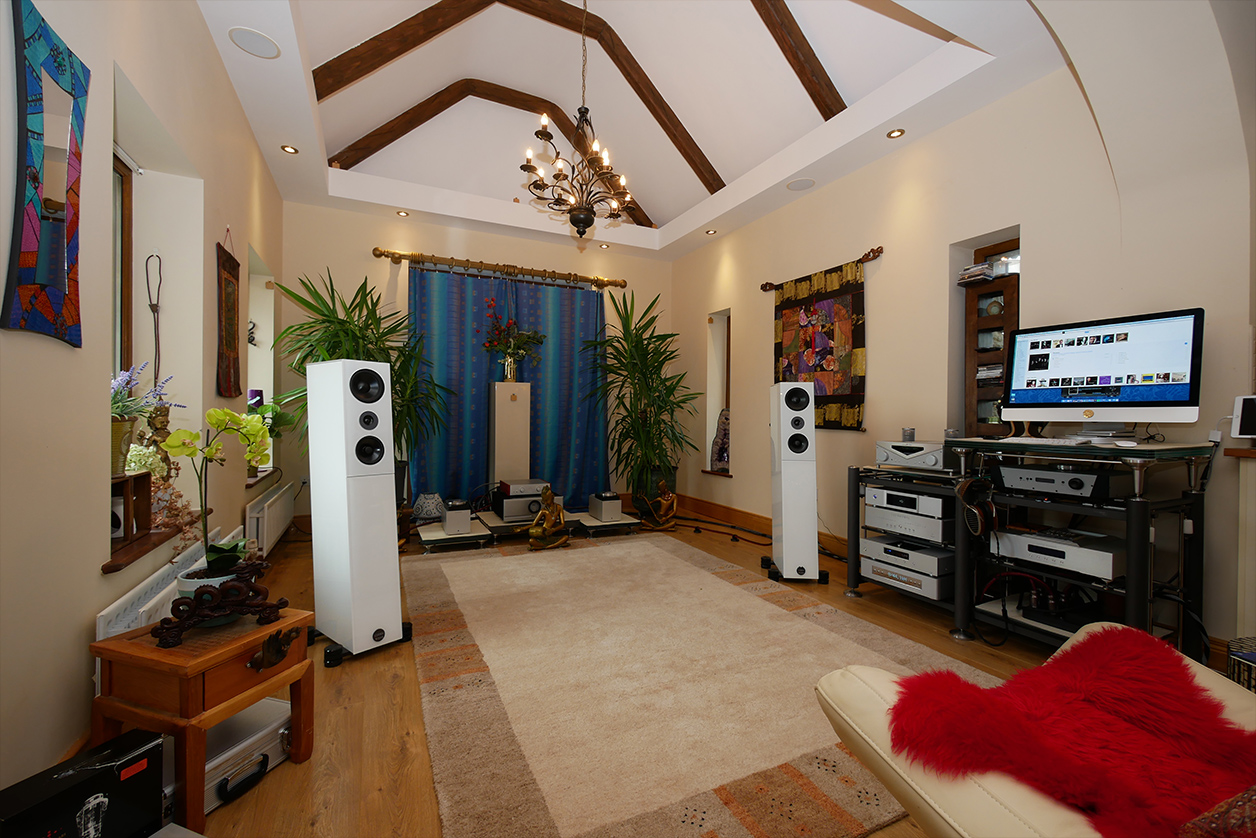 On sonic positioning, I thought the 777 a virtual stand-in for premium class A amps, not an honorary member of the Swiss school of ultra-bandwidth DC-coupled class AB. Considering how S.P.E.C. achieved this without doubling as a space heater—your room temps won't rise by even half a degree—and from a chassis whose cubic volume was about 1/3rd of the Pass, its weight a mere fraction, denizens of hotter climates and tweakers of weaker backs will say silent hallelujas. Ditto those who prefer a lower box count. They will delight in seeing the preamp category retired.

Consider what a proper 50-watt class A rating would cost you.