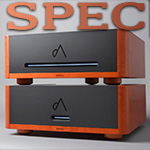 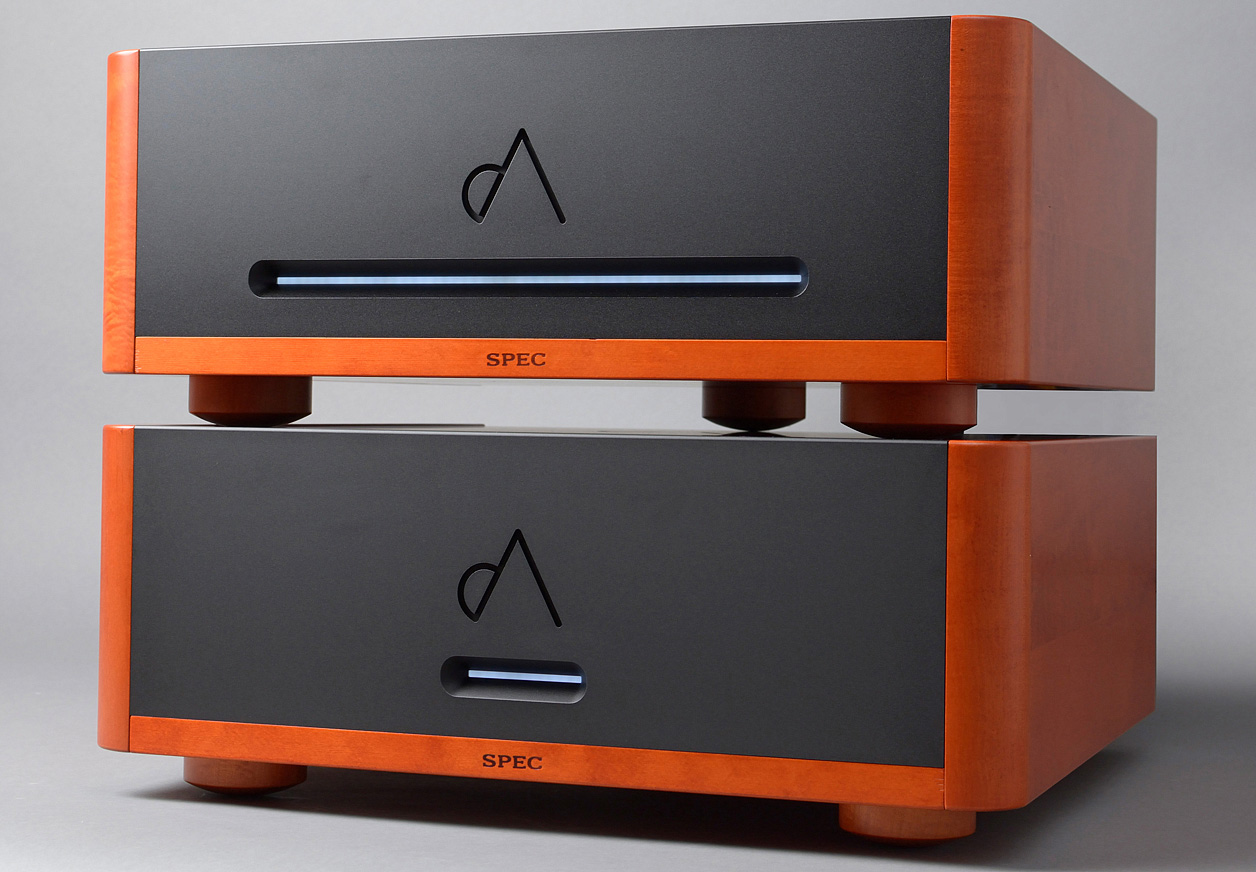 Our first encounter with SPEC Corporation was at the 2018 Dutch X-Fi show. From our report of the event we quote: "For us, hit of the day was the room where SPEC electronics of Japan combined with a pair of 99dB efficient Tobian Sound System 15HC horn speakers. The Japanese-Swiss combination sounded relaxed, in full control and most of all very natural. To support the launch of their all FET 300-watt monos with a fully sealed circuit board, director and executive officer Masaaki Nishimiya was present together with his chief engineer Tsutomu Banno. For analog duties they had the beautiful GMP-8000 turntable with gunmetal platter. Of course SPEC's Real Sound Processors connected to the loudspeaker terminals to absorb counter-electromotive current. On a glass stand we found a Telos Quantum Noise Resonator which 'uses a combination of resonance and noise and transforms them into light'. In any event, the room got our Best-of-Day-One vote."

When we were subsequently invited to review these RPA-MG1000 amplifiers, we were both excited and a little worried – excited because of the opportunity to challenge this very expensive amplifier in our own surroundings; a little worried because of the loudspeakers we would use. We like high-efficiency speakers. We use them all-out even in combination with high-powered amplifiers. Some of those only come alive with plenty of input voltage to result in extreme SPL. Only the best powerful amplifiers are capable of sounding great in first gear when seeing loudspeakers of over 100dB efficiency. Two of our horn systems rate at 106dB and 109dB reSPECtively. Our conventional dynamic speakers are 92dB. Anyway, we accepted the request and made an appointment for our Dutch distributor to deliver the amplifiers.

The day on which the black van pulled up, we received four large boxes and two smaller ones. Two of the bigger boxes put 27kg on the scale, the other two 18kg/ea. The last two weighed next to nothing by contrast. We undid the well-thought-out packaging downstairs to encounter double boxing containing a third Velcro-sealed stiff cardboard box with carrying handles. After hauling the heavy power supplies and slightly lighter power amplifiers up the stairs which only made them seem to gain in weight, they arrived in our main listening room.

SPEC's RPA-MG1000 are a rare phenomenon. Where most solid-state amplifiers follow the lines set out decades ago, our Japanese designers pursued a path less traveled. Their starting point was desire for a completely natural sound. But how to go about achieving that? They could have turned to a tube-based design like Kondo or walked a solid-state route preferably in class A. But no, the design team including Masaaki Nishimiya and Tsutomu Banno chose class D though not its plain vanilla version. Hence no Hypex, nCore, ICEpower or Pascal. SPEC instead went for the Infineon Technologies IRF6775MPBF Mosfet. This mouthful is a single metal-oxide field-effect transistor SPECifically designed for class D amplifiers. It is highly efficient and features very low THD and EMI values. Furthermore, it can be used in designs based on a so-called direct signal path [a power DAC – Ed] which means all internal components need to have the shortest signal path to work with a clean waveform for the best sound. Japanese company Pioneer literally pioneered this circuit design and SPEC's design team took it further. Is it any surprise that the same team used to work for Pioneer before starting SPEC Corporation?