It's a whale. That was our Pass Labs XA-30.8 stereo amp which now really did dwarf Morpheus. Yet this combo sang ideally. 20 class A-biased output transistors per channel built out dynamic range and a bottom-up anchored perspective. Sonnet contributed speed, resolution and rhythmic perspicacity to keep mass and weight on a dancing not dragging foot. 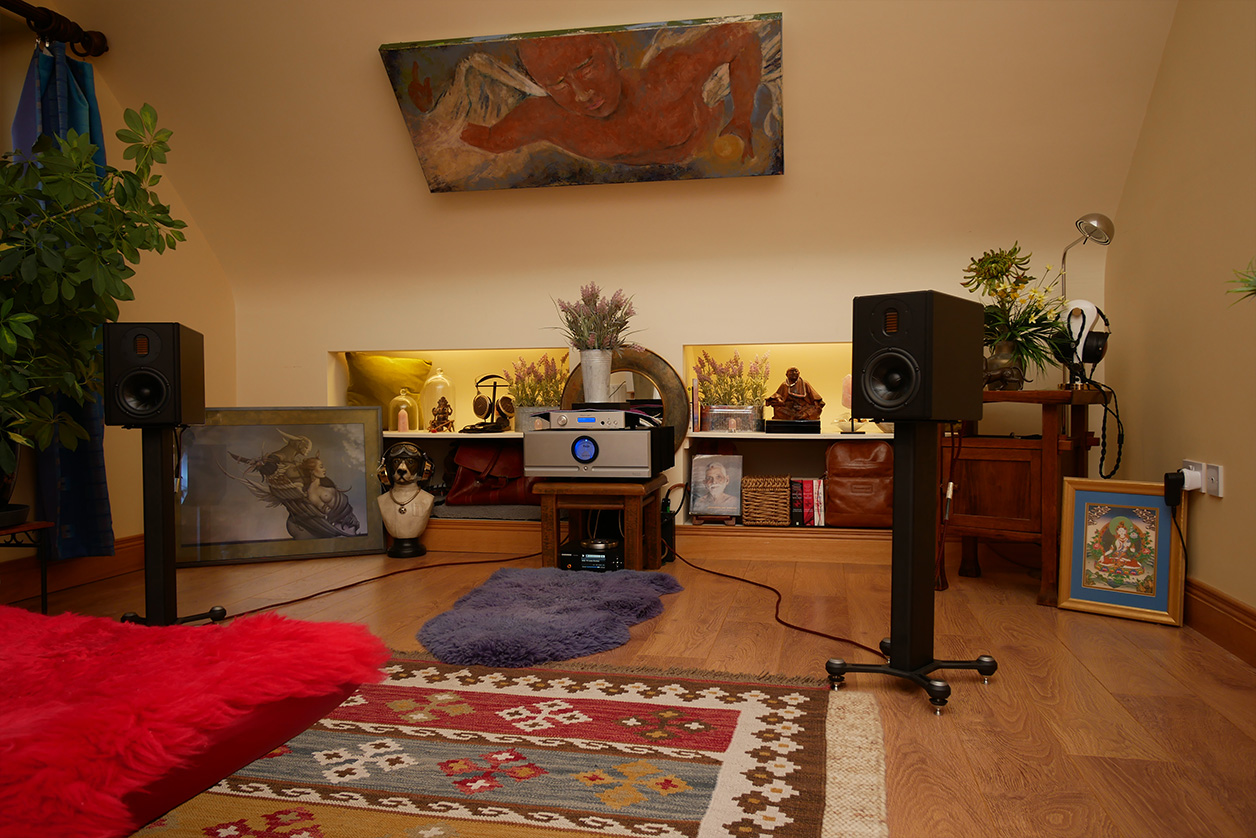 This was key on a recent software acquisition and new artist for our library's Middle Eastern section, Abeer Nehme's Hikayi album here with the slow burner "Kil Ma T'illi". I truly delighted in her fine control between the wispy, coquettish and maturely restrained, the latter of which she merely hints at in her low register. Having a cello show up in a popular song was mere icing on this cake which Morpheus kept properly aerated to avoid getting cloyingly sweet.

Moving west to Greece and its laiki god George Dalaras on his new Erotas | Tipota album with its "Desmos" closer, his low register had incredible guttural not just throat weight whilst the bouzouki glittered without turning glassy. Again the Sonnet/Pass combo interleaved brilliantly in this game of not polar opposites but complementaries.

From Greece to Spain…

… was a mere click on the remote to arrive at Antonio Rey's Dos Partes de mi flamenco album with its adventurous harmonic progressions. The rumba "Mi Luisa" is a lovely example and filled with small unexpected turns of phrase or chromatic scale not just in the melodic but in the bass lines. Being able to follow the latter so clearly by simply focusing my attention was key to fully appreciating those clever bass tendrils.

For more displays of such musical intelligence, another recent acquisition was this natural follow-on of Robert Schumann's "Nachklänge aus dem Theater" made over by the Marcus Schinkel Trio with monster guitar manouche player Joscho Stephan on the extra seat. He opens up with a deceptively easygoing bossa-ish rhythm before turbo boost kicks in, albeit with always spot-on rhythmic tension/timing no matter how complex the licks.

'Musical intelligence' really was the key term above. Participating in it fully relies on being able to go down to those roots. And that relies on a source which doesn't bury a thing since nothing subsequent could ever recover it. Doing such dentistry with elegance and panache rather than clinical sterility is simply where the advanced stuff earns its higher pricing. Here Morpheus rather piled it on considering its friendly fare. Just then reader Lucas Basler checked in. "I own a Metrum Adagio which I like very much except for being a tick too 'neutral' or 'not warm' enough. I use it as a preamp for my Thorens TEM 3200 monos you reviewed as well and wondered whether I ought to add a valve preamplifier. If I understood correctly, you wrote that compared to prior Metrum converters, Morpheus has more tone mass and perhaps also sounds a touch warmer. Is that really so? And resolution isn't affected? Until the end of November, Sonnet have special pricing so I'm thinking to compare Morpheus to Adagio and perhaps replace the latter." I didn't think that Morpheus could stand in for a valve preamp but having in the Vinnie Rossi L2 Signature perhaps the best such example on hand, I only had to move this show downstairs to find out for certain. Suddenly the job description for my final page had materialized.