With its Hex-reminiscent but lower three-quarter width, Morpheus played pilot fish picking off parasites to the reef shark of our COS Engineering D1. That sleekster hovered atop Crayon Audio's CFA-1.2 integrated with its volume bypassed. Speakers were Cees' own heavy-metal-jacket Acelec Model One. Those had permanently joined our hardware collection after their review. At €9'000, our shark would devour three such pilot fish for breakfast. Sonically alas, its big appetite went on a fast. The smaller fish was every bit its equal. Wiring up Morpheus via Allnic AES/EBU cable to a Soundaware D100Ref SD card reader which fed the COS coaxial S/PDIF; and via RCA to the neighboring input of the Crayon to need just one press on the latter's remote to toggle… these two variable sources switched instantly for easy A/B to tell that tale. 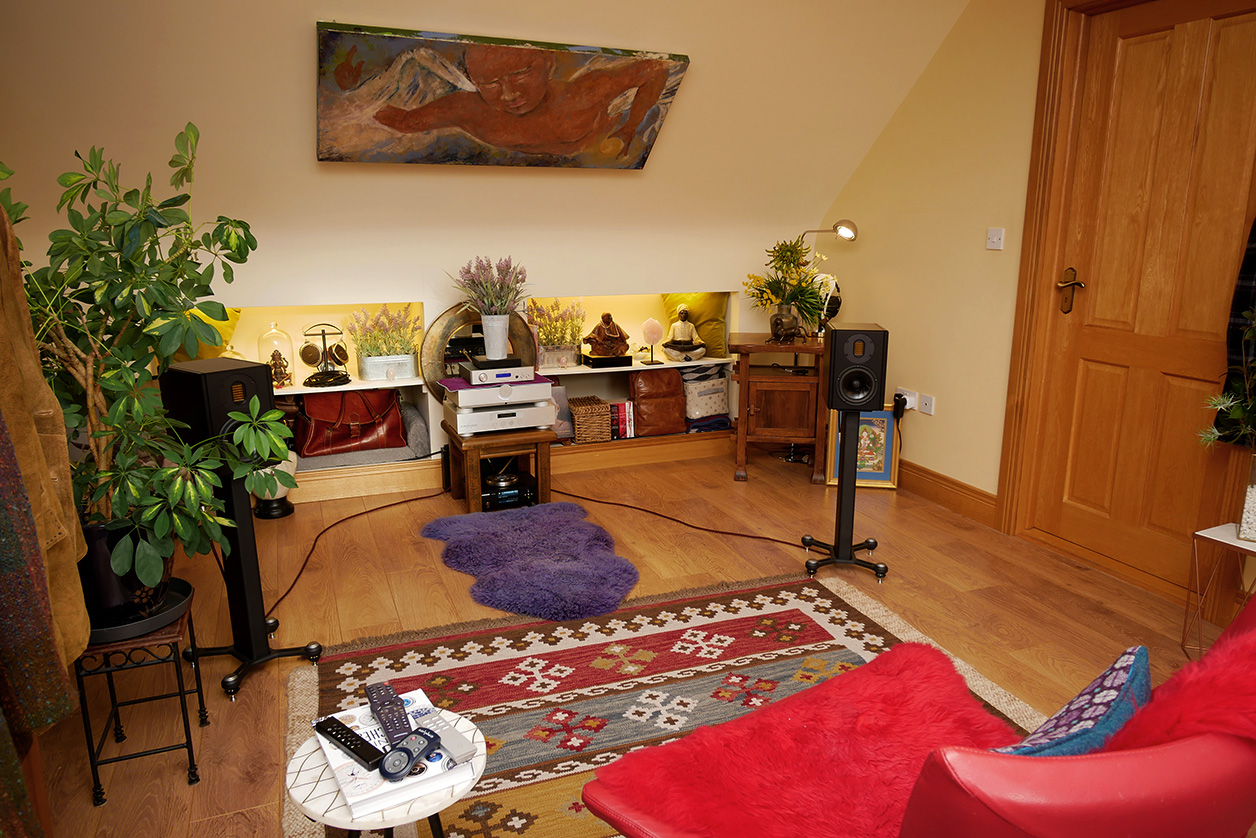 In fairness to Taiwan's COS Engineering, the D1 will soon be overtaken by the D10. At €5'000 with a chassis of more cost-effective assembly, it'll still add comprehensive headfi over its elder plus optional phono and streaming modules. But I didn't yet have a D10. Thus going tooth for tooth on sound but Dutch on the bill took a huge bloody chunk out of the big COS. There dual-mono Burr Brown chips run into a switched precision resistor ladder for analog attenuation. Of course the D1 chassis represents higher hifi jewelry and RCA/XLR analog inputs build out classic preamplitude. Yet for those pure digital systems, saving 2/3rd of one's budget wouldn't miss a thing. 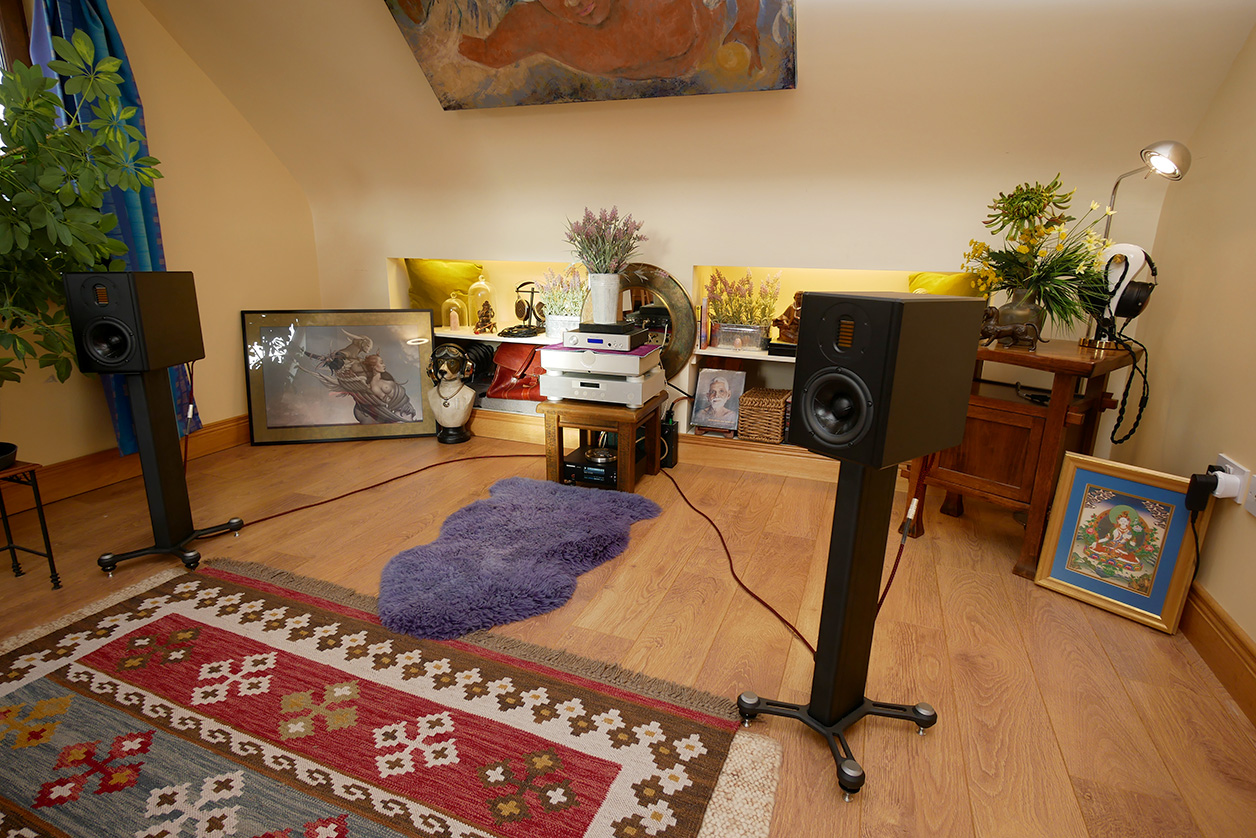 In the absence of a hard comparator from the Cees Metrum era, this suggested that he'd managed to lightly activate the quasi passive aspects of his earlier designs. Those had prioritized resolution and quickness over tone mass and weight. In that sense, they'd behaved more like fixed converters run into on-board passive than active linestages. With the COS D1 leaning into the lit-up quicksilvery side of things, I qualified this activation as 'lightly'. Morpheus still wasn't a Venetian CanEver ZeroUno DAC where transformer coupling invokes deliberate tube sonics for a warmer denser voicing. Just so, a small lipo injection had taken place. And that gain in body put any prospective advantages of still off-boarding one's preamp functionality at a further distance. So I expect that most Morpheus candidates would forego a separate preamplifier and handle their D/A conversion, digital source switching and volume regulation all from this one machine. That makes its €3'500 ask doubly attractive. 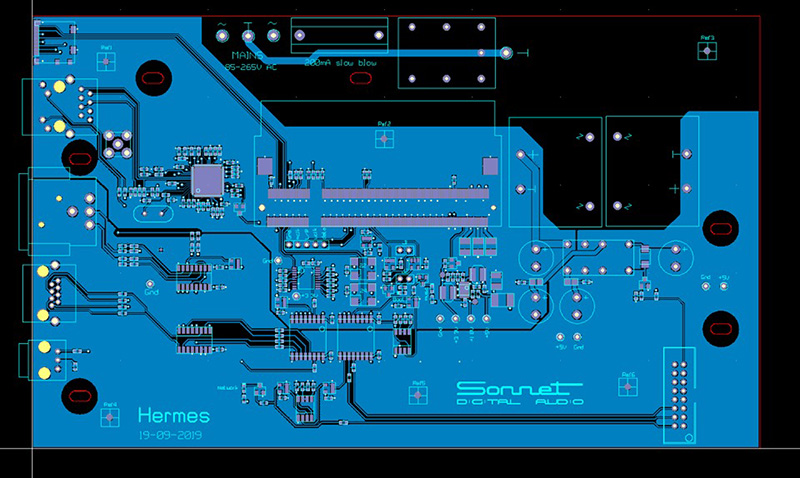 [Board for Hermes streamer at left.]

In concert with a fast wide-bandwidth amplifier and monitors of good transient precision from a rigid non-ringing metal enclosure, AMT and minimum-phase filter, the fact that Morpheus introduced no energetic drag either telegraphed as high percussive precision. It included the ability to go medieval on compressed fare whose synth drums are trained to behave like automated jack hammers.

To my thinking, that's an expression of a clean impulse response and in general easier to get from single-driver or simple 2-way speakers with minimal phase shift.

Call it beat fidelity or PRaT. It amounts to the same: crisp time keeping and nearly vertical leading edges which align and sort precisely in the temporal domain.

At first, that might seem like a different type of sorting than very specific well localized imaging. After all, one operates in time, the other in the space of the soundstage. But human hearing fixes aural locations—where exactly sounds originate from—by their leading edges.

Higher fidelity here is automatically also better assignation of place, thus an unconfused view on what's where when things get convoluted and dense. If we call it separation power (it is), it tends to suggest a dissective analytical process. But recognizing, instantly and easily, where images locate is simple insight as a result of higher intelligibility. It's not a process which laboriously strips one thing from another to see what's underneath or behind it. It's not the gradual gruesome work of a coroner. It's like a perfectly dark room and suddenly a light turns on for just a fractional moment. It illuminates everything, at once.

Better timing works similar. It's not fuzzy, indistinct, soft or gradual. It's an expression of speed. Like its Metrum predecessors, Morpheus was a quick type. Its gains on body and substance didn't undo or weaken that quality. 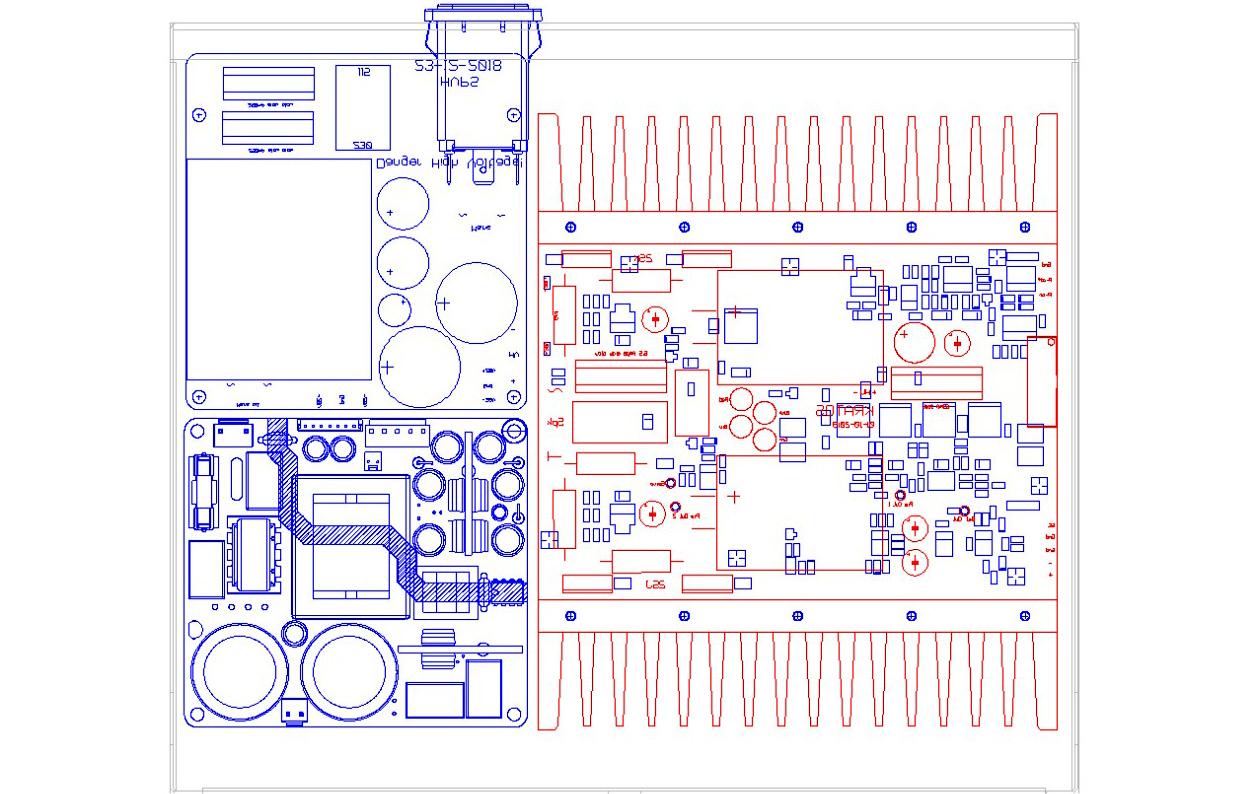 Or as Cees put it when I emailed with a question on Kratos above—I was too early—"there was something remarkable on page 3 of your review where you mention the possible difference between Adagio and Morpheus. You must have a strong reference somewhere in your head because you nailed it. I think that Morpheus is also more polished than the previous designs."