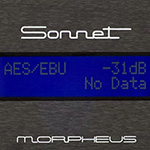 The blue or the red pill?

July 31st. Synchronicity. When it happens, it's a bolt of lightning only you can see. Wondering what had happened at Metrum Acoustics since the ownership change of a year ago, I had logged onto their site to feel none the wiser. Less than two hours later, Cees Ruijtenberg's email arrived. "It's time to inform you of new things and also of Metrum. I'm getting worrisome feedback. Old customers mention that the soul has gone from the company. I've also not been asked to create any new products. Hopefully they recover. If not, I'm willing to take on support if necessary. It would be most sad to see this brand falter after my nine years of hard work to bring it to the level it was at in the summer of 2018. One year ago I was still full of ideas so started a small loudspeaker line just to use my creativity and have some fun. The first, the passive Model One, will launch in a few months. The active Model Two is currently moving from studio to studio for evaluation. The Model Three will be a full digital system which is in progress now."

"I also started Sonnet Digital Audio to use the next-gen DACs I developed for the Model Three. This is a joint venture with the firm who made my housings for Metrum Acoustics. I've known their CEO Lion Kwaaijtaal for 29 years. Based on our no-nonsense approach, it's fun working together. My plans are to send you my first set of passive Acelec Model One speakers as soon they're ready. Later we'll supply you with the new DAC and maybe some other products." Given the design DNA, it's no surprise that Morpheus would be an R2R DAC with variable reference voltage. It enables lossless volume control based on scaling the actual gain factor up and down so no bit decimation is involved. 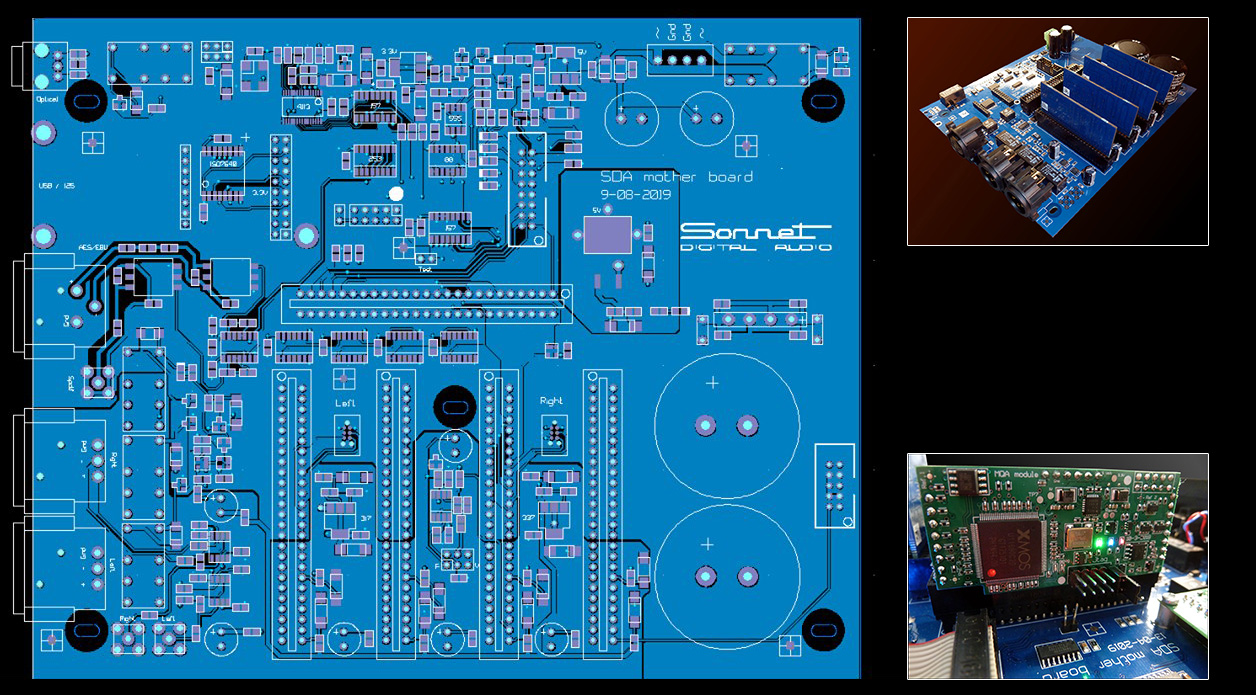 "The Sonnet range gives you more weight, body, tonal richness and a more natural sense of recorded space. To put it more plainly, it fleshes out your music. This new range does a wonderful job of presenting even the most complex music in a natural inviting manner with every last ounce of nuance intact. There's no artificial edge, no sense of flat cutout images, basically none of digital's nastier stuff. In some cases this can be accompanied by a somewhat dark and muddy sound. But that is absolutely not the case with the new Sonnet range. It allows you to hear deep into the recording and its quality. This is somewhat of a good news/bad news proposition in that you'll really hear what's there."

The new fully balanced digital cards plug in vertically to consume less space. Optional is an MQA card that's automatically recognized once inserted. (There was an earlier upsampler card option which Cees removed because its sound "seemed more restricted and less open".) "The display on the front panel will tell you when MQA content plays as 'MQA' or 'MQA studio'. MQA signifies an older enhanced recording, MQA Studio a modern recording where MQA was used during the entire recording process." 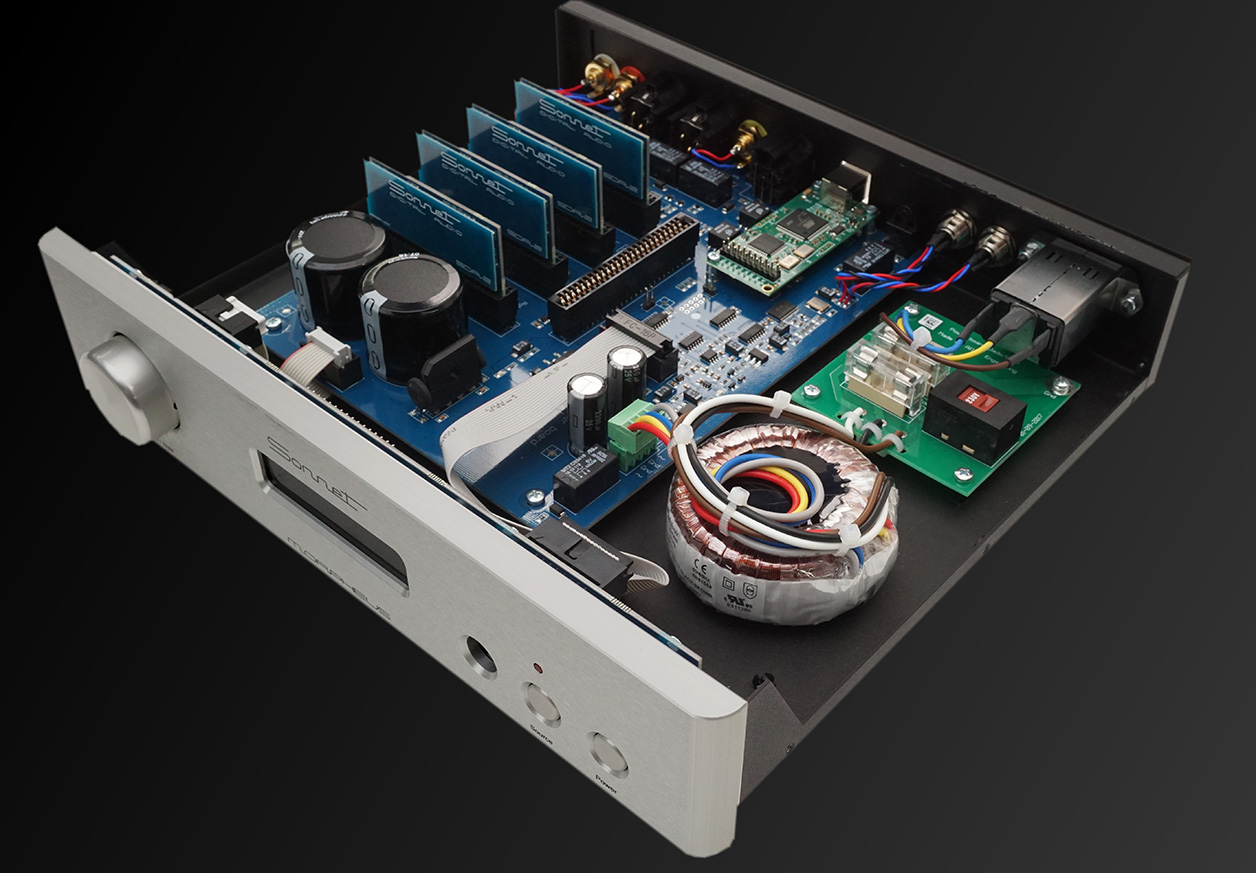 About the new converter cards, "our SDA-2 is a new module designed to get the best regulation possible. The result is extremely high linearity right down to -140dB. That gives our products a realistic 24-bit dynamic range. Each module has four ladders so each channel uses eight. Their power requirements are far lower than previous designs so we need just eight watts for all the electronics. One of the reasons is a new type of ladder driven from a new type of FPGA. Before we drove two ladders with one FPGA. Now it is four with improved software and an increase of S/NR by 6dB."

Thus the standard hardware inside Morpheus means two SDA-2 cards per channel. Those run in differential mode for -155dB S/NR relative to 2Vrms. Output impedance on RCA and XLR is the same 100Ω. Data support is up to 96kHz for Toslink, 192kHz for coax and AES/EBU, 384kHz for USB. The USB port can be replaced by I²S if so ordered. A matching 6-button metal remote control is included.

Given the back story, it's perhaps no surprise that the new Ruijtenberg converter would be called Morpheus. A new modular adventure awaits. Will you take the red or the blue pill? Both you say? Purple haze it is. Enter "performance level equal to Adagio/Pavane without their glass top and heavy aluminium casing. We try to be no nonsense." Considering how the Metrum Adagio sold for €6'950 in March 2017 when I reviewed it, Sonnet's Morpheus at €3'500 after VAT does a lot better than just try. If one visited the site of Sonnet's Aussie importer Sonic Purity in late 2019, one saw that Morpheus came in at half of their next choice, the Playback Designs Merlot, and at 1/8th of their top offering, the EMM Labs DV2. Between these extremes sat six other models from EMM Labs/Meitner, Mola Mola and Playback Designs. That was pretty illustrious company. Being cheapest then is a real compliment.