The majority of the rear panel is taken up by outputs divided by intended usage. Beyond using the Dp5 in its simplest form of advanced headphone amp, there are two main options. The Dp5 can serve as a single-box source streamer/server/DAC/pre to exit analog into an amplifier or preamp. It can also serve in an expanded setup when bypassing its DAC/preamp stage to exit digital into an outboard processor. For the first option there are fully balanced XLR and unbalanced RCA. As a pure digital transport, there is AES/EBU, USB B, optical, coax and I²S over HDMI. 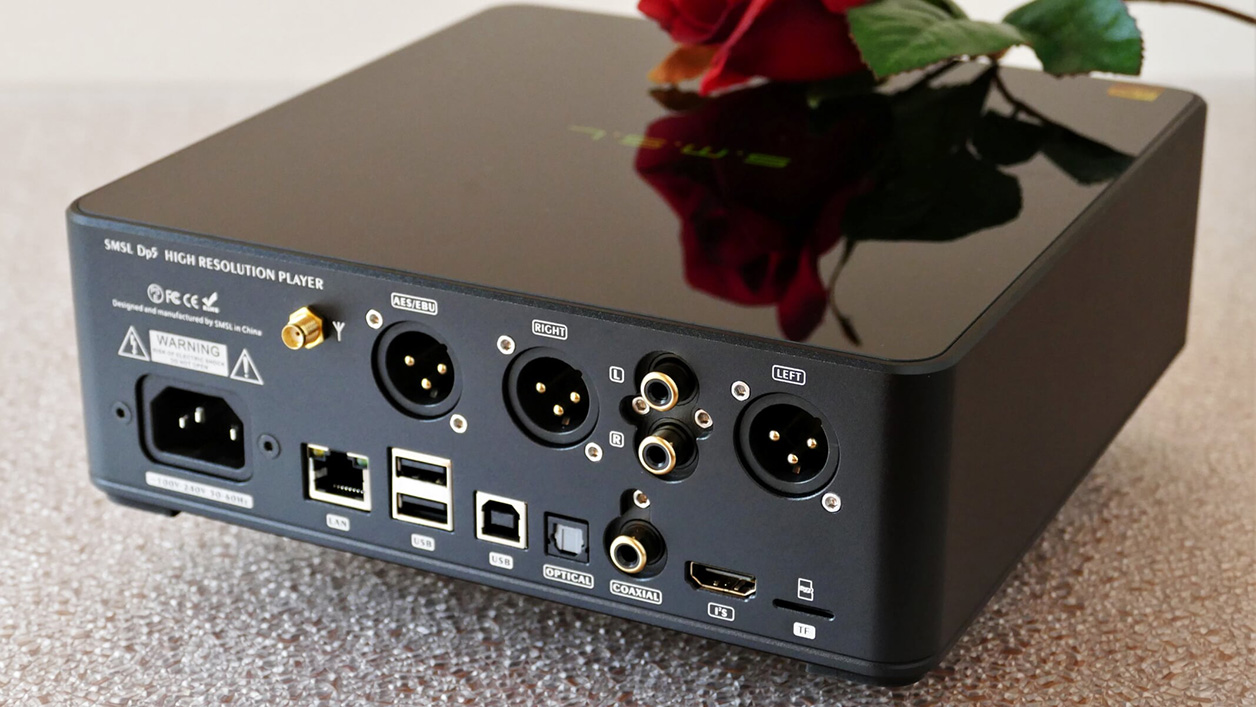 Time now to determine the musical input. The review process for these two products was so intertwined that I consolidated my musical selections. Because streaming was employed more as an aside than main focus, I took a detour from Tidal material to focus on server titles.

The 24/96 download Classica Espanola: Anette Maiburg from MDG saw extensive duty. This 2011 recording of loosely described Spanish chamber music hits all the audiophile check marks of superb fiery performances, dynamics, instrumental textures and hall acoustics. Reference Recordings' HRx edition From the Age of Swing is a master class in the recording arts. Keith O. Johnson captured the energy of big-band jazz in glorious 24/176.4. Wide dynamic range and rapid transients juxtapose against intricate microdynamics to make this a worthy and musically enjoyable challenge for any system. Pure Heroine is a 2014 recording by Lorde. Beyond the allure of obvious chart toppers, the rest of the album dovetails rather nicely with consistently interesting material. The engineering is tastefully compressed rather than wide open but manages very good soundstaging and massive bass power.

For individual cuts I chose from Winston Ma's FIM catalogue. From FIM SuperSounds III, "La Campanella" performed by Minoru Mijima captures the scale of a virtuoso piano in a lively venue at reference caliber. From This is K2 HD Sound, an orchestra in full dynamic flight is duly represented by "Symphonic Dance N°.1", a remastered Reference Recording of the Minnesota Symphony Orchestra under Eiji Oue. From Top 12 in Gold Plus, a bit of transient delight is afoot with the All Star Percussion Ensemble's breakneck version of Offenbach's "Can Can". With recording challenges selected, it was time for our S.M.S.L. duo to face the music.