A hifi is just another luxury no matter how important music lovers might call having one. Moving such luxuries just a bit more within reach has been Simon's mission from the start. So my review system will surround the i5 with the type gear actual shoppers might – a simple digital source and a pair of compact speakers. 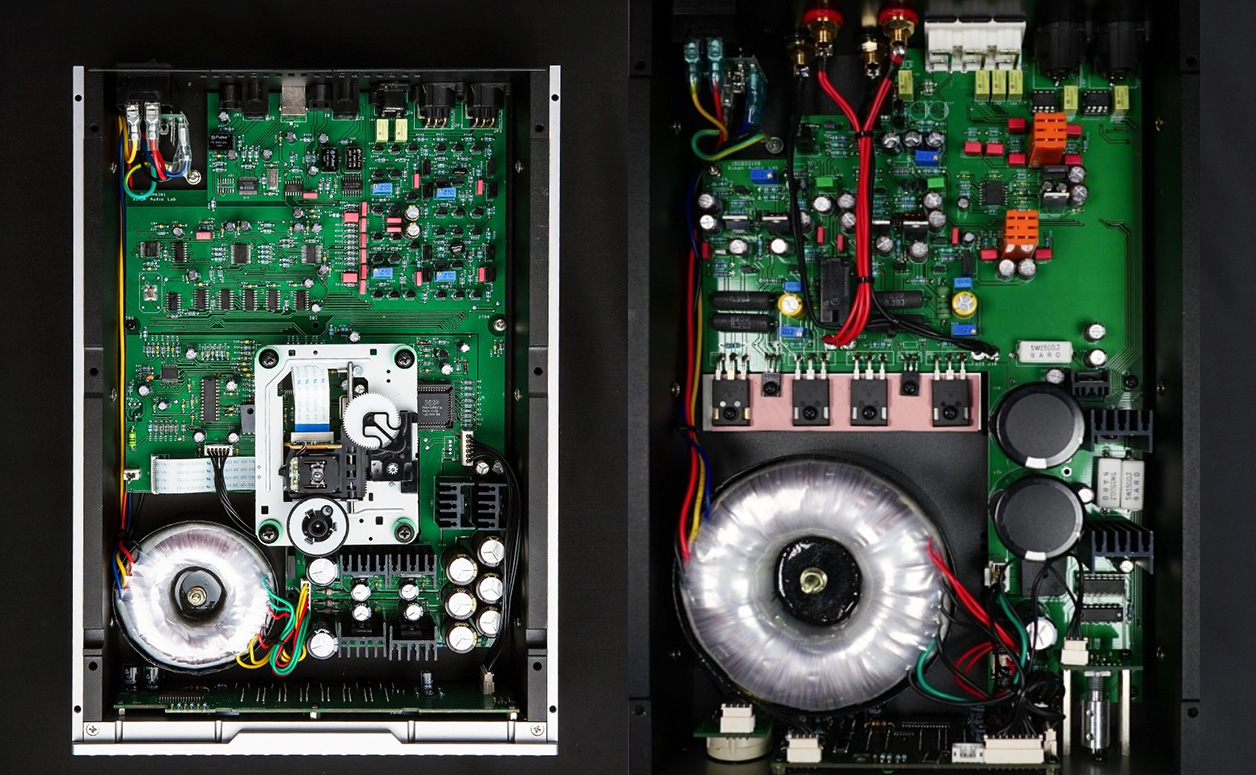 Looking at the i5's innards, we recognize the orange squares as the tops of Burson Audio discrete opamps from their V6 range. Simon's choice of 'Classic' not 'Vivid' tells us where his allegiances lie.

If you want to stay appraised of Simon's domestic activities, his Korean Cafe Naver pages always have the most current updates. Here Simon interacts with his home market to develop new models using a crowd-funding approach of pre-allocated sales. By early 2020, those included the Philia tube integrated amplifier, a transport-only version of the CDA5, the D30 DAC/network player below and the simpler Talia and Sylvia speakers. Globally available models feature on his formal website. At time of writing, these included the two 3 Series components at left as the P3 full-size balanced preamp with 1MΩ input impedance and the S3 150wpc class AB full-size amplifier using push/pull Sanken transistors and a Jfet input stage; and the Model One and Three speakers. Those wishing for a 'computer audio' front end to today's i5 should presently look at the D30.

As this photo from Simon's listening room rack shows, its foot print is matched to the 5 Series and its height equals the CDA5/i5 stack.

It also answers the question where the ¼" jack lost in translation from older Stello stack to present Simon Audio 5 stack would reappear. That functionality is now integrated in a comprehensively featured DAC with HDD/SSD bay to become a self-contained server/streamer.

Pure headfi listeners thus won't need a second component. One box from Simon Audio does it all.

If you're wondering about the original SAG logo, it's short for Simon Audio Group. "I still work with my hardware engineer Thomas who's been with me for 40 years. SE Kim for chassis engineering and my secretary are still here with me as well. So we're just four members and very small."

But if their plans are any indication, small they wouldn't remain for long, at least not their catalogue. Here we see what's planned just for the 'small but serious' 5 Series…