In no time on a Monday morning, I had my SE dream version spec'd out to fully loaded justification. He'd build me a unit with 2 x RCA/XLR inputs each, the latter electronically balanced to accommodate true balanced sources. For outputs I'd get the same plus my custom hi/lo-pass RCA. For sat/sub scenarios, I could run as I always had: low-pass the sub, leave the monitors wide open. Or I could filter the monitors and eliminate the impossible brick-wall ideal with a symmetrical cross-feed handover.

And, I could either bypass the sub's own xover or run it in series with the preamp's. That would stack 2 x 24dB/octave slopes of identical type. It'd double attenuation efficiency to mock up a quasi brick-wall effect for when monitors run unfiltered. I'd learn whether high-passing them would still work better. Now I had all the options to experiment without being locked into one.

Given 10 pairs of connectors plus extra filter PCB, the case would become Pál's big option. Once he had my specifics, he was off to his new laser engraver Dave of Ardron Engraving to add my back plate's custom markings to pending orders and pick up ready plates.

The refrain of 'lead me not into temptation' faded in my ears until there was perfect silence. Justified! 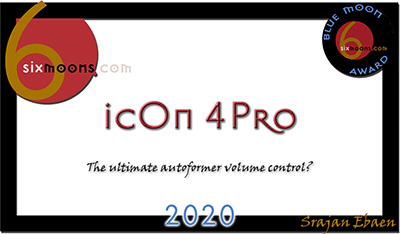 If you haven't read our prior icOn 4Pro review, we must recapitulate certain basics. This is a passive design. It uses multi-tapped autoformers for attenuation. They cover 68 steps plus 3dB of step-up gain above unity. The taps are switched by Vishay FET via the optical encoder or remote. They're absolutely silent in operation and unlike rotaries switch with an unlimited life span. Single-coil autoformers require two units for true balanced operation so four total. That's one option.

The other is electronic balancing by opamp. As a modular platform, the icOn 4Pro is custom configurable at order time. The client sets the desired combination of RCA/XLR inputs and outputs. Their number and type determine chassis size. The AVC may even be exotic silver-wired parts. Remote control is by pre-paired Apple wand. The MCU controller with custom code adds a mute function, ±7.5dB balance, display night mode, sleep mode and fast/slow responsiveness. There's even a smartphone app. The client may specify certain favored connectors like WBT or Furutech, whether an output is buffered… or, as it turns out, ask for actively filtered outputs. Pál was even considering optional firmware tricks like input level matching; and for reviewers and other crazies, 'blind' switching whereby you wouldn't know which source the device makes live to eliminate sighted bias. 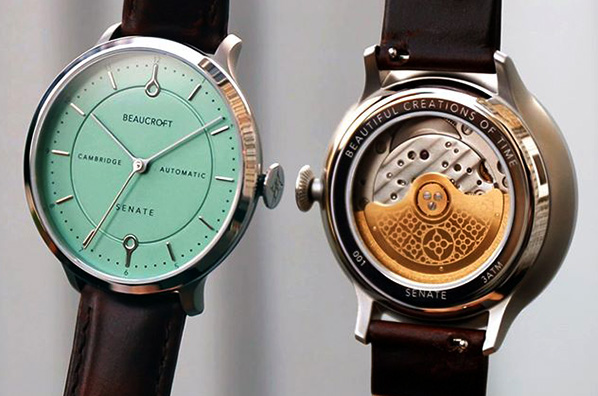 Whilst the Bespoke Audio Co. and Music First Audio offer customizations with transformer-based passives, their clunky rotary switches with optional stepper motor don't compete with Pál Nagy's 21st-century conveniences. The only alternative which does is the £8'000 Townshend Allegri Reference. But even that eats dust when the icOn 4Pro's à-la-carte approach thunders by at far lower pricing. If this mix of coin, performance and features has your attention, there's really nowhere else to go. Pál the impáler? He's originally from Hungary not Transylvania so perhaps not quite. What distinguishes his platform from the direct competition of AVC/TVC offerings is rather piercing though. This latest addition of actively filtered outputs hones it to a fine point. That justified writing about it again so shortly after granting the icOn 4Pro an award.

If you're just hands on, potential dealerships in select markets could provide some pálliation. The man hinted at certain developments. Meanwhile the original review loaner forwarded to a prospective client had stuck, thus found a new home too. Word was spreading on Pál the passifist who, in his favorite book The Alchemist by Paulo Coelho, would have to be the character Santiago. "It's the possibility of having a dream come true that makes life interesting."

If the icOn 4Pro SE were a watch, it'd be this Beaucroft Senate. Why? Another British micro brand simply from Cambridge not Manchester. It too combines a clean shape with quality parts—a Miyota 9039 caliber for 42-hour power reserve, custom-treated rotor, quick-release straps—then asks just £299. Rather spend lots more on a high-street quartz? Who's preventing you? To get this level of quality at this budget, quartz is simply not necessary; unless you want a fancy name brand.

Nice watches are a luxury. So is fine hifi. Neither mean one must spend as the glossies would have us think. Which, when it comes to precision high/low-passing a sub/sat system in the analog domain, could be the stout $3'000 of JL Audio's CR-1 external crossover. Bryston's and FirstWatt's were no longer made. All other current options I found are digital pro-audio kit like Behringer. True, the JL Audio has adaptive slopes and filter hinges to perhaps earn its keep. But I just needed one fixed frequency and type. The CR-1 would have been unjustifiable overkill, far bigger and taken up a full shelf whilst the icOn could coexist with the narrow Bakoon AMP-13R cheek to cheek. Tea for two? Here's a short video in which Pál documents progress on my build.

"Tomorrow we'll try to visit our family in Budapest. My MacBook will be with me and I'll certainly write some new firmware." For a flashback to his icOn3 days, we have this short YouTube video.