Show us the MonEy? Further to South Korea's appreciation for machined metal, there's Hifistay whose fabulous rack graces my upstairs listening room; and Enleum whose AMP-23R takes pride of place downstairs. Who could forget Simon Kwangli Lee's Eximus gear for April Music whose compact dp1 featured a recurring falling-leaf motif machined into its chassis; the outré speakers by Metal Sound Design; the mobile kit from Astell&Kern; or the steampunk-meets-Nagra HifiRose RA180? Clearly something metallic is in the water on their shared peninsula. And that's before we mention Hyundai, Kia or Samsung. As to applying high mass to combat vibrations, opinions diverge also with turntables. Some claim that high mass merely stores energy more effectively so delays its release over lossy thin-wall enclosures or low-mass tables which let go quicker. Others claim that when properly damped—lined and braced—solid aluminium makes ideal dead enclosures which don't sing along with our tunes out of step. Our 17kg Acelec Model One 6" two-way from the Netherlands does it by bonding bitumen to aluminium then decoupling its plates with rubber.

At 64.5kg with stand, it's obvious what side of that equation our still youthful Mr. Seo comes down on. His bigger monitor speaker plays unyielding Rock of Gibraltar. Imagining its innards, shouldn't we assume that the larger inner woofer either faces a sidewall or mounts diagonally to fit? With the speaker's product page just then divulging nothing specific about its wall treatments, filter slope/parts or hookup wiring other than saying "what's on the inside takes its sophistication and performance to a whole new level", my questions to the designer began piling up. 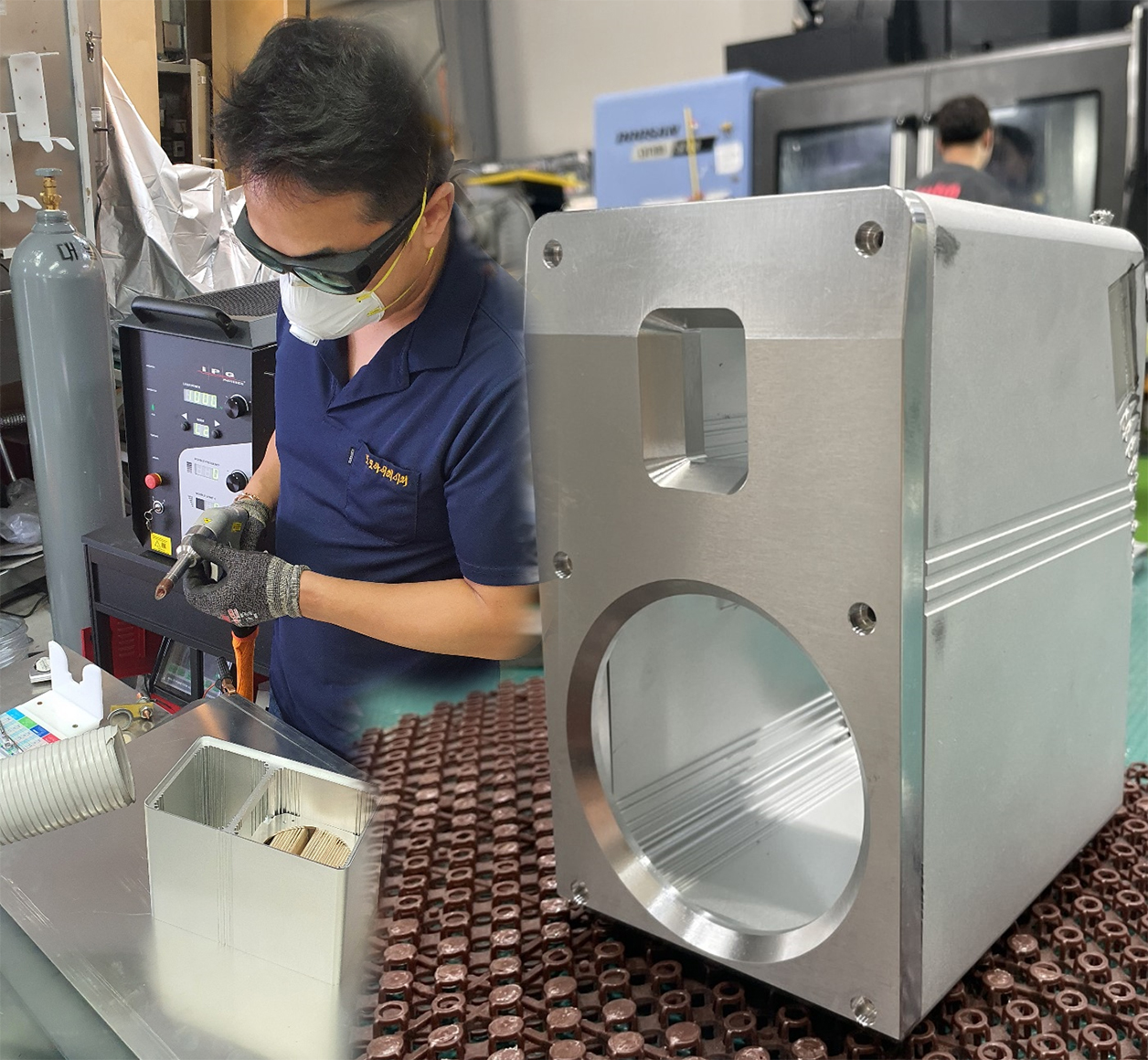 Spot-welding the retainer plate for the inner driver to the chassis extrusion.

Just imagining things is fun as far as it goes but at $25K, potential buyers should want hard facts. For context, a pair of Stenheim Alumine 2 gets $11.8K. YG's Tor with stands demands £14.5K, Magico's A1 £11K, Kroma Atelier's Mimí Extreme with stands $16.2K. Crystal Cable's Mini gets €13K, Minissimo Diamond £19.6K, Mårten's Parker Duo Elite with diamond tweeter and 9" passive radiator £16.75K. In fact, at £22.3K/pr without stands, most closely priced is Vimberg's Amea D with diamond tweeter and 8½" auxiliary bass radiator. Only Node Audio's 3D-printed Hylixa exceeds today's at £27K. Yet by selling direct not through dealers as all of these particular monitor speakers do, MonAcoustic issue an extravagant heavyweight challenge not just on the fitness scale. Tales from the more supernatural script? That's in the name: super more natural. Supermon. Your friendly Jamaican neighborhood bruiser. The last €5.5K FMJ speaker through our digs had been Jern's 15H cast from high-graphite gray iron. When enclosures stop talking, soundstage precision—depth and image localization—talks ever louder. So I expected that this visual discipline of spatial sorting and focus would be one of this speaker's most obvious super powers. 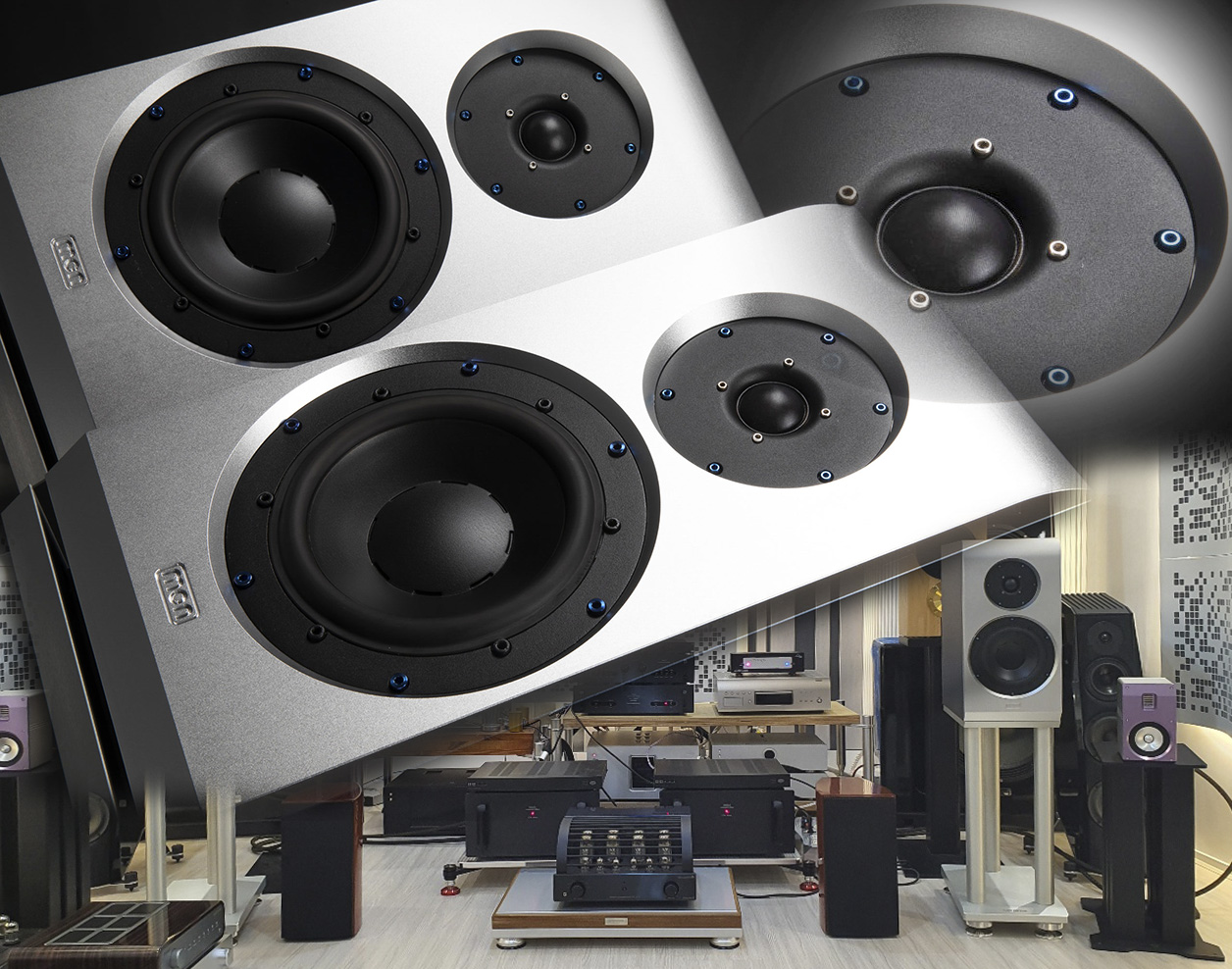