First, full optimization. The MusikBass crawled forward until it was approximately equidistant with the monitors. Next it hopped onto Hifistay string-suspension footers. With no sub amp cut required—rather, about 20dB of extra voltage gain from cutting the main amp instead—I could look at alternate amps not integrateds. Resident class D monos from Auralic/Nord and Purifi's stereo version sport XLR-only inputs. My active low-pass outputs are RCA. That called for a plug adaptor which I own in all flavors. Alas, since our last move, I'd placed them somewhere obscure. None of the usual hiding spots meant joy. Thankfully AGD's Gran Vivace in for review has selectable RCA/XLR. Whilst a €9'250 boutique mono amp certainly was extreme for purpose, its dual 600-watt GaNFets can swing fifty amperes of current over the 34A of its standard version. Here we remember. Dipole woofers run stiffer suspensions to compensate for their lack of box loading. Extra current to get them going seemed a happy thought. Likewise ultra-low output impedance aka max damping. I should have hit similar targets with our £887.50 Nord nCore mono. I simply couldn't locate the required RCA/XLR adapter. Posh had to be motto du jour. 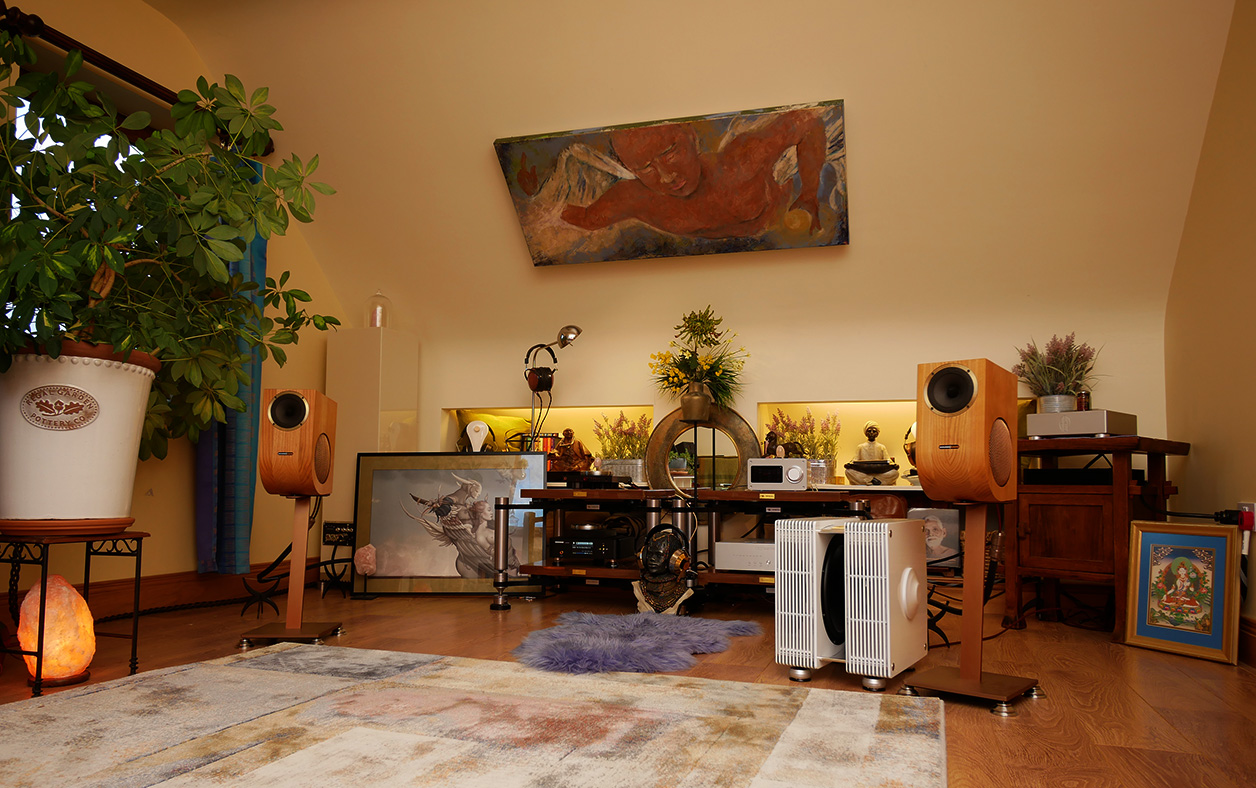 Oh boy. Extreme current—perhaps even extra damping?—did indeed net obvious upticks in articulated bass tautness and textural springiness particularly for chicanery on ambient and electronica. High-current class D was the golden ticket after all. Those shopping beyond Michael's two filter-endowed amp options should look there. They'll still need a means to properly balance volume between sub and mains as well as a quality filter like the SPL or any of those mentioned in the intro. For one-box convenience, Michael's own are probably your best choices unless you can find superior alternates. Be mindful too that with ~93dB speakers like ours, our 250-watt bass amps required serious extra gain beyond our main amp to have the MusikBass play loud enough. With zero room gain but built-in loss from out-of-phase cancellation, it's an inefficient beast. With my resident optimization in the can, let's answer the legitimate concern about in-room bass extension. How low can this go in a ca. 24m² room without a shelving boost? On discrete test tones sitting right next to it, 35Hz was flat, 30Hz lightly attenuated, 25Hz more cut but still audible, 20Hz entirely inaudible. As we knew going in, this is no true home-theater sub, certainly no infra sub. For music however and as its name suggests, bandwidth suffices. Hardly anything breaches 30Hz unless it's the rare synth and even that remains fit to 25Hz just softer. With our amps, I simply couldn't duplicate Michael's -6dB/18Hz nearfield spec. "I always mention how this is measured directly at the front slot with no room interaction. Like for our 85dB sensitivity metric, this will differ with rooms. -6dB means half of what we output at 35Hz and 20Hz is more felt than heard so your observation is actually what I would expect."

TruAudio. In earlier subwoofer articles, I'd shared how for our Zu Submission sub, active filter mode for the satellites was clearly superior to augmentation mode. The latter runs the mains unfiltered, then attempts to sneak in the sub seamlessly below, i.e. without unwanted overlap. The variable low-pass filter of Zu's Hypex plate amp simply isn't as good as the fixed custom filter in our preamp. With Michael's single rack-space S500-DSP mono amplifier—it's unexpectedly heavy due to its big toroidal transformer—I now ran unfiltered signal to both it and the main amp whose own volume control was bypassed. TruAudio's interface was perfectly intuitive. With their simple push/turn knob, I set the desired parameters. Sub volume and slight tweaks to the low-pass frequency could then be made by remote. The TruAudio was 100% noise-free mechanically and acoustically so zero hum on the transformer or woofers. 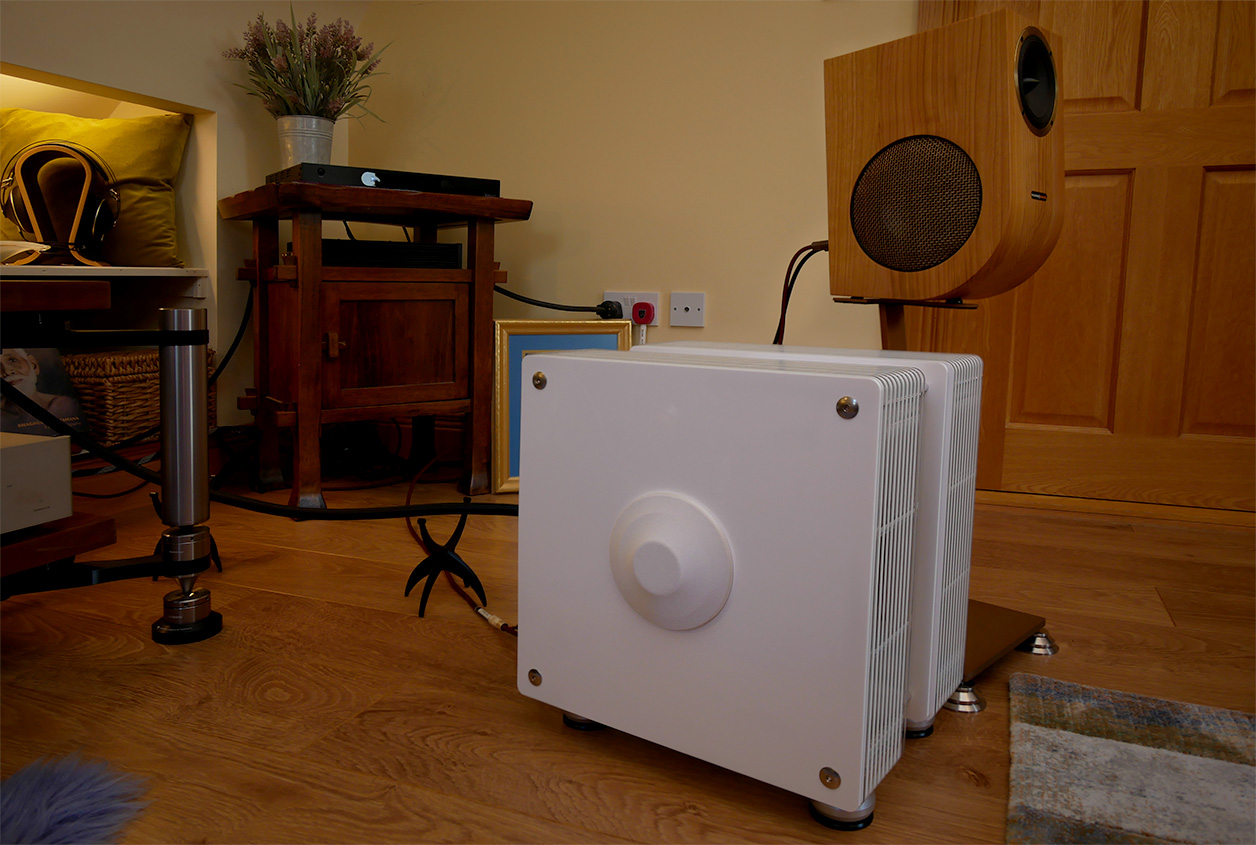 It didn't take long to acknowledge. This augmentation game played in a different league than what I'd attempted with the Zu. Using TruAudio's 4th-order slope to mirror the monitor's own roll-off below its F3, I managed a far more seamless transition than expected. With no longer Kinki's 2.25Vrms input sensitivity but a whopping 190mV (!) on tap mated to 500 watts, I now had subwoofer gain to spare. With the remote's very practical 'mute' command, it was child's play to test with/without.

This confirmed that the MusikBass didn't reach higher than wanted to not artifically fatten up the mid and upper bass. Muting the main amp demonstrated how admirably narrow the MusikBass' active bandwidth was—the mains are -3dB/35Hz so want very little assist—and how pert and precise its contribution. At €1'400 for theTruAudio when purchased by itself, €1'000 when packaged with the MusikBass, I'm hard-pressed to see how other than Michael's Cornered Audio, you'd hit upon a more flexible/accurate low-pass filter + amp + remote all in one box.