Rolling cables. First up was balanced drive off the Questyle stack. It took just a few tracks to know that though not perfectly identical, the stock and replacement cables performed perfectly on par. The only tell I keyed into happened along the damped/loose axis. Across the bandwidth, Meze's cable sounded tauter/drier like a mild injection of quality silver conductors. Forza's behaved like big copper; somewhat warmer and also softer around the edges as though notes wore ultra suede. 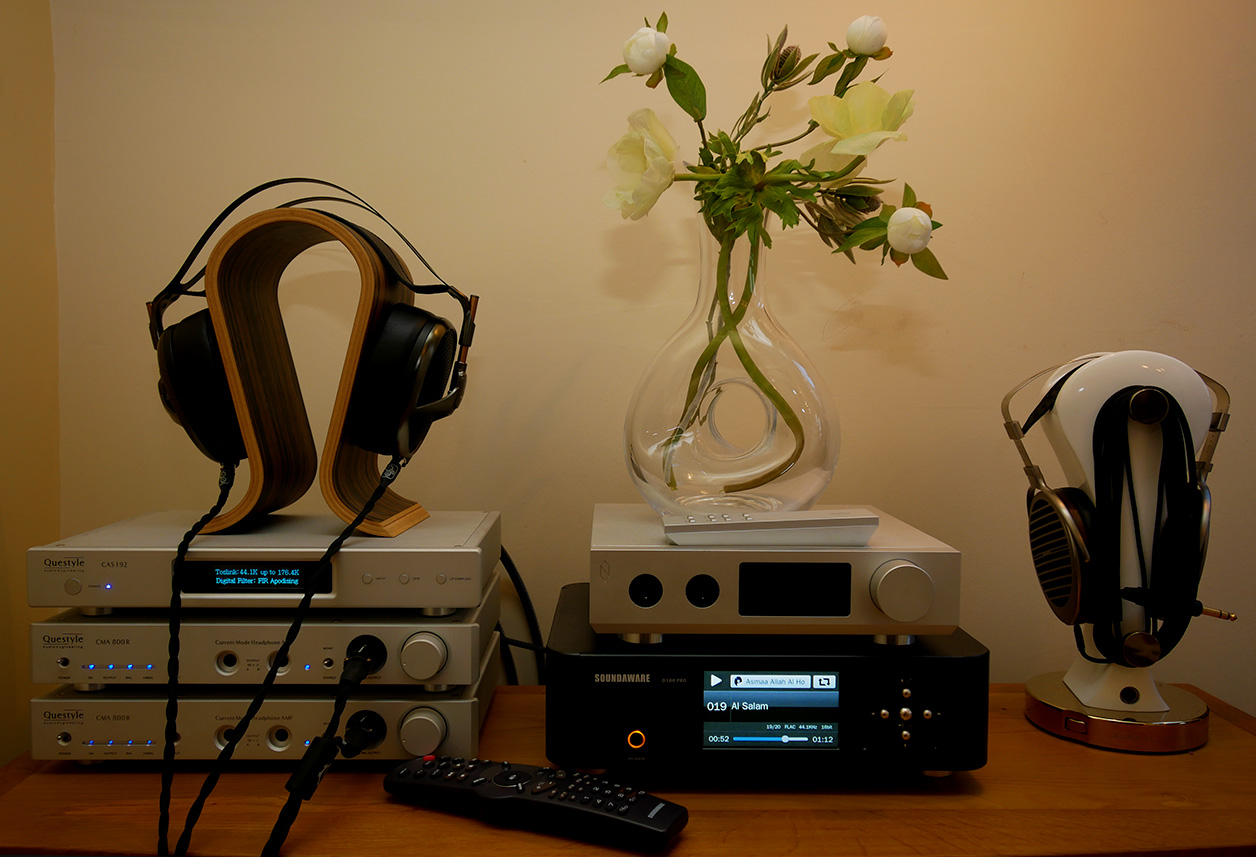 The ¼" comparison off the Bakoon stack syndicated that show. Again the stock cable acted more transistorized on control and grip, the Polish replacement more triode on pliancy and poise. These offsets were rather small, clearly not better/worse or about tonal-balance shift to turn cables into tone controls. Another shout-out was due for Meze having paid proper specialist's attention also to their cable harnesses. 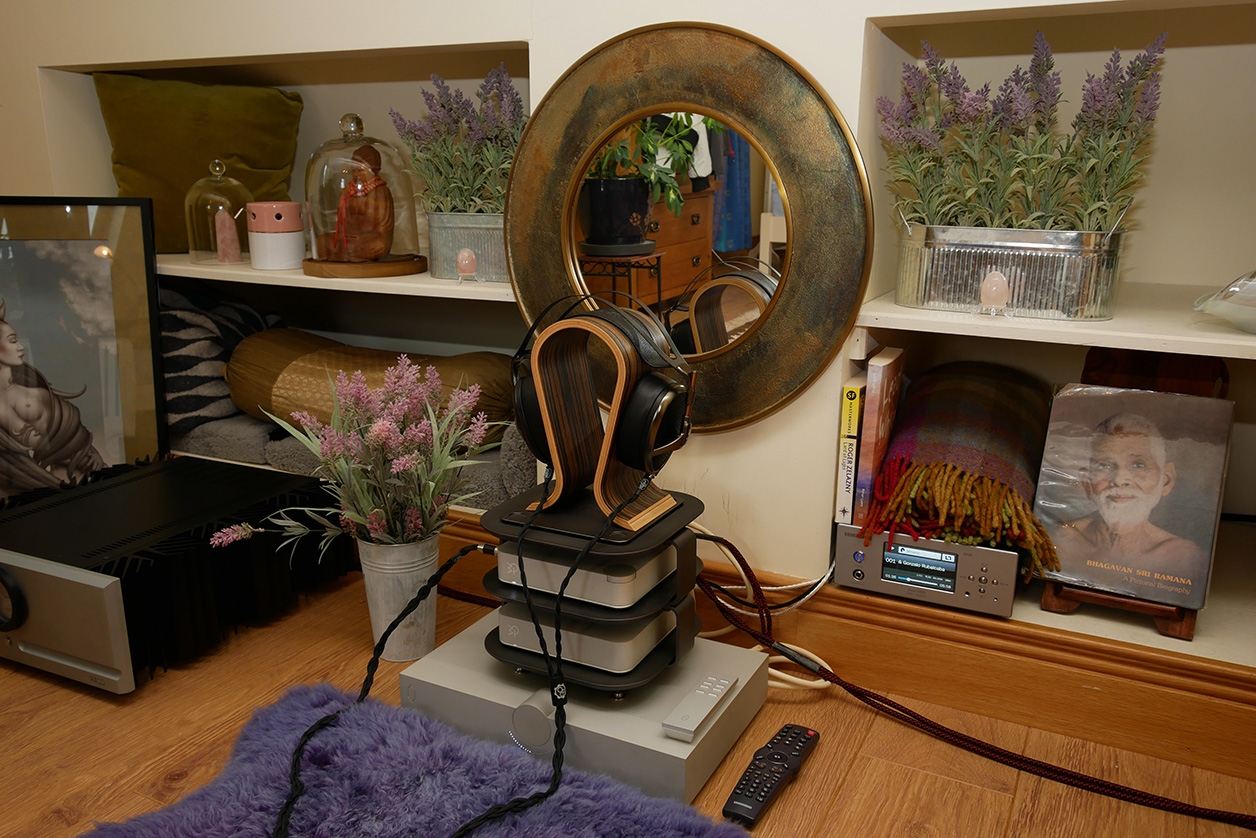 Having recabled all of my Audeze, HifiMan, Final and previous AKG, Beyerdynamic and Sennheiser, in my experience most headphone makers shortchange themselves and their customers on this important point. With Meze, spending extra on cleaning up after the makers won't be necessary. By the way, if you consider how far in these photos the diaphragms sit from the ears with the spacing of those thick cushy pads, you get a very precise impression on how far beyond the head their soundstage will extend.

Gilding the lily because I could—with its high efficiency, the Empyrean should work off a Samsung handy—I finished my sessions for maximal pleasure with Bakoon. Its very much current AMP-13R replacement scales to 25/50wpc into 8Ω speaker power, promises still better headfi performance and even lowers the price. This becomes the perfect point when to say that to equal this in/around-the-head performance with a traditional speaker setup is impossible for anywhere near the same coin. Even at cost no issue, your room still interferes unless you really went the distance with copious treatments or effective DSP. Even then, arriving at perfect linearity of true low bass remains a challenge.  If my best-case Soundaware ⇒ COS ⇒ Bakoon ⇒ Empyrean rig were a speaker system, in our house it'd have to be Cube Audio's good-to-30Hz Nenuphar widebanders powered by Reinhard Thöress' single-ended hybrid monos. At €30'000  for just amps and speakers, the point is made. Despite today's goods being the antithesis of budgetarian, in the realm of hifi that's as good as it gets, it's still the far more cost-effective proposition – if one means to play at the edge of the art. 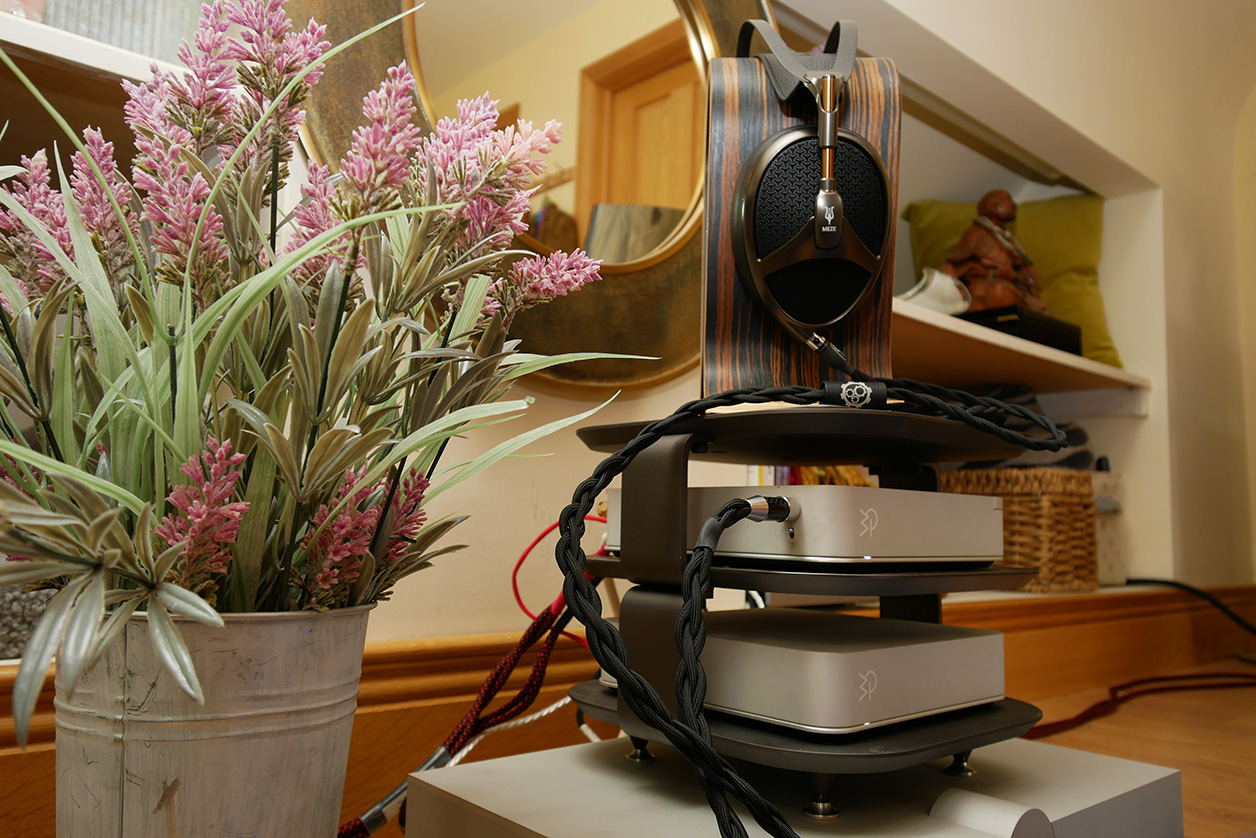 In the final stretch of any review, one expects a writer to recap the findings, identify the ideal target audience, pronounce judgment on price competitiveness and season the lot with critical qualifiers. On niggles, I drew a blank. With an R&D phase of 2 years between a multi-disciplinarian team, the Empyrean left no stone unturned to insure that upon final production, every item had been ticked off. Because the dual-sided magnet array is very powerful relative to the barely-there thin fim and its traces, we get quick reflexes. Those mean close-up micro resolution and dynamic excitement. With low bass power competing with our very best dynamics, speed was ideally counter-balanced by mass and rich black values. That made for a fleshy properly textured sound of high image density yet nicely articulated treble. Compared to dynamics, a fully extended/articulate treble has been harder for the planarmagnetic breed to realize but HifiMan's Susvara and today's Empyrean have finally managed. Best-of-class honors in that particular discipline will still go to electrostats but they won't compete on bass power and overall weightiness and require specialized amplification. 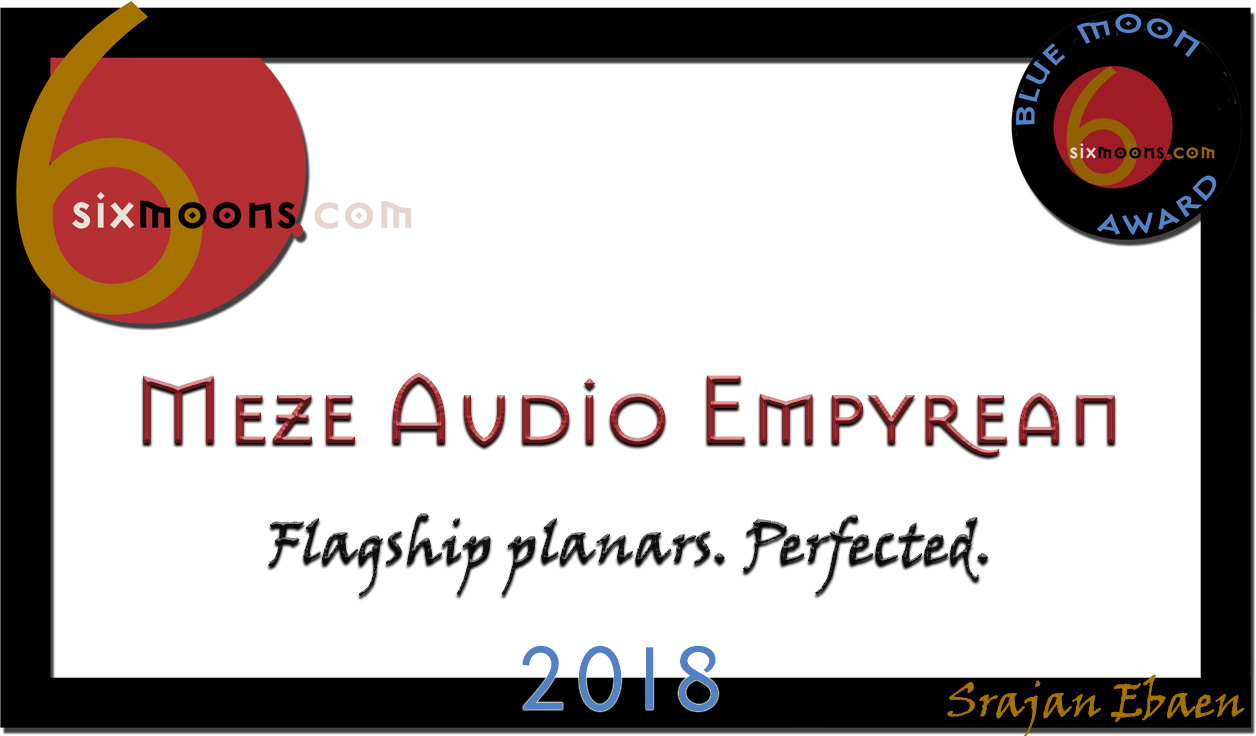 To return to the beginning, living with the Empyrean proved that it really does marry high style and enviable substance to equal degrees. Whilst photos point at exceptional detailing, it's only in the handling and wearing that sheer build quality registers in full. That adds pride of ownership and delight in extremist execution akin to a fine mechanical watch with complications. But where that won't tell time any better than a cheap quartz fashion watch—worse in fact—the Empyrean delivers the full performance package. It's wearable art which doubles as absolute-sound appliance. It really is a thing of beauty all over. Admiring its physical virtues is easy from afar. Acknowledging how sonically complete it is requires hands-on experience with it and with the best of the competition. And that makes those who will truly get the Empyrean the most hardcore of headfiers who've been around the block to understand and know the status quo. Which, in case that wasn't crystal yet, has just changed…