Moon landing. Were we ever really there? That's a different dialogue. Today is about where exactly the Empyrean landed in Casa Luna. Reviewer findings only make sense in comparative context. Disagree all you like with a writer's opinions. As long as you're familiar with their subjects, you can extrapolate to arrive at a proper translation into your very own ear/brain space. For some of my markers, initiation into planarmagnetic headphones as an alternative to the Sennheiser/AKG/Grado dynamic which then was still in the vast majority came by way of the original Audeze LCD-2. Those were akin to discovering Harbeth or Spendor sound after having lived with early Thiels. I was quickly and predictably hooked. Eventually the wheel turned as it always does. It changed perspective with greater exposure. Planarmagnetics from Oppo, MrSpeakers, HifiMan and Final followed. On the traditional dynamic end, Final's Sonorous X appeared. Those categorically reset my ambivalent HD800 respect/dislike with better bass, no presence-region heat, deeper colours, chewier textures and superior dynamics. By then the LCD-2 struck me as unacceptably skewed and opaque. That forced them into early retirement. Other contenders too were shaken up and out. What I had by Audio-Technica and Grado dropped off the list entirely. So did Beyerdynamic. Call it a matter of raised expectations and more clearly defined personal tastes. Audio is filled with not knowing what you really want until you finally hear it. 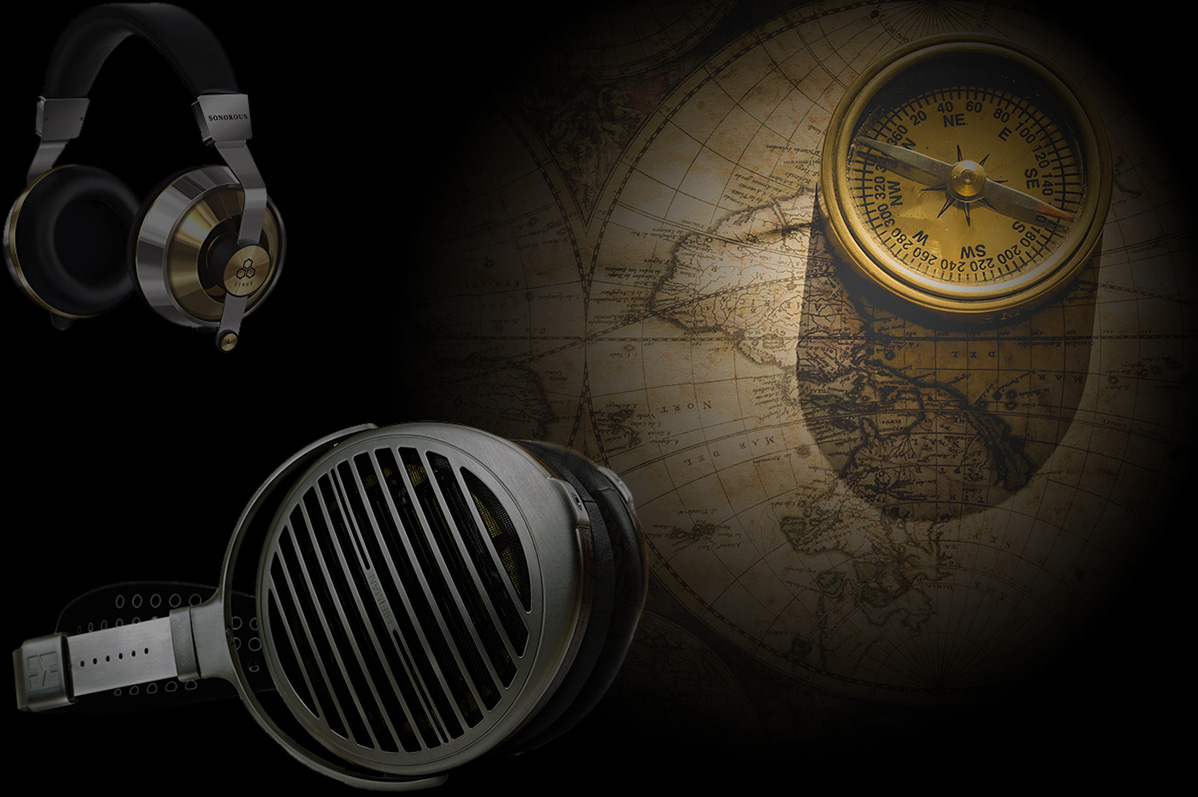 At the time of the Empyrean's imminent arrival, my go-to planarmagnetics were HifiMan's Susvara as the most linear, extended and resolved of the lot with thin membranes. A half-priced alternate with a little less of everything would be the HE-1000. Final's heavyweight flagship had become my go-to dynamics. Both were rewired with Forza AudioWorks Noir for 2 x 3-pin XLR. That enabled true balanced drive off Questyle CMA-800R monos and COS Engineering's H1. With standard 6.3mm leashes, alternate amps were Nagra's Classic Preamp for tubes, Kinki Studio's EX-THR1 and Bakoon's AMP-12R for lateral Exicon Mosfets. Not in personal inventory but strongly suspected of belonging were MrSpeaker's Ether 2. To take the Empyrean's measure, I'd use Susvara and Final's D8000 for planars, Final's best for dynamics. Anything less felt inappropriate given the Empyrean's design brief and positioning. On my shallower end of the pool, Final's Sonorous III and Meze's 99 Neo hold the fort. I've not investigated Abyss, AudioQuest, Focal, Sony et al. That now should set your compass so you can decipher how my comments might relate to your own sonic preferences and bias.

Inside that custom metal attaché case.

With the Hindu deities Shiva and a dancing Ganesh participating as props in the photo op, we see that based on asking what I needed, Meze had included… 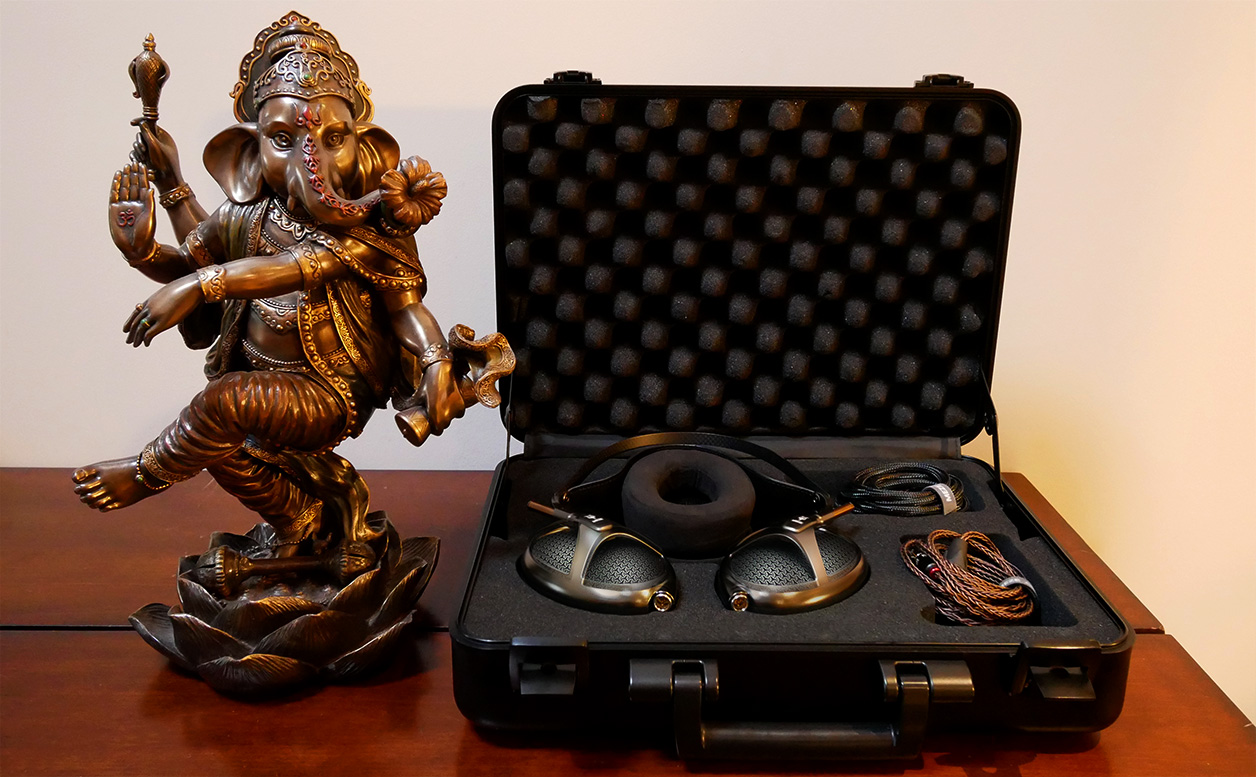 … both their sleeved 3m 6.3mm and braided 3m 4-pin XLR-terminated cables. A dual XLR leash isn't on their menu but I had a cabled adaptor for that. Whilst the watch wasn't included, the 'thank you' note really was. And the time piece simply signifies that the Empyrean exuded the same lofty airs as the luxury of fine horology. If the Swiss made headphones, this would be it. 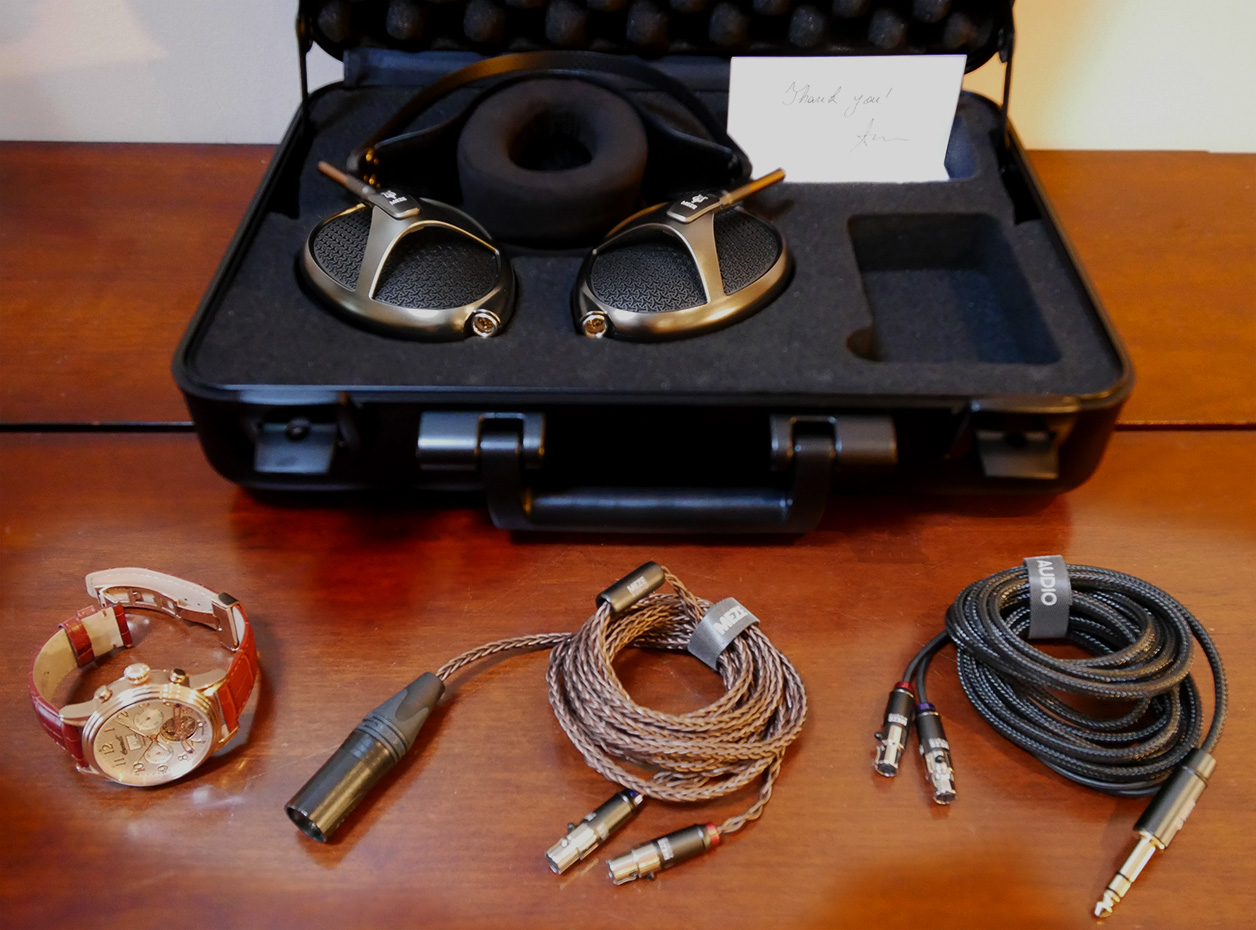 For first proof of life, the Empyrean slipped into the main system. 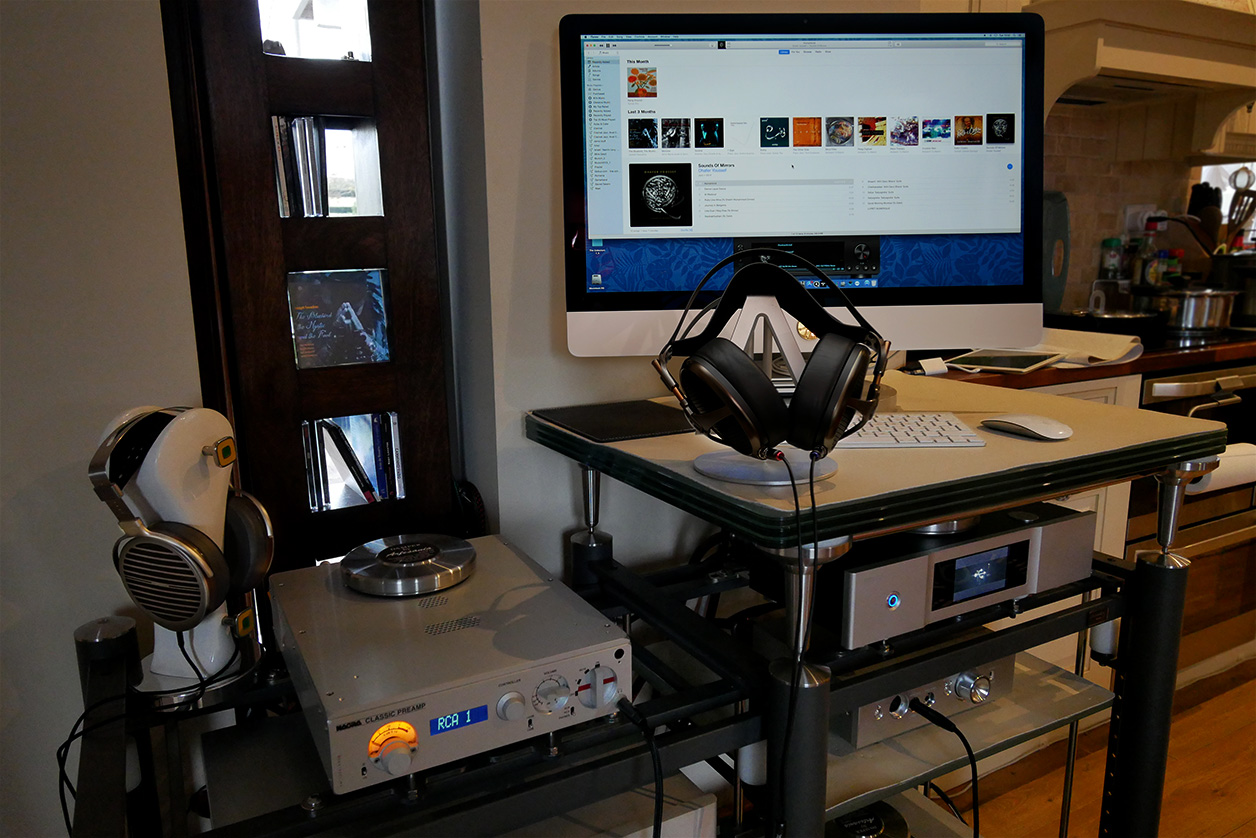 Things were definitely alive and kicking, supremely comfortable and classy all around. My Romanian meze had begun.