For this home stretch, the system reconfigured to Børresen Acoustics 02 loudspeakers driven by Aavik's U-380 integrated. That served three purposes. One, at €46'700/pr and €36'000 respectively, this gear more closely played in the financial strata many prospective AQWO separates buyers will move in. Two, this Danish kit is groomed for maximum speed and resolution to serve as ideal test bed for the French voicing. Three, I'd be able to compare c|AQWO to Aavik's built-in DAC as a data point I wanted for the U-380's own review. But first, two digital housekeeping notes. By lacking an I²S input, the Aavik's S/PDIF input limited to 24/192 just as the c|AQWO's. Neither could benefit from the t|AQWO's upsampling to 352.8/384, just 176.4/192. Though S/PDIF's bandwidth would be good for DSD64, as native not DoP it didn't work over coax into the U-380. For that I'd have needed USB. Why upsampling ahead of a converter chip has advantages, watch this video by Eelco Grimm on their MU1 streamer. Condensed, he says that whenever more processing power and longer code is assigned to perform upsampling at higher precision—already the very first 1979 14-bit Philips chip used on-chip upsampling to 176.4kHz!—the upsamplers built into all commercial DAC chips will work less, produce fewer rounding errors and as a result, improve the sound. It's why upsampling in 64-bit computer software can sound better than letting a DAC chip with lesser computing powers do it. In their t|AQWO, Métronome have applied the very same thinking to the playback of physical media. 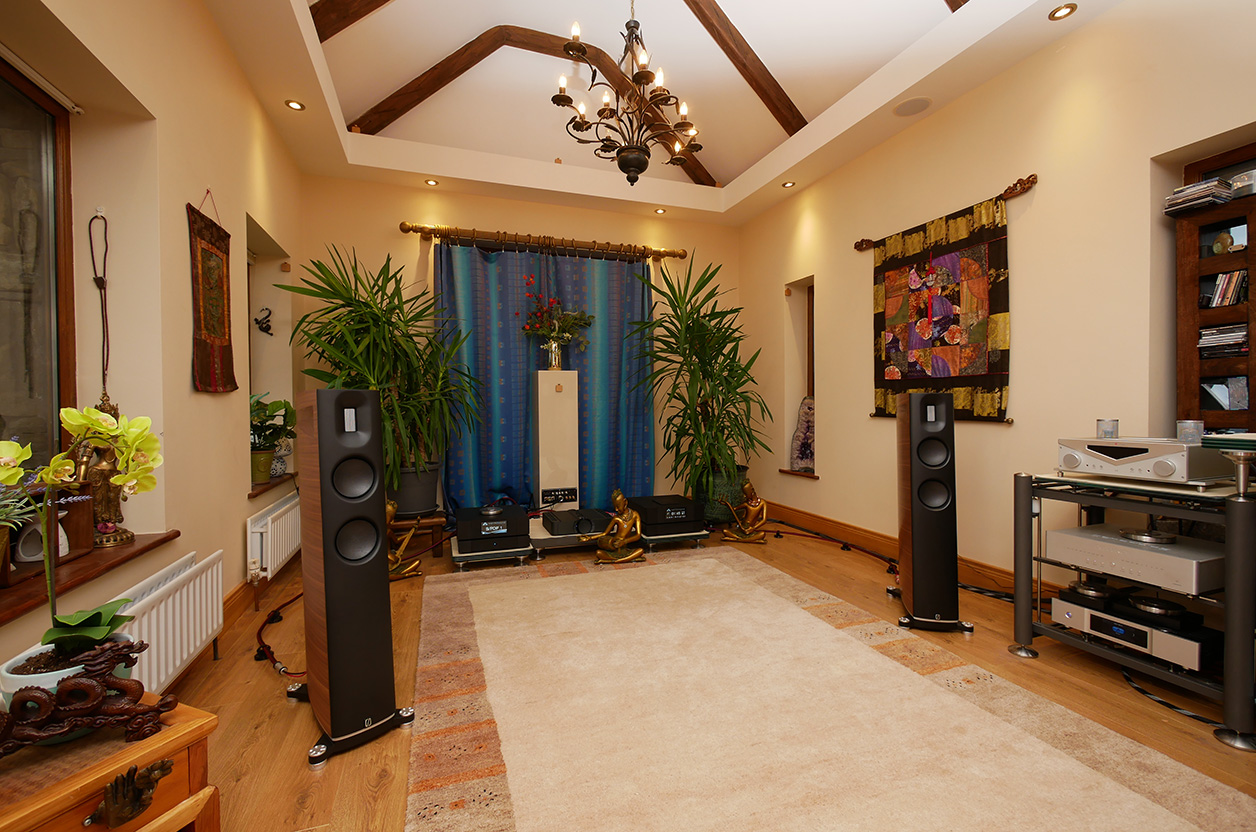 To start with something dreamy all about space, tone and lazy decays, I cued up Hector Zazou's "Wanna Mako" from In the house of mirrors. The A/B was between c|AQWO and Aavik's implementation of Burr Brown's 1794 chip. Both received 24/176.4kHz over S/PDIF. Whilst a close call, the French converter's contributions were sweeter, richer and more reverb intense. Inserting the tube buffer enhanced those qualities and widened the difference. Engaging Métronome's advantage of I²S over HDMI, PCM resolution as contrast ratio notched up a click. Invoking DSD128 further enhanced the spatial decay cues. The verdict over S/PDIF was on par though slightly different. I²S for straight PCM gave the AQWO twins a small lead.

Progressing to Bruckner's 9th Symphony with Eugen Jochum conducting the Berlin Philharmonic for DG, the Métronome advantage compounded. I'm just not embedding a YouTube link because their compression really shows up issues on such complex material. 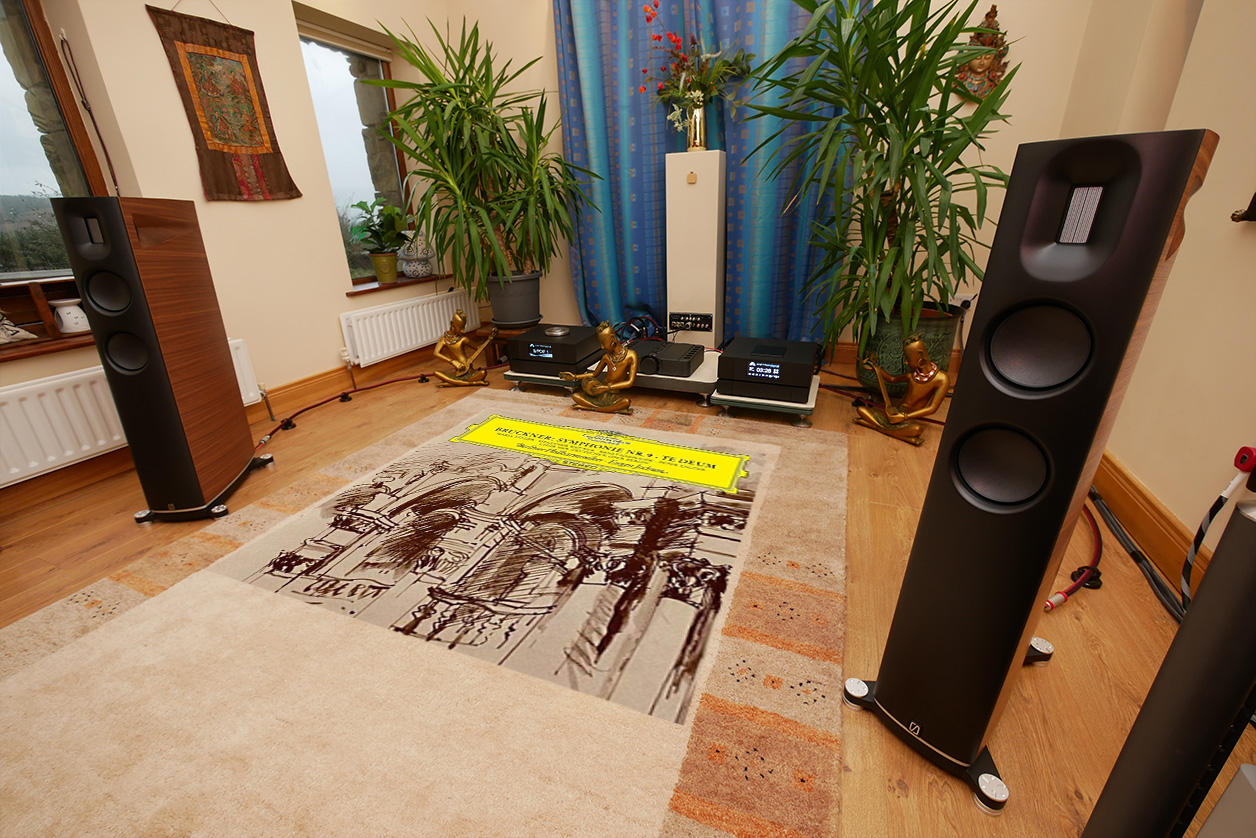 Classical concerts are all about cubits of space, blended sounds and massive forces moving lots of air across a huge stretch of pianissimo solos or string tremolo to fortissimo tutti and brassy fanfares. The majority audience sits in the far field. Those listeners are immersed in 70% reflected sounds to suffer resolution loss over distance. Their perspective enhances tone, lengthens decay, blurs transients, softens separation and confuses precise localization cues. During the concert, the latter are offset by listening with open eyes. That doesn't work at home.

Again, the upshot is clear. Any voicing which enhances tone, bloom, decay and dynamics whilst slightly softening transitions, separation and ultimate layering specificity approximates this type of concert experience. And it certainly also shrinks dramatically in size. Nobody's living room equals a concert hall. But if you love large-scale classical, be it symphonic or operatic, Métronome's AQWO separates are your year'round tickets to enjoy a down-sized but gestalt-similar experience at home whenever you want – without battling traffic, chasing faraway parking or walking from there back in the rain in your finest threads and shoes. This photo of the LA Philharmonic's Walt Disney concert hall visualizes that whole reality of space, distances and instrumental forces perfectly.

Finale. 30 years are a long time to hone a craft. A fast rule says that it takes ten years of actual practice to achieve mastery in any sector. By that metric, Métronome must now be grande jefes in the field of digital playback. But they certainly don't approach it just by the raw numbers as pro-audio houses would. Especially when resampling PCM to DSD128 and adding their tube buffer, it's not unfair to suggest that these AQWO components express an alternate truth. But unlike fake news were that expression is a euphemism for lying, in this instance it's actually a parallel reality where none of the basic facts get altered. It's all the very same bits. They're simply illuminated by selectable lighting and viewed from slightly different vantage points. From track to track, you're in control of the lighting and the seat assignment. What could be better than that? Surely no ordinary one-size-fit-all machine even if it had all the perfect specs. 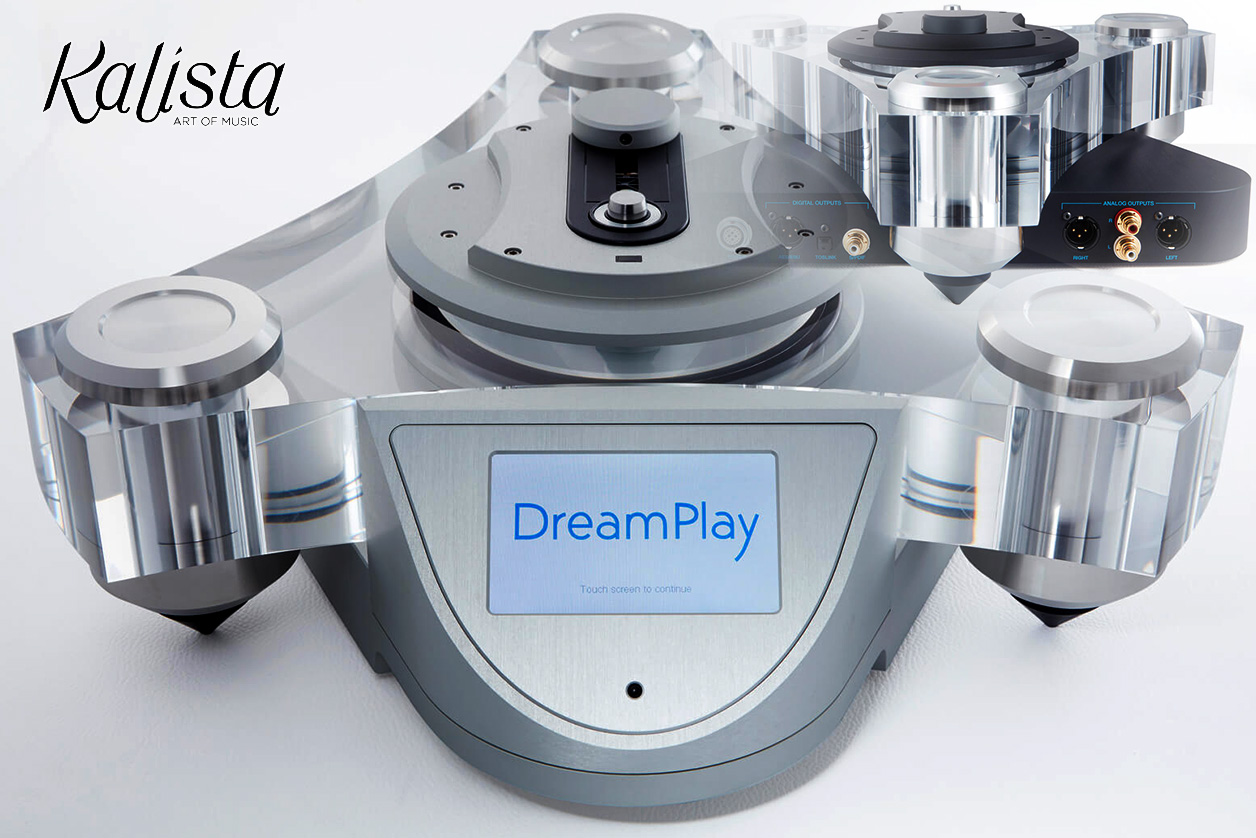 This machine lacks the I²S output of the t|AQWO and doesn't read SACD because its transport is a Philips CDM12PRO CD-only affair.

The only thing these AQWO decks don't yet buy you despite their steep stickers is vault-like construction. Métronome reserve that for their Kalista range whose main units chuck the ruler and bent sheet metal and play instead with the compass, protractor, aluminium and methacrylate stock machined from solid. Of course extra flair demands longer green. For those keen on equivalent sonics who can do without such luxo cosmetics, Métronome assure us that today's AQWO separates have us fully covered. That means an organic non-mechanical reading which emphasizes the human irregularities of microdynamic flutters and tone modulations, then caps it off with fleshier physicality. All that has us more easily forget that it's inanimate machinery which creates our stereo illusion. And intuiting people not inanimate gear behind our playback is what could justifiably be called musical as in, more human. Unlike their metronome namesake then, these components are very musical indeed.

How do you say 'happy days' in French?