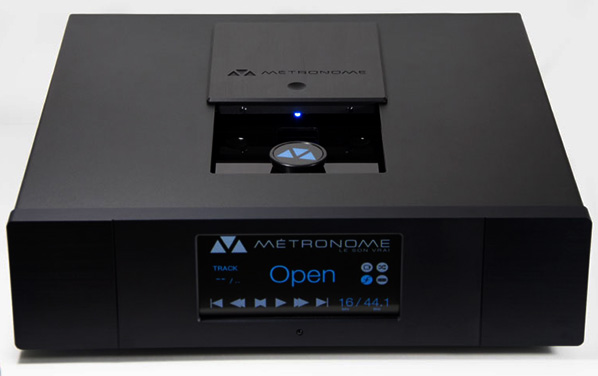 A year ago I'd profiled the first member in a new range, from a company who for a dogged 30 years already have pursued cutting-edge digital audio. That range is called AQWO. Its first entry was a hybrid which spins CD and SACD—a first for the French—and outputs them analog either through tubes or transistors. Today is about the next two models called t|AQWO and c|AQWO for, you guessed it, a dedicated transport and converter. Those come with a triple-transformer Kalista range Elektra outboard power supply for 't', a quad-trafo job for 'c'. Divide and conquer. Divide again. Voilà, uncompromised separate separates.

Like the integrated drive, the dedicated transport reads pure and twin-layer SACD. Hence it must output DSD digitally. Enter I²S over HDMI, a parallel not serial protocol which here is good for 32/384 PCM and DSD256. The drive mechanics and laser optics are from Japan's D&M again so a Denon SACD module which Métronome fit with a custom Delrin puck. The matching DAC again runs on dual-mono Asahi Kasei AK4497 processors and links its digital engine to the defeatable twin JAN 6922 buffer to offer tube or transistor paths at will. Analog outputs are on RCA and XLR. Each can be set to 1.4, 2.4 and 3Vrms to best suit a system's overall gain structure. 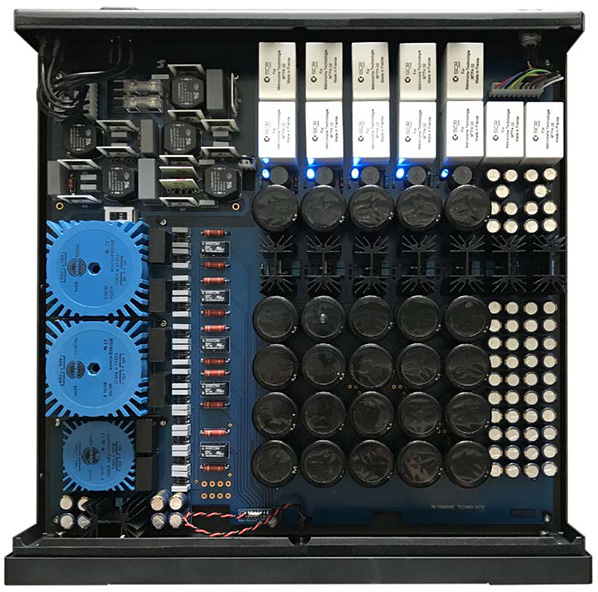 As the opening photo showed, the 6.5" touch screen menu accesses sub functions and settings including the display color scheme. Naturally, dress code is silver or black and a metal remote is standard.

If you'd assumed that spinning discs was passé because streaming makes all the noise, I recently heard two ultra-ambitious systems which relied on discs exclusively, no streamer in sight: an Ansuz, Aavik, Børresen factory reference in Denmark's Aalborg; and a Living Voice Vox Palladian system by its designer in the UK.

Those with unbiased ears and expansive wallets know that we haven't yet heard the last of polycarbonate discs; in fact still haven't mined the totality of what there is to be heard from their pits and lands.

It's perverse that this should be so in the waning days of the format when the vast majority have their sights set on compressed but free virtual media or are fascinated by ever-higher sample rates and MQA.

As we saw, the power supplies consume so much raw space that they simply wouldn't fit inside the main chassis unless those grew to twice their existing height. It's not just a matter of divide 'n' conquer. It's lack of real estate to build out the current and capacitive reservoirs to the desired size. Given the outboard Kalista power supplies, thinking readers will already wonder.

How close in performance do these AQWO separates come to Métronome's iconic Kalista flagships?

"This is a good question indeed.

"As we both know, quality of sound versus price follows an asymptotic curve and is additionally subject to listener perception and system and room variables. So I would say that in most situations, the combination of t|d AQWO would indeed be considered on the same performance plateau as a Kalista DreamPlay set."

That was unexpected candor straight from the horse's mouth.