Calling any hifi musical is like saying eating fills us. It says nothing about taste and nourishment. So what does musical mean? Do we think human to differentiate playback from something more robotic or mechanical? Humans breathe. Machines do not. Humans have personalities. Machines do not. Humans insert irregularities from spontaneity. Machines do not unless they malfunction. Now the otherwise empty thus meaningless calories of 'musical' attempt, in just one word, to capture a listening experience which informs us that we're listening not to machines but real breathing performers. If so, what heightens that sense? What diminishes it? What makes one system more human and musical, another more mechanical and canned? 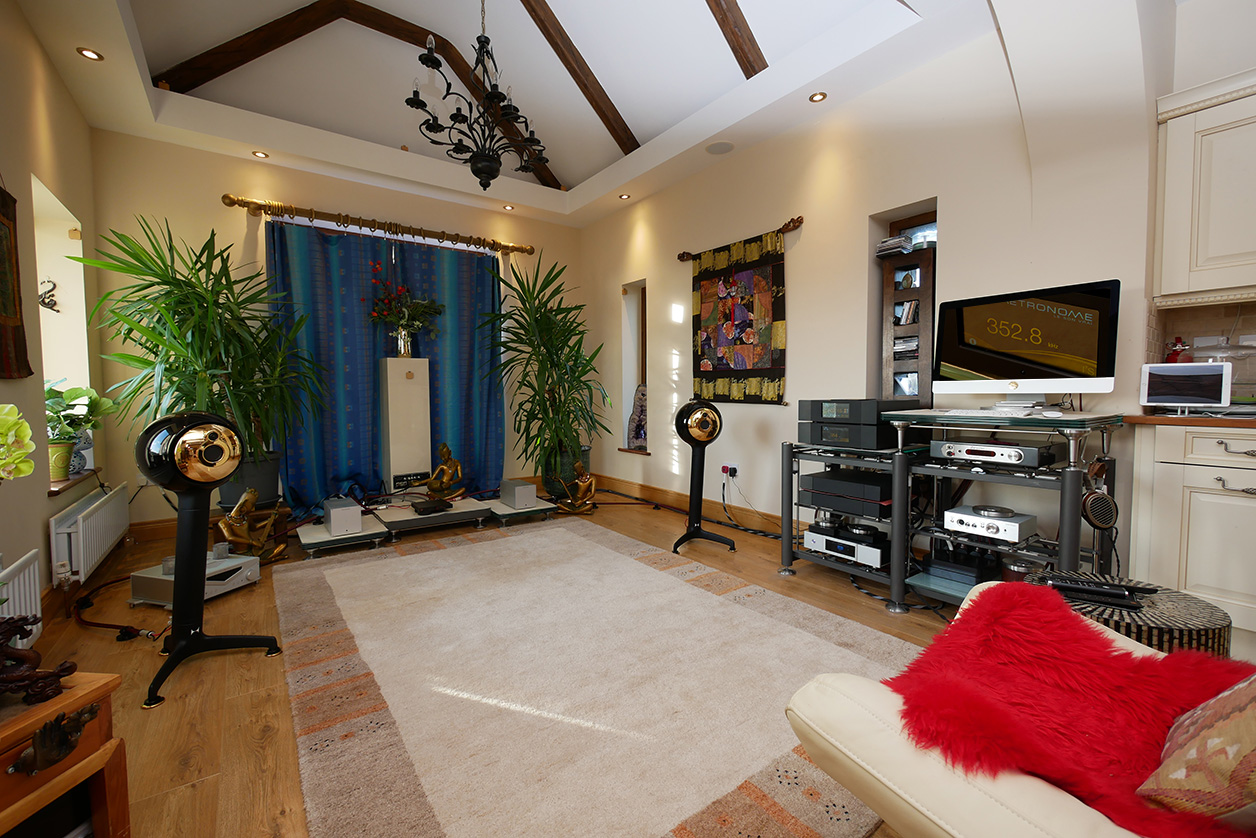 In my book, the sense of breath connects to microdynamics as the ongoing ebb 'n' flow which melodies and rhythms ride on. Human personality and spontaneity also connect to tone modulations as deliberate changes in timbre; and to elastic phrasing in time. Melodies fluctuate dynamically. Tone fluctuates harmonically. Phrasing fluctuates on time to play off/against the core beat. Common to all three are those unpredictable fluctuations which set living irregular humans apart from dead perfectly repetitive robots. All of these elements factor in this short  instructional video on how to get some (if you have a violin). As the playing becomes more emphatic, chemistry develops.

Systems which play up visuals with greater transparency often get leaner in trade. Systems which play down visuals rely on pure feeling to recover music's subtext. They prioritize tone, timbre, dynamics and weight. After all, the difference between ghosts and embodied persons is that the dead are translucent. The living block the light. Ratcheting up a hifi's transparency generally leads to ghostlier performers. We sees right through them. With more physical playback, foreground performers visually block performers behind them. Now separation diminishes which to some listeners implies lowered resolution. In those terms, Métronome's sound was more physical than visual. It was more about the fluctuating feeling elements of phrasing, tone and dynamics than overdeveloped imaging. In live music, extreme imaging doesn't exist. It's an invention of upscale hifi. Against this backdrop, we now can justifiably say that the AQWO set played it more musical than special hifi effects. It prioritized the illusion of living breathing performers. It magnified the small fluctuations of dynamics and overtone changes. Now 'musical' means something quite specific. 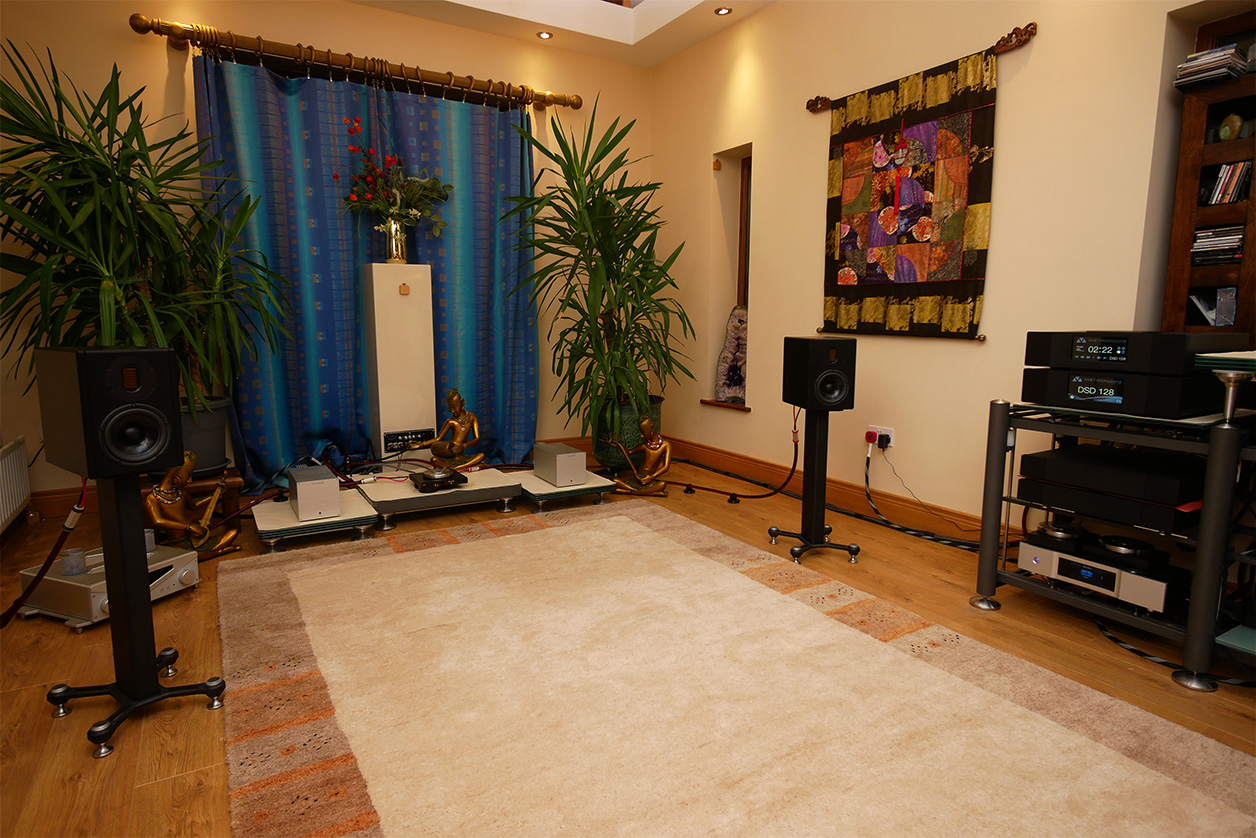 Why the Bakoon/Node combo? Nearly all small speakers benefit from more weight, color and dynamics as aspects where Métronome's stack dished out extra. Simultaneously the tiny 50-watt amp with the patented Satri Jet circuit is our most lucid resolved finessed amp to balance out the influx of density and mass from the French source. As hoped for, these qualities dovetailed splendidly. Why then experiment with two different monitor speakers?

Because if weight is the enemy of speed, I wanted to see how changes to that balance would reset performance. With compound 1st-order filters not the 2nd-order networks of Hylixa and none of its time-delayed summing of front/rear woofer energy through a thrice-helical transmission line, Acelec's Model One in its rubber-bonded thick aluminium enclosure is the faster more precise less bloomy speaker. Its Mundorf air-motion transformer tweeter also is more dynamic and energetic than Node's silk dome. To my mind, higher speed would digest AQWO's contributions of more weight with the minimum impact on timing. So I had to clock and hear it. As it turned out, knowing our ancillaries well hit a bull's eye. This became my favorite combination yet. The Acelec's superior timing and low-level detail magnification did well on sugar and milk, i.e. Redbook as DSD128 and enhanced by tubes. For my hot buttons, this combined gargantuan soundstaging, high microdynamic vitality, burnished tone and in-the-pocket timing in one quite ideal balance. So a €38'500 source played into a petite-but-potent €5'800 integrated amp into €5'800/pr speakers including stands. Yet such inequality of allocation won the day. For a very moody number with soaring vocals, try out the above title track to Homayoun Shajarian's latest album. For something more peppery, how about this happy-go-lucky rumba by Indialucia which mixes Karnathic Indian with Flamenco?

With the Model One's faster reflexes, this last track with all its fiery string attacks came off brilliantly without devolving into trite sizzle. Clearly this sound was the antithesis of any dry mechanical tick-tock, tick-tock. If all of the above suggests to you that these digital AQWO separates ought to be ideal for classical music, you've kept your thinking cap on indeed. Let's explore.