By late November, managing partner Jean Marie Clauzel checked in again. "We are ready to ship immediately a set in black but would need it back mid December. Is this doable? I apologize but the roll-out of first production exceeds our expectations and we need products for buyers." So much for digital snobs claiming that physical media are dead. And yes, this does remain a niche market but ambitious CD players from Audionet to Gryphon, Accustic Arts to C.E.C., B.M.C. to mbl, Esoteric to Luxman to T+A show that serious listeners with serious collections haven't given up on the format yet.

So I congratulated Jean Marie and expressed readiness if the units were fully burnt in. He confirmed that they were so the date was on. Buyers are expected to decide in a matter of hours, at best over a weekend with a loan from an amenable dealer. Should it take professional reviewers months to recognize then verbalize a presentational style? It's fun when illustrious loaners beyond one's pay grade are allowed to linger for a bit longer—who in their right mind would say no to living large for a spell?—but it's certainly no necessity. Holding costly gear hostage whilst waiting interminably for writer's block to thaw is unprofessional and disrespectful to the firms who dispatch expensive loaners.

Le Baskin Robbins. The US chain of specialty ice cream shoppes is famed for its breadth of flavors. With the big four-box Métronome set as deep as it is wide—the main chassis have three flat footers, the power supplies soft-nosed variants—one gets two main modes, three format choices, six filter options and sundry upsampling. There's transistors or tubes selectable by touching the tube symbol on the DAC's screen. There's native PCM, CD resampled up to 24/384, native DSD, SACD resampled to 256, CD resampled to DSD64 or DSD128. DSD256 only works on physical SACD. "Our electronics can't manage resampling from 44.1kHz to 11.2MHz which I feel would be 'too much' anyway" explained JM. Then there are sharp, slow and super-slow roll-off filters, short-delay sharp/slow and low-dispersion slow. On the DAC, one can defeat unused inputs, on the transport the resampler option. There's a separate command to access the desired layer of dual-layer discs. 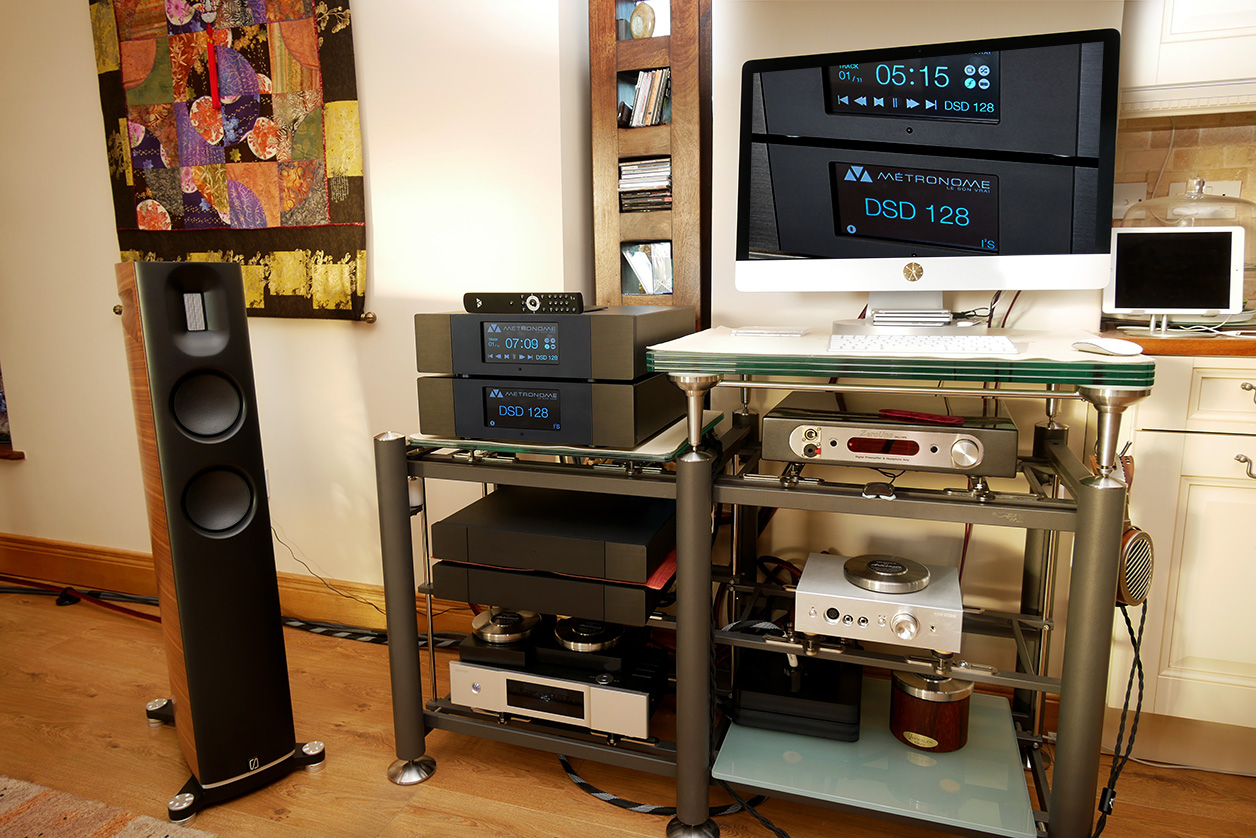 To make room for this quad stack, our Denafrips Terminator DAC had to leave the rack as did the Vinnie Rossi L2 Signature preamp which relocated to inbetween the amplifiers.
CD resampled to DSD128 then output via I²S over a top-line Audioquest HDMI cable with active dielectric battery bias.

The displays on both can be set to dark/light background with an extensive color palette and various dim modes including black-out. The DAC display even has two background motives aside from flat. With their thick U-shaped covers, case construction is solid but not of the fat-panel type à la Pass Labs preamp or our Kinki Studio and Denafrips kit. To push material excess further is for the pure Kalista models. The long narrow hard-plastic remote in black can be set to operate an amplifier to include volume up/down. Set to CD instead, it answers to direct track access, repeat modes, mute, next/last, fast forward/back, play, pause and stop commands. Two AAA batteries power it. 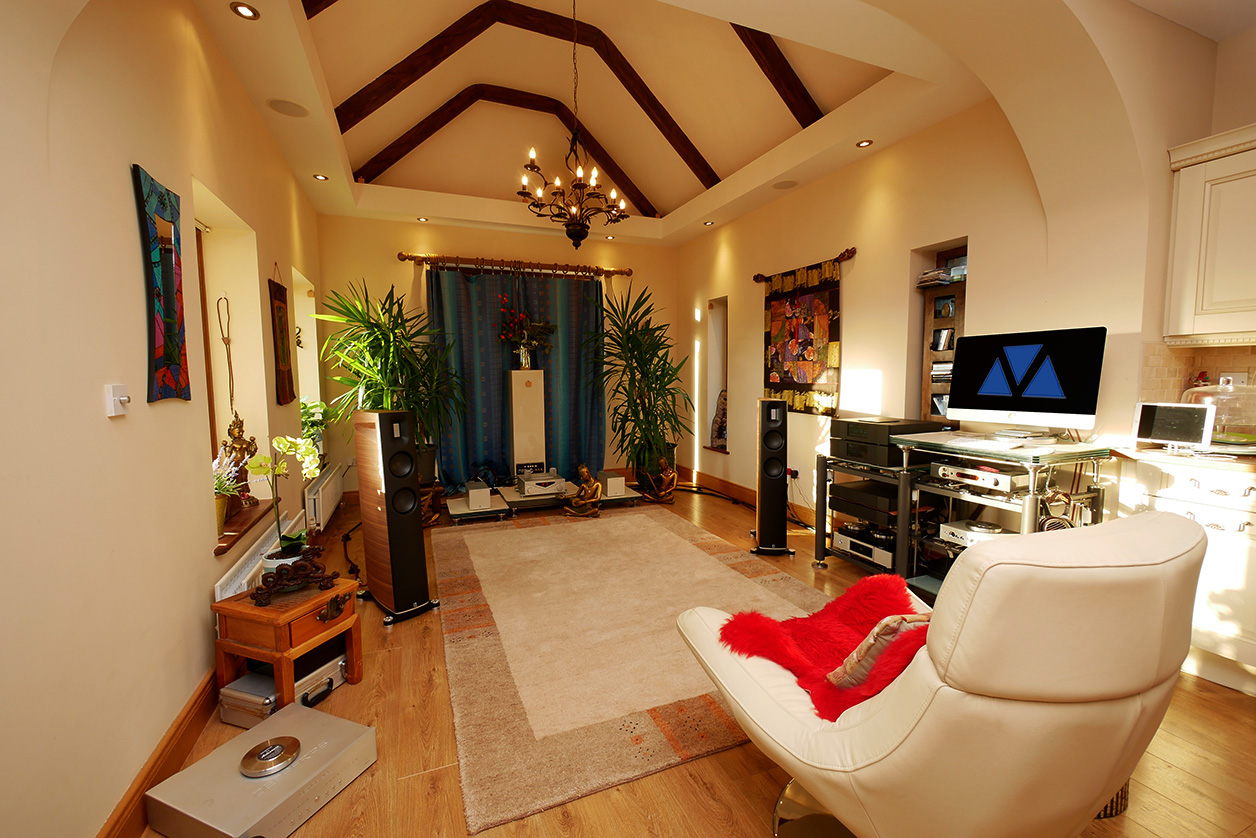 To feel the digital pulse of this imposing French metronome, the rest of the signal path became our L2 linestage with either Western Electric VT52 direct-heated power triodes or set to tube bypass. That fed 200-watt LinnenberG Liszt mono amps with lateral Exicon Mosfets which drove Børresen Acoustics 02 loudspeakers, all power delivery by Vibex, all cabling by South Korea's Allnic except for the Audioquest HDMI. Gain of the c|AQWO was set to 1.4V.