Are you sensitive to energies which prayers over many centuries even millennia install in cathedrals, mosques, temples and other places of mass worship? Then such perception is a bridge. It relates to the Blackbody effect in your understanding without yet having had its experience. Dealing with a fine hifi's sound certainly changes the experiential focus. Yet a similar finer 'feeling inquiry' sense connects the two. Or, you must be familiar with silence so deep that it has its own sound. It's simply not heard with the ears, just felt elsewhere in the body. Once music commences, the LessLoss parts are very much heard by the ears. The feedback mechanism of critical listening clocks their effect in that arena. Might they affect other areas as well? It'd be strange if they didn't. That's simply beyond our scope. 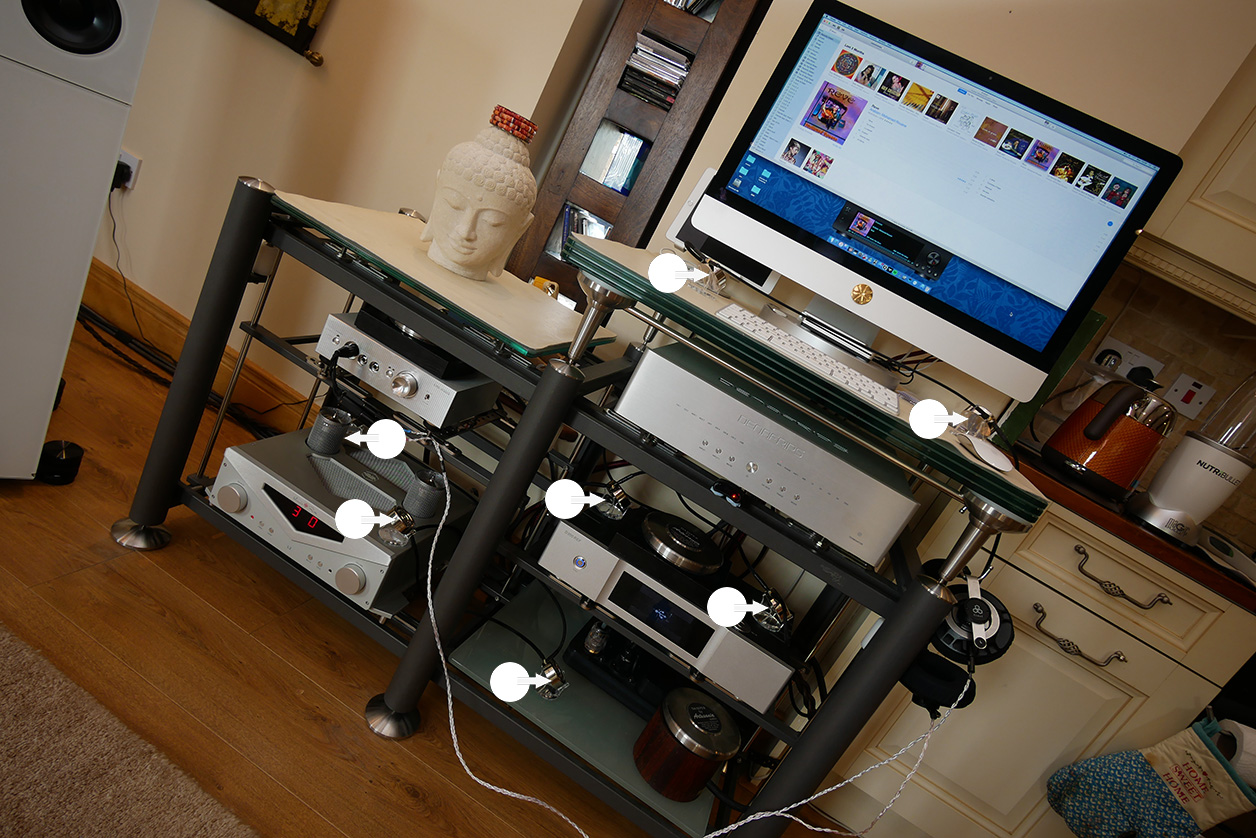 Who wouldn't like the sonic effect? Have you dialed your rig for ultimate speed, transient impact and outline sharpness? You'll view LessLoss' change a step in the wrong direction. It won't further add to 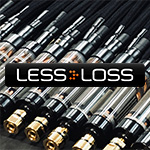 your notions nor heighten separation and tautness. Instead it'll shift emphasis from leading to trailing edge. It's as though a pianist's use of the sustain pedal increased; or your room enlarged for lengthier reverb. Tone richness fluffs up like shaking out a feathery pillow. It changes compactness to plumptuousness. Its textural give creates the sensation of slightly lazier timing. Quantitatively it's a subtle thing. Qualitatively it shifts gestalt. Having a suspicion, I deliberately drained the Soundaware D300Ref's ultracaps overnight. Next morning I recharged them under full BB-imprinted power. The next listening session did suggest that the effect had increased again. This connected to why the very first upstairs session had been most potent. There I'd used a reclocker and DAC both on pure battery power; plus an autoformer volume control on ultracaps. Apparently such DC reservoirs magnify the BB effect. Either way syndicates the Firewall for Loudspeakers flavor; that of the Firewall'd Echo's End DAC; of Louis Motek's C-MARC cables. It's why I earlier called the Blackbody another example of the LessLoss house sound. If you've come across it already, you'll recognize it. If you haven't yet, it doesn't much matter where you do. Either way you'll be eating cookies from the same jar. That shows design consistency at a high level and by very different means: with cables, electronics and tweaks. From my own exposure thus far, I'd single out the Firewall for Loudspeakers as the most potent relative to cost.

For video, nine Blackbodies surrounded a Sony Bravia screen, Oppo BDP-105 universal player, Kinki DAC, Wyred4Sound preamp and Pass Labs stereo amp. To cover different elevations, one disc sat in the right corner of the left window sill behind the TV, one on the TV plinth in the rear, two on its front, one atop a stack of DVD on the right, two on the furniture stand, one atop the preamp, one on the floor. Draining the swamp from all sides was the idea. The colors on the TV seemed more saturated; fine detail of a fleeting landscape shot from inside a fast-moving train clearer and less blurred. The main draw of course was the omnipolar sound. That bloomed in the now familiar ways. I'd just not exaggerate by claiming that "if you think you know a film well, you'll see that you actually didn't." After all, nobody rewrote the script. 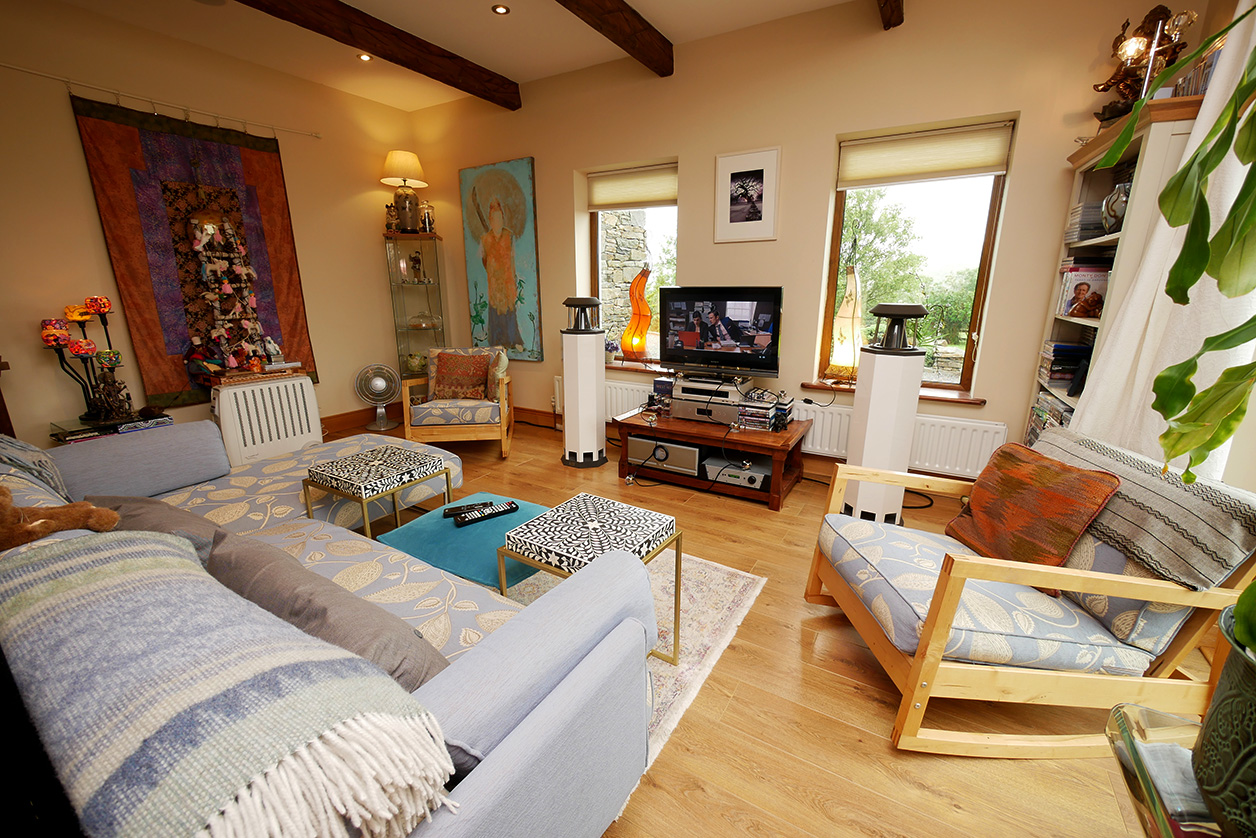 But it's very much the case that films consist of dialogue, music and location sounds; and that a smaller picture with big superior sound is miles more involving that a huge screen with tiny/tinny sound. Improve your TV sound and elevate your entertainment. Wiring up a chain link of discs simply gets visually messy unless fastidiously dressed with leads of just the right lengths. BluTac'ing the plastic stands to avoid cable drag turning/moving them is also a good idea. So some people could prefer to forego the ground wiring altogether. It's optional in the first place. And there you have it: tuning your hifi even video with small very shiny objects which operate outside the signal path in unconventional fashion. 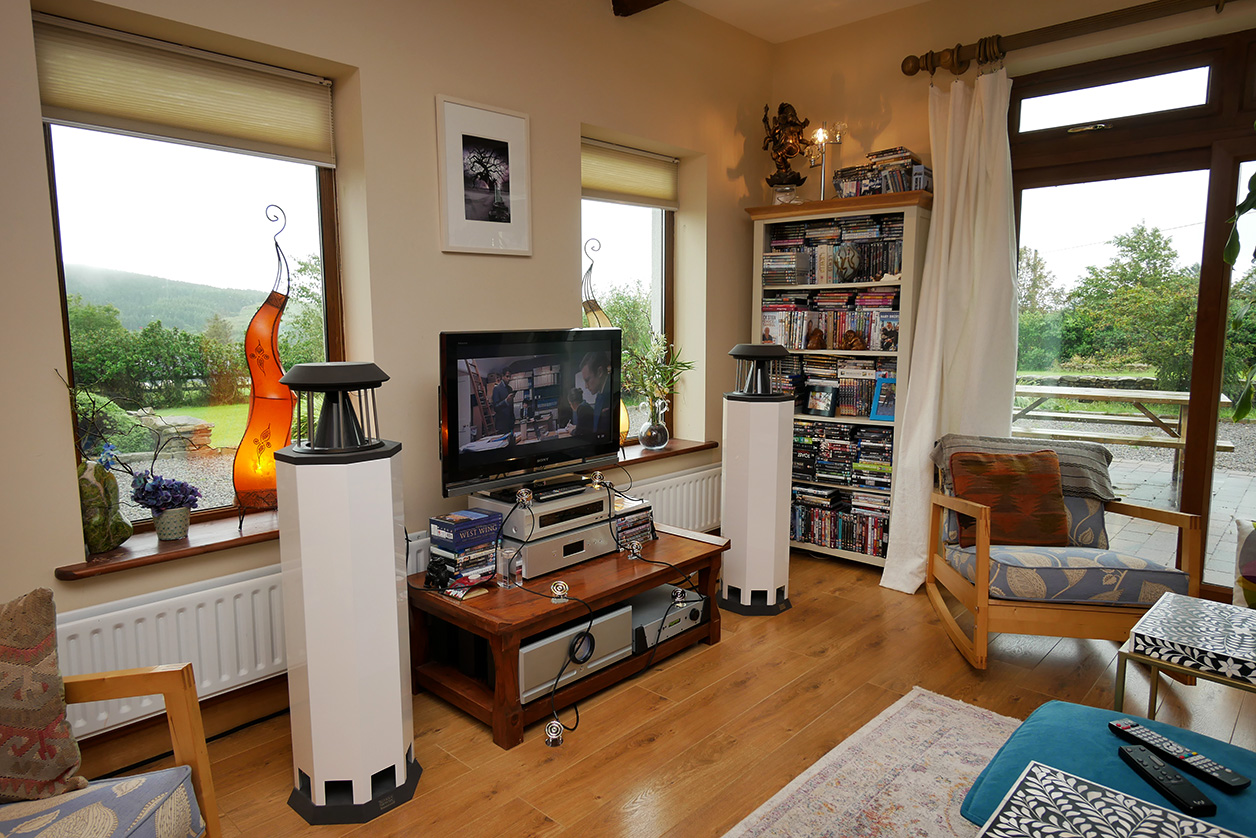 I'll be curious to see how other listeners relate to then describe their effect. It's quite gutsy of a manufacturer with an established rep to create devices whose MO guarantees free ammunition to the usual Prophets of the Preposterous. Franck Tchang's acoustic resonators were there and did that. Then they were copied; repeatedly. Today barely an eyebrow raises when they're mentioned. C'est la vie. For now, Louis Motek's latest is guaranteed to polarize. Which, let's agree, is far more exciting than boring us with more of the usual. So…

… LessLoss Blackbody v2. For the audiophile who already has everything else?

LessLoss respond: On behalf of everyone here at LessLoss, please accept our sincere thanks for having looked into the thinking which led to our theory and investigated the result of this thinking in the form of our new Blackbody v.2 product. Indeed, everything is interconnected in the most wonderful ways. Only through critical thinking can we draw all the right lines and connect all the right threads. These turn into a web, a logical map, and eventually, the further we go, making more and more sense of it all, perhaps some day we will realize potentialities we dare not dream of today. There surely lurk many mysteries ahead, just waiting to be solved by the right inquisitive attitude. Cheers, Louis Motek, LessLoss Audio